A Little Bit of Official Nismo Bling for the Garage!

So the other day, a friend of mine was visiting and noticed I had a "Nismo" clock on the side of my workbench.

I got this clock fairly early on in my garage adventures because I found myself forgetting about the time when I was, for example, working on stripping out all the crap alarm and stereo wiring I found on the car, and of course also when I did my OEM + modern DSP stereo install.  I often found myself shocked that I was finishing my "couple hours after dinner" at 3AM....
Strangely, I of course DID look for something official from Nissan or Nismo, but without success. So I turned to third party suppliers. And initially I was thinking about getting an R33 GT-R themed one, but didn't like any of the designs I found on RedBubble, so decided to go with a simple Nismo logo design I found there.
However this friend being someone who works at Nismo Omori Factory, immediately told me I had bought the wrong clock. Because, he said, Nismo had for sale a clock that, in addition to being equipped to receive the radio frequencies from Japan's atomic clock (thus being TOTALLY accurate time-wise), contained a thermometer and a hygrometer (to measure humidity)... and to top it off, these were the clocks that are used in Nismo's garage pits.  Awesome, but sounds expensive, huh.
So of course, I told him politely that "sure, I'm interested" thinking that he would forget about it and leave me alone. I had checked not only Nismo's current parts catalog as well as the Nissan/Nismo gift store catalog and hadn't seen it so I thought he was thinking about something else.
Lo and behold, I get this delivered to me last week: 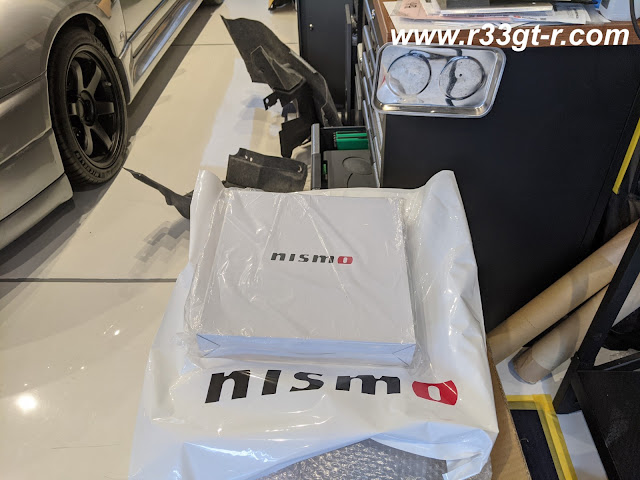 And yeah it has a real Nissan part number (and it turns out that due to shipping costs from Australia for the RedBubble one, this official clock would have been the same price): 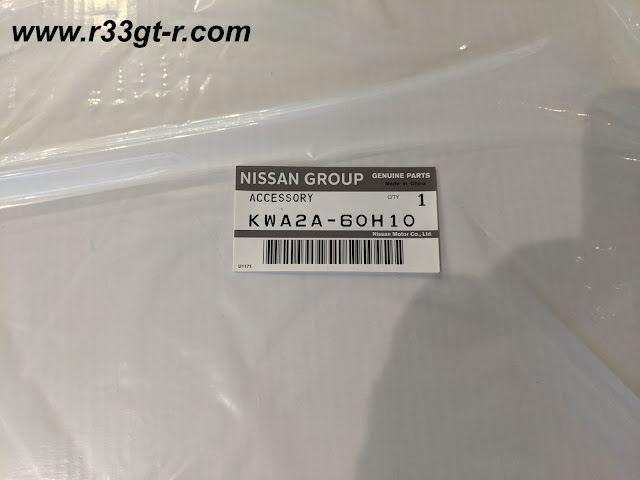 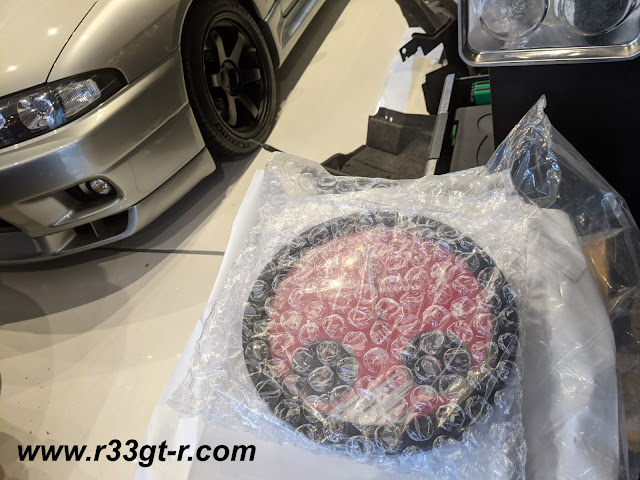 This shot is only here because I like how the R looks in the background lol... 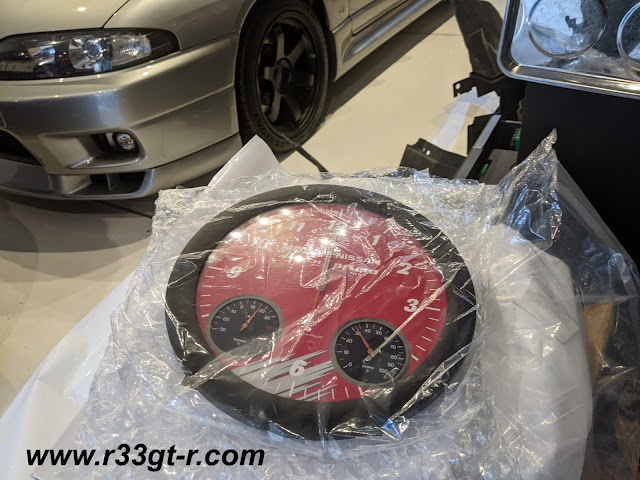 Comparing the two clocks. Basically same size, both take a single standard AA（単3形） battery:
So yeah, I guess it's nice to have an official NISMO clock on the wall... Not sure if I will leave it here, I might move it to the garage wall where it can be seen easier, but for now this works.

Now, what to do with the non-official one...I mean it still works as a clock...