Although I tried researching what, if any differences the N1 bonnet has over the stock one, I could not find anything at all. I did find a couple of photos of what the N1 car looked like, on the GTR-World website.
What's interesting of course is that, if the N1 cars were all offered only in white, then I wonder why the replacement bonnet I bought on Yahoo Auctions was unpainted with only the black primer coat? To paint on the racing team livery? I've also seen scale models of the N1 car, with a carbon hood, but this doesn't seem to be part of the actual factory package, although it's possible there might be a factory carbon hood option Nissan offered AFTER the car went on sale which I don't know about.

For those who don't know what an N1 car is, let's do a quick review:

Towards the end of R32 GT-R production, there was a change to the FIA Rules which essentially eliminated the Group A category by 1993.   Cars now had to be even more similar to the mass produced cars they were based on.  The result was the N1 Endurance (or Taikyu) race series, and by July 1991 the first BNR32 N1 cars were rolling off the assembly line.

So it was only natural that when the BCNR33 went on sale in 1995, there was already an N1 version available. Now, as to how many N1 cars were actually made remains a mystery that I haven't been able to solve, however my resources list out these technical differences between N1 cars and their regular road car brothers. (Reference: book, "Shingata Skyline GT-R no Subete" (translated - All About the new Skyline GT-R) published by MotorFan magazine on February 18, 1995).

Other than these performance upgrades, the N1 car also had no radio, no rear window wiper/washer, no UV blocking windows, no passenger airbag, and no air conditioning, all in an effort to shave excess weight off the car.

So, the only reference to how the hood/bonnet is different is the bonnet lip spoiler, or "hood top molding" as referenced above.

In any case, I had always been a bit annoyed since I found a slight crease on the front right leading edge of my hood - it was ever so slight, but enough to be noticeable.  My theory was, someone sat on the hood for a photo or something, and left the crease! Bastard!! And when I approached body shops to fix and repaint, the answer was always - it'd be cheaper to find another hood and paint versus trying to fix the aluminum hood. So I was resigned to trying to find a good quality used hood.

Anyway -  just when my car was at Nissan Prince to get the Getrag installed, as I mentioned in an earlier post, I found the unused N1 Bonnet on Yahoo Auctions. So I bought it and had it sent to Nissan to be installed and painted while my car was there.

(again, these were scanned in hence the poor photo quality)
The car was then transported on a transporter, over to the paint shop, as I found out in this post. 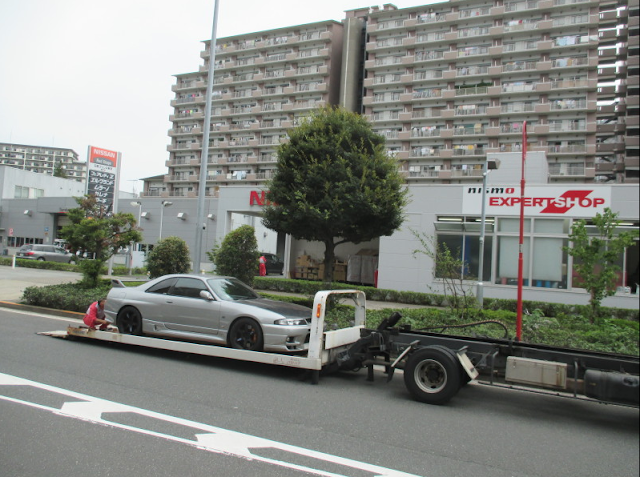 And then when I got it back (but before the professional detail job at RAPT): 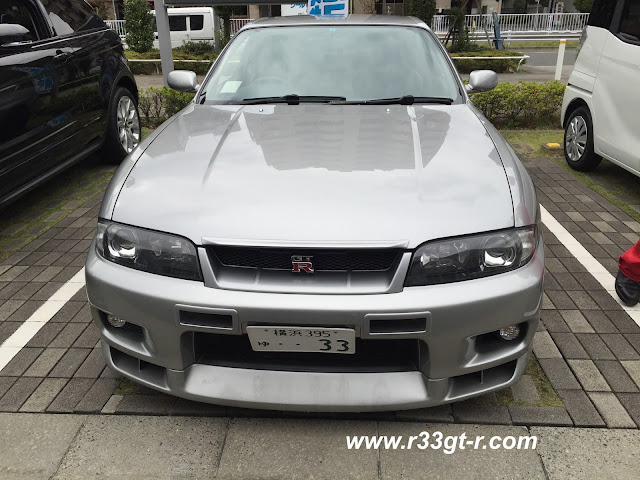 In any case, the car looks great now, and I can lay claim to having an N1 bonnet. I think if there is any homework for me, it is to explain how this bonnet lip/hood top molding works, although I suspect it simply helps to divert some air underneath the hood to help cool the engine better?

By the way - look what I picked up on Yahoo Auctions the other day (thanks to Miguel and Matty from Newera for helping me push the bid button): 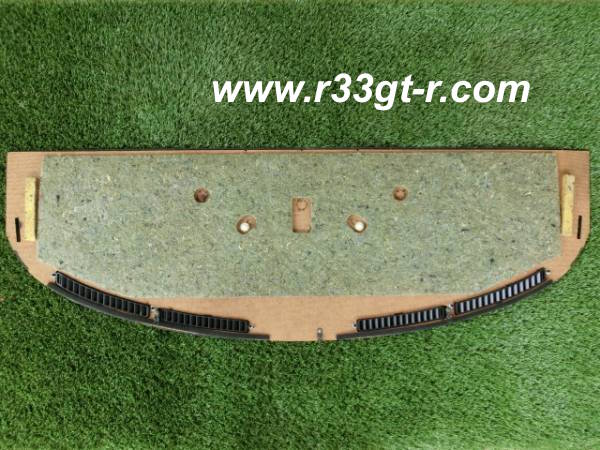 So lucky me, I now have two brand new N1 items... not sure what else out there would work on my car, but might as well collect them for now...
Posted by Aki at 1:50 PM

No passenger airbag! Interesting. My BCNR33 is still a total mistery to me! Its a June 1996 model but doesn't have a passenger airbag and has the S1 coin slot and also the deep arm rest space!

stj88 - well as you know, the deep arm rest space is on cars without the passenger side airbag, as there is no airbag computer that needs to be located there. So long as your car isn't a frankenstein with interior parts from a 1995 car, then you may have an N1!

Do have a rear wiper and A/C. But the car is white. But it has been really tuned allot so stuff like engine block, body kit and hood are all changed. So no real way to know what it is. Unless there is some kind of chassis code directory?

Always looking forward reading your posts Aki!
The "N1-lip/moulding" gives the front of the BCNR33 so much more aggressiveness :)
Love it! Love the rare pieces. Wish i could read japanese and buy on Yahoo.

Thanks so much Johnny - it's comments like yours that keep me going!! :)

My series 3 33 GTR rear parcel shelf doesn't have speakers either. I was very confused as to where the rear speakers went but this post has given me my answer.

Maybe the moulding helps to cancel hood deflection at speed. Toyota Celica ST205 WRC had moulds for that.

Thanks for the info Aki will look my chassis number up! PS i also want to get that hood top molding, there seem to be more versions available. Car-shop F1 sells a carbon version for around 100 euros.

How much did you pay if you don't mind me asking?

Yes I looked at the other versions as well. But for me fit, as well as OEM-ness, was key. Not to say others don't fit but didn't want to drill any unnecessary holes when I bought the piece.

Price-wise - yeah, I think that is about right? Can't recall now what I paid but it was probably a bit less than that, although not by much.

Way too expensive for me, and i don't really care if parts are OEM. They just need to be from reputable JDM tuners. Will have a look then at other offerings form Hasemi, Carshop F1 and Abflug. All seem to be at least halve the price of the Nissan item.

And about the holes, only the N1 lip that you have needs drilling, the others are secured with 3M tape and clips that latch under the hood.

Well sounds like a plan. I did not know that only the Nissan piece required drilling, but with the N1 bonnet, I guess it doesn't matter for me...

Hasemi is my favorite one looks wise ( Except for the super rare Tomei one that i have only seen on one car ever!)

So will try to order the Hasemi one if its still made, and if not the Car shop F1 which is essentially a total copy.

Hey Aki i have been trying to figure out if my car is an N1 form the info you gave me and can't make sense of it. Here is a N1 for sale and the guy posted his vin plate, can't find that B your talking about. http://www.gtr.co.uk/forum/355153-n1-r33-gtr-sale-2.html

What i have noticed about my vin plate, have 4 others to compare it with including that N1 that is for sale. They all start GGJPRW, mine starts GGJPRQ. Anyhow hope you can make some sense, have to like upload my vind plate to photobucket so that i can show it to you.

Stefan- if you look at the link to that blog post, you will see 2 numbers. One is the chassis code on the registration papers, and the one on the bottom is on the VIN plate.
So, having the last 5 numbers as --N-- means the car indeed is an N1 car.
As for your car having the Q and not W, that means it's not an N1 car because it's a standard car, not a V-Spec which all N1 cars were.

Thanks for the info, checked my vin through Nissan Fast yesterday. And its not an N1, guess it will remain a mistery why i have a full Spec 1 interior on a 1996/6 car.

Hi i recently purchased a r33 le mans gtr. It was made in june 1996. The le mans were series 2 skylines and with paint code bt2. But mine has the series 1 interior? Cannot make sense of this and wondering if anyone knows how to find out if genuine gtr le mans or not. vin is (E-BCNR33) BCNR33-23007 GGJPRQFR33ZDA-ARAA BT2 K

If anyone can tell me genuine le mans or what it is that would be fantastic :)

You can make an account on GTR.Sau, there is a thread there where a guy runs your chassis code to see what model it is. Here is the link. http://www.sau.com.au/forums/topic/128496-vins-you-want-fasted/

But your GTR looks to be a real LM because of the colour code on your vind plate, Champion blue BT2. Anyhow about the air-bag, its a mistery like mine car. Do you have the deep hand rest space, so that you could fit cd's up right?