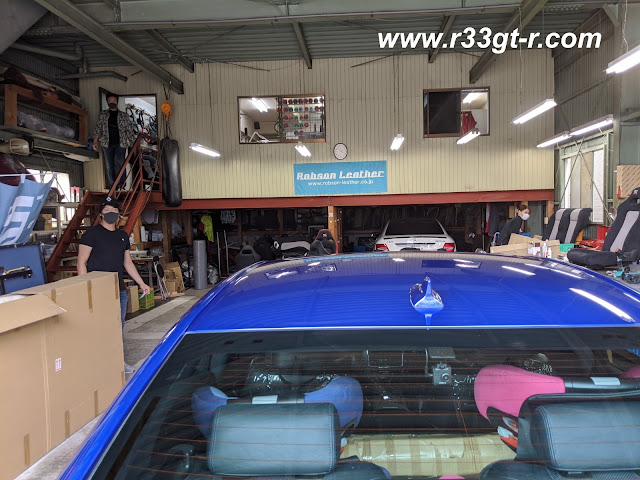 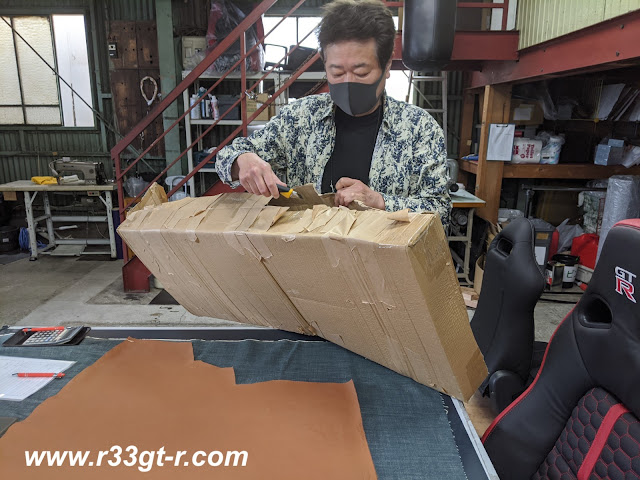 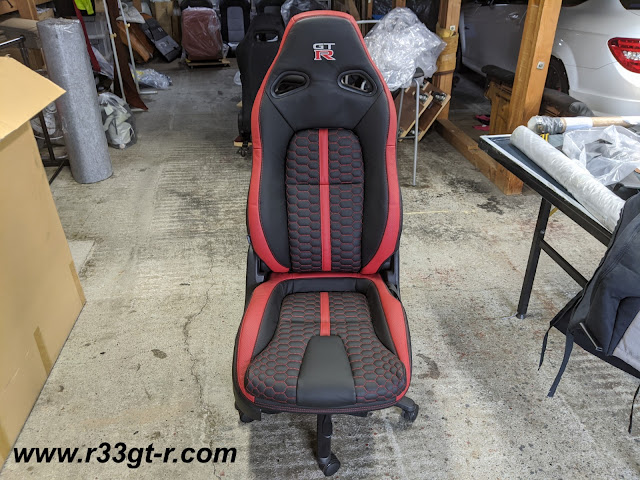 More importantly and for the purposes of my car - I can tell you that we have two projects going. One is relatively straightforward and I hope to reveal in the next few weeks. The other - I may have to bring my car in for them to take precise measurements. If we do move forward on this I will be the world's first, but it will take a few months to complete. Stay tuned!
Posted by Aki at 11:02 PM 2 comments:

I Couldn't Stand It Anymore So...

I yanked out the overly complicated 2-DIN Pioneer Carrozzeria "Cyber-Navi" navigation/multi-media (AVIC-CZ900-M) entertainment system that was installed at Worx a few years ago.

As most of you know, I have never been really content with the device. Not only is it overly complicated, but every time I drove there was this annoying "BEEEEP" that would sound every 2 minutes, which I couldn't figure out how to turn off.  Maybe part of the front camera-based forward car tracking system, which I never used once I checked it out. Better to keep your eyes on the road than rely on some system to tell you a car is entering your lane or you're about to rear end someone!

Additionally, since our phones can now provide nearly-as accurate navigation (although not being linked to the car's electronics means no functioning in long tunnels) no need for a 2 DIN system or a 1 DIN with a motorized screen that flips out.  This means I can now pursue the best audio deck, period, although I see from recent research that most manufacturers are making fewer 1 DIN units.  But I think I will move back to a regular 1 DIN in order to get the HVAC unit back under the 3 gauges.

Finally - I wanted to refresh my memories on how the current speakers sound - the Morel Tempo 602s.  They get very good reviews online, although I see that most people usually have them set up with a dedicated amp - which my car doesn't have.  Unfortunately the damn CyberNavi wouldn't turn on, even after I replaced a blown fuse, so I gave up one last listen, at least with this CyberNavi.

It's hard to describe how heavy and dense this CyberNavi feels.  Must be packed with various electronics. No wonder there's an actual fan on the back.
In removing the CyberNavi, it's apparent that another challenge will be to sort out and remove all the unnecessary wiring. I am hoping that Nakamura did not try to reinvent the wheel and used the existing harness for the stereo and speakers, although seeing some wrapped non-OEM wiring leading out the back I'm not optimistic on that one.  You can see the orange arrow points at the OEM loom for the HVAC unit, so I suspect the OEM stereo loom also would be wrapped in black electrical tape.  As for the green arrow, I think it's supposed to be sound deadening/heat reduction (there is some in the back too), which I will keep so long as it doesn't interfere with air circulation behind the new stereo/HVAC unit.

Anyway - next steps will be head unit, amp, and speakers selection. For speakers, my biggest dilemma is whether to go with a coaxial 6.5 inch in both doors, or try to go with components again. At this time, I am leaning to keeping it simple and go coaxial, but if I DO go with components, where to mount the tweeters? Door mirror sail panels, or A-pillars again? Time for some research... any suggestions would be most welcome!
Posted by Aki at 2:25 PM 4 comments:

Still in Lockdown So I Bought a Sink (Garage Series)

So as I slowly embark on creating the perfect GT-R space in my garage, given that one of the most important task is to keep my cars as clean as possible, when I rebuilt the house I insisted on a hot/cold tap in the garage, with drainage, where I could place a sink. 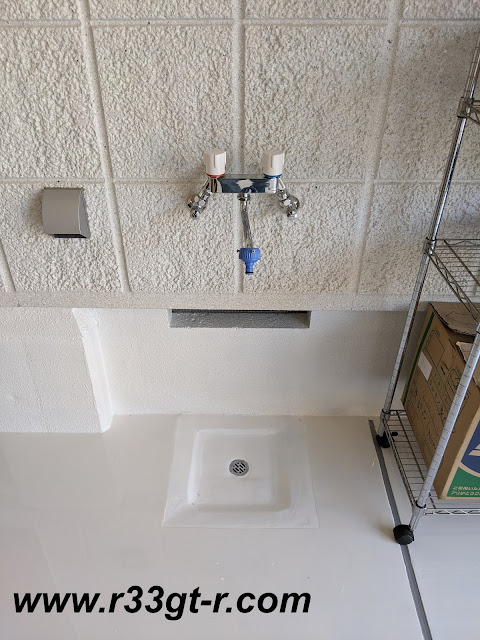 Of course things didn't go exactly as planned, so the first order of business was to have a plumber come over and fix a few things.

First, it turned out that most commercial sinks on the market were taller than what the housemaker thought. So first we had to raise the faucet.
And you can see one other thing I had done, which is to have the new faucet design one of those with a quick disconnect coupler.
Once reassured that a proper sink would fit, I ordered a nice industrial one I found and waited... and about 2 weeks later... 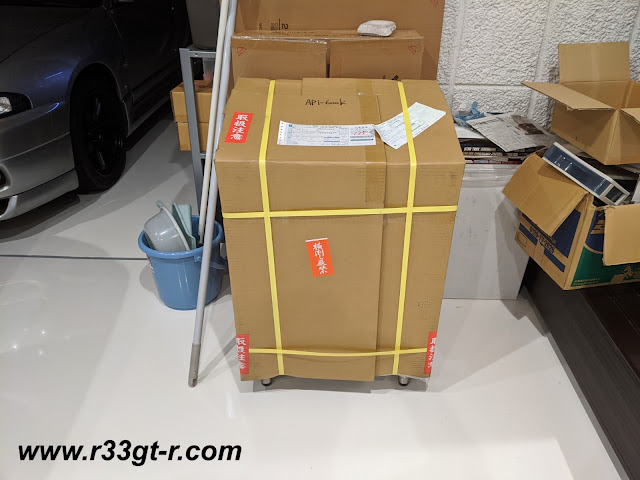 And why yes Mr. Watson, that IS a Roomba you see there.  And that is because, given how clean and white the garage floor is now, I quickly learned that it was too much labor for me to keep it clean.
And I have to say it performs pretty well. Not perfect, but it does both dry and wet cleaning, so the floor keeps pretty clean! Can't quite get the corners but it's low enough to go under both cars and clean underneath both as well.

Anyway, now that I have a proper sink, the next step will finally be to look for and buy some proper garage cabinets. Meanwhile, I've been planning some stuff for the GT-R, so I hope the next post will be about that! Stay tuned and stay safe!!
Posted by Aki at 11:23 AM 2 comments: