Gentle readers, as I finally had a day off from work (national holiday today when I wrote this - Friday the 24th), I just wanted to post a few recent thoughts and observations involving my car that I had as they are all on scattered topics (not worth writing about alone), all in one writing. 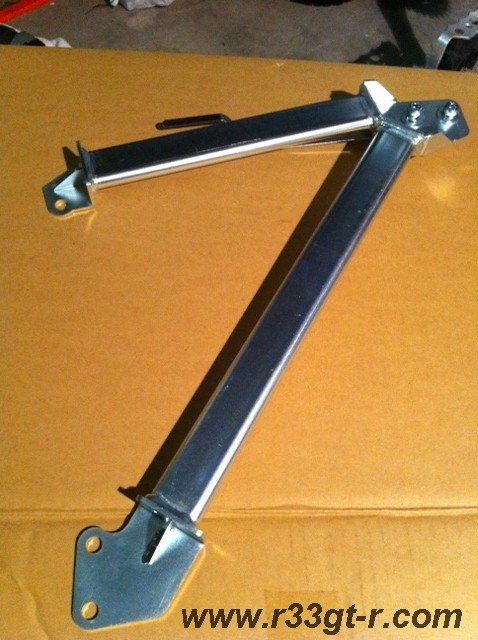 While I was able to feel a difference immediately, I assumed that this type of brace was used only on older cars that were probably designed before automakers had access to supercomputers and hence could be improved upon with a simple bolt on.  But look at this, which I recently found in a current model year catalog for the Lexus GS cars: 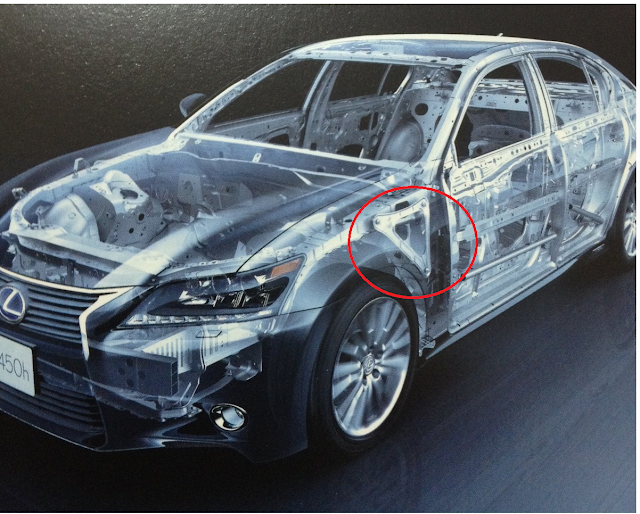 Yes that’s right – an almost identical brace, in the same location! Presumably, supercomputers also agree that an efficient way to improve body rigidity even in today’s cars is by way of this type of bolt on brace. Amazing.

Going even further back – I had installed these underfloor aerodynamic devices

Daytona Ground Effectors. As I recall the car felt slightly more planted with them installed. Unfortunately with the addition of some underfloor Nismo bracing, these Effectors had to be removed as they used the same mounting points, but I continued to wonder what could be done to help airflow under the car. 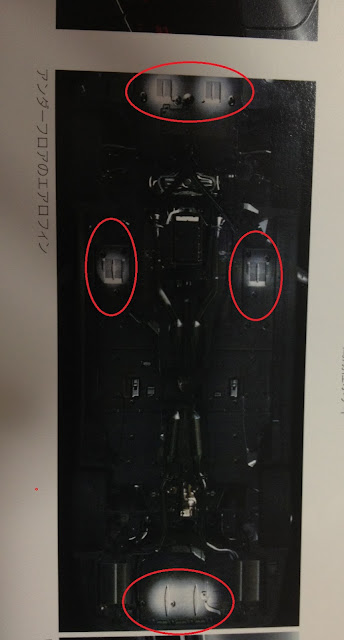 Looking at this photo – taken from the same Lexus catalog as the photo above – shows that modern cars also use under chassis aerodynamic tweaks in order to improve airflow. Interesting. I’m sure that Toyota spent lots of money and lots of wind tunnel time to perfect these under chassis bits, making them minimally intrusive while maximally effective.  As I obviously I can’t replicate this on my car (unless someone wants to lend me a wind tunnel and a computer or two), I think the Ground Effectors may be the most cost effective way to go. So, I may have to rethink about their placement under my car.

Finally, I’m happy to report that I was finally able to take the car out for a full blast run, including a quick high speed run on the expressway, to test out the full breadth of the Okada Plasma Directs.

In a word, awesome.  There is definitely a difference in how the car accelerates. Yes there is more power off the line, and also the engine revs up more smoothly and there seems to be more torque throughout the entire RPM range.  Not only could I tell there was a difference, it was enough of a difference that the new found acceleration was addicting, I was lucky not to get a speeding ticket that night.  Of course, part of the difference in engine performance might have come from the Tomei exhaust (which I uncorked) as well as the colder than usual air, but this would explain only part of the difference in response I think. So as I said before, a worthwhile addition, however get all of the other engine mods done first!


As I’m not a rich man, I have to buy my tools piecemeal, just like most other people (or maybe if I've been good, Santa drops off a nice set...). Especially when the tools of choice are expensive.

As I posted before, I’ve decided to outfit my car with high grade NePros tools by KTC, arguably Japan’s most famous toolmaker.  Last time I had ordered and received the ratchet wrench, extension, and a few sockets.  This time around, I ordered and received the following:
Gorgeous! I really don’t want to use these tools! But in putting these tools into the KTC bag, I immediately realized that, while the bag itself is nice and compact (see my hand for comparison):
We have a problem – not enough space for the other tools I still want to get!

So this KTC bag idea ends up being short lived. So now, my quest includes a larger bag or case of some kind…one idea that I’m considering would be a small plastic or even aluminum case of some kind. If aluminum, a cheap one as it’s bound to get dinged around.  Either way, in order to keep the tools from moving around would have to have straps or maybe some kind of foam with cutouts in the shape of the tools… help this is getting out of hand quickly!

One idea -with tools that are akin to jewels, or high priced camera equipment, why not have them displayed in a foam lined case? Like this: 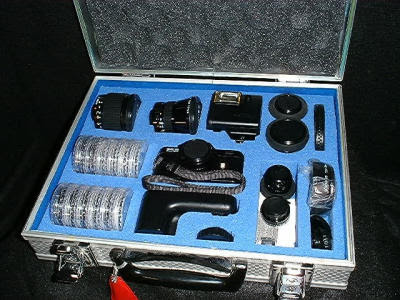 I suppose the challenge would be to find the right size aluminum case. And then figure out how to cut foam to fit? What do people think?

And then there is the matter of storage in my car itself. The R35 tool kit is designed apparently to fit into a space below the passenger footwell. So for my car, where to? Just throwing it into the trunk seems a waste, especially with the time and effort to put this kit together...

Next - I will finish getting the tools I think I need, and then decide on what kind of case/bag to go with...(and yes, "carbon" is tempting too...) Stay tuned!
Posted by Aki at 4:48 PM 2 comments: