A Quick Visit to RAPT Again

So why am I here today? The truth is, I needed an excuse to take my car out, get the engine warmed up as I am going to do an oil change in my garage later today. At the same time, made some inquiries about some interior detailing I may have done... Stay tuned for why!

Ok, ok... actually the real reason is so I can test out the Blogger App for the iPhone. Works well I think! 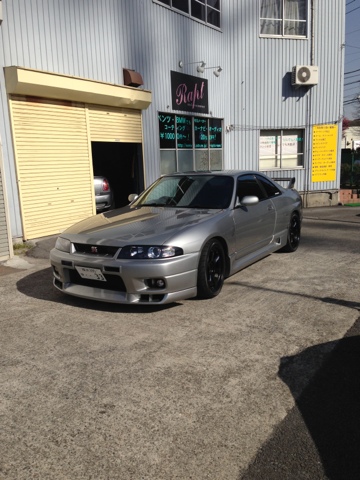 Well with this recent cold weather, I'm not too inclined to go out and work on the car. However, last time I washed my car (after the visit to Midori Seibi and Do-Luck) I noticed that the wiper blades on my car, were a bit dodgy in that the metal ribs that run along the sides of the rubber blade itself were working themselves loose. This would then cause the blade itself to come loose from the frame. Like this: 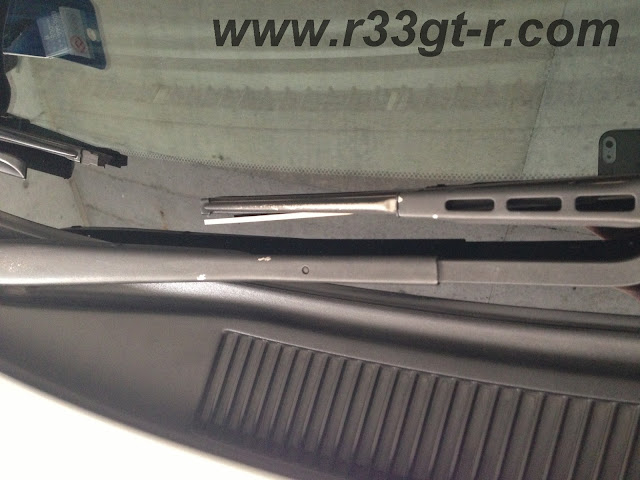 So even though I don't drive much, if at all, in the rain (basically unless I get caught on the way home), I was worried that, if for some reason I had to use the wipers, then Murphy's law would mean that the rubber blade would slip, and then then metal frame would scratch the glass (and numerous attempts to fix this problem by forcing the metal rib back into the rubber had not been successful). So I had to figure out a way to fix this problem. 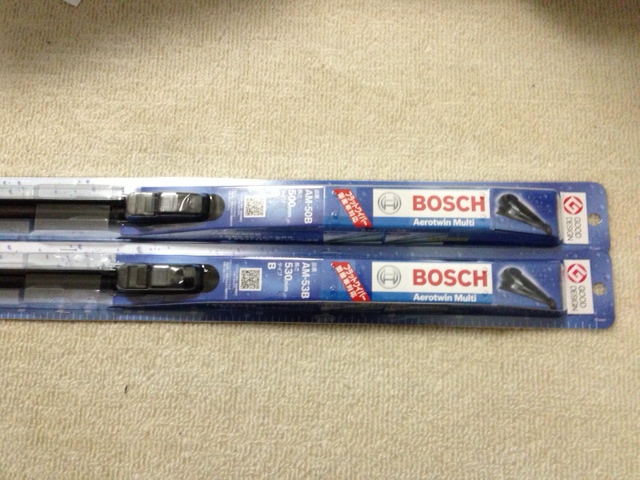 There seem to be several brands of these new one piece wipers that replace the frame and fit the car. But (at least here in Japan) Bosch seemed to be the only one that had a specific listing for my car, and had items that reflected the different sizes left and right, for their top of the line Aerotwin wipers. Plus of course the aerodynamic nature of these wipers was cool, especially as the OEM driver's side blade frame has a small built in spoiler just for that purpose (to prevent the wiper from lifting off at speed). The design also promises more evenly spread out wiping ability, and the rubber blade itself is easy to replace.

These are an easy install, they come with an adaptor (Bosch calls it "Quick-Clip") that allows retrofitting to most cars by attachment to the U-shaped wiper arm end. However, here is a tip for our cars - the instructions state that the cover can be opened up to let the U arm fit over the internal clip - this is not true on our cars. Due to the curved nature of the wiper arm, the covers have to be gently forced off (after insertion of the arm), then the U hooks over the clip, then the cover can be snapped back into place. Like so: 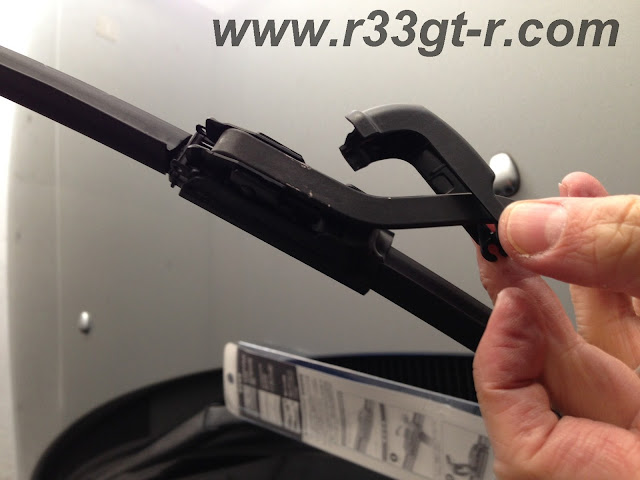 I was also going to take this opportunity to re-paint the wiper arms, as the original flat black paint had been rubbed off in some spots - except it's just too cold and I wasn't about to start spraying black paint in an enclosed garage... so that small project will have to wait for warm weather.

Anyway - here is a before picture with the OEM blades (excuse the mess in the garage...): 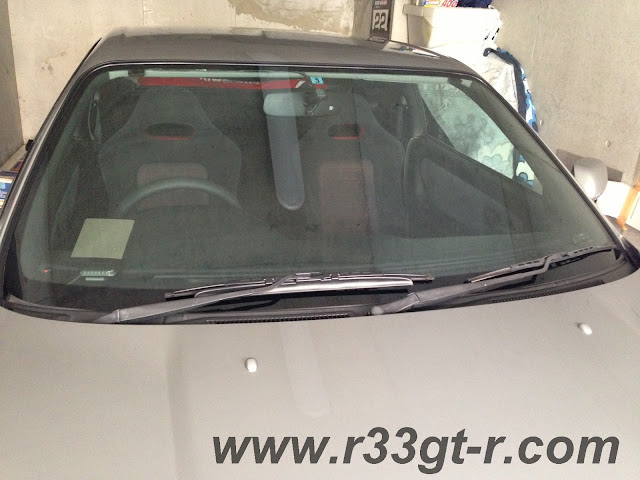 And here it is, after fitment of the BOSCH wipers: 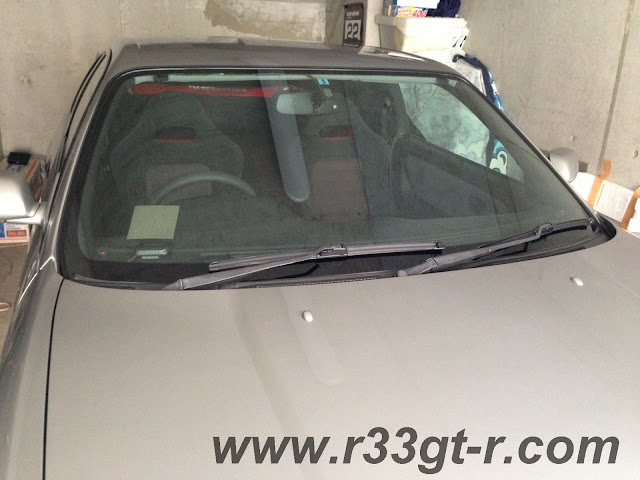 So what do people think of how they look on the car... a bit too modern perhaps? OR subtle enough that it works? I'm sure their superior performance alone justifies them, but in my opinion they just look a bit weird...the OEM mini spoiler was actually kind of cool.  Also, I wish there was a way to keep them half hidden under the hood.

Oh, and what should I do with the rear wiper? Same thing? The question here is, does it need to be aerodynamic in nature as well?