But the Nismo floor mats that I wrote about in my previous post, weren't the only goodies included in the care package I got from "Mr. E"!

Digging further the box revealed this - yes another bit of Nismo bling I hadn't bothered to purchase for myself yet: 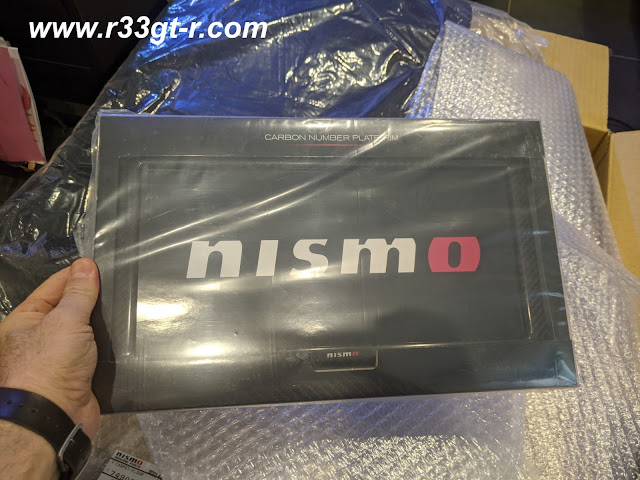 And the reason I haven't, isn't because I didn't want it - it was because there was no matching pair for the rear.  It's not as easy as simply using two, one for the front and the back, because in Japan the rear plate is mounted securely so it cannot be removed without destroying a metal cap (circled in blue below) that is installed when the car is registered at the local Japanese DMV. 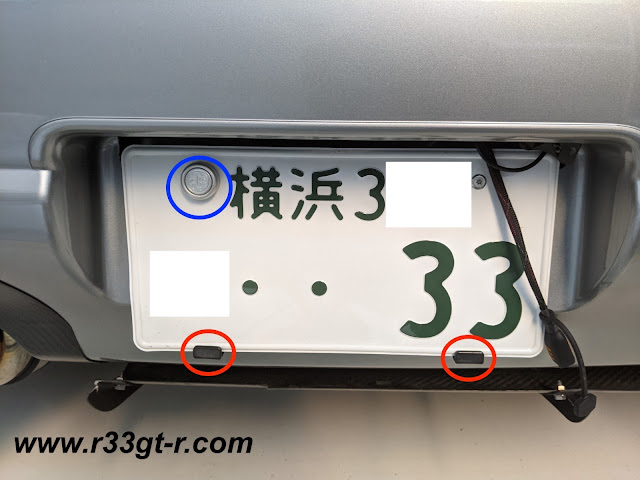 Note there are also these 2 black metal clips (circled in red above) which hold the plate in place. So affixing any kind of cover is tough if you try to do after the car has been registered. So what to do (legally)?

A quick search on Amazon and...
Of course, my OCD meant that I had to double check to see how it would look compared to the NISMO one. 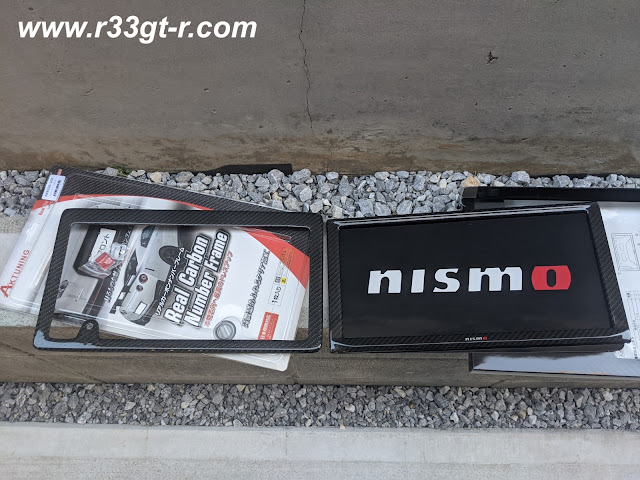 And here they are close up. What do you think? Very close, at least the grain is a similar size and direction! 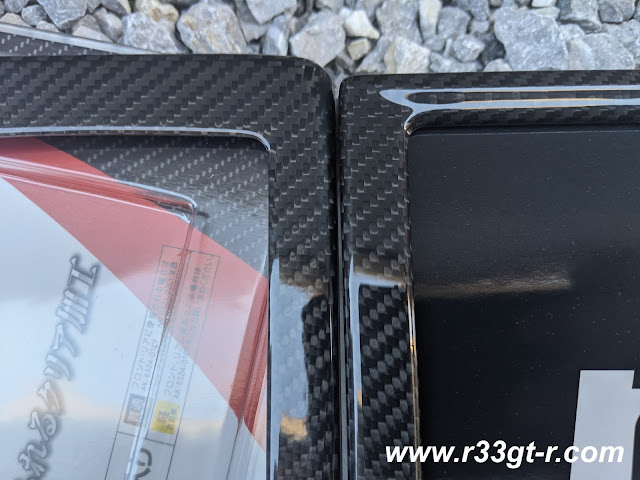 So now it was time to get the Nismo frame ready. Note how the bottom of the frame has not only the sticker in the middle, but the sides are indented slightly. 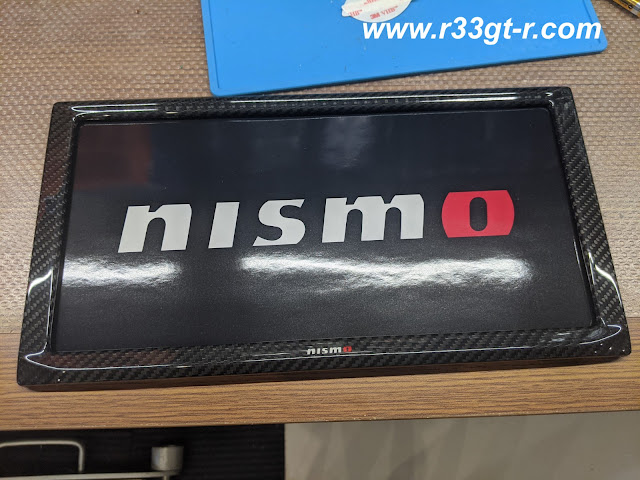 My front plate. Looks dirty, and what is that weird cracking next to the bolt hole? 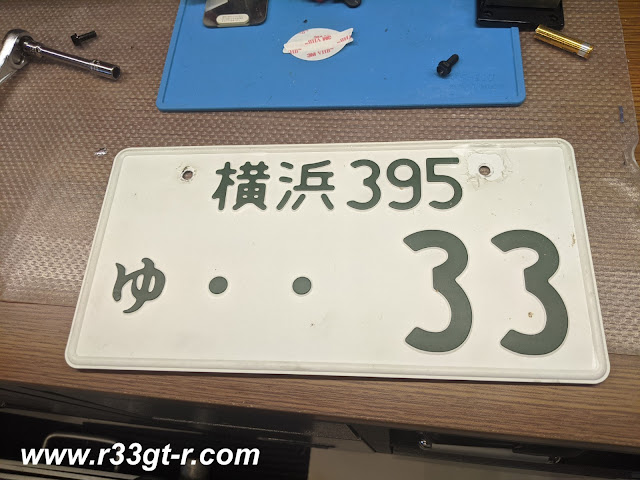 Actually, this is what happened after I applied clear PlastiDip as an attempt to protect the front plate from rocks and bugs. 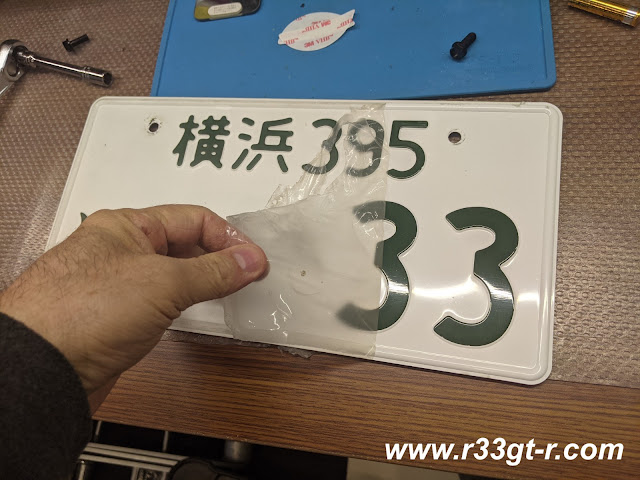 Close up of the backside of the Nismo carbon fiber! 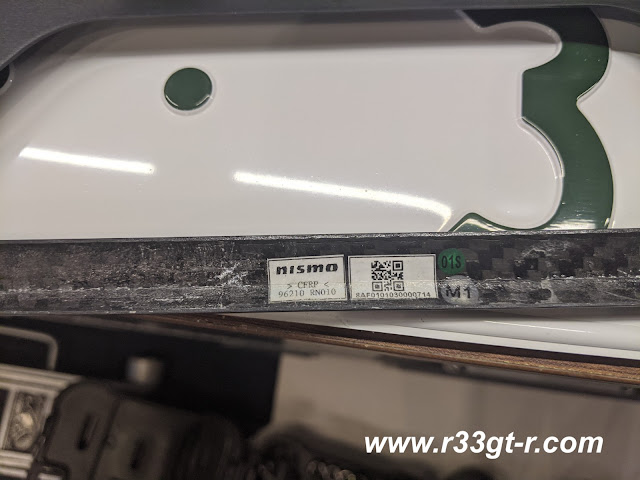 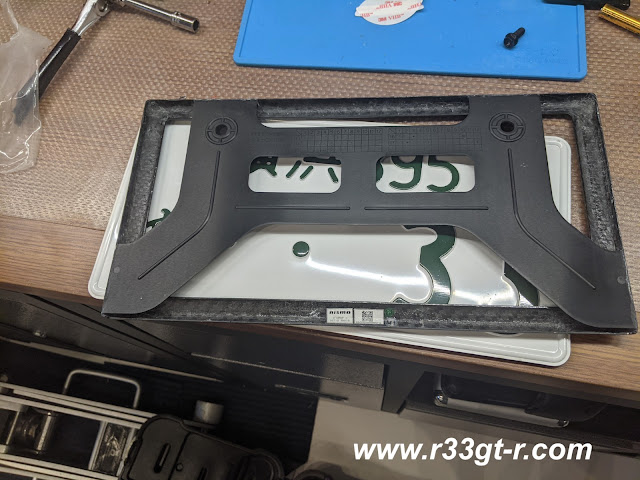 And you just slide the license plate in. 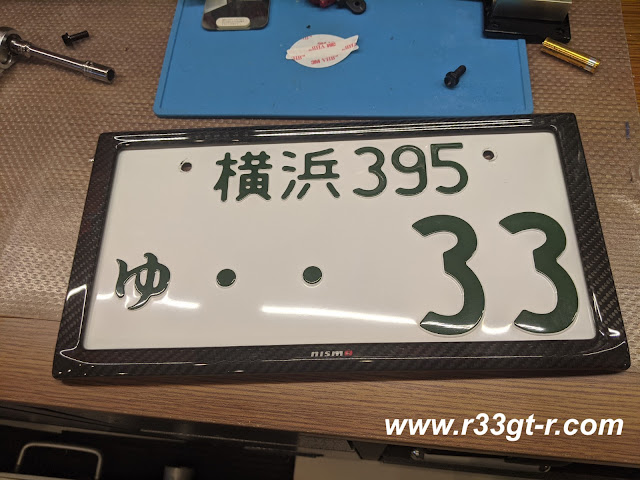 Now for the rear. Basically since it was only a frame (unlike the Nismo one) I simply draped it over the rear plate and tightened the one screw.  But as you can see by the green arrows, the bottom clips were preventing a flush mount. 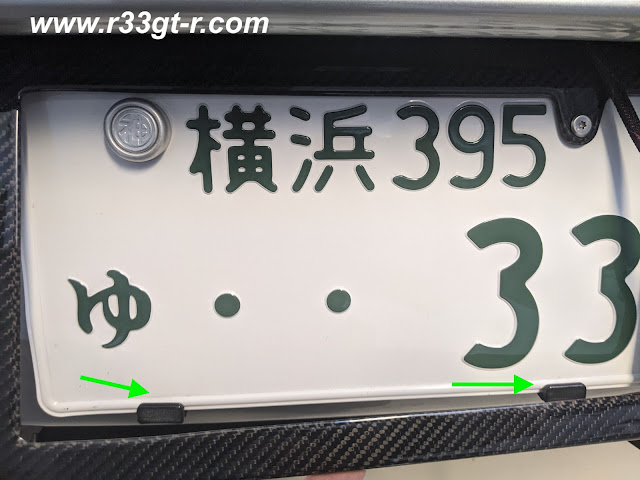 Time to experiment with some double stick tape. 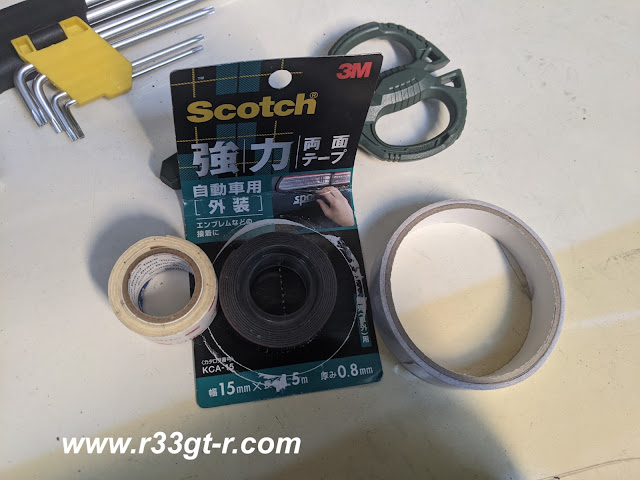 Which I applied to those bottom clips. 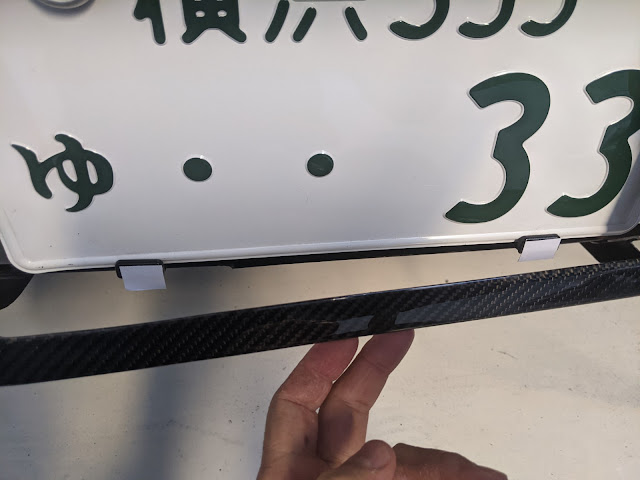 Doesn't look bad, but doesn't look great either.  I think the bottom of the frame is a bit too thick? 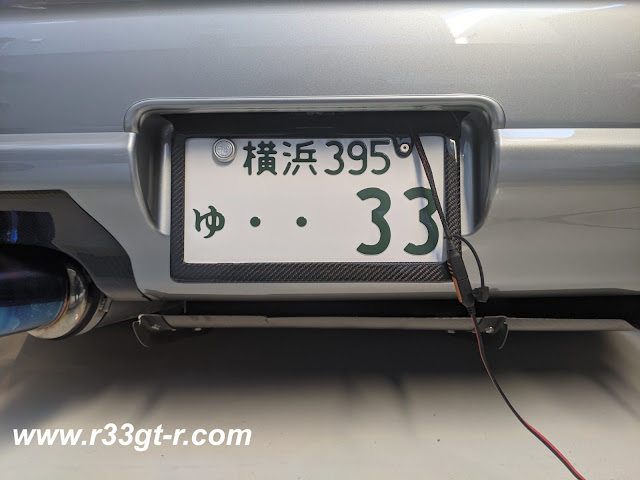 Ok sorry for the camera angle. But you get the idea. 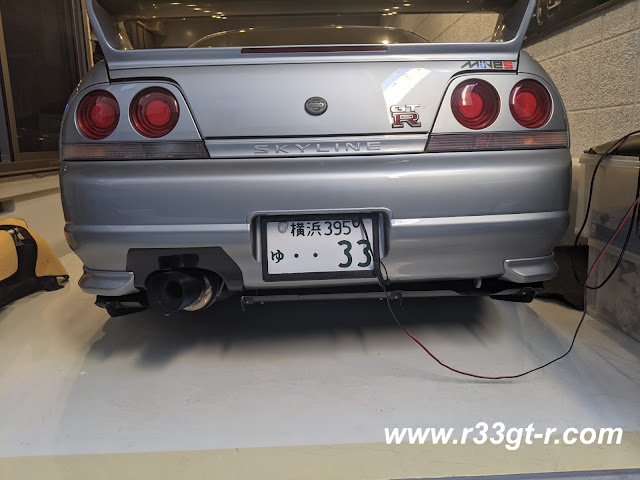 On the front however it attaches solidly. I think I will have to get used to this look, it does give the car a bit of polish up front but sadly as there is no other carbon fiber in front, doesn't match with anything (the rear has the wing and the exhaust surround made of carbon). 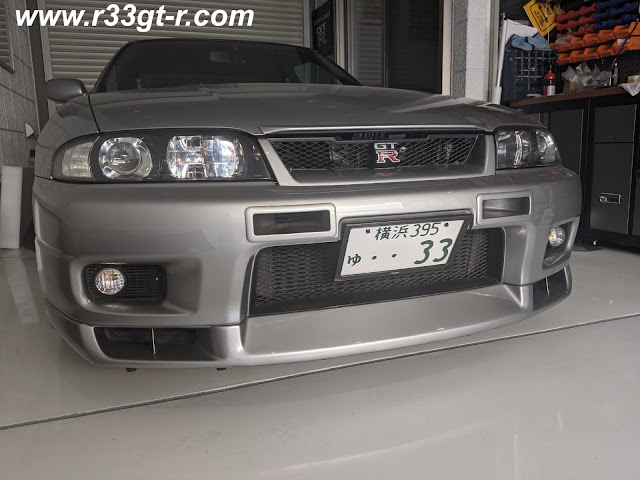 So what do people think? Yay or nay? Obviously I am totally thankful for the kind gesture by "Mr. E" and so want to make this work. I think maybe if I can figure out a way to get the back to match the front...

I think the Carbon plate looks a little out of place. Maybe time for a carbon rear diffuser and front Lip :P