OK, let's get away from Guest Posts for awhile...thanks to Thomas and Sami for their contributions. Anyone else?

I had somehow broken the HKS Kansai carbon front diffuser shortly before I repaired it in that post. My recollection is that it was either at Fuji Speedway, or on the way home. Regardless, I had patched it up with my rudimentary fiberglass skills, but never really felt good about the repair. I had also wondered how the Kansai piece worked. It has the scoop in the middle, which apparently forms turbulance and creates a sucking effect. I mean, I never felt like the car was floating, and it DID feel better than with just the standard piece... and who am I to say that HKS Kansai got it wrong?

But then a few months ago, my friend Russ (yes of RE-xtreme fame - http://re-xtreme.blogspot.com/ and http://rextremeiii.blogspot.com/) lent me a video which explained race car aerodynamics. Not one car they had featured there had the Kansai scoop. In fact, they all were seeking to have as flat a floor as possible. So I decided to see what other manufacturers had, and stumbled on a model by Silk Road. http://www.silkroad-jp.com/

Given the trouble I had with the large, single piece Kansai diffuser, I was not averse to the three piece setup. I also like the fact that the airflow looked very similar to what Nissan had designed for the R34 (figured that it can't be bad). I wanted to go with the least expensive FRP, but the only ones available were the "silver cloth" Carbon Fiber model...so this is what I got.

Here it is, you can see the color and the three piece construction. 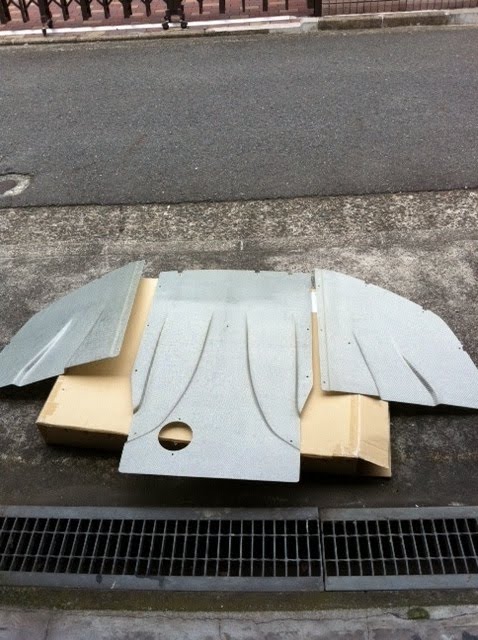 Anyway, with the car up, and me getting ready to install these piece, me being OCD I decided to clean up as much as possible. Break out the Simple Green! 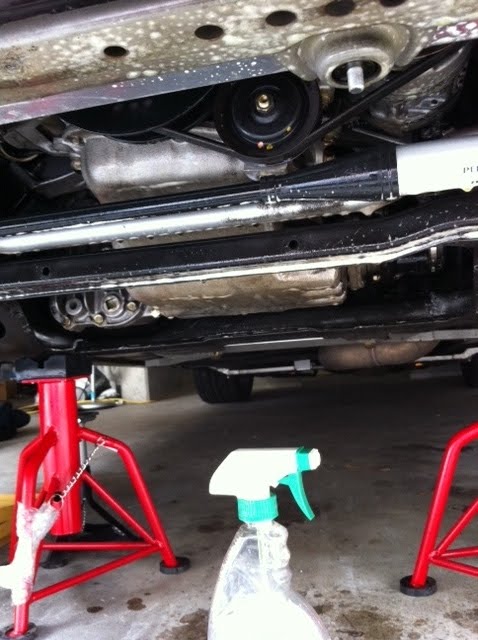 Then, while inspecting the bottom, I ran across this weird thing - anyone have any idea what this is? Does it serve to cool the power steering fluid? 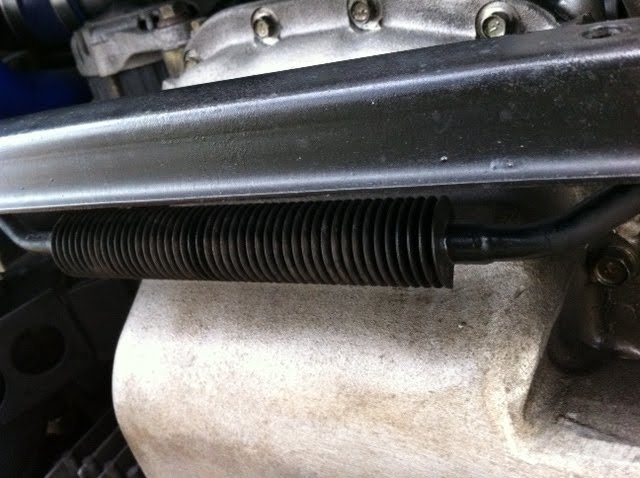 Compared to installing the HKS Kansai product, which requires two brackets to be inserted INTO a cross member, and relies on bolts that can rattle loose, I found the installation of the SilkRoad product to be much more straightforward. Except for one problem. The Nismo Performance Dampers are secured between two brackets. But these brackets also block the installation of two hangars which are bolted into pre-existing holes. Hence, I had to go out and buy two pieces of aluminum, which I then bent to go AROUND the Damper brackets. You can see the standard hangar bolt on the left, and my contraption on the right (hope it holds...) 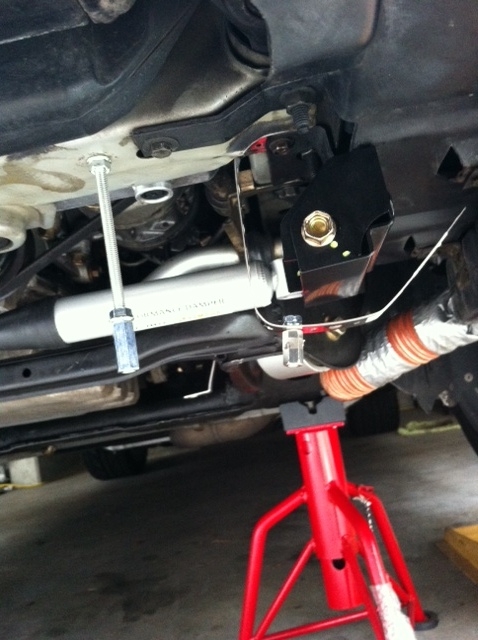 But once this makeshift bracket was on, it was simply a matter of installing both side pieces... 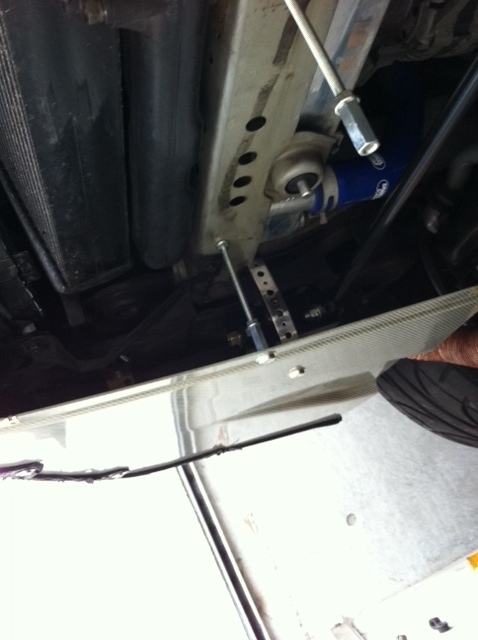 and then following with the center piece. The hangar bolts do the majority of the stress work, but the pieces also use the holes in the standard lip spoiler (Series 3 only) for further security. And here is how it looks when all done! 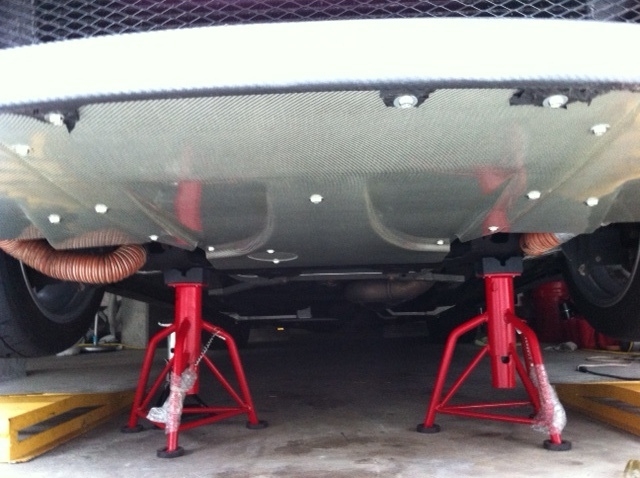 Another point - the access hole for oil changes is actually covered, unlike the HKS Kansai one which was 1) too small (car at wrong angle and oil ends up flowing INTO the diffuser), and 2) not covered. I haven't done a high speed test yet at Fuji, but on the expressways I have not noticed anything odd, or insecure feeling. Stay tuned for a further report!
Posted by Aki at 10:11 PM

Love the front diffuser! I reeeally want front and rear diffusers... But how to know that it's actually working?