LED Back Up Light

In conjunction with having the rear windows tinted, my friend Russ suggested that I install one of those "super bright" LED bulbs for the back up lamp, so I could see what I was backing into.

So I found this interesting looking bulb on Rakuten, the seller claiming it was one of the brightest out there! 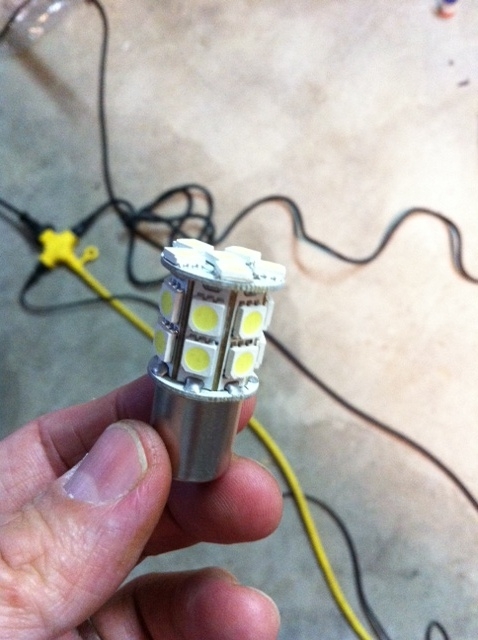 And here are the before and after pictures. You'll note that the Series 3 R33 GT-R only has ONE back up lamp...(the other being used as a rear foglight)

Before (with regular but bright incandescent bulb) - note that my iPhone automatically used the flash. 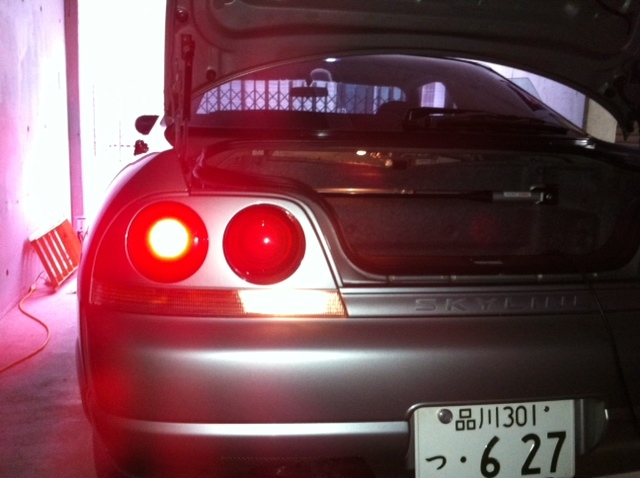 After install of the LED - note that the iPhone did NOT use the flash. 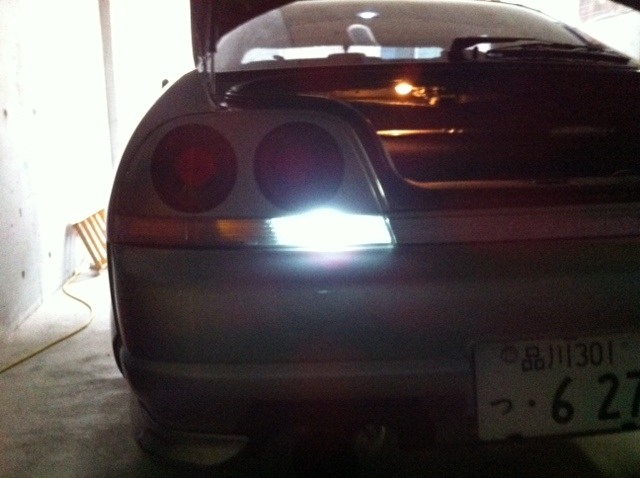 And so I manually activated the flash so we could directly compare with the before shot. 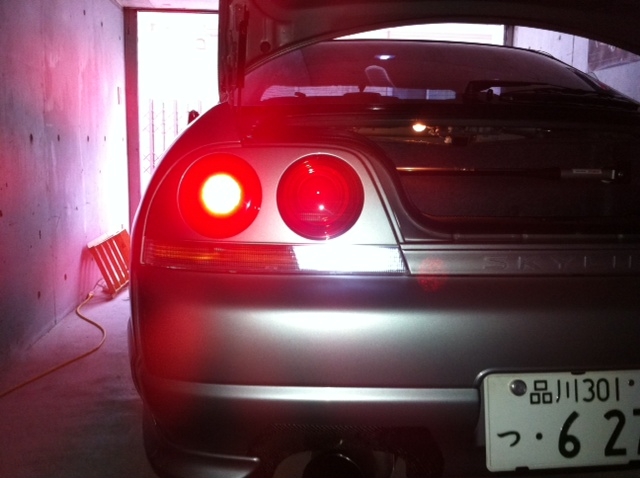 One issue I noticed was, the plastic casing where the bulb is inserted, has no reflective cone that can be used to further direct the intensity of the bulb. So, I think a lot of light gets diffused to the sides. Since the bulb is easy to install, one continuing project will be to try to find a silver plastic cone or use alum foil or something in a cone shape, to see if I can't get the rear back up bulb even brighter. Stay tuned!
Posted by Aki at 10:24 PM

Hi Aki, hope you're well, my name's Matt from Sydney, Australia and I too have an R33 GTR V-Spec :) I LOVE your blog and your car! I wish you all the best in your future projects with it :)

Hi mate i was just wondering what the model number of the bulb was?

Let me know if that helps!