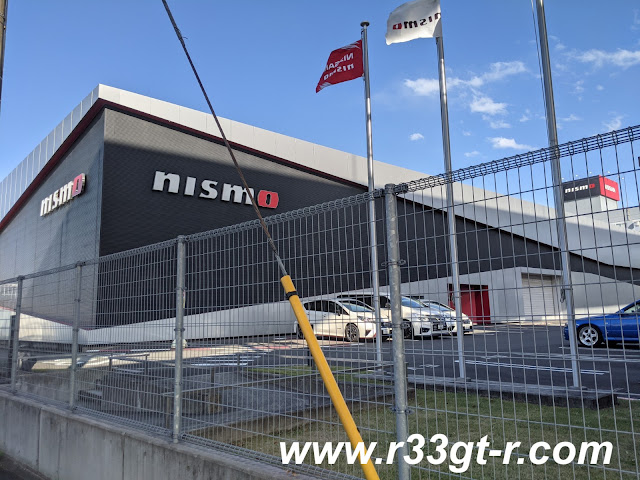 As I mentioned in my last post, I had dropped off my car at Nismo Omori Factory for some additional work. This time, I decided I would take the train and walk there from the nearest station, which is Namamugi Station on the Keikyu train line. If you ever choose to do this, just make sure you have enough battery charge on your phone for Google Maps to guide you, although essentially it is a left out of the station onto the main road, then a right turn onto the large street that takes you all the way to Nismo, which you will see on your left after about a leisurely 20 minute walk in a very industrial, and dirty, party of Yokohama. Sad but true. 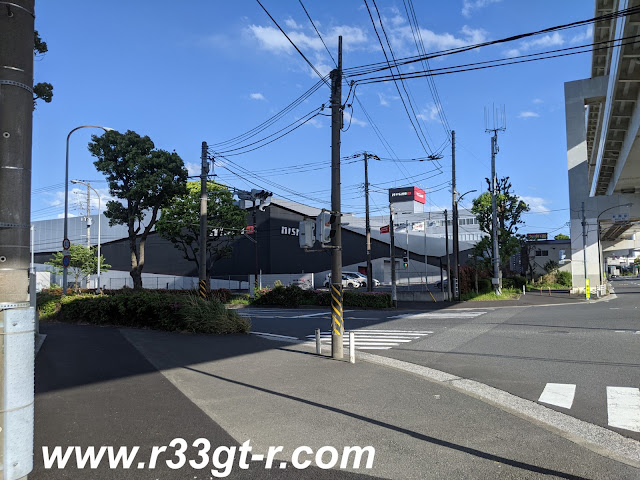 First, as many of you may recall during the car's long stay at Omori Factory we found that the OEM cigarette lighter wiring had been completely hacked out and the mechanics didn't have time to restore it.   So this time around the guys had to create a new cigarette lighter lead and wire it into the main harness.

To show me it was working, Ochiai-san sent me this video:

That was the big one (I need to mount and charge my phone somehow!), but there were also a few other details that had to also be perfected. For example - a minor point but the valve stems of the aftermarket tire pressure sensors (post coming soon?) were silver and detracted from the overall look of the wheel. So I asked them to paint them all flat black to match the wheels.

Speaking of wheels, for some reason even though they had done some wheel repair on the left side wheels, they had forgotten to apply the RAYS/VOLKS stickers. Oops - no way I could offer the car for a photo shoot, if I was lucky enough to be offered one, with such an important detail missing!

After, close up of front left wheel: 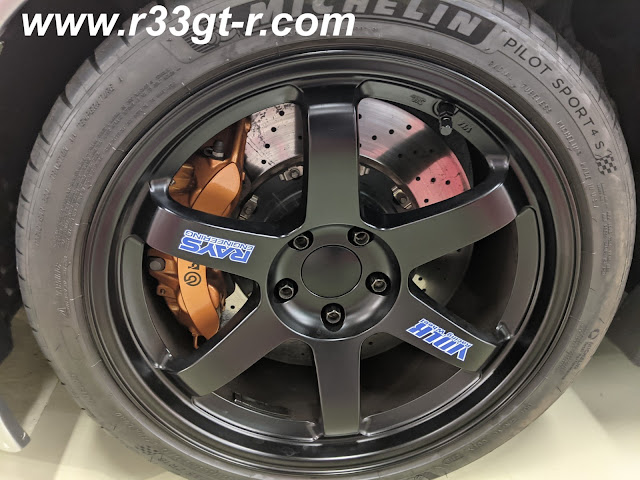 But I also had some additional things I wanted to discuss, and hopefully have remedied. For example, while I was fixing the mess caused by Worx, restoring the stereo to the OEM cassette deck and adding a modern DSP amp, I realized certain areas of the interior could be improved.

For example - take a look at this, which I posted last time: 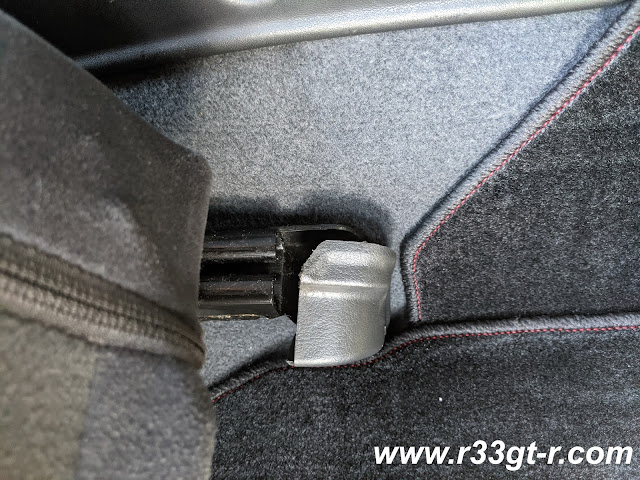 While I was able to find both covers for the rear tracks of the front seats, for some reason I couldn't make the inboard ones fit properly, as I mentioned last time.

One thing that Ochiai-san recommended was to replace the door strikers with new ones - the old ones still worked, but were somewhat ugly from 24 years of use.  I forgot to take a photo of the old ones, but they were ugly, with the thin layer of plastic peeling off.

Finally, the trunk - when I finished wiring up the amp in the trunk, for some reason the interior trunk liners just did not seem to fit properly. 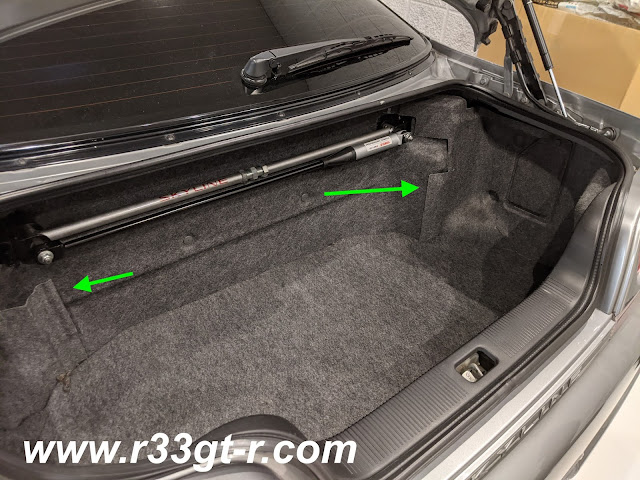 I had noticed they were "off" when I took them out, and at the time I wasn't really paying attention but when I put it all together they were still off, and just didn't seem right to me that Nissan would sell a car with such messy trunk liners.

Well this turned out to be an easy fix - those flaps that stick out from the side trunk liners, get tucked INSIDE the black reinforcement frame. Doh!

So much better, but the green arrows point to imperfections. On top, the flap on the center liner that attaches by velcro to the top of the left liner, is torn; and for some reason the left liner is cut? So now I will have to find OEM replacements...

Unfortunately, there were also a few mechanical issues that were NOT fixed - one was this weird sound that I could hear when the ignition was in ACC mode (excuse my breathing)...

So is that it? Did I really just blog about a visit to Nismo where they did mostly cosmetic repairs, drop a hint about a future repair, and not even talk about sexy stuff like carbon parts or parts not normally found in the Nismo catalog?  Well, tune in for Part 2 tomorrow then...

I don't hear that kind of noise when my car is in ACC mode but every time I turn the car to "on" I hear some kind of servo whirring in the dashboard. Is this normal?

yes the servo noise is normal. will let you all know how the new temp sensor works out!

Looking forward to it. My car is definitely not as clean as yours but I've been really surprised after spending more time with it, I was thinking I would really deeply regret spending all of this time/money/effort on an old Nissan but I'm feeling more like there really was something special going on with these cars that has carried through the years that has yet to really be replicated.