So here in Part 2, I want to take a look at these three 33 GT-Rs that I found at the event.

First, let's look at this custom colored 33 - owned by our friend "Nismo" Jefferson, he is quite active in the local Okinawan car scene, with his own Facebook channel where he shows off some pretty interesting things he's done to his car. Check out the folder called "King Midas Kaiju-R" (Kaiju-R is the name of his car!)

Since he's a much better photographer than me, let me share some photos he took recently. Really shows off his custom color scheme, I think!! Check out how different lighting results in different shades of the color! Especially the front lip! 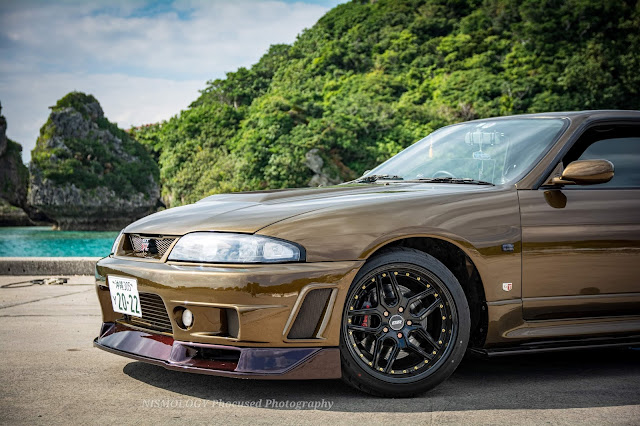 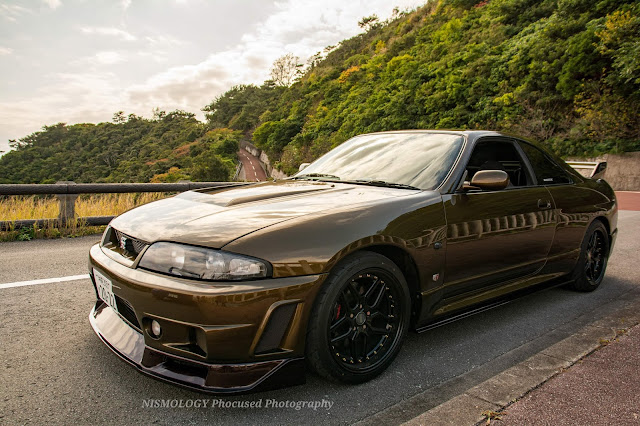 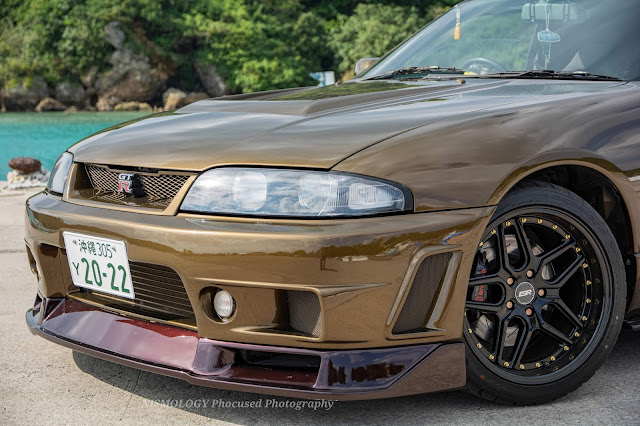 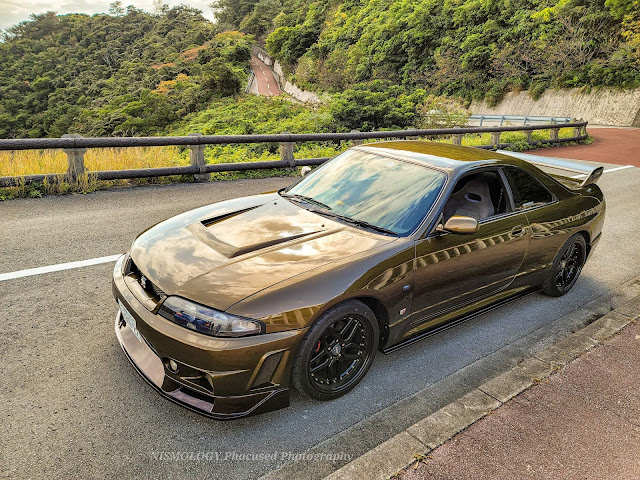 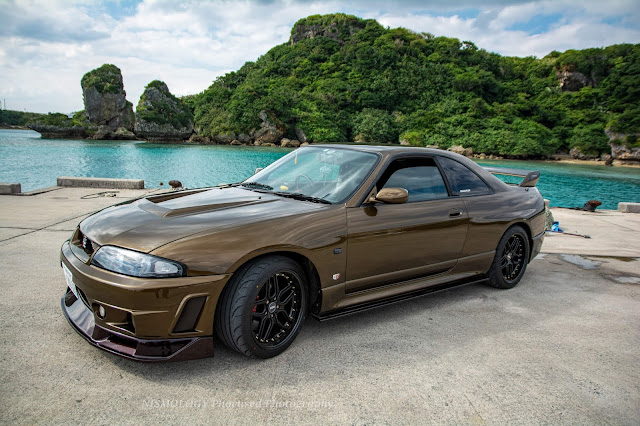 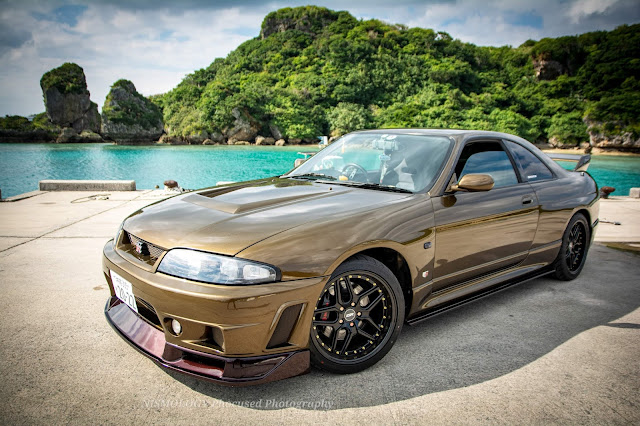 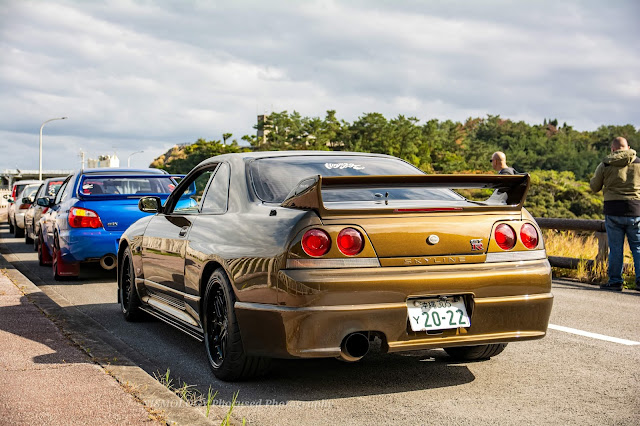 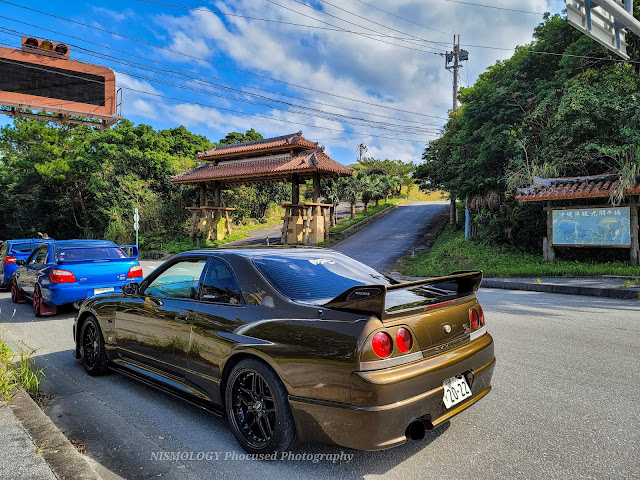 Most amazing are these infinity tailights he installed - check out that 3-D effect!!!
Next is this white machine owned by Jay - unfortunately I probably won't be able to check it out next time I'm in Okinawa as Jay is moving to Guam at the end of the month, but those of you in Guam, you are forwarned! 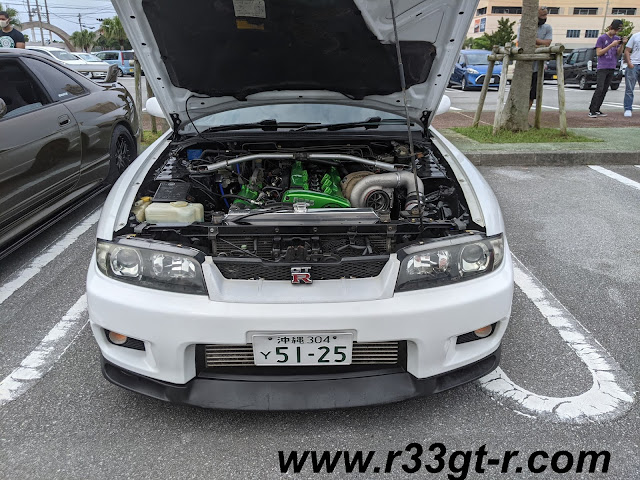 The car's complete spec and history is long, so I had to ask Jay himself - but basically his obsession started when the stock turbine disintegrated after the boost line came apart - he admits he did not have an external boost controller.  He says he saw the boost gauge a bit erratic, and was going to borrow an external controller to try to diagnosis it, but the ceramic wheel came apart before he could do so.

The ceramic pieces went into the engine/combustion chamber and destroyed it. So of course, he got a new/upgraded block from the Nismo Heritage Parts program.  While he was rebuilding, he decided to improve everything - so he started with an N1 oil pump, and Spool spline drive kit machined into the crank.  The crank is an Eagle billet/lightweight knife edge crank - balanced and checked by NAPREC (they did all the machining work). 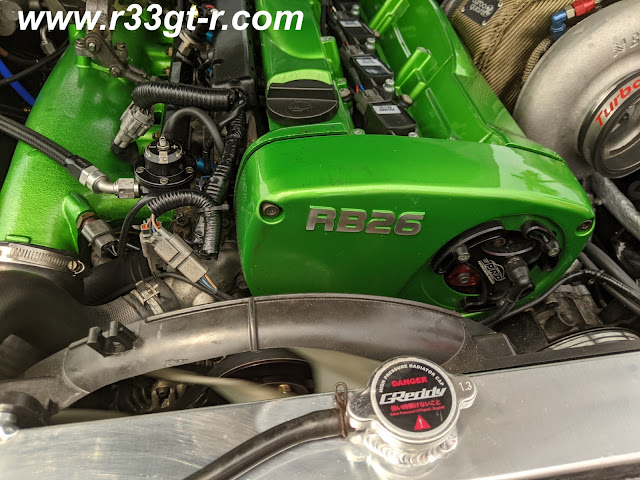 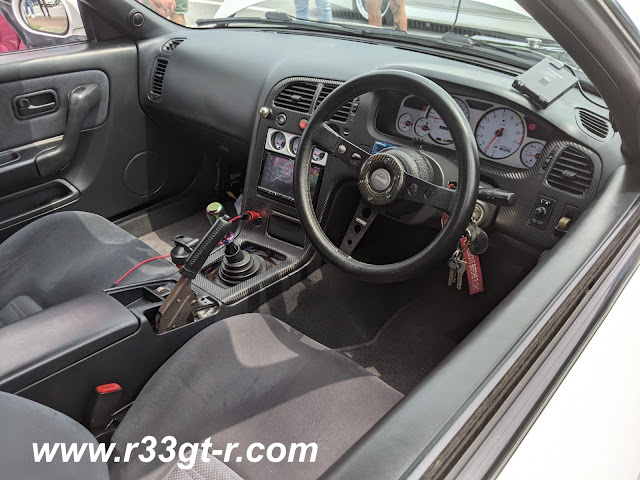 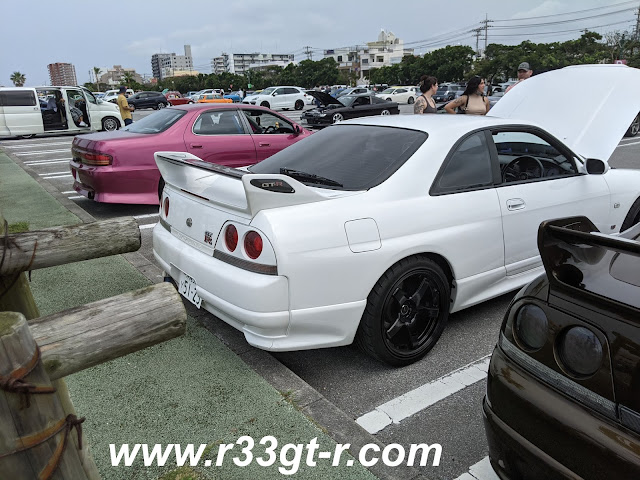 Finally, the newcomer to the Okinawa car scene is this gorgeous series 2 AR1 33 owned by Ryan. 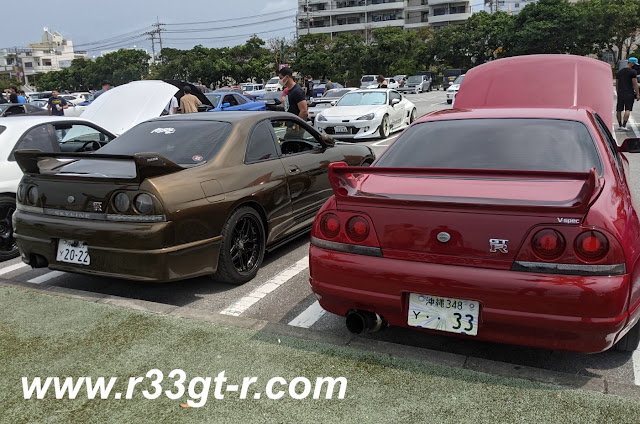 Ryan told me he's been saving since high school to buy his dream car, and this is it!  He just got it a few months ago so he is currently educating himself and plotting how to preserve/modify/improve his car.  However, one of the first mods he put in were some Ohlins DFV Road and Tracks, and having ridden in the car, I can vouch that they are doing their job.   He's also installed a Tomei Expreme Ti titanium exhaust, which of course I am very familiar with.   When I followed him in my rental I didn't see any flames shoot out of the rear which means the engine is running near normal, but Ryan tells me he has some plans in that area. 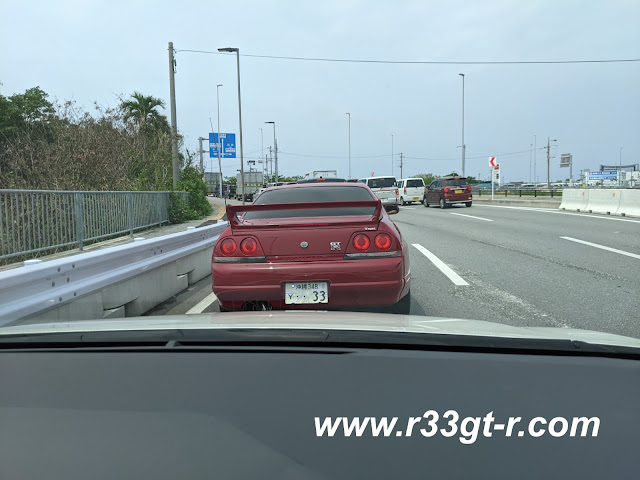 Can't wait to see what he decides to do.

Anyway, next time I am in Okinawa I'l be hanging out with Nismo and Ryan again - hope to meet some others next time.  Jay - good luck in Guam, and keep me posted on your next mods!!

Thanks to the guys I met at Cars and Coffee Okinawa for their hospitality!

Do you visit Okinawa often? I love the place!

If you ever decide to travel to SF after this whole pandemic thing blows over let me know, interested in having someone with an R33 try mine and tell me what's broken.

Matt, for the next couple of years I think I will be visiting when I can, yes!

It is an awesome place. If you come please let me know 👍🏾