So as mentioned in my previous post, the new dsp amp had arrived, along with all of the professional grade OFC wiring, and accessories such as the fuse holder and a fused distribution block (power in/out from battery, and then split into leads for two amps - one for immediate install and the other for a future upgrade as needed).

Looking around, I realized my choice was either to mount the block below in the tire well, OR in the space where the jack used to be (no jack because no spare due to the R35 calipers and rotors).  While it was tempting to mount in the tire well because it would call for less wiring, I was concerned that there was nothing to solidly mount the distribution block to. And I'm not about to drill holes into my car. Ever.

On the other hand, in this space:

I saw that there were two bolts with threads still showing (used to attached the bumper?) as well as two bolts on the vertical wall where the jack holder was attached.
Initially, I was hoping to squeeze the distribution block into the jack holder, but it didn't work. So, I ended up removing it. 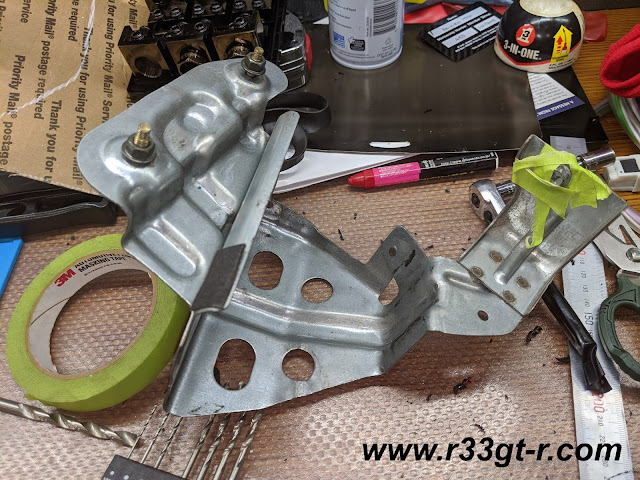 So now the challenge was to create a proper mount for the distribution block that would be large enough to solidly attach the block (last thing I need is a bump in the road to cause the block to fall and somehow short out). Given what I had seen the pros do, I ordered a large piece of ABS plastic, with the intent to use it mount both the block and the amp. 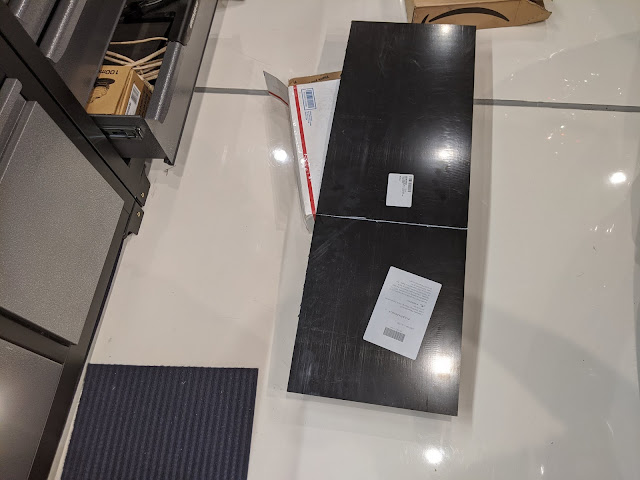 And then after some rough measurements, cut out a rectangular shape, drilled two holes to match up to the bolt holes used to attach the jack holder, and then used a heat gun to bend along the line where the ABS extended past the steel wall.

I was pretty lucky, my measurements were spot on so this is how the ABS mount looked installed: 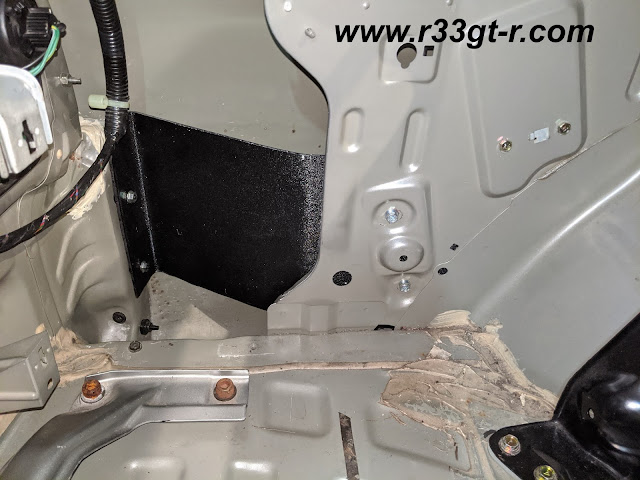 After I confirmed the fit, I uninstalled and it was time to attach the distribution block and wire it up.
Note I've left one side of the block free for an amp for a future subwoofer, if I decided to go that route -  and then temporarily attached the cables to see how to best route them.
Next - I'll show you how I created the mount for the dsp amp. See you soon!
Posted by Aki at 12:30 AM