Modernizing the Stereo, Part 3 - Mounting the Amp and Fuse Holder

This was relatively straightforward and did not require a heat gun to melt or soften anything, but it did require some thinking. The space next to the battery is hard to access properly when everything is in place so I went ahead and removed not just the inner lining but also the strut bars and the rear divider. 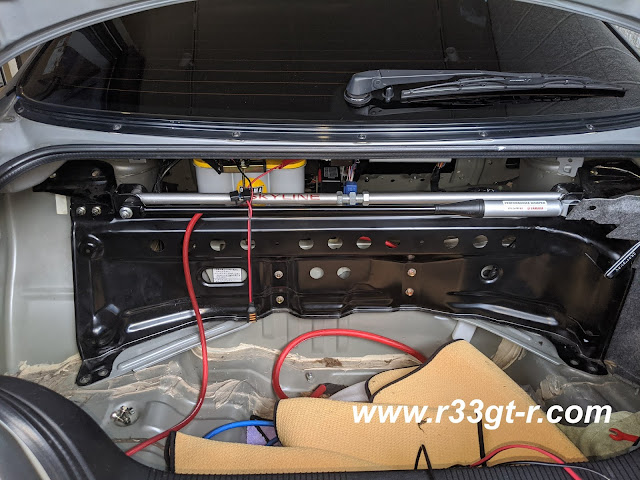 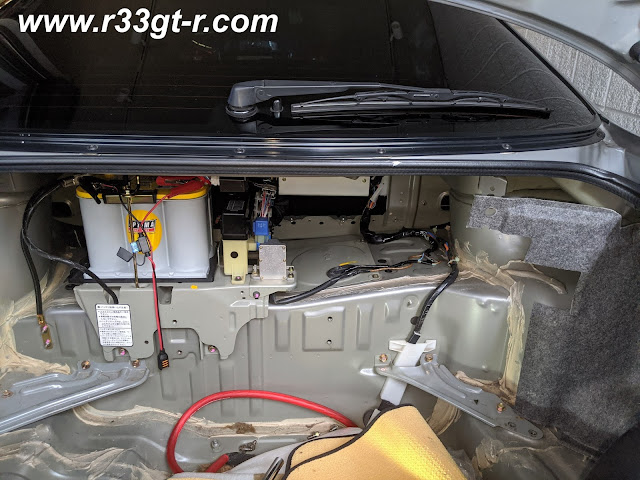 I also had access to this space next to the battery from inside: 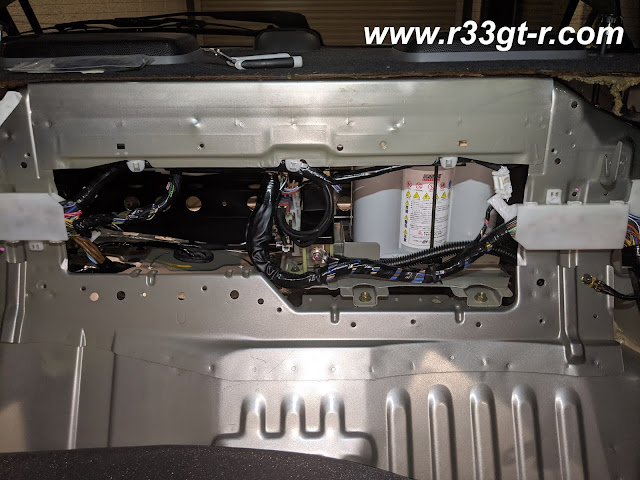 So first step was to cut the ABS sheet to fit into the space. Some careful measurements and: 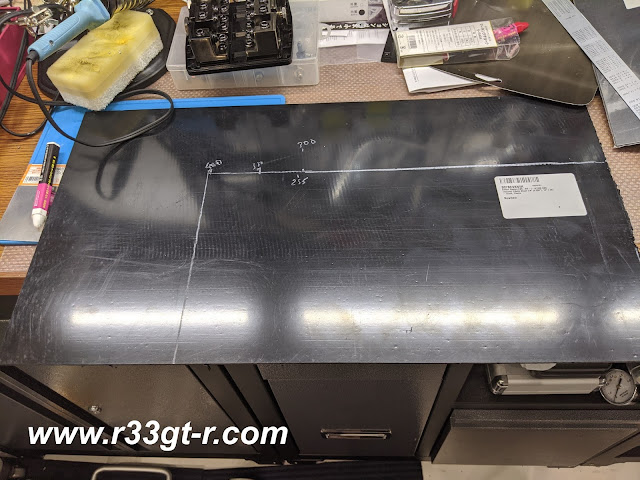 Then got out the jigsaw and got this:

Given that whatshisface at Worx had added screw rivets as below 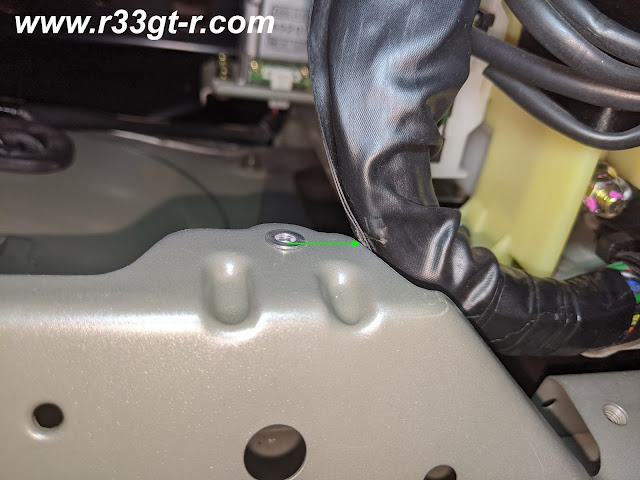 to which he attached a metal plate to mount the distribution block I removed, I toyed with the idea of using this plate to partly support this ABS plastic amp mount.

Meanwhile, yes the problem was this this would only support one side. What about the other side - sharp eyes will see that this space is the access to the fuel pump. So whatever I mount there should NOT drill into that area.

So this was my idea:

And yes I used a combination of screws and glue to attach the rubber "legs." I also had to make sure these legs were on a flat surface, away from any bolts or wiring.

Next step then was to mount the amp and start laying out how the power cables, speedwire and speaker cables would line up. But then I went back and double checked how it fit and realized some OEM cables were in danger of rubbing against the ABS. So, I decided to make a cut out:
In the end I actually decided not to use the metal plate and used these holes and bolts to mount directly into the rivet screws on the body.
So then I really started to lay out how the power cables and speaker cables would be attached.  Of course these aren't the actual power cables I used but I wanted to pre-drill the holes for the zipties I would use to secure the wiring. 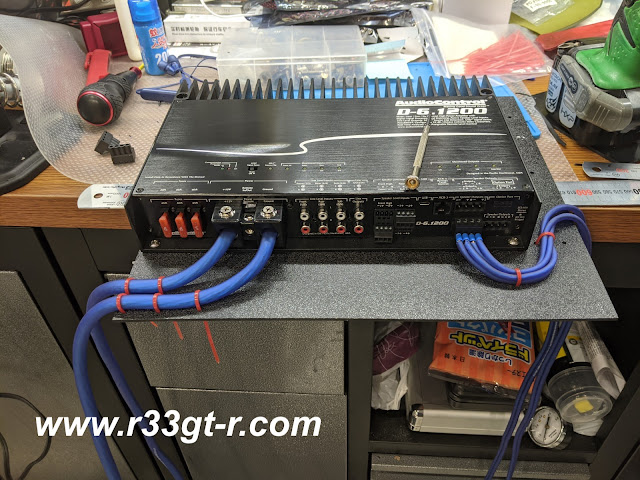 And while I had the ABS out, I decided to also make a mount for the main fuse.

And I had a hole drilled in the back on the bent part. This was in order to be able to mount near the battery, using the clamp for the battery, as so: 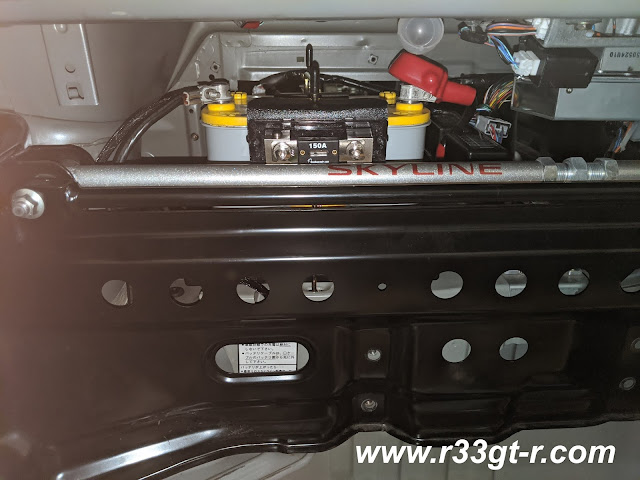 At this point, I was ready to hook it all up... except one small problem.. the Alpine components I had ordered first, had yet to arrive....
Which meant that before installing any new speakers, I would go ahead and lay out ALL the wiring first... as I will explain and show in my next post. Unfortunately I had made a guesstimation error which ended up causing a slight delay...
Posted by Aki at 4:00 PM