Some readers will recall that, last year I experimented with these "fluidic" windshield washer nozzles. 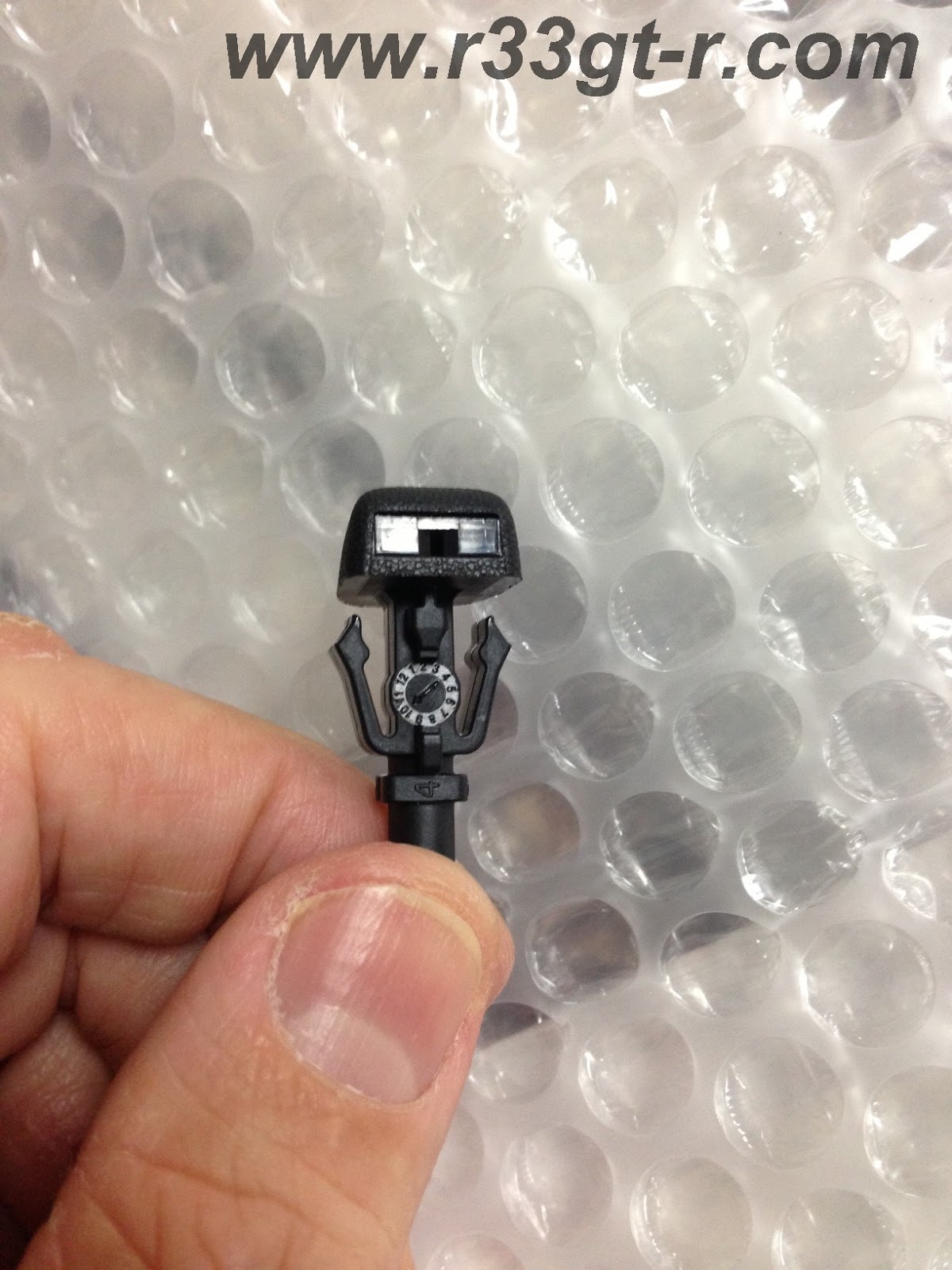 They DO work well, and are really inexpensive, but alas their fitment isn't quite right because the holes in the bonnet/hood for the OEM washer nozzles are too large for these fluidics nozzles (so if I had an aftermarket hood, and could drill my own holes they would work well).  And it was still touch and go, despite my use of some washers to fill the space: 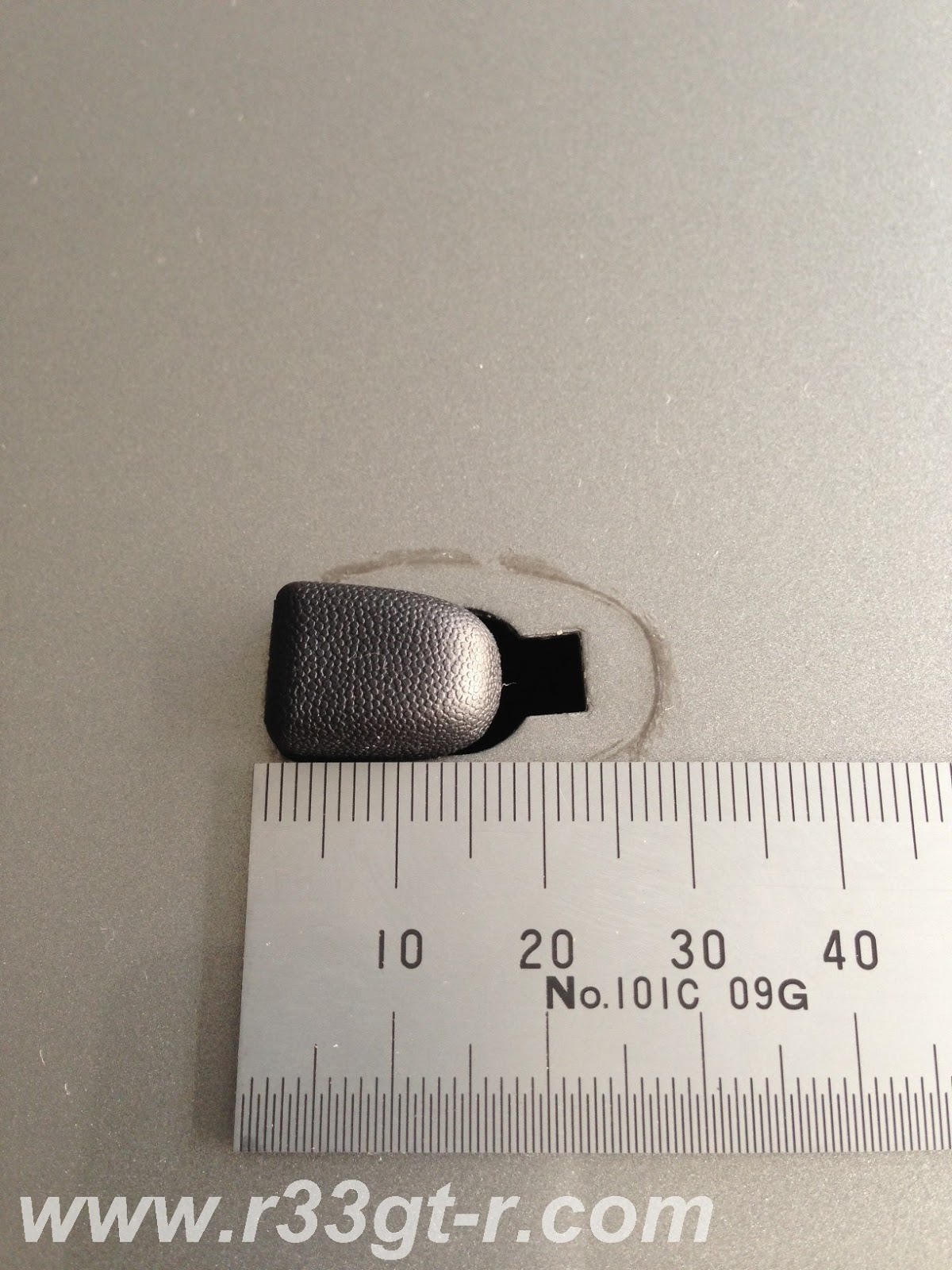 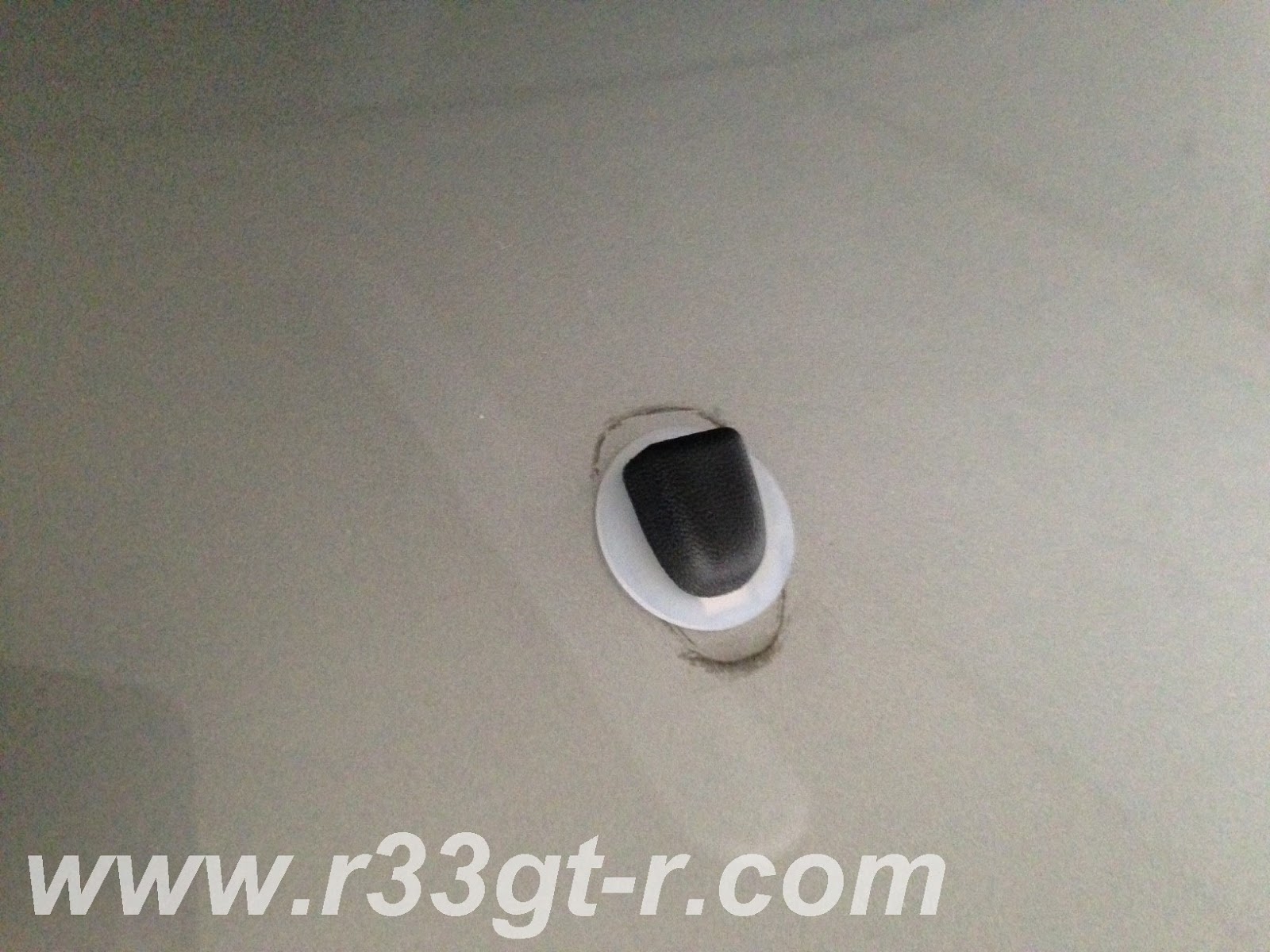 So, I decided after a few months of always making sure that the fluidic nozzle I test-installed on the drivers side was always pointing in the right direction, to try out the Mitsuba nozzles I had mentioned in my fluidic nozzle post. 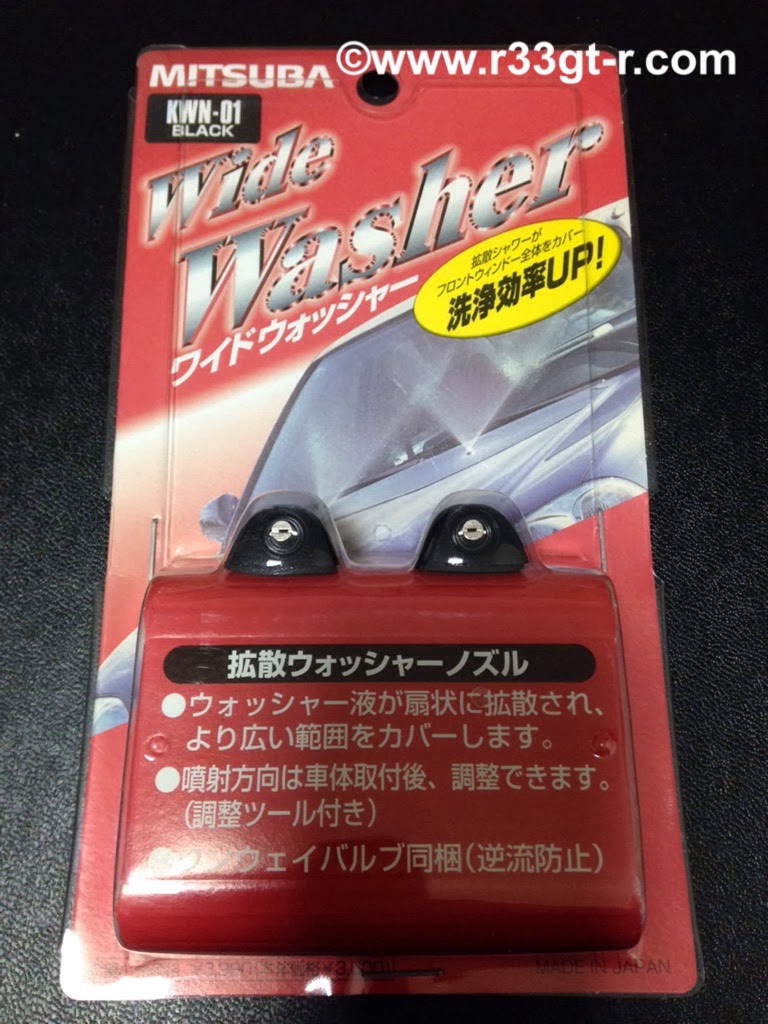 The packet actually comes with an assortment of adaptors and tubing extenders: 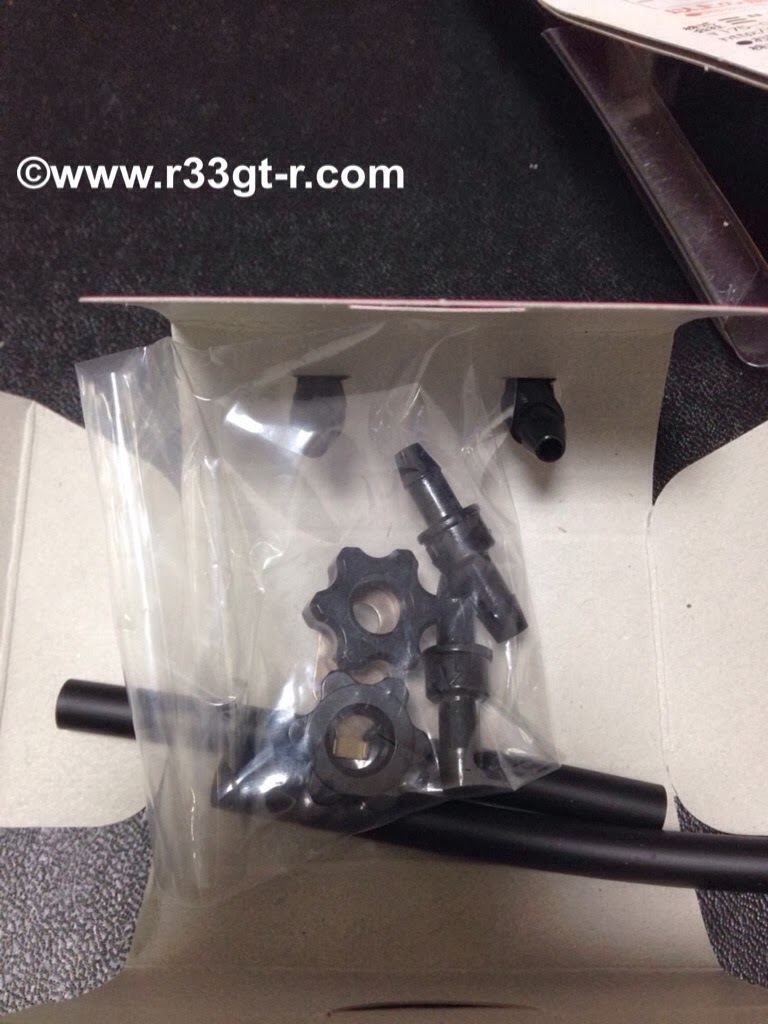 The technology they use is different that the fluidics - it's more old school. From what I can see, they basically have a single outlet as the OEM, except that it's flattened so you get a spray versus a stream. Kind of like the difference on those spray bottles for glass cleaner (i.e. Windex, etc.). 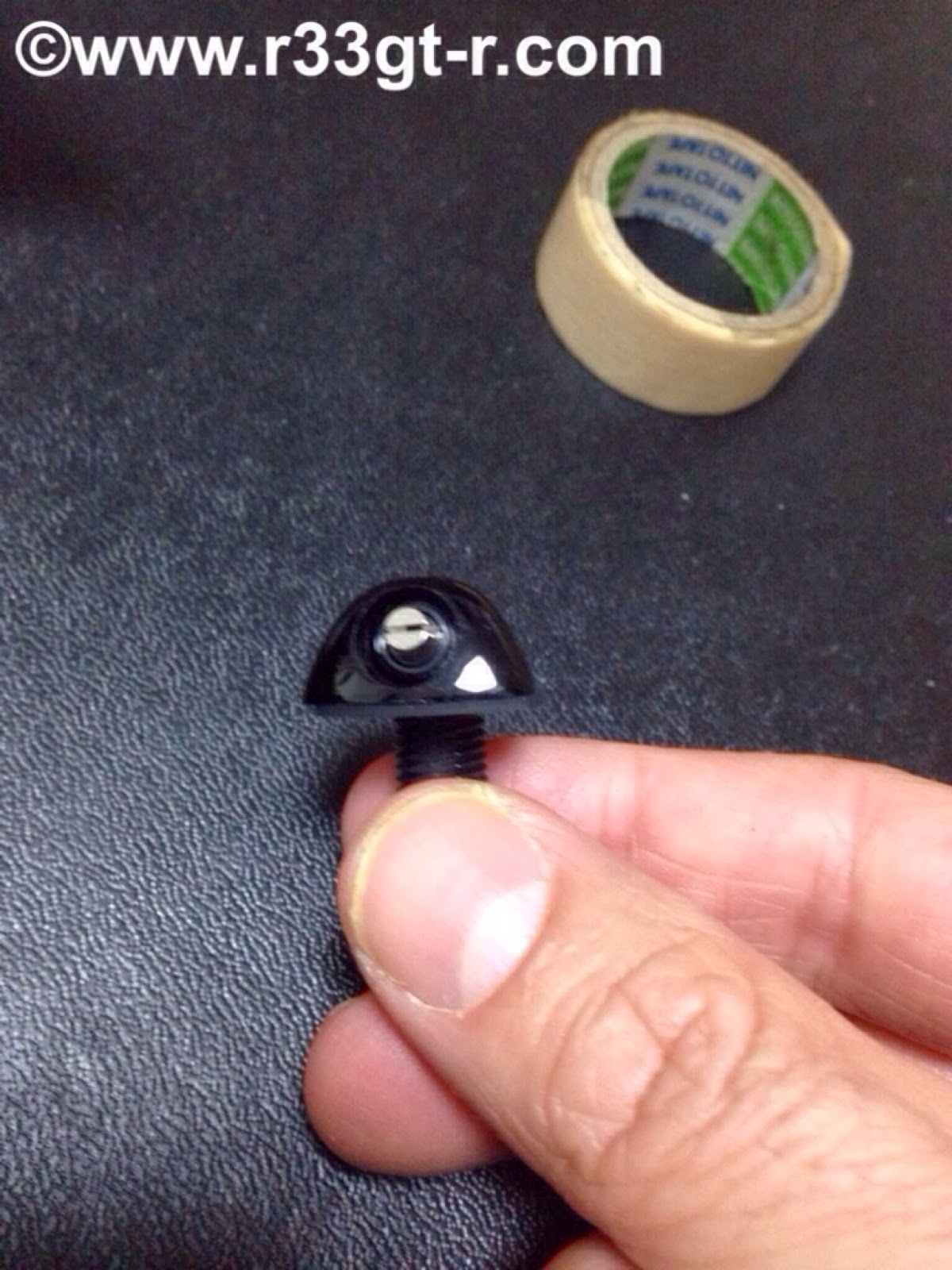 I was actually hoping to have a pro do the painting, but I had some time, so this is what I did:

First, I taped up the nozzle side. 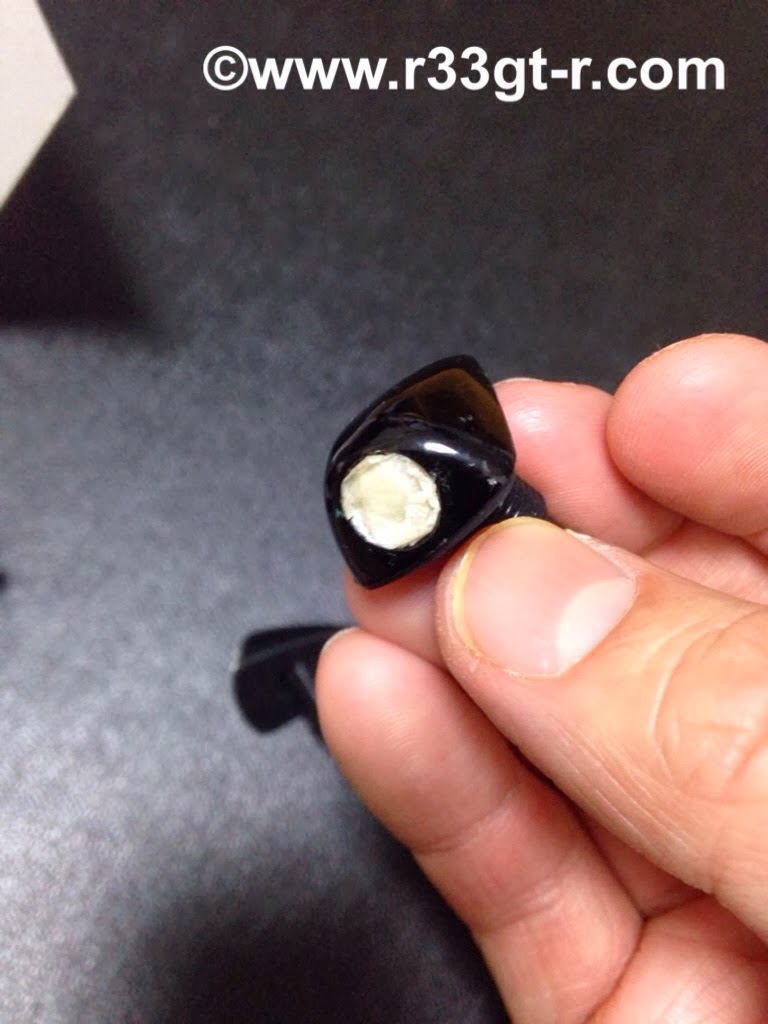 Then,  I mounted in the make-shift cardboard mount I had used earlier for the fluidics, and then sanded them down to get a slightly rough surface (as packaged, they are super shiny and slick):

I then went outside (sunny day) and sprayed on some KR4 paint I had left over: 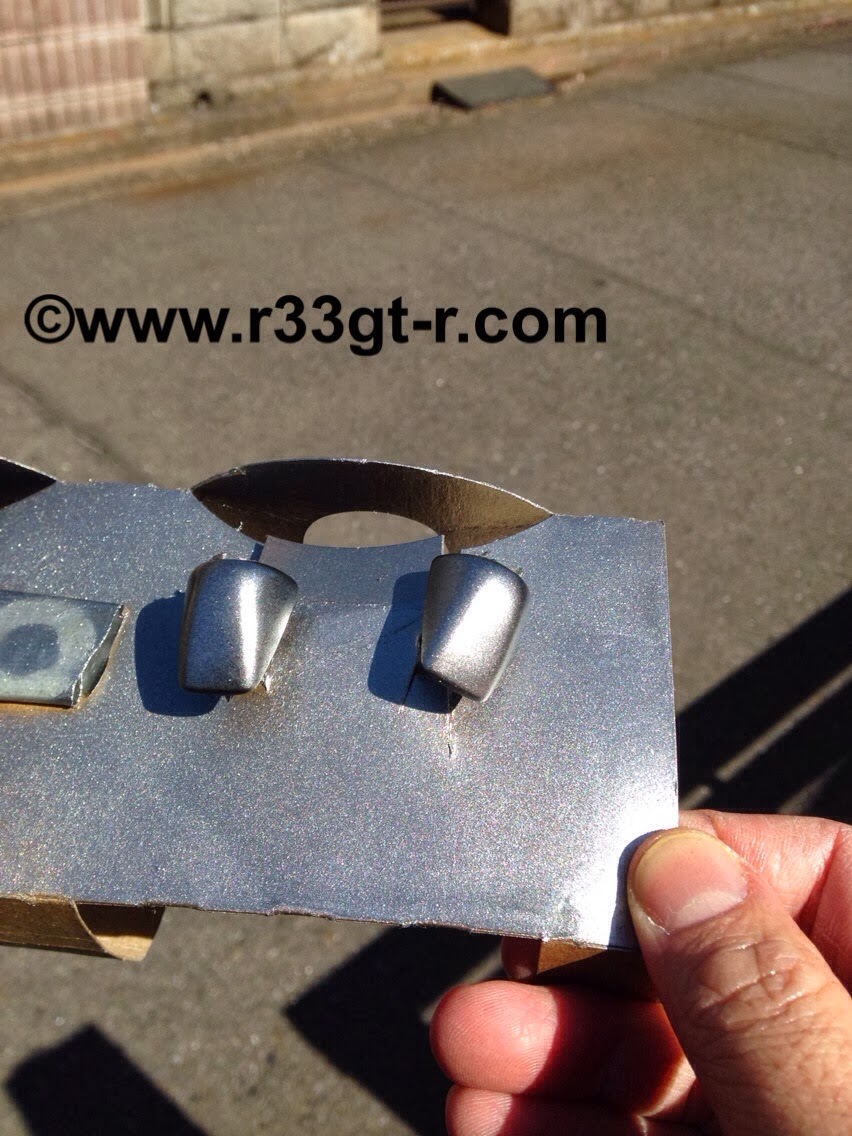 After letting them dry overnight (actually, it was about two weeks before I had time to work on this again), installation was as easy as:

1) removing the masking tape protecting the nozzle:
2) Install the rubber shield to fit between the nozzle and the hood itself: 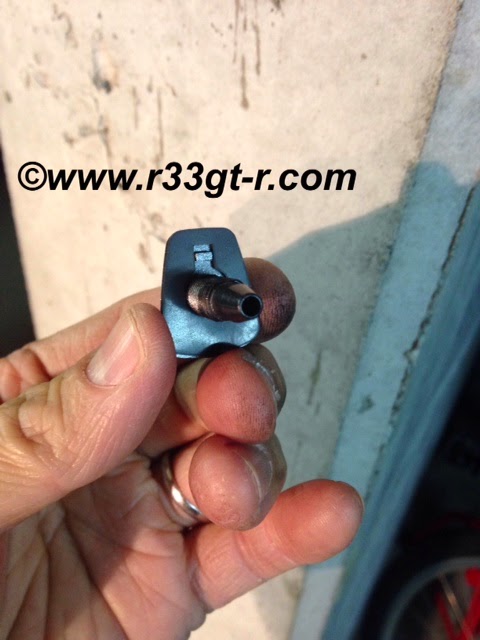 3. Installation on the hood itself, requires use of these lock nut type plastic washer which holds the nozzles firmly in place. 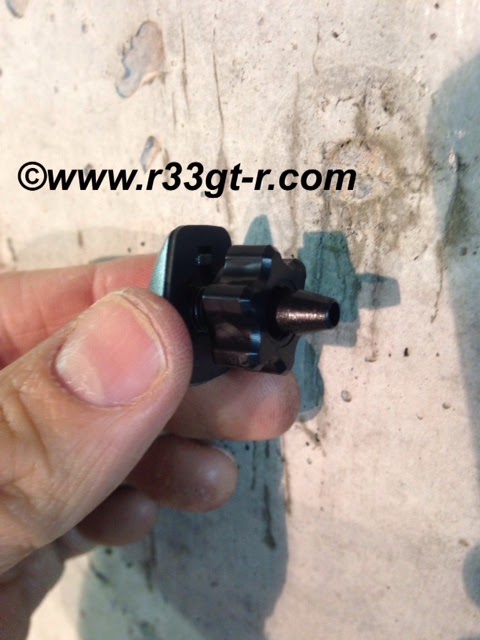 Here is how the hood looks when done: 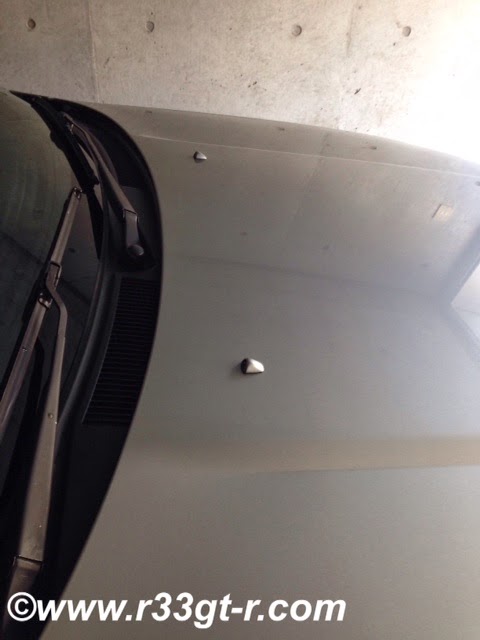 Here are short video clips that compare the fluidic and these Mitsuba ones.

And here are the Mitsuba ones (on both sides):


So the differences are:
1) the Mitsuba ones definitely fit on the hood (bonnet) better, and look nicer/closer to OEM (although they are a bit bigger actually - wider but a bit shorter, and also not as "teardrop" shaped - more angular and a bit taller?)
2) the fluidics DO have a finer spray. The Mitsubas DO spray in a wider pattern than the OEM, however the water droplets are larger compared to the fluidics.

3) The Mitsubas appear to leak on the nozzle side - not sure if this is overrun from the excess volume of washer fluid, or if the nozzle spray tip itself leaks, but this could be a concern for those who use their windshield washers in dry weather (where the fluid could possibly leave a stain).

4) Out of the package, the Mitsubas were aimed way too high, with the spray reaching over the roof and a bit landing on the rear window.  Although I suspect at speed, perhaps the wind would keep more of the fluid on the windshield.  Since I usually use the spray at low speeds, I took a  small flathead screwdriver and adjusted the nozzles accordingly (basically the screwdriver was parallel to the ground).

In conclusion - I am going to keep the fluidics in my parts bin, because if I ever get an aftermarket hood, these are the washer nozzles I would go for.  In fact, I think I like the fluidics the best due to their efficient spray, low profile, and low cost, but that small size means these ones don't work on the OEM hood. I suppose if I found some that fit the OEM hood like OEM, then without question I would go for fluidics. Until then, however, I guess I will have to use the Mitsubas.

Aki, you could take a bit of epoxy and add it to the outside of the Fluidics nozzles to make the shape a bit bigger to adequately cover the holes in the OEM hood (essentially making your own customer shape in the process). You could then paint the Fluidics just like you did with the Mitsuba ones.

Kristoffer, unfortunately I'm not that talented... but good idea, thanks! Maybe I can find someone who can!