Ok - time for a proper parts mod post! Apologies to all for not being a bit more active on this, life is busier than usual right now....


Anyway, another modern upgrade – "Fluidic" windshield washer nozzles!  Thanks to reader Matt for giving me this idea (he left a comment when I modernized my wipers)

Who knew that technology had improved something as innocuous as the washer nozzle!  The standard piece looks like this (shown against the unpainted fluidic nozzle): 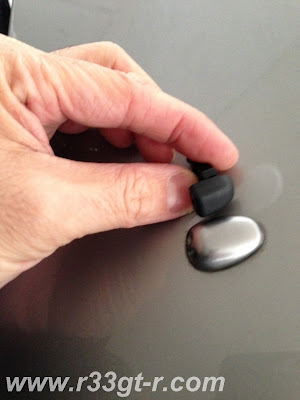 on par for what was normal in the late 1990s.  However, it turns out that a US company, Bowles Fluidics Corporation, had developed a new line of “fluidic” nozzles –which due to their different design, are able to more effectively and efficiently apply washer fluid to the windshield (less spray, more coverage, etc.) – and thus rapidly became the OEM choice.  Compared to the traditional single or double stream nozzles, these fluidic nozzles generate a wide, disbursed spray, covering more area with less fluid and hence reducing waste. 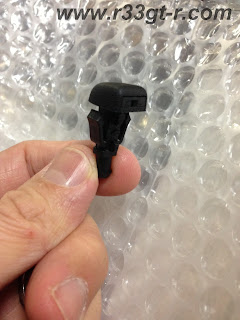 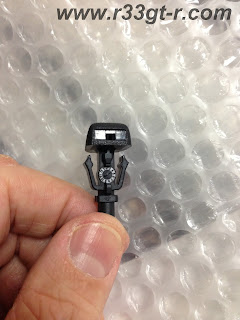 Here is video to compare the two types.
Standard:

Unfortunately, these nozzles did not become standard equipment in Nissan vehicles until around the 2004 model year, and then did so in the US truck range first, apparently (anyone know?). In doing some research, however, I found out that the latest generation Versa (known in Japan and some other countries as the Tiida) had these nozzles as standard equipment.  And, based on the hope/premise that vehicle manufacturers would not radically change the foot print of the nozzle shape (as these Mazda RX-7 enthusiasts discovered), I took the plunge and ordered a left and right set for the 2008 Titan (USDM). (same number for Infiniti, Armada truck, etc.) 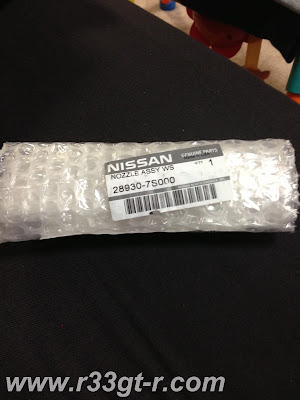 Unfortunately, once I received them, I discovered that these new nozzles are MUCH smaller than the OEM ones... hmm, what to do? They DO work with the housing, and with the pump, as seen in the above videos. But check out these photos: 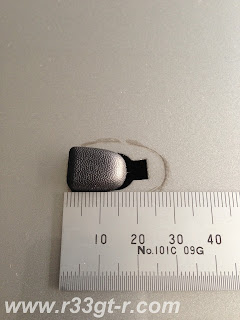 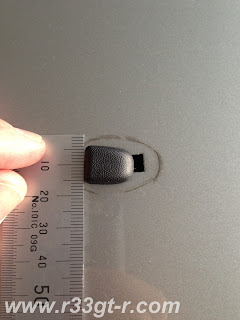 Well, while I search for fluidic nozzles that are larger, I decided to get creative with what I have.

First, I went to the local hardware store and picked up some 22mm diameter nylon washers: 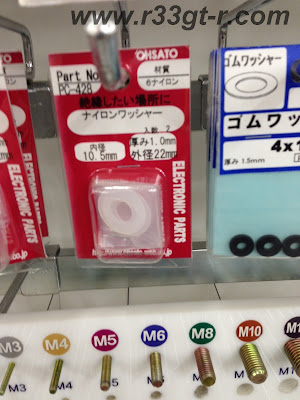 These fit perfectly! However, even when installed, things were a bit loose, so I decided to use 0.5mm rubber, cut to shape and size, below the nylon washer as "fill." (and it means the washer won't move, either!). 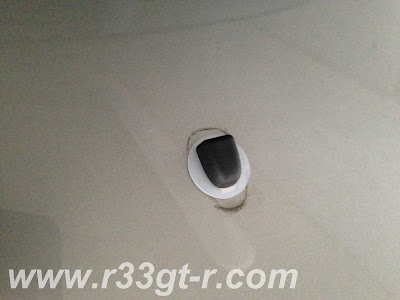 These nozzles and the washers are unpainted, so I first had to paint with some KR4 spray paint. I used a piece of spare cardboard, made a jib, and then spray painted away... 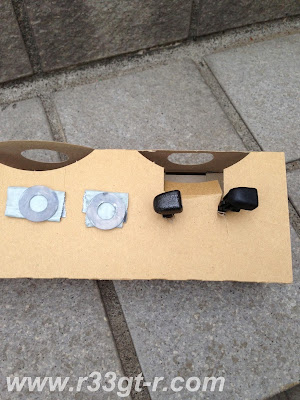 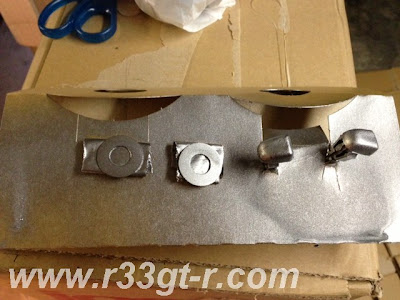 (unfortunately you can see that one nozzle didn't turn out as good as it could have - because I had tried to manually, not spray paint before giving up and spray painting... oh well...)

I test fitted one side, and here is how it looks from a bit away: 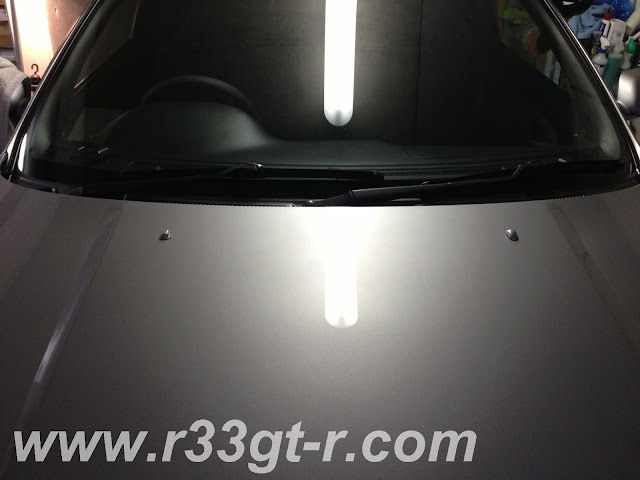 Not bad if I may say so myself - you have to know what you are looking for (see the OEM on the right?)

As a note – these only cost me around $3 each. Not sure why the 2012 model ones for the Versa (which I was originally interested in) cost more than $20 each. Maybe they are larger? Will have to check next time I'm at a dealership...

Also, there is something that CLAIMS to be similar, but it is not.
http://www.mskw.co.jp/car/rain-support/window-washer
this uses a different technology, yet is much more expensive than my $3 pieces…so for now, I am mildly satisfied... I'll be 100% happy if I can find a fluidic nozzle that fits the OEM hole perfectly... If anyone out there knows, please leave a comment and tell me!!

This is awesome! Great find, Aki. Will you be keeping the current nozzles or will you eventually get ones that fit perfectly? And how about the rear nozzles?

The Mitsubasankowa nozzles you mentioned actually fits Skyline from R31 to R34 (as listed on their website), so wouldn't it be easier to just use that? Other than the higher price of Mitsusankowa nozzles, is there any other reason you chose Fluidic nozzles instead?

I've always wondered how hard it would be to adapt something like the Z33 has, where the nozzles are on the wiper arm and spray right on the glass as the wiper moves.
These are cool though.

Awesome! Much better spray!
I will be waiting for you to let me know which nozzles fit perfectly into my R33... ;)

Hey Matt, thanks to you for the idea. I'm going to keep looking for fluidic ones that fit a bit better, but I can live with these for now. Rear... hmm... gotta do the blade too (coming up soon).

I chose the Fluidic ones because it seemed from pictures that the spray for the Mitsusankowa nozzle is not as wide as the Fluidics. But yes, they would be the easy and logical choice.

Weasel - I thought about that too. But to be honest didn't want to mess with rerouting or adding on new rubber hosing...

James... thanks and you let me too if you come across something!

Aki, did you ever find a better fitting replacement for our wiper nozzles? Just getting a new hood and want to replace the nozzles with it. Thanks.

NO, I never did. If you are getting a new hood without predrilled holes, then you can fit these?

To be honest, I will probably eventually go and use the ones from the other company here in Japan that I found, but will try one more time to find some better finding fluidics. Although I'm not optimistic, I'm pretty sure they made them small for a reason (aerodynamics? Cost?)

The new hood already has holes for the wiper nozzles unfortunately. I was willing to get the ones from Japan, but I am located in the US and there does not seem to be a nice way to order them that I have found (it doesn't help that I can't read Japanese). I would prefer a better fit over a better spray and at least both are an improvement vs the stream on the stock ones. Do you any place that I can order the Mitsubasankowa ones from and get them here in the US?