So how do I get so lucky? Clean living I guess...

Anyway, a good friend who works at Tomei invited me for a tour - yep these guys are working hard even on Saturday! Not being one to turn down such an offer, I made haste and drove to the Tomei Powered headquarters building, and parked my car outside... and had to of course take the obligatory photograph to share! 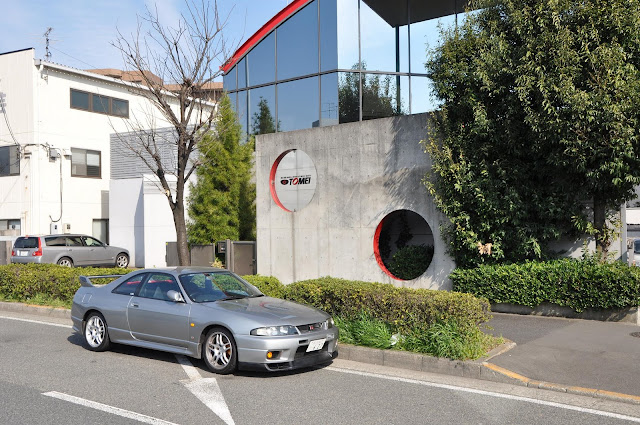 Walking inside the lobby, my friend Allen greeted me, and immediately gave me a history lesson of the company. And then showed me some of the products they make - this was somewhat of a review for me, because any one into cars in Japan knows about Tomei. 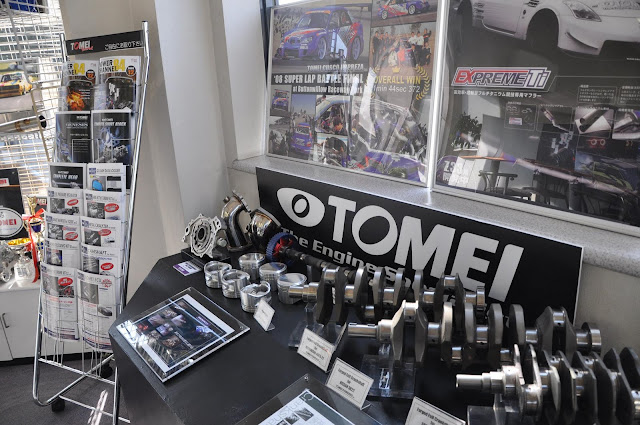 Here is a cutaway of their new design turbo for the Evo. Apparently they no longer use ball bearings, for increased reliability. The ones for the GT-R are being developed as we speak! 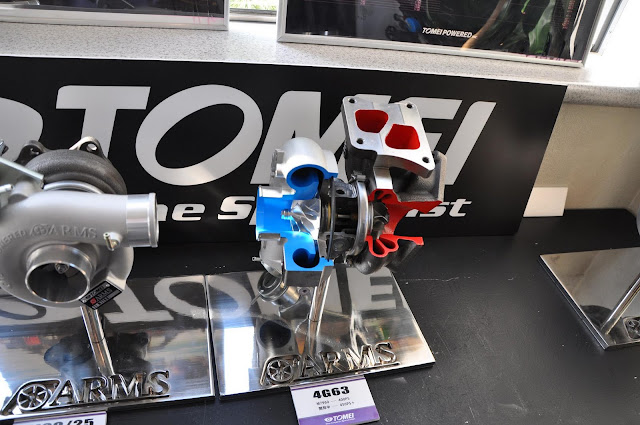 Speaking of development work - here is a Subaru engine in the dyno room - the blue covers give it away as a custom built Tomei Genesis engine...

According to Allen - "this is the actual race engine for the Tomei Cusco Time Attack Impreza that will be shipped to the World Time Attack event in Sydney Australia.

Expect it see it in action with the worlds best on May 21st and 22nd!" 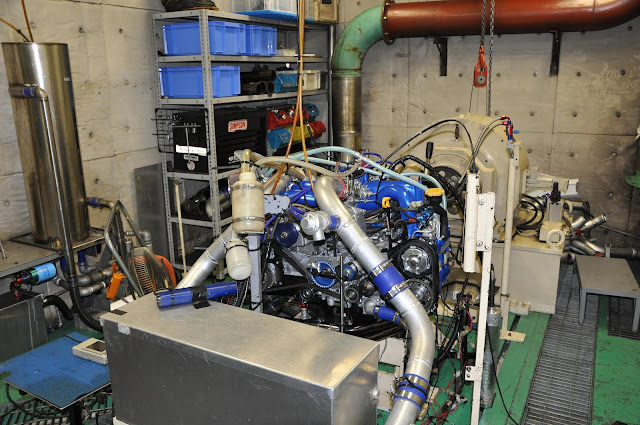 When the Tomei engineers assemble the engines, they ensure first that all the parts to be put together are at the exact same temperature, in order to avoid expansion/contraction problems. Here, Allen demonstrates by showing me with the infra-red thermometer pointing at some cylinder heads - all 21 degrees Celsius! 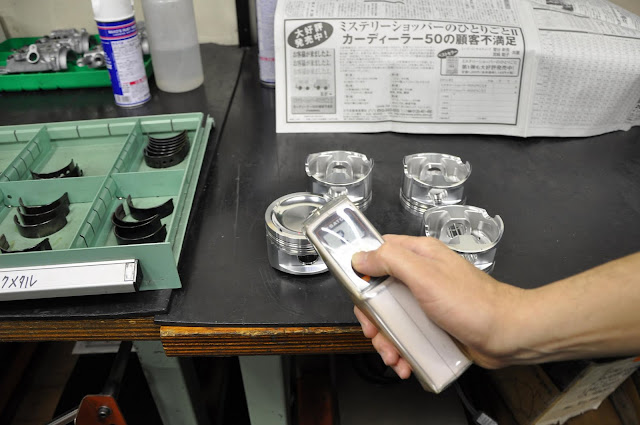 Outside, we found a Nismo Z33 with a Tomei engine. Apparently a demo car, but beautifully put together - it had a roll cage, but the seams were seamless, and the cage itself was so carefully worked into the interior, you could barely tell it was there! 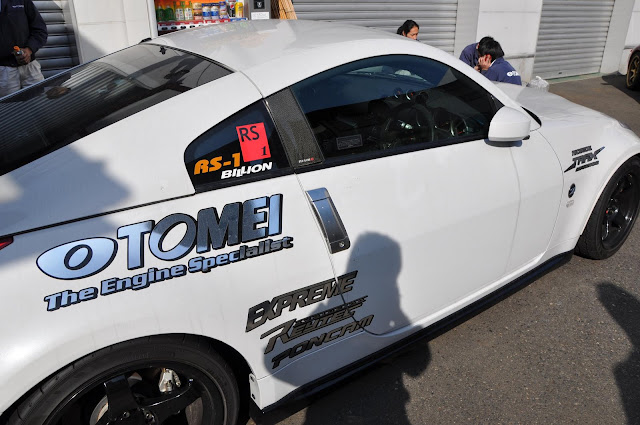 Here is an old lathing machine - apparently older than me, on which one of the founding brothers still custom makes camshafts. 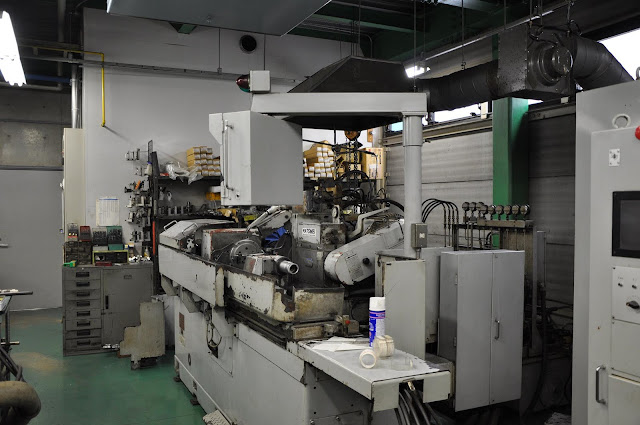 Here is an old Nissan 6 cylinder engine head, showing rust(!) as well as 4 valves per cylinder. Originally built in 1968, it was delivered to Tomei to get some refreshing work! 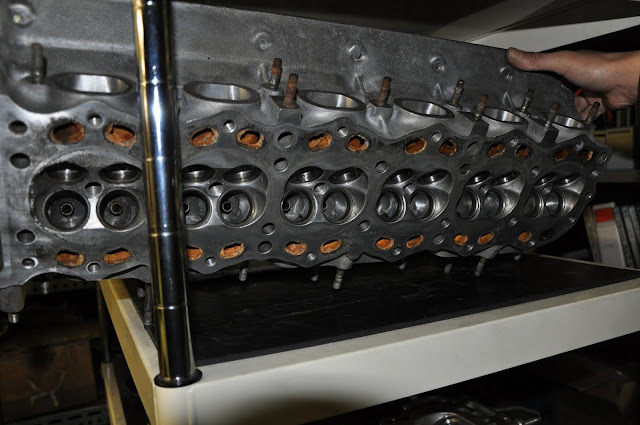 Here is an example of what happens with too much boost! Not even a forged Tomei piston head can withstand excessive abuse!
Additional info from Allen - "that was an SR20 with the exhaust valve sticking out of the top of the piston!" 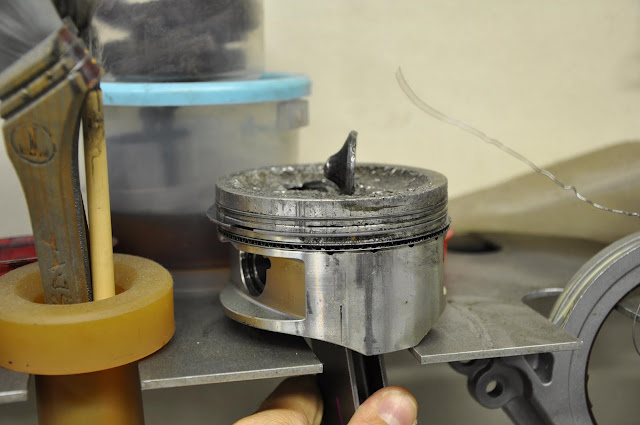 Did you know that Tomei makes some of the best exhausts? Their chief exhaust engineer (ex-Yoshimura) handcrafts prototypes (some of the most beautiful welding I've ever seen), then constructs his own jigs to ensure perfection. To the uneducated, a Titanium exhaust is a Titanium exhaust, but Tomei ones have NO seam... which means that all of their tubes are punched out, rather than welded. Take a good look at one if you get a chance! 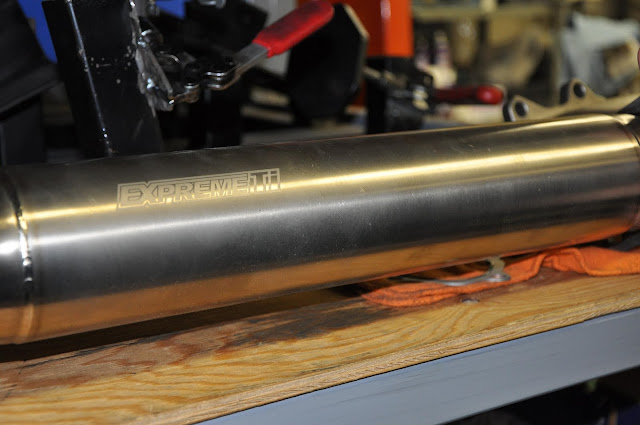 Finally, downstairs, lo and behold, we found the car Tarzan Yamada will be driving soon to attempt another speed record. Amazing the lightening techniques being used. 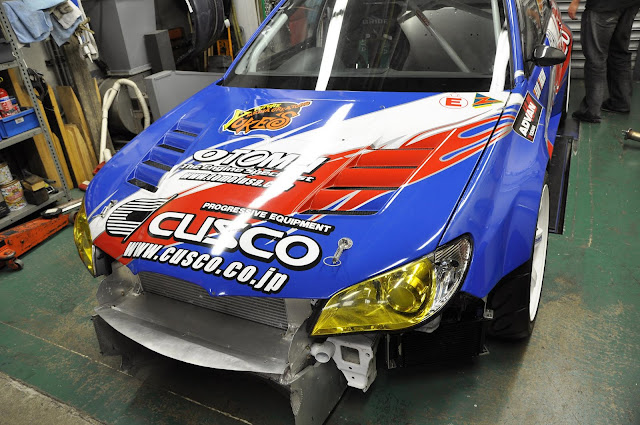