So the SSCT had its track day at the FISCO short course. What a crazy day!

I was running S-tires - which made for a handful, as I drove onto the track, I was clearly not the fastest, as my car was overpowered and the car slid everywhere! Nevertheless, based on my last lap time here, I was placed in the "most advanced" group... 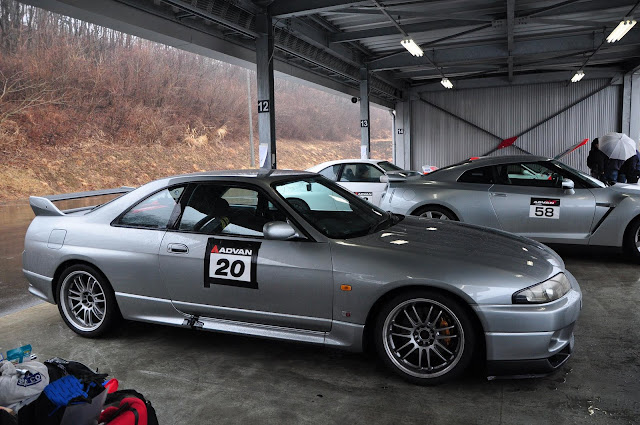 Several cars slid off the track. Here's an Evo that got lucky and came to a slow stop next to the (soft) tire wall. 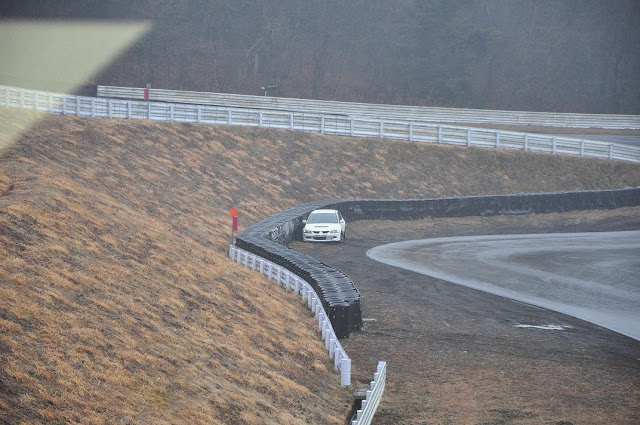 Here is a friend of mine (Hiraga-san) in his very unique and beautiful LeMans edition R33, getting ready to go onto the track! 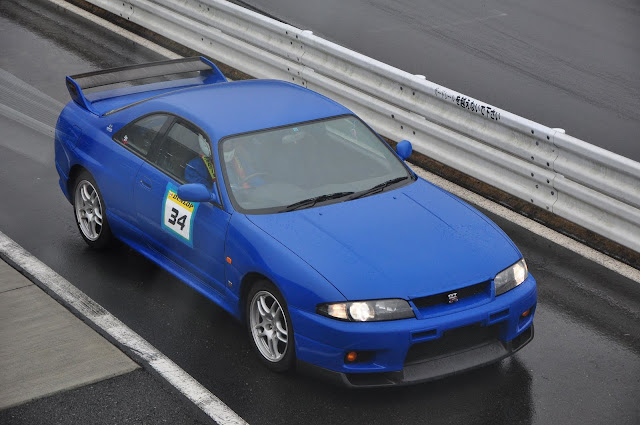 On a day like this, the clear advantage went to the fully computerized cars - ie the R35 GTRs. They didn't seem to be having too much trouble. 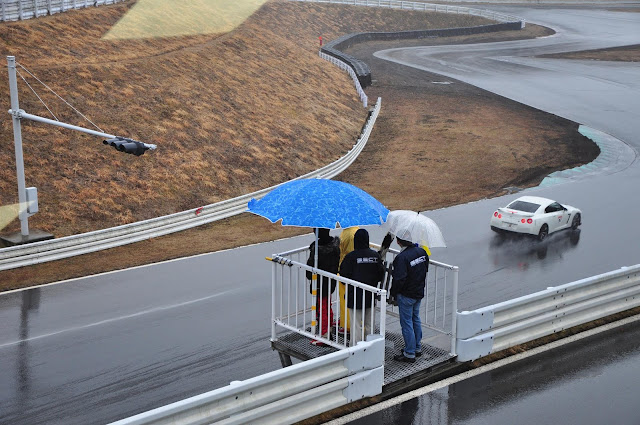 alas, my driving skill is lacking... right before lunchtime, I was on the track, and came out of the last left turn onto the straight...and applied power a bit too soon. Later pro racer Tominaga-san told me I should have been a bit more patient! Because I applied the throttle a bit too aggressively, and the rear end swung out. I corrected but the car did not respond, the rear end HIT the guard rail with a CLANG!!!

I was too shell shocked to take any photos, but I ended up with a fist sized dent in the rear quarter panel, but luckily the rear bumper took most of the impact - it had to be replaced. Not so lucky were the 2 guardrails I hit - the FISCO staff declared them a loss - and had I not had my FISCO license, they would have charged me the full amount for them! These small guardrails are 40,000 yen each!! Luckily, I ended up paying only 5000 yen each for them.

So the lesson here is, get a FISCO license!!

So I immediately took the car (curtailing the rest of the day's run) to my favorite body shop in Yokohama. 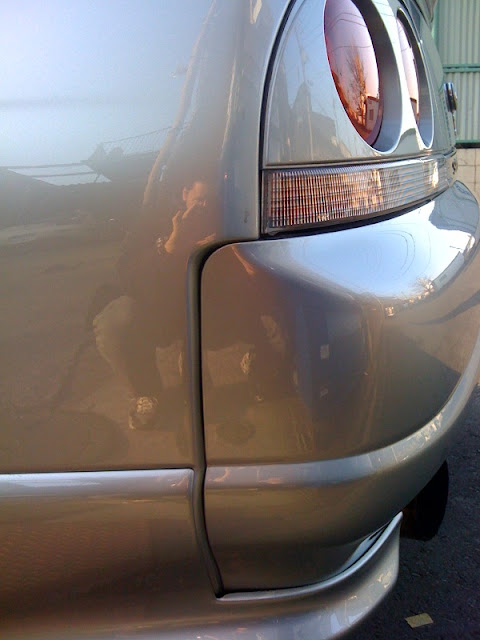 As a bonus - I had two severe door dings removed too, while the car was in the shop. One was a dent on the driver's door that I think had always been there. The other was clearly done by a tall SUV door, sometime when I lived in Tokyo, located on the C pillar. 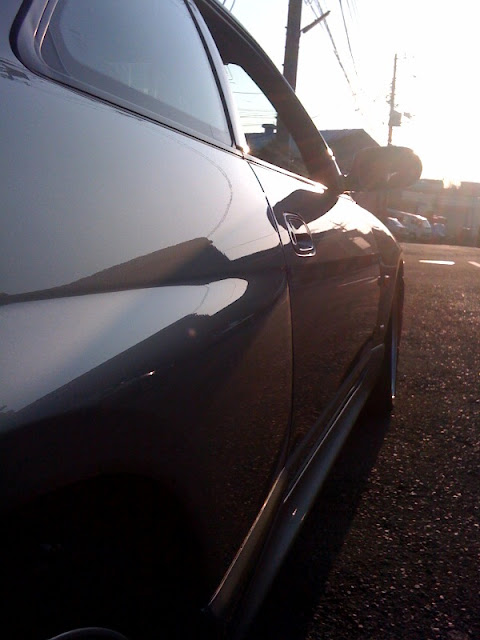 At this rate, the only parts left are some scuffing on the side skirts (next time I will apply clear 3M material), the hood/bonnet - some idiot apparently sat on the hood, giving it a slight crease...and of course the various chips from actual driving... and a slightly off color front fender (I was told by the body shop that they think the previous owner did a repair there).

Not that I'm looking for an excuse to have my car in the bodyshop again, but wow, the work is spectacular!!
Posted by Aki at 9:42 PM