Alarm Shop, and previews of the rest of the day... (full reports next 2 posts)

So today (Saturday March 27) turned out to be a pretty busy day.

First, the door opening solenoid linked to the alarm had died some time ago, and so I had been manually opening the doors - call me a lazy, but when you get used to a convenience, it becomes hard to go back to the "old" way. I had taken the driver's door apart, and figured out that no current was reaching the solenoid - and suspected something in the main alarm brain unit, but there was no way I was going to fix that on my own. Plus, how do these Japanese do it? Impossible to find the brain unit. So I had made an appointment with the shop where I had the alarm installed, almost 5 years ago! And it turns out that they are much closer to where I live now, than before.

Mirage Tokyo is the Tokyo branch of a well known Kansai-based auto alarm shop. They advertise in GT-R Magazine, which is where I found them. Here is the outside: 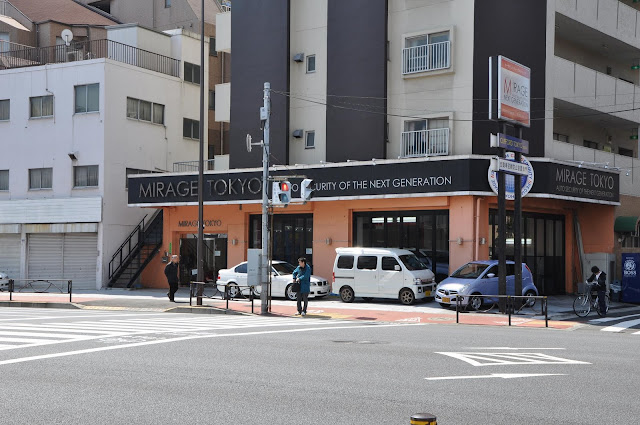 Here's my car being worked on. When they installed my alarm, they blocked off the license plates from view from outside, just in case, I guess (didn't see if they did it this time...). Turns out that GT-Rs are no longer on the top 10 list of cars that get stolen in Japan, however! It also turns out that I was smart to purchase the top of the line model when I did - although there have been some tweaks, it still is one of the best models out there! 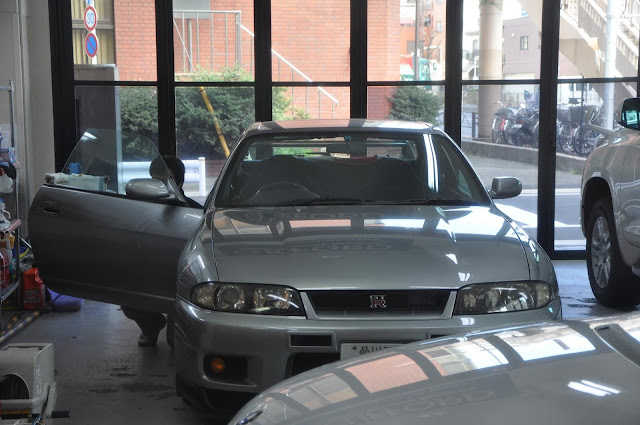 The alarm guys ended up replacing the internal relay. So not a big deal, although it did take about 2 hours. But nice to have everything functioning smoothly again! Thank you guys!

Then, at the invitation of a friend who works there, I was offered a private tour of Tomei Powered! Yes, the very famous engine/engine parts maker. See my next post for full details. 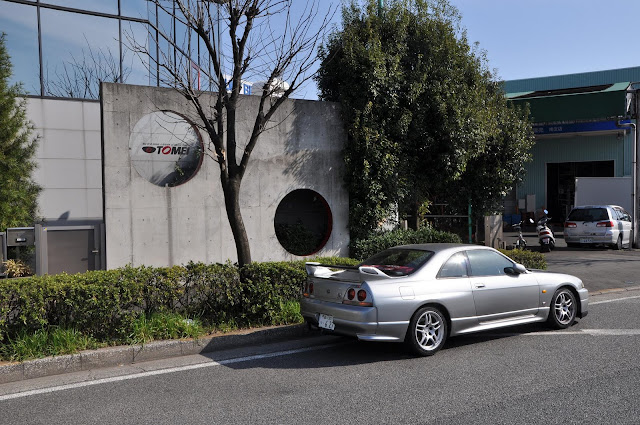 After that, as I was closer to Hirose-san's shop - I went over and had a few more parts that I had ordered installed. See the dedicated post for details. 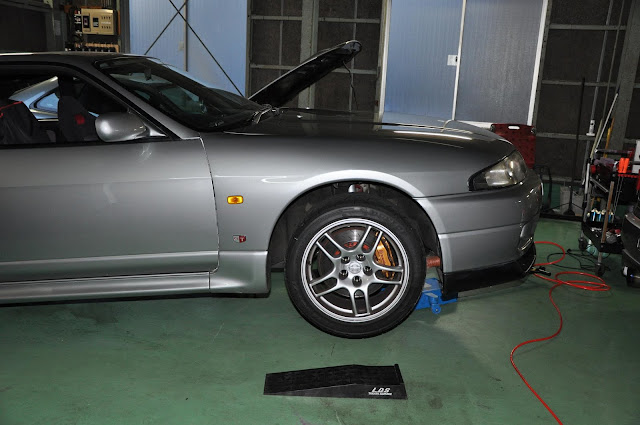