Go with 90s era Chrome or Stick with OEM Plastic?

So this is something I have always wondered about, but I did not take any action to get the part until it was too late...

For many years, I spotted the OEM optional chrome R33 door handles on Yahoo Auctions.  And then, suddenly last few years, they seemed to disappear. So I had given up on this mod as recently as 2018, when I was putting my interior back together after the FUBAR that happened at Worx.  But recently I found someone who had figured out that the same part was offered for certain Infiniti models and thus still available.

So, I took a chance and got a pair. 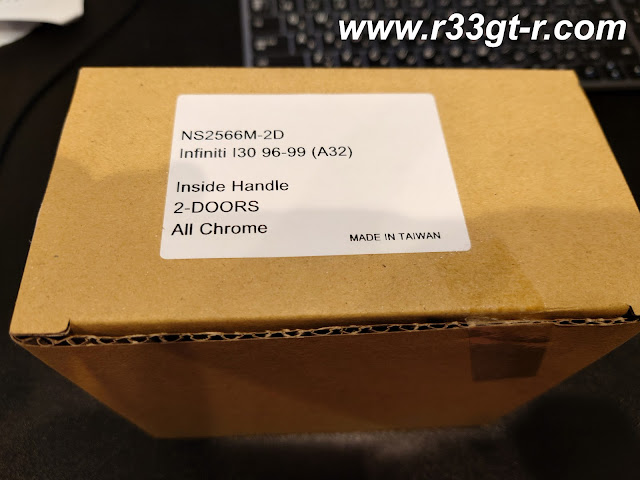 This was an easy enough install. Remove the door cards, remove the plastic cup behind the handles, unbolt the handles from the mount and carefully remove the two hooked hard wires that operate the door mechanisms. 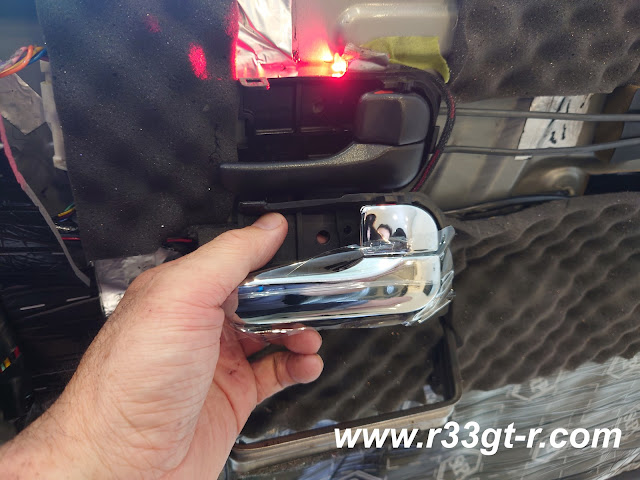 The red LED, by the way, is linked to the center dome light fade out mechanism and something I installed back in 2012! Check out the write up here. One day I will get it working properly again - it requires hole drilling into the door handle cups, but I had sent those to Marc at Xclusiv Carbon to carbonize, in the process the holes got covered up and I never bothered to redrill them out.

Anyway, once I had temporarily reinstalled the door card, it looked like this 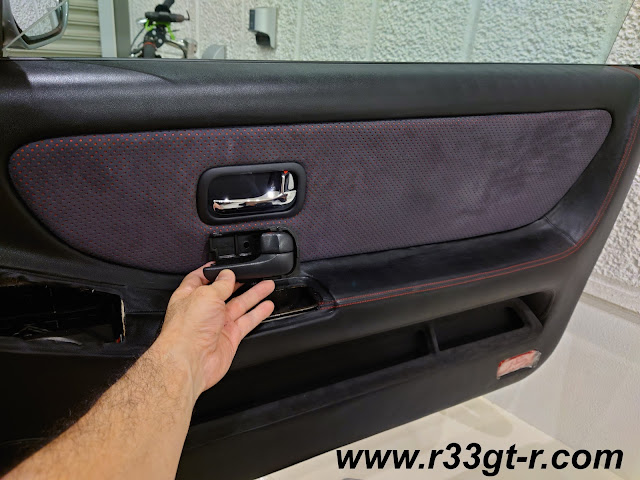 Finally, I decided to go back to the standard black plastic for both the cup and the handle. 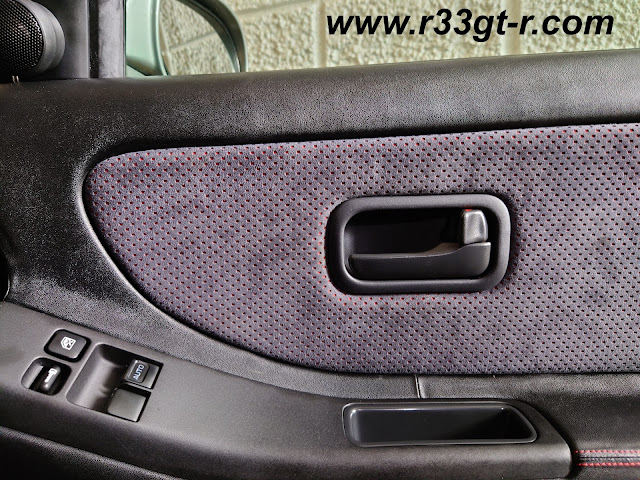 But I left the passenger side with the OEM handle, but carbon cup and window switch - just to give me something to reference against and to think about. 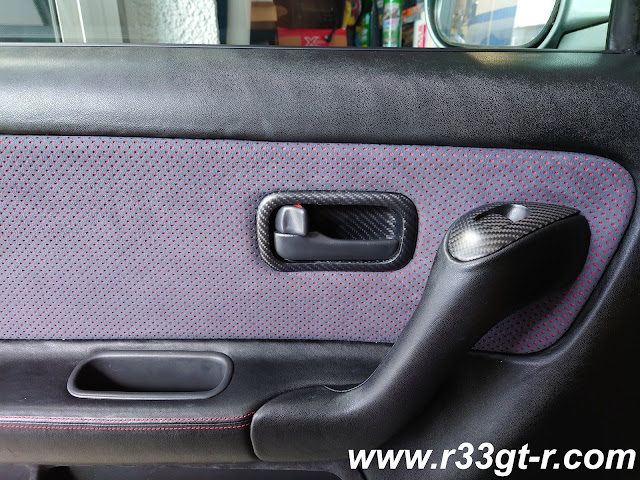 So currently my car has carbon on the left side and none on the right. But don't forget, these cars CAME with fake carbon imprints on the main and sub gauge clusters, which I of course replaced out with real carbon (initially gloss, but then I went to matte). At the time I thought that it would make sense to have more real carbon in a matte finish replacing just plain black plastic, but now I am honestly tempted to go back to all black plastic.  Is less more in this case? What do you guys think?

I prefer the original plastic ones, maybe the chrome ones will start to chip over time.

I think I definitely prefer the black plastic handles. The CF print cups and window switches are subtle enough that I sort of like them. However, I think just having them be black allows them to blend in better and it doesn't pull your eyes away from the rest of the interior.

OEM chrome-look plastic is kind of tacky IMO. The Celsior/LS400 had the usual plastic for the surround but the actual metal for the interior handle which feels nice. Same idea on the exterior door handle which made it less likely to snap off in your hands after 20 years.

Hey thanks guys! Agree, some times simple is best. I suppose if the metal was not chrome but actually carved from real metal, and more like brushed aluminum, and therefore more subtle, it might work.