Ok, there is also the cool factor. This project involved some experimentation but in the end was actually easier than the outside light.

But I first ordered some white and red LEDs: 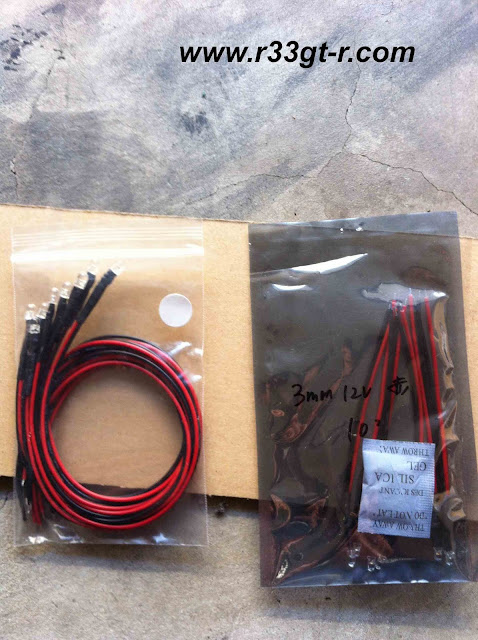 Then, a close look at the door handle assembly (this has the rods extending out connecting to the door lock, etc. - and is visible once the door card is off) showed that, there is a small gap on top - it is as if a notch has been cut into the top lip of the assembly. Perfect for securing the LED body (tape and silicon sealant) and having just enough space for the LED lighting to show through. 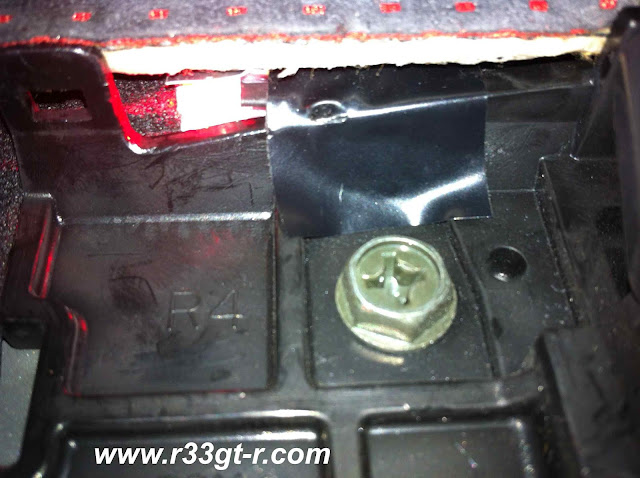 Initially I tried to be clever and drilled a hole in the detachable back cover to the handle, and inserted an LED to shine directly into the interior, but then realized that I could not remove the cover (which is needed to remove the door card) without damaging the LED. So, the decision was made to mount the LED in the place I found as shown above, shining indirectly down, without interfering with removal of the back cover plate. When removed, the door handle looks like this (with door card still in place): 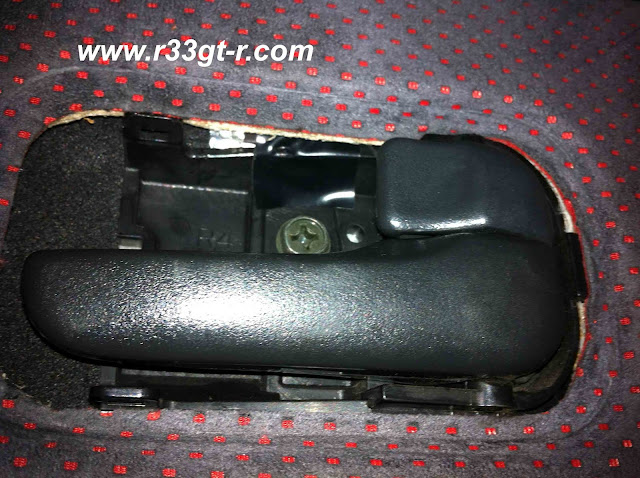 Wiring was simple, it is the same circuit as that of the outside LEDs. As I mentioned in my previous post, however, I wired in a resistor for the "dim and fade out" effect (a luxury car touch? LOL), otherwise the LEDs inside and out were just going to turn on and off, like that.  Luckily, it turns out that there is an easy solution: 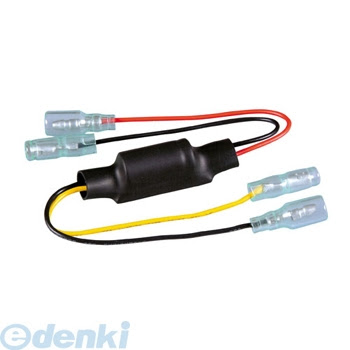 Turns out, that actually the most difficult part was drilling a hole in the back plate to allow the light to shine through. After some experimentation - in other words drilling a hole too large and having the light spill out past the door handle and onto the arm rest, I used some electrical tape to cover up the excess hole, as you can see in this photo: I plan to try to find replacements on Yahoo Auctions and drill more accurate holes later, but for now this will do.

Here is how it looks when complete and the door is unlocked. Note my choice of RED LEDs, to complement my red themed interior. 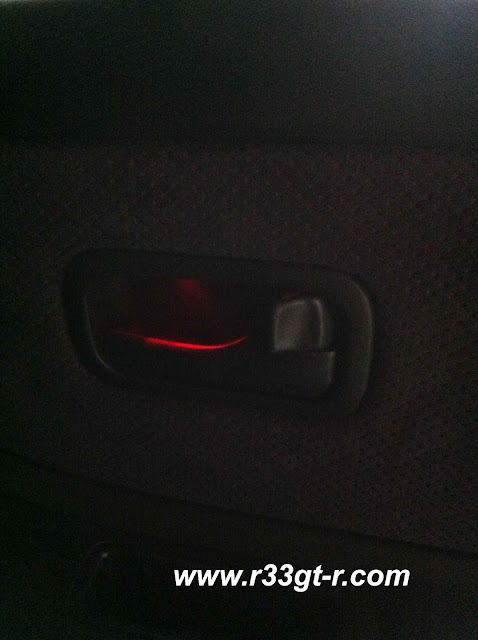 So what do people think of my LED courtesy lights? Cool? Tacky? Interesting? All comments welcome!

PS Still more to come later in the future with LED interior lighting - maybe (have to use those white ones somewhere!) - so stay tuned as I'm still plotting...
Posted by Aki at 4:52 PM

Thanks Matt! what a relief coming from a stickler for "original" like you! LOL

Looks good Aki, Interestingly enough I recently obtained some internal chrome handles from a four door that I was going to chuck in. I am tempted to try this out myself, although not sure I can deal with all the pain of the wiring, it's a long run to the passenger side. Did you go behind the glove box?

Karl - that would be very cool. Actually the most painful part of this was running the wiring out the doors, then followed the stock speaker wiring - but this ends in a connector so had to punch through the rubber grommet that is on the door side, then do the same on the body side. And use silicon sealant to weatherproof. Running the wiring underneath the glovebox, there is other wiring down there so I just ziptied.

One of the Best R33gtrs out there.
:) much love from Africa

Thank you Anonymous from Africa!