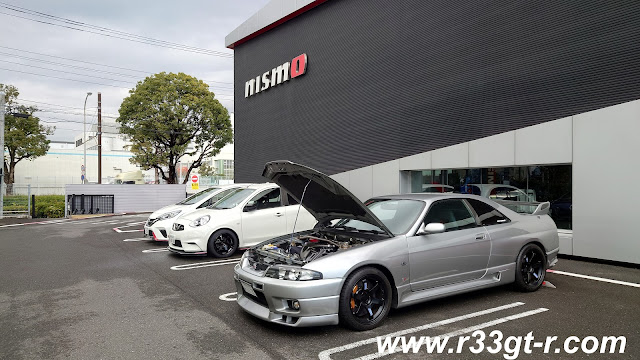 So a few weeks ago, I got a message from Ochiai-san from Nismo Omori Factory, letting me know that not only had the part finally come in after a 6 month wait, but the OTHER had been returned.

First part. Last time I had the car at Nismo Omori Factory back in June of this year, they had completed all the work except one bit, which required the ordering of a new part - and in all fairness, I was told to expect quite a wait.

This is called the Mode Door Actuator - and is basically the servo unit that directs the heated or cooled air where it is supposed to go. Ochiai-san told me that this is often a problem with 33s - the internal circuit fails so the servo motor swings left and right continuously, making a whirring sound which can get quite annoying (and frankly might be hard to hear since the RB isn't the quietest engine...)

So it only took a few minutes to install the part, after which Ochiai-san sent me these photos and the video clip below showing it working!
Ok, perhaps a minor part that most people wouldn't care much about, but for me, everything on this car has to be in proper working order!

The OTHER part in question is the carbon snorkel, which as you can see is missing from the airbox. 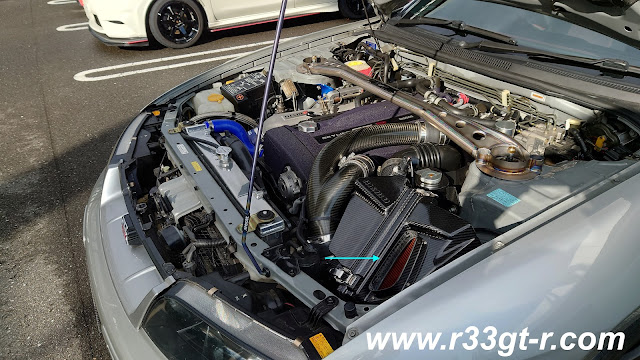 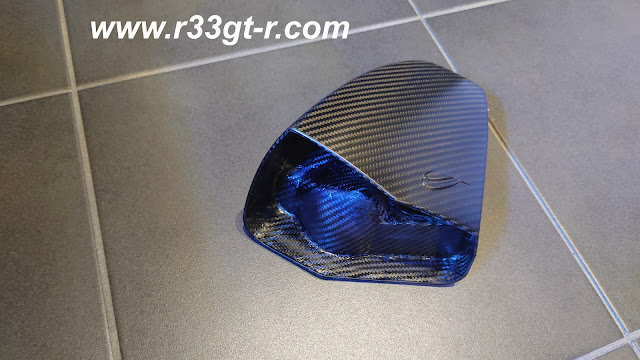 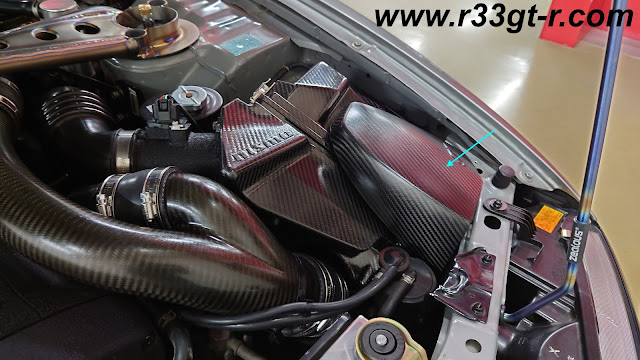 So what happened? This is quite embarrassing for Omori Factory, but apparently the production of this snorkel was supposed to be a one time, limited run only.  However demand was very high (the guys at Nismo tell me it's in part due to this blog! Way to go readers!) and so the decision was made to do a second run.  Problem is, the supplier had already destroyed the original mold, and so Nismo reached out to me to borrow my snorkel so it could be lent to the supplier for them to create another mold.

So when I got the call that both parts had come in, I dropped off the car, and also had Ochiai-san take a look at all of the new upgrades courtesy of Mine's. He spotted a couple of issues but nothing some clever taping cannot fix - stay tuned for that! 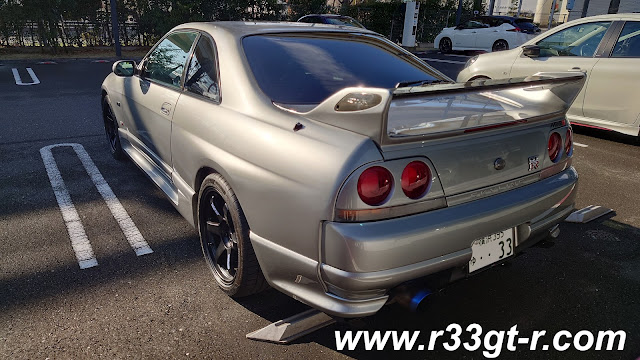 Anyway, as we discussed the recent mods, it became apparent that there are STILL a few things I need to do. Some minor, some calling for another large donation to Nismo. In any case, as this crazy year comes to a close, I hope you all have a nice end of year and beginning of year holiday! See you all next year!

Interesting post, thanks. How do you know if this part needs replacing? Is there are particular problem that will reveal it?

If you hear a noise coming from the dashboard like a continuous electric motor whirring and/or the sound of a plastic door slapping a plastic box it's one of the HVAC servos failing.

George, as Anonymous says, it is the sound. I suppose if you can squeeze your head down there and watch, if the servo keeps moving no matter what setting, then that is another symptom....