New Mine's Exhaust - How It Looks and Sounds Installed, and a Question

So a quick post to show everyone what the new Mine's titanium exhaust sounds like installed - and then a question. (Taken at Nismo, super impressed with the cold start up, so quick! And yeah the engine was cold so a lot of black exhaust, looks like we may need to fine tune that):

Compare with the Tomei Expreme (taken at Mine's so please excuse the street noise):

Obviously, the Mine's exhaust looks great - but it also looks like it sticks out just a bit too much? I thought so too, so I called Nakayama-san to confirm.  He told me that unfortunately, because of the diffuser - which although i told them they could modify as needed - but they did not - and its brackets, as well as the oversized differential cover - they ended up putting a 10mm spacer between the cat and the exhaust.

In other words, the tip of the exhaust sticks out about 1cm more than it would otherwise.  I was told that this would just pass shaken, because its furthest point is aligned with the rear bumper's furthest point. 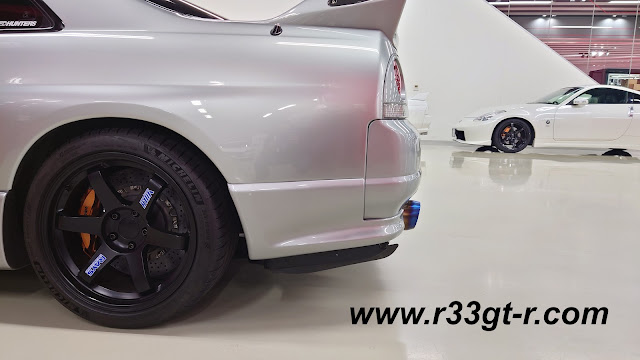 So question for my readers - should I go back and ask them to cut the diffuser/replace with the OEM diff cover, so the exhaust is shorter by 1cm? Or maybe just 5mm? 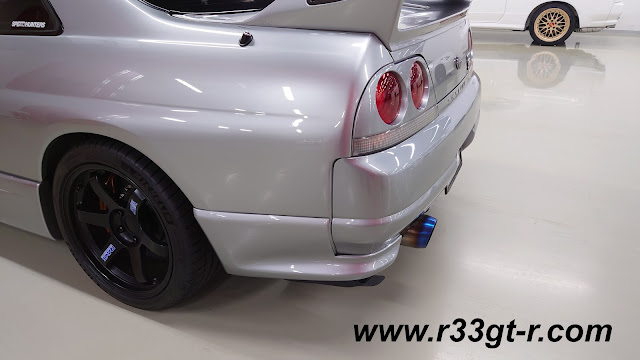 Second question - should I keep the carbon exhaust shield, or remove it? It already might be starting to peel off, but I do not want to use the Nismo version which uses rivets. So I may be resigned to continuously cleaning that area... 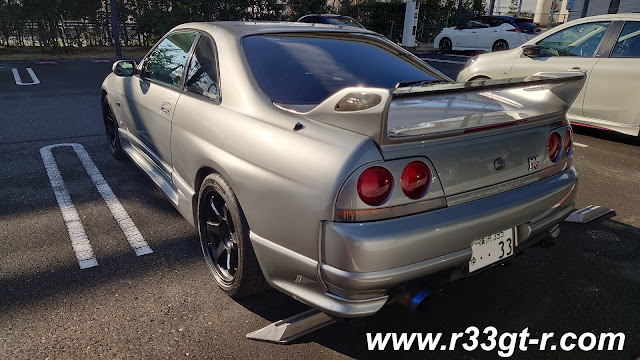 But what was the car doing at Nismo? Upcoming final post of the year soon!

BONUS - here is a nice photo of the CRS (Clubman Race Spec) R33 GT-R (Yep, it has been upgraded to CRS status). Why? Because it was sitting there, looking nice! Enjoy! 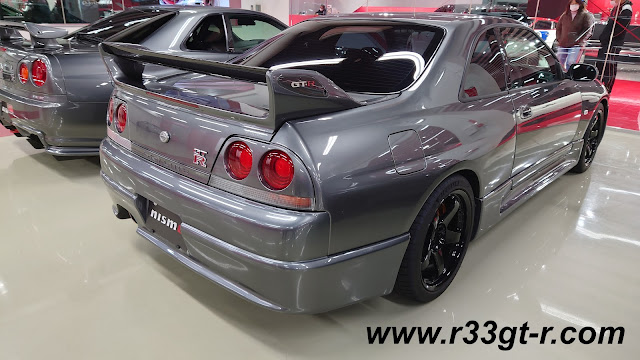 I would definitely get your ECU tune cleaned up, fix your catalytic converter, then you could just pull off the piece and not worry about cleaning a sooty bumper all the time.

It would look better 1cm shorter i think, but function is more importent to me so i would keep the large volume cover.