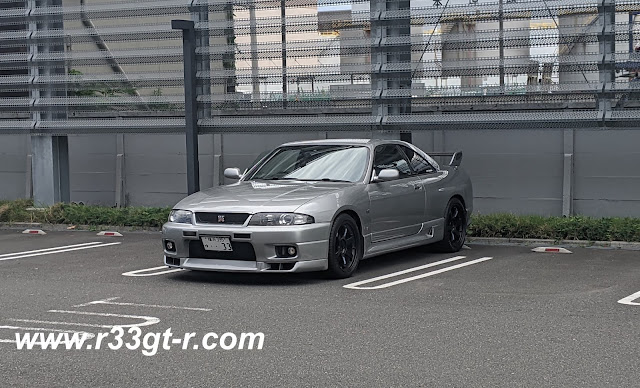 Yes friends, it has been awhile since my last post... but truth be told I was traveling outside of Japan for a few weeks, and figured - why not leave the car with Nismo Omori and get some work done while I am away?  It was also nice having piece of mind that my car was safe and secure in a 24 hour guarded, super secure facility! So I drove over and left the car there in early June and watched Ochiai-san park it in next to an RS260 Stagea...

So what work? I would describe it as some relatively minor work - some dent removal (barely visible except of course to me) on my left front fender from an errant mop handle, replacing the deteriorating door window film - both doors, in order to make sure the tint matched, and finally a weird one - the driver's side window rail had come loose!  Oh, and the aircon seemed to not be blowing enough cold air...

Anyway, even though I had been back for awhile, Nismo Omori was waiting for ONE MORE PART to arrive to do another small repair but then was told earlier this week that the part would not be available until mid-October!  So, as I have a few projects in mind, I decided to retrieve the car even though my Lexus and I have recently been enjoying more open garage space.

I arrived early in the morning on a weekday and found myself the only customer.

So of course I took a quick peek... 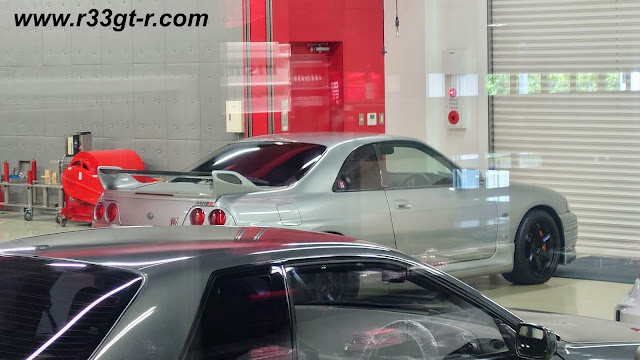 And then after I managed to scrounge up some yen that I found in my wallet and make another donation to Nismo, they let me into the garage area. 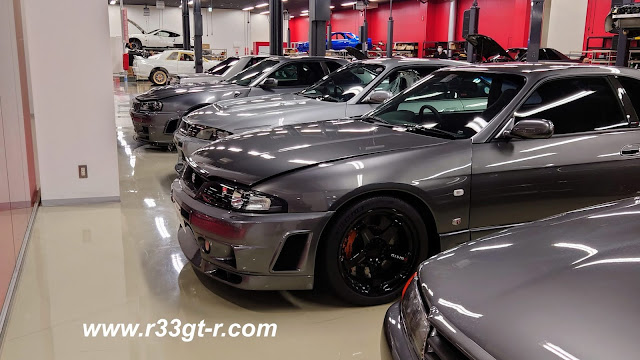 The color on the CRS car inspires me.  I like how it brings out the car's curves really well.
In contrast, the KR4 on my car - is it the same as the color on the 400R?...
So I like how the KR4 can seem to look really light, like here: 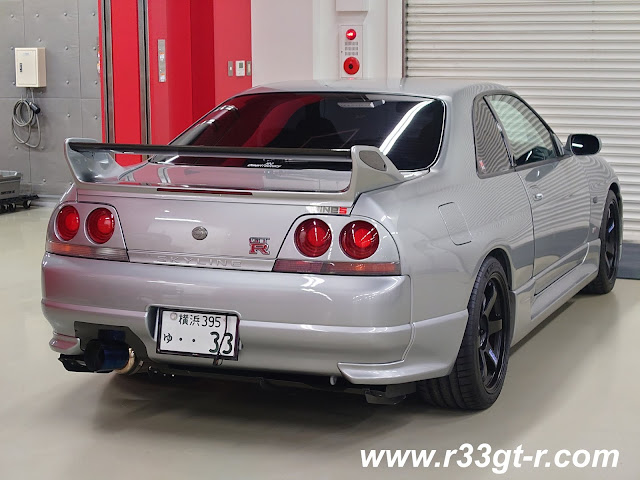 Same KR4, but looks different from this angle, right?
But under different light, can look a bit darker 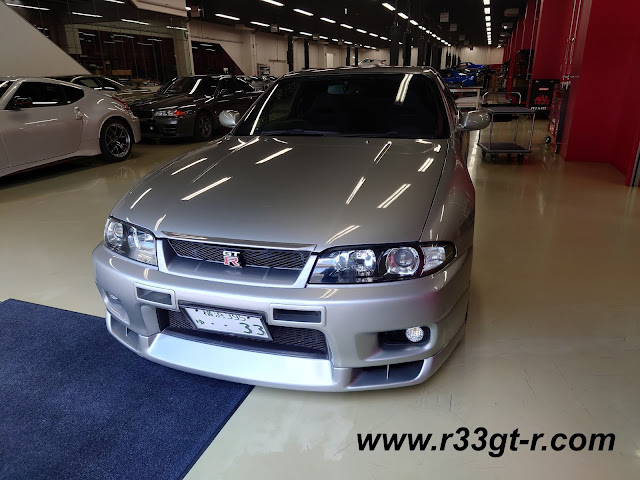 Anyway - back to the parts I had replaced. This one is a bit unfocused as I was using my new phone and I am still fiddling with the advanced camera function, but as you can tell this is the temperature sensor for the aircon.  This was apparently the culprit as to why the air started out cold but would gradually turn warm, even when the desired temperature was lowered on the HVAC controls. 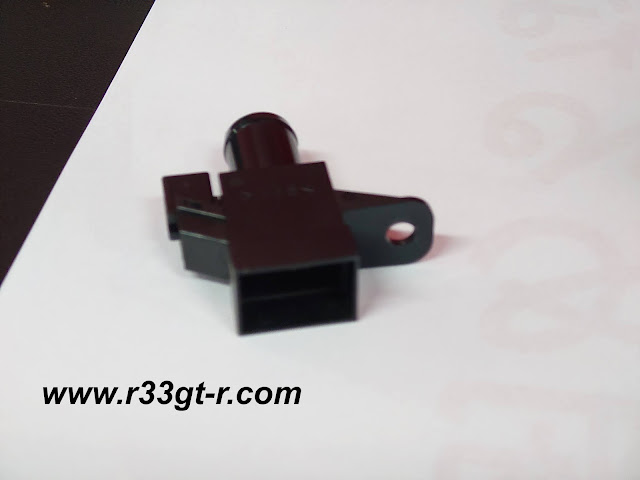 And this is the rusted out window rail.  The piece on the bottom is bolted to the door frame, and in turn is welded onto the frame itself. The rust causes the two pieces to separate, something I noticed when I was installing my door speakers last year. 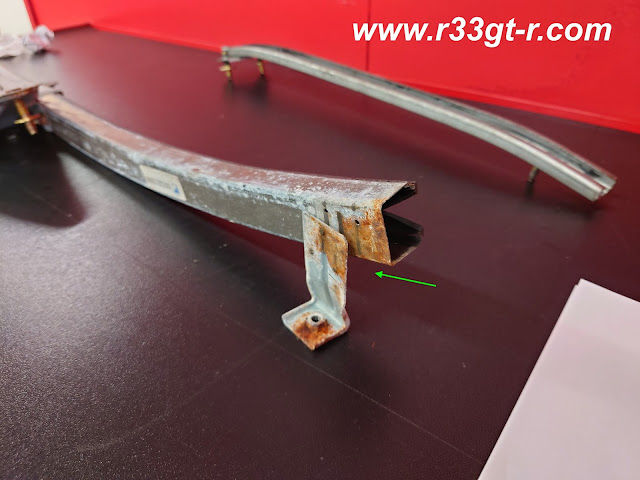 Photo that shows both pieces: 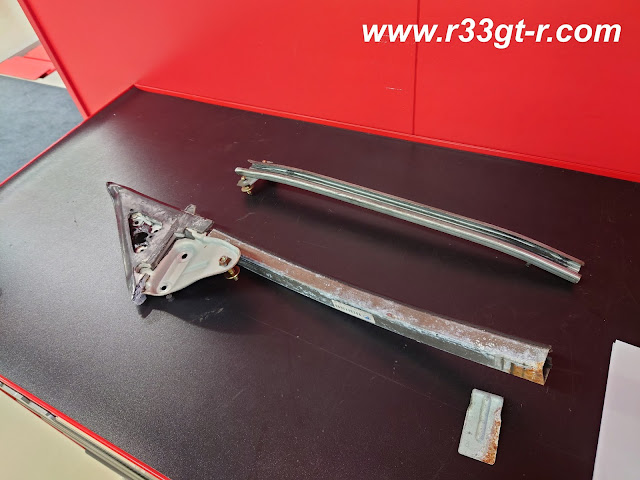 Interestingly, I did not know that the triangular rubber section where the door mirrors are attached, is actually part of this window rail unit.
Below, you can see my finger pointing towards the hole. And you can see that within the green ring, there appears to be a blackish material... and you would be right!  This is actually anti-rust paint I applied when I discovered this area rusting. So now, the right side is brand new and rust free, while the left side is...?? I guess I will look into getting the left side replaced too, next time at Omori Factory! 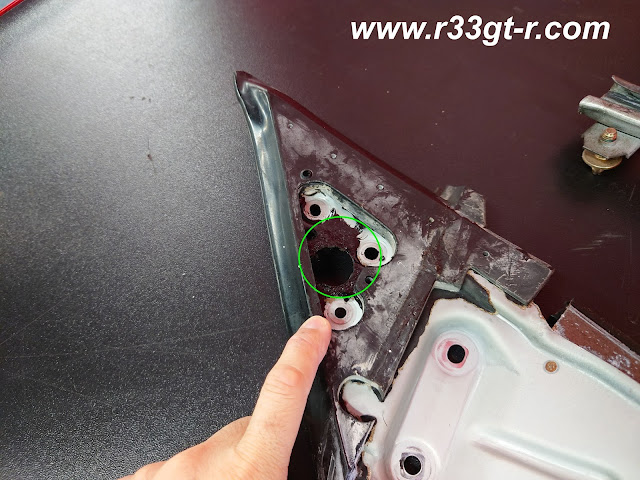 Finally, I also picked up a little something (one for me, one for a friend), which I will reveal in an upcoming post. 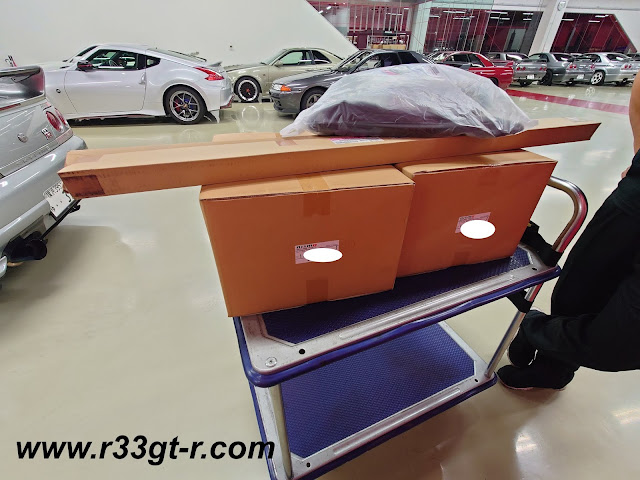 Oh man, I just noticed the rubber pieces around the door mirrors on my R33 are also in need of replacement. Another thing on the list I guess...

Just replaced mine too Aki! Only avail for drivers side. Passenger side is discontinued. Takes a lot of adjustment after as it’s a pillar less window but it’s refreshing to get that proper seal and sound now.

It's ok, Trust Kikaku will probably have a NOS one they could sell you for the right price.