The Other Thing I Put on the Wall (Garage Series)

So as I mentioned in my last post, the official Nissan poster wasn't the only piece of art I put on my garage wall.

You see, at last year's Nismo Festival, one of the vendors there grabbed my eye - Kusaka Engineering, who are known mainly for their scale model RB26DETT engines!

But in addition to making scale model cars and engines, they also introduced something else, which is made to order. So a few months after ordering it, it arrived in this box, which I had left stored in my office downstairs as I wondered what to do with it. 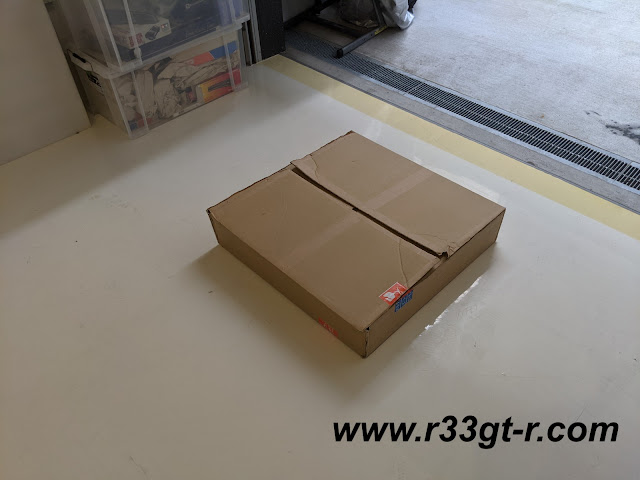 So Kusaka Engineering makes these LED lit Skyline GT-R displays:
And yes they make them in the appropriate font for each GT-R model. So of course I ordered the larger size for the BCNR33.
So I went ahead and plugged it in to make sure it worked. Looks awesome, huh? 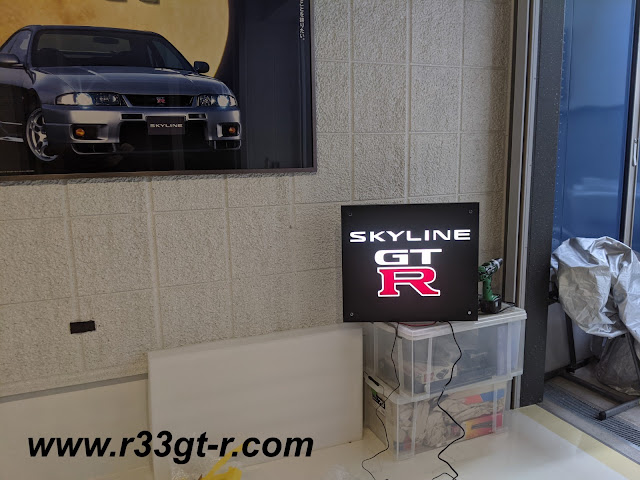 Just not sure where to mount it.  Initially I thought maybe next to the poster but that would create an unbalanced look. On the other hand, hanging on that wall would mean I could see it from my office.  But in the end, I decided the opposite wall would do nicely (and my good friend Dino agreed as well).  And it JUST fit, too.

To hide the power lead, I routed it below the window sill, using these clips, made to hold electrical cords in place. 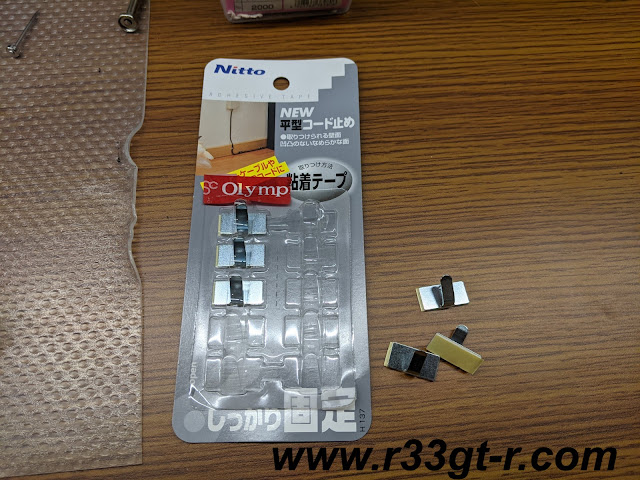 And that really cleaned it up! Can't tell how it's powered! 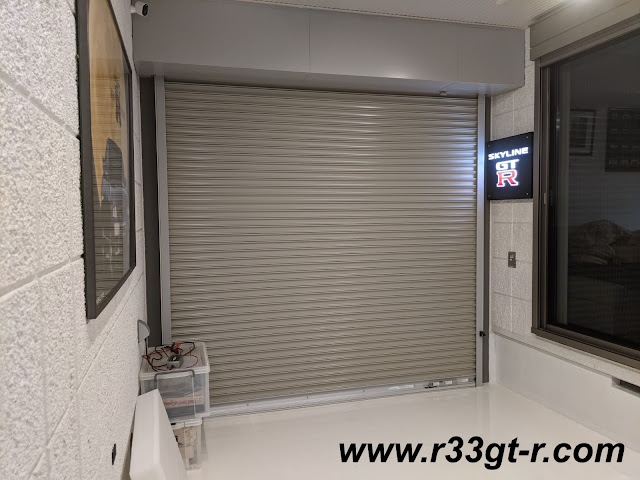 So how does it look with the car parked? Well the photo does not do it justice... 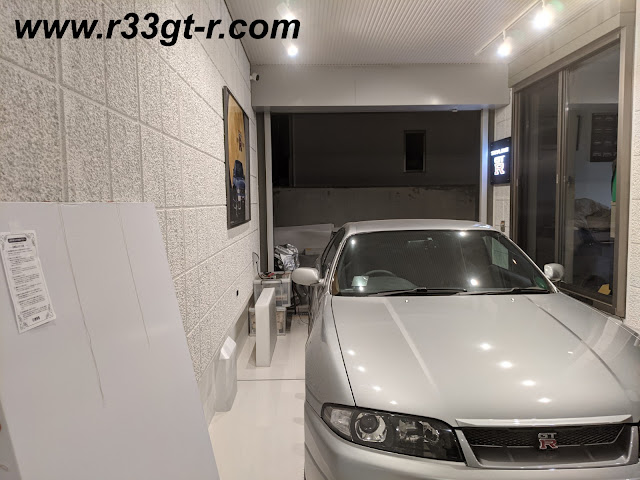 Maybe the garage is too bright? To the naked eye the glow is very nice. 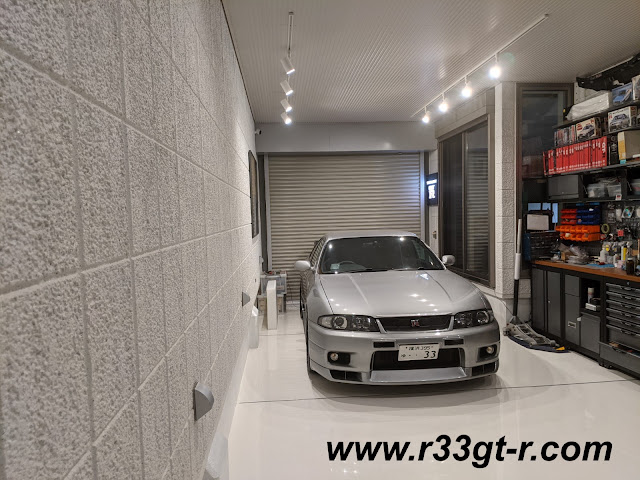 Oh, and here is a photo just to show how it looks from this angle. I guess a wider angle lens could capture both? 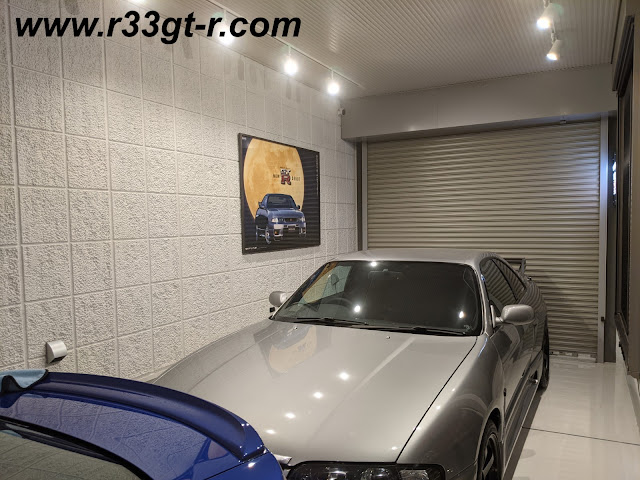 In any case, I am thrilled to finally have two pieces of R33 art finally up on the garage wall. There are a couple more items I am thinking about wall mounting, but I am in no hurry to add to these at the moment.

Must be quite the view from your home office these days.

A little bit off topic but DK revisited the R33 recently in these youtube videos:

He talks a little bit more about his comments regarding the R33 that ended up memorialized in Initial D.

Thanks for the links! I watched them. Unfortunately this is one where you have to read between the lines, he is STILL shitting on the 33. Wonder why.

Yeah, my Japanese is pretty much nonexistent so I'm mostly reading the somewhat disjointed subs. I didn't realize that he was giving weird backhanded compliments to the R33. I don't really get why the R33 gets singled out for the "press car" scandal considering the R34 absolutely had a similarly tuned press car to be able to do so well in the 1999 debut battle on BM before seemingly getting much worse in later comparison tests.

His comments about the size probably make sense in Japan but a Mustang here these days is 188 inches long and 75 inches wide. An R33 GT-R is 4 inches shorter and 5 inches narrower. It's a pretty compact car.