One More Item Back to Normal

In this case, I am talking about the control module for the Defi heads up display (no longer available, sadly).

I originally installed this gadget because I had initially kept the original speedometer, which only displays up to 180kph, per the old Japanese rules (and I think I did so when I first got the car, even before I started this blog!), rather than swapping out for a Nismo 320kph one. But I was literally seeing the needle go past the 180 mark and almost complete a full revolution every time I took the car to a track day at Fuji speedway. However, I didn't want the bother of swapping out the speedometer cluster because of the hassle in having it all re-registered with the new mileage (assuming you do it legally here in Japan).

As long as long time readers know, I eventually swapped out to a Mine's 320kph speedometer cluster I found, for which I had the mileage readjusted to be accurate to the car's accurate mileage.  And since I doubt I'll be selling the car to an unknown buyer later, paperwork to record that didn't seem that essential. Plus the photos on this blog serve as proof anyway.

In this previous post, I found that Nakamura the owner of Worx Auto Alarm (stay away!) had HIDDEN the Defi control module OUT OF SIGHT so it could not be operated. In the kickpanel, people! Obviously another example of brain fart.

At that time, because the dashboard was completely leather, and I didn't want to damage the leather, I found a makeshift way to mount the Defi control module back in the spot where it was originally mounted when first installed.

This time around, I had found my original fuse box cover, and I have now decided I can live without the leather covered fuse box cover, in order to securely attach the Defi module.

So the question was, how to mount the Defi module back on.  The module had the softer side of velcro attached to it. So instead of peeling it off, I went out and bought some velcro tape, then cleaned the fuse box cover to ensure the velcro tape would stick. 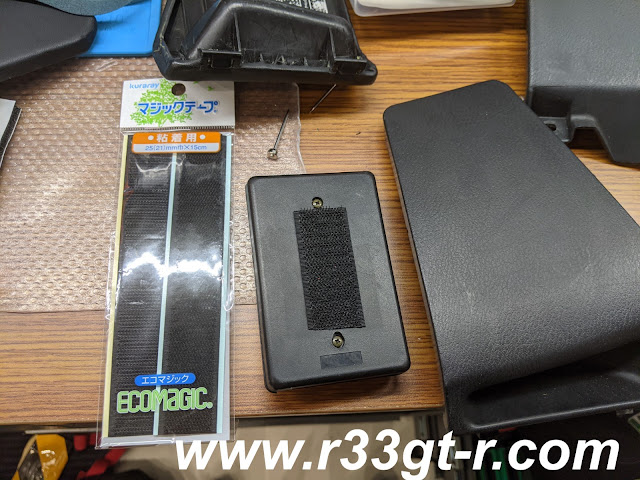 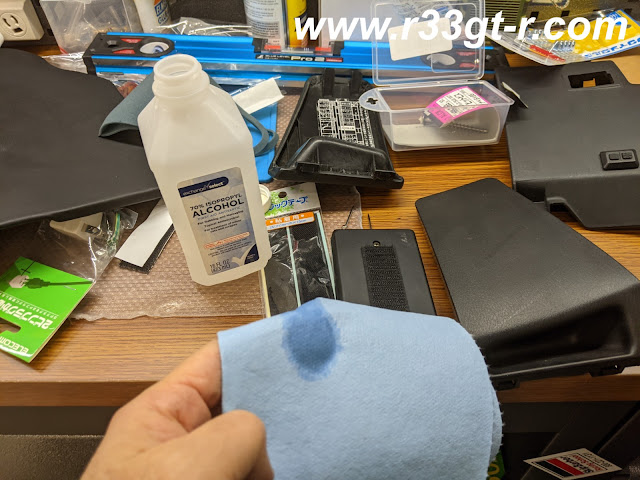 Unfortunately, when I tried to mount it...

Not only was there too much of a gap, it felt like the first big bump in the road and this would fall off.  It was then I remembered that Worx Nakamura had used velcro to mount to the INSIDE of the kick panel. Oh yeah...

So it was back to tried and true double stick tape. The 3M-Scotch kind, made for external automotive use. 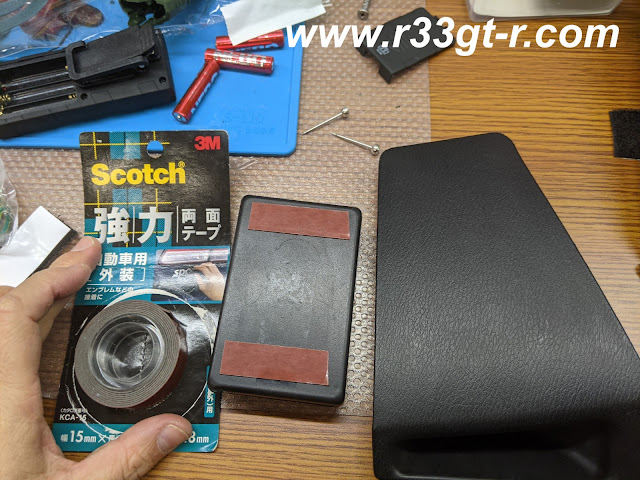 I took this photo to show how the plastic looks versus the leather:
Anyway, here is how the Defi module looks attached with the double stick tape.

After that, it was a matter of hooking up these wires to the back of the unit. 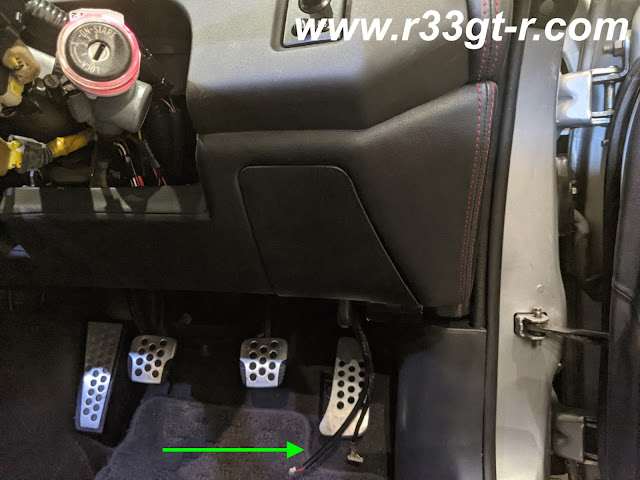 And then making sure the heads up display was working properly and aimed onto the little dark plastic screen attached to the backside of the windshield.

Sharp eyed readers may have also spotted this:

That's right - I also decided I could live without the leather covered kick panel!

Look how dirty it gets!

I mean, it is very beautiful, but to keep it that way I decided to take it off. Because it was bothering me that everytime I drove my right foot would bump into it, and for sure during heel and toe application my heel would kick into it.  Not enough to damage but enough to get it dirty or maybe slightly scratched.

So, I'll keep it handy for car shows where people might have an excuse to climb into the car.  Or take photos.  Most of the time however I think I will leave the OEM plastic in...one less thing to worry about!

So I'm not sure if this is my last post for 2020, it will depend on my energy level the last week of December during the holidays...if so Happy Holidays everyone...

To some extent your point about pieces like the kick panel being too nice to be kicking around is why I'm kind of afraid to try something similar. Fingers crossed that you unwind all of the issues from Worx soon.

Thanks! Yeah I think I am almost done... a couple more items up front which I hope to fix up in the new year!

Just read up on the last few months of the blog and as a reader you actually forget how much of an a**hole that workx auto guy was.

Instead of the double sided tape - you could also try out neodym magnets to hold stuff.