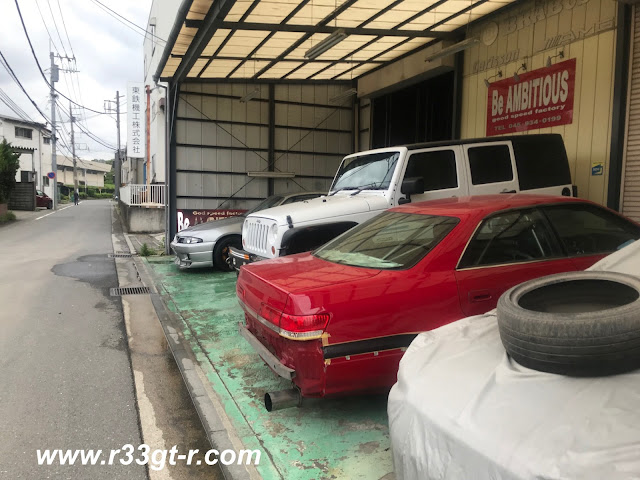 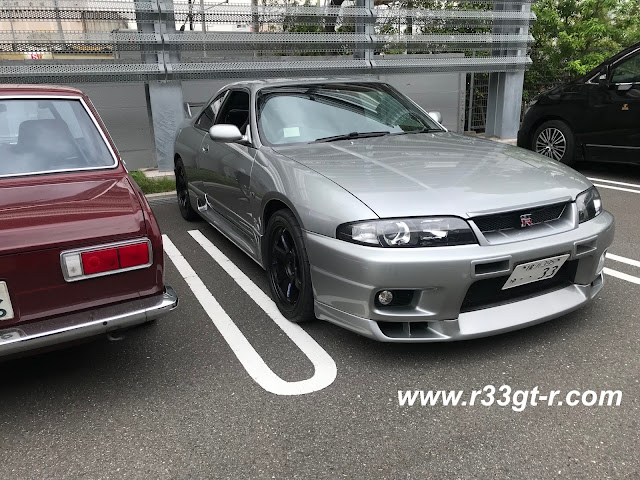 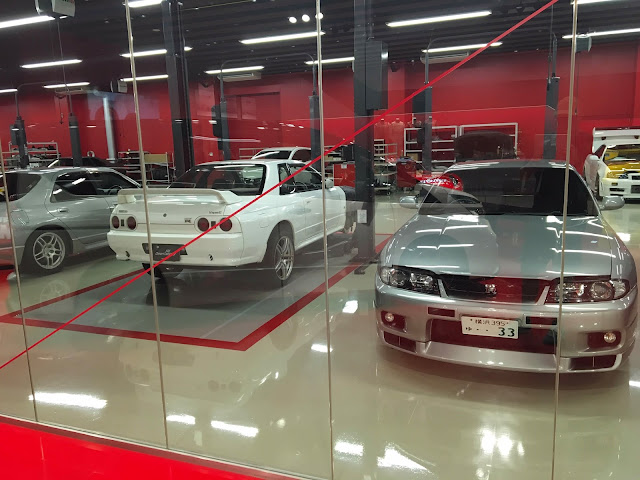 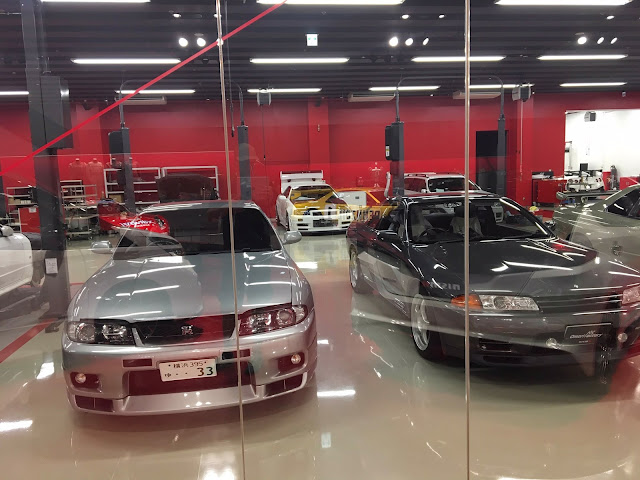 Thanks to my friend Matt B who's visiting from the UK and dropped into Nismo! Will have to catch up in person next time!!
Posted by Aki at 1:23 AM

600cc is not that much flow. With the stock ECU it is pretty simple to rescale the ECU up to 880cc injectors (2x stock flow).

The problem is likely that your injectors are just very old school. Atomization, spray pattern, and dynamic range have improved greatly on modern injectors like Denso UC and Bosch EV14. I would avoid using the Nismo/JECS 555cc drop-in injectors, the R35 OEM injectors would probably be ideal for you, especially with 3.5-4 bar fuel pressure instead of the factory 3 bar.

Definitely, agree that the injectors are old school. Most Japanese tuners stick to old school, although most now have jumped on the R35 injectors as well as other multi-hole units. Truth be told I have the parts for that upgrade, just never got around to it...

I suspect R35 injectors, MAFs, and coilpacks will be a substantial upgrade in driveability. Even with the stock dwell settings the R35 coils seem to deliver a lot of energy. If you use a standalone ECU with programmable dwell settings you can deliver pretty incredible amounts of power to the spark plugs. To my knowledge Omori is doing all of those things. If it's worth the expense is another question in my mind but I'm a pretty value-oriented person.

I think the main value from Omori will likely be their more experienced ECU tuners. They will know better about how to best set things up in the ECU to balance between power and longevity, etc...

Would it be possible to email me the R33 brochures and documents as many of the pictures don't work anymore on your pages unfortunately.

Many thanks in advance!

Please would you be able to email me the R33 brochures and documents Aki? Thank you