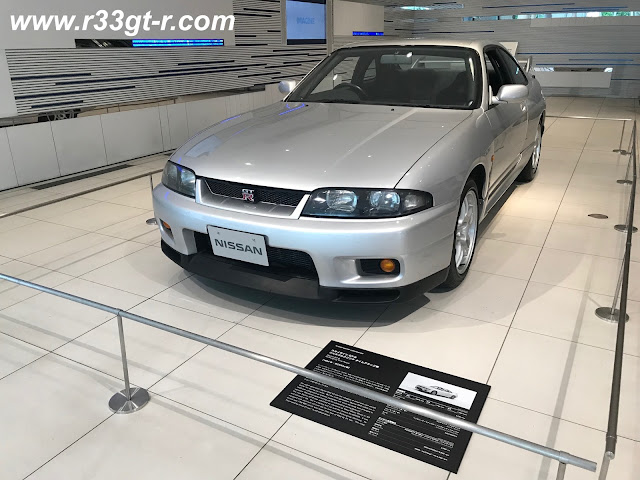 PS - I found an article about Gan-san and his trip around the Nurburgring in a 33...enjoy!
Posted by Aki at 4:01 PM

I love seeing stuff like this. I'm with you on not caring about preproduction cars, but record cars are kind of neat. I'm super curious as to what extra modifications its had. I would guess cooling system maybe?

Thanks for commenting! Yeah, saw the rear oil cooler, but even though I tried couldn't spot a front mounted engine oil cooler. Likely it would need that for sure...

At last man! Or should I say Atty. Aki! Haha! Was wondering what why it's been months and no post. Was even thinking did he sell the nice 33, I don't think so... Even commented on Ale's blog on your whereabouts. LOL
Well yeah you very busy because of that bad sneaky guy, I knew his face couldn't be trusted. Haha! But atleast he helped the company made a big comeback, but even doing that doesn't give the right to do that kind of corruption. I just hope all be beack to Normal, and maybe even have an all JDM only alliance, drop the EU stuff. Nissan is the bread and butter of the alliance anyways.
Wow so this is the 1st car that broke the 8 min. mark in the ring!! So niiice!

I suspect that if you pop the hood and take a look at the boost restrictor it's either been drilled out or non-existent. If they were willing to make some "tweaks" to the exhaust they probably ran more boost as well.

Great find!! Extremely interesting! I've just been reading some comments about the achievements of all three generations, and I find it amusing how people still claim the R32 is the more competent car and choose to completely ignore the ring lap and its LeMan success. I love them all, but the R33 was the most accomplished, a complete rework of the R32. The R34 threw in some tech and a six speed with basically the same underpinnings as the S3 33 and a less cohesive body design.

Great dedication to the passion Aki, love the work, and adore the car. Keep it coming, has been a tremendous journey.