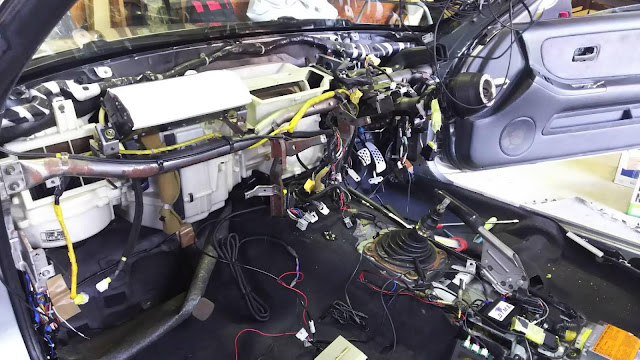 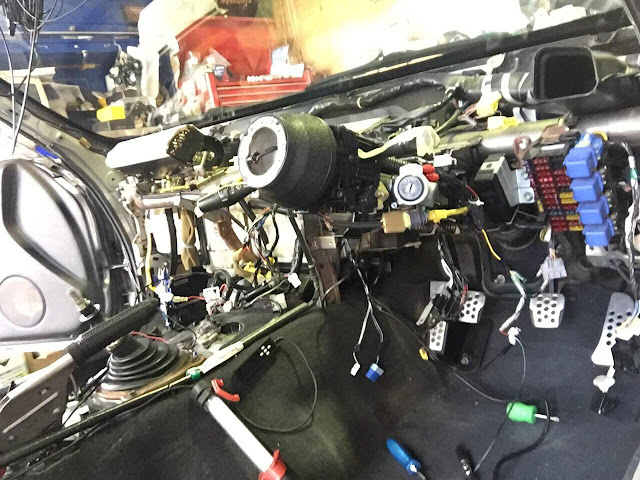 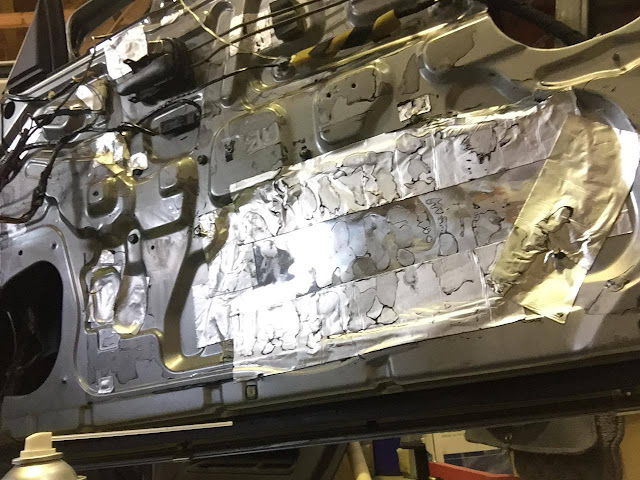 Anyway, stay tuned for a full review of the stereo as well as a discussion on what I rejected, as well as what I had to fix. Promise it will be interesting!
Posted by Aki at 9:47 PM

oh dear, not wanting to generalise, but i would have thought it would be courteous for one to ask the customer whether they wanted something done prior to executing.

Oh no, thats not right, toss away the Optima without even asking. Pretty sure a shop like that would know what an Optima would cost.

Regarding the rust on the steel support bar, that's all surface rust. You can easily remove it with some Flitz polish. If you want to make sure it doesn't rust again you can use some rust converter primer with a brush to carefully cover the bar and paint it black.

I am curious as to why the use of a double DIN stereo + navigation unit. In my experience a lot of those systems are just never as good as Google maps on a phone but the US probably has simpler roads. If you have some insight to provide here I'd be curious to know more.

those A pillar tweeters doesn't look OEM. when you want OEM look, then a component with separate tweeter isn't right option. I think a coax with separate crossover (Morel MAXIMO/TEMPO coax or Helix E6X.2) was better choice.
btw , I'm waiting to see what's your plan for sub-woofer.

To both, thanks for your comments!

First guy - yes well I don't think that was done but will have to look into it the next time I have the dashboard out, thank you! And as for the 2DIN - well, I am going to start researching for a blog post on this overly complicated Navi, and it has some amazing features not available on the iPhone. Like car anti-theft features, on board video, etc. Pretty slick. As for Google maps, yes of course I use both, but the problem is that with Google Maps, it often shows streets here in Japan that are too narrow for the car, or once even a set of concrete stairs! So not as accurate as it could be. Useful for long distances but fails big time for the tiny Japanese neighborhoods. Navi you can set the dimensions of your vehicle and it will guide correspondingly.

Second guy - actually Nissan did offer a tweeter option for the R33. But it wasn't as large for sure. I should do a post of the sub-woofer that got thrown out, you can see what it was all about...

@Aki: First of all, nice interior all in all.
Shame that after all the work (and labour cost), you still have some things to fix by yourself.

For a shop to treat a customer car like a car that they themself own, can be a good thing (regarding OCD for example). But them making decisions on your car that were not discussed before is a big no-go. No idea why Nakamura-san thought that would be a good idea? May be he just wanted the car gone after the amount of time it was in his shop. For what I understand, that was kinda also his fault, for doing/fixing things you didn't ask for.

Also no idea how you he would calculate the bill for the work you didn't ask for?!

Hope you can figure things out together and in the end it will be worth it!

Mot, thanks for the comment! I have no idea either as to why such decisions were made, but think that he honestly thought they were in my best interest? In any case the car is back with me now and I'm doing what I can in my spare time to fix any problems I come across. I also am researching car audio shops in the area, maybe they can help as well...

LOL. Overzealous or treating a customer's car like his own is good, just pleassssse inform the owner first before deciding on changing something that's not been discussed! I have had an almost similar situation before, the shop feels they now better. Haha! It's my car and my life d___ it! xD
Anyways, one theory about the batt. change is that maybe... just maybe, he drained the yellow top on his shop and cannot bring it back to life. Haha! It happens man.
For the rust, I agree with the guy above, you don't need to worry. Those are solid thick bars, rust are just surface ones.
One thing I don't like about this is, the car is a bit going away from OEM now, even the wirings! Hehe. It'll be hard to pattern things now with what Nissan did. And if ever you gonna sell it in the future, well, good luck to the poor owner. Maybe he gonna ask you every now and then, "Hey Aki, where's the x and y wirings?", "Hey Aki, what the heck is this for?", "I cannot find this pillar from Nissan Aki.". xD
But still!! The trade off looks very good! I can't wait to see it finished. :)

Thanks man! The lesson learned is, always be in control. So yeah, I've been working on fixing various things, just a few more things and I can publish an update...

why is it lonely?