So after lunch, as I gazed out onto the pit below us, I saw the Nismo race team manually moving the R33 LeMans cars.  So, I sensed it might be a good idea to leave the warm, cozy Guest Room and back into the cold. 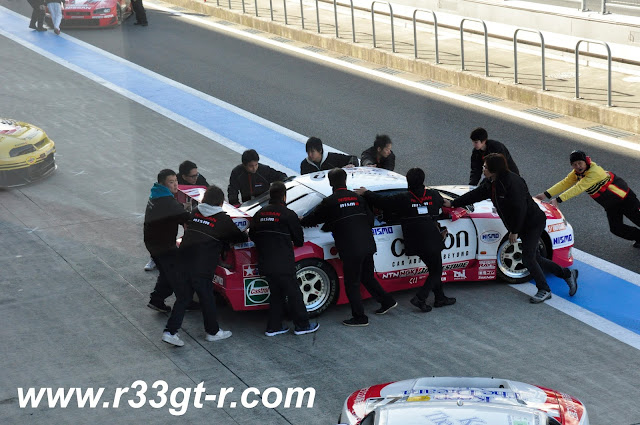 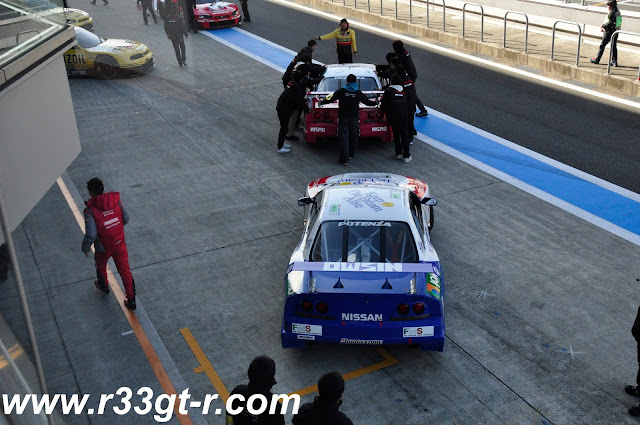 Right when I got downstairs, I received a text message from my buddy Matt Rearick - he was coming back from lunch too so we arranged to meet up in one of the pits where some of HIS friends had fielded a race car.  As we were chatting we also got a text from Abe (visiting from Hawaii!) who had just finished the "pit walk" and so we had a mini ClubR33 meet right there! (Dino is a member actually...)

As we all had places to go, we said our goodbyes and I went outside with Dino and Alessandro again.

It was about this time that Dino, good guy that he is, felt that Alessandro should be able to enjoy the machines a bit closer up - so he lent him his Press Pass, and the two started enjoying close up access to incredible machines.

Watching from a distance, I realized that for a member of the Press, Alessandro looked ridiculous taking photos only with his iPhone. So, I leant him my Nikon DSLR but asked him to focus on the 33 cars.

But I have to say, Alessandro has a very good eye for photography. He knows how to get just the right angles. 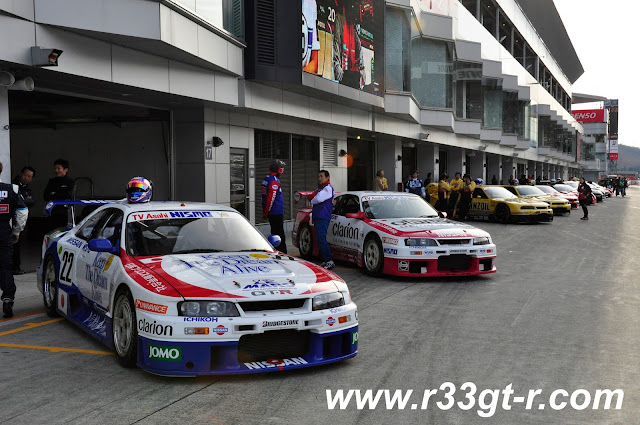 Then, it was time for the LeMans cars to leave the pits and hit the race track! 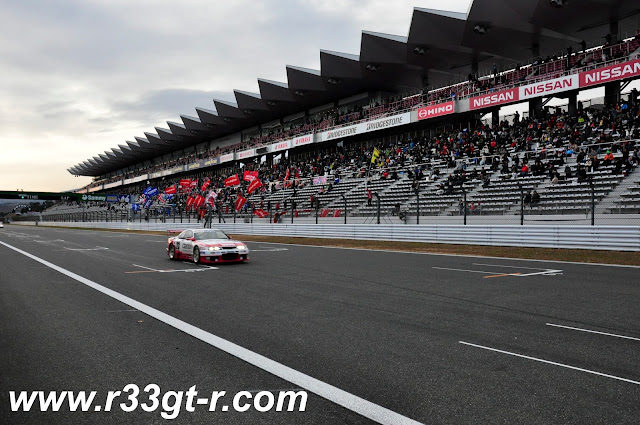 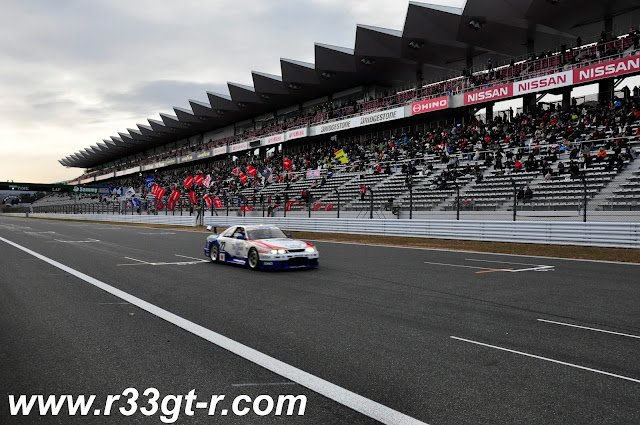 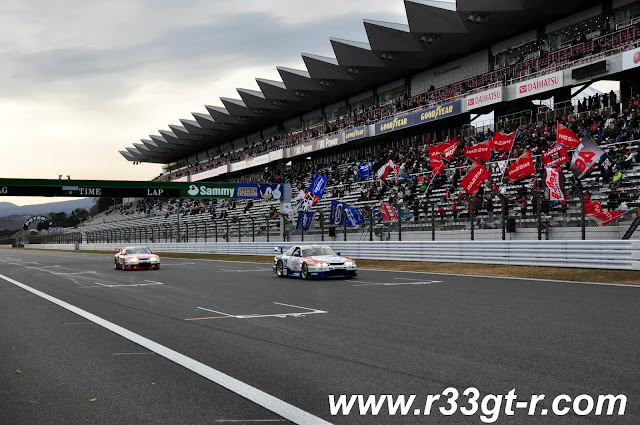 Although they weren't lapping at full speed (I'm guessing around 250kph?), it's hard to understand how fast these cars were going on photo, so here is a video I took from back up in the warm Guest Room.


It seemed too soon, but the cars started coming off the track. 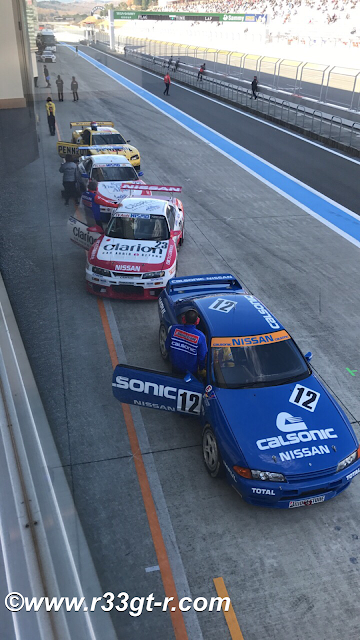 It was now about 4pm, and time to leave before the rest of the crowd also did. So, Dino and I gave Alessandro a ride to his rental car, and then we proceeded to try to beat traffic. We agreed to avoid the Tomei Expressway going home and have some fun doing so by taking the touge roads up in Hakone and going around the worst of the traffic on the Tomei.
But first, I had to get some gas, and for some reason the IS-F indicated it was low on oil, so we stopped off at a gas station to get that taken care of.
Unluckily, some genius decided to have an accident on the stretch of road right past where we would merge from the mountain road, which meant that our time back STILL took 6 hours! Mind you, in the morning we got to Fuji Speedway in about 90 minutes, so this was an all time worst.
Finally, the traffic cleared past Machida and we picked up enough speed for me to enjoy a fun drive home. Next year, I will think about getting a hotel room and staying the night, OR getting someone to drive ME out there...

I hope this two part chronology gave you a sense of what the Nismo Festival is like!
Posted by Aki at 12:10 AM