So for years I have done my tinkering with relatively cheap tools - some not so bad ones like an old Craftsman standard/metric socket set I "borrowed" from my dad, but others from a random assortment of tools that I collected over the years - basically I would buy something when I needed it, without thinking much beyond that.
With the COVID-19 pandemic, however, that all changed.  I realized that now was the perfect time for me to build up my tools to high quality ones.  Working for Nissan, I also wanted to make sure that everything I bought was Made in Japan as well - hey gotta support Japan industry. If not Made in Japan, then at least a Japanese brand.  After all, both my cars are Japanese, so I figured why not get tools that match?
So over the past few months I have been doing my research and collecting when I can, certain tools.  A couple of these popped up on this blog previously.
But only recently did I decide to go all out. For example, I discovered that Kyoto Tool Company ("KTC") specializes or at least is known for automotive repair related tools.  KTC is Japan's most popular brand and because I like supporting the underdog I wasn't automatically going to buy anything KTC so I did a lot of research.
But then I discovered that KTC and Nissan have a long standing relationship - KTC still makes tool kits for Nissan, for example, and in the past even supplied its Mirror Polish (now their super premium NEPROS brand) tools in Infiniti tool kits!
In fact right now NEPROS are providing this tool kit for Nissan's Autech brand:
Anyway, this lead me to purchase a nice rolling tool cabinet - KTC offers several models but this is the only one fully Made in Japan.  It comes in silver, black, white or red so of course I got silver to match my car and the garage cabinets.
I also got the tool inserts designed for this tool cabinet - yes perfect for my OCD but in actuality really useful as it was easy to grab the right tool quickly, and also it made cleaning up so much more efficient too.
However despite the cut outs for the KTC sockets and KTC socket wrench, you will note that even though I ended up filling up the socket holes with regular KTC sockets, I still went with another Japanese brand for more specialist sockets (not shown here) and a superlative socket wrench, Ko-Ken.
Check out the difference between a KTC NEPROS 3/8inch socket wrench (bottom) and the Ko-Ken ZEAL 3/8 socket wrench (top). 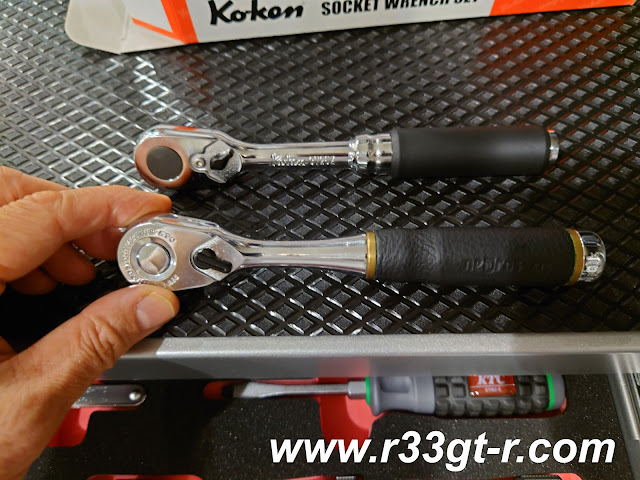 This company's wrenches are definitely superior to even the NEPROS socket wrench in terms of feel, balance and the ratchet resistance. With such light resistance, it really makes it easy to spin it by hand as well as return the wrench to the initial position.  The additional spinner wheel helps, as well as the cross hatch pattern on the extension bars, which Koken offers but KTC did not.

While I did order a set of KTC screwdrivers that fit nicely into the cutouts (and I had previously picked up the set of 3 KTC wrenches on sale), I still continue to rely heavily on this lifesaver, a rechargeable motorized screwdriver by Vessell, acknowledged as the premier screwdriver specialist in Japan. By using the motorized feature, much less tiring than spinning a screwdriver by hand, although of course for delicate work you can simply use as a regular screwdriver.  With the built in LED light, this kind of tool is particularly useful for doing work in dark places like the underside of the steering wheel. 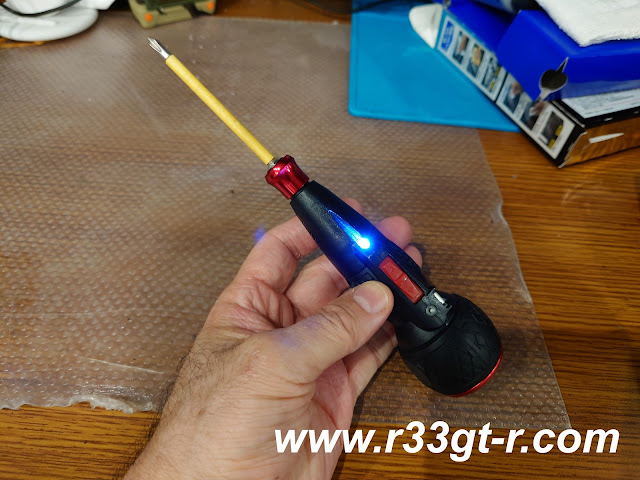 Talking about dark places and lighting - I relied heavily on this LED headband as well as this magnetized COB LED work light by GENTOS - 1100 lumens, and a 10,000 mAh battery which lasts for 12 hours (if not more) easily on one charge.  Proper lighting is KEY when working under the dash. 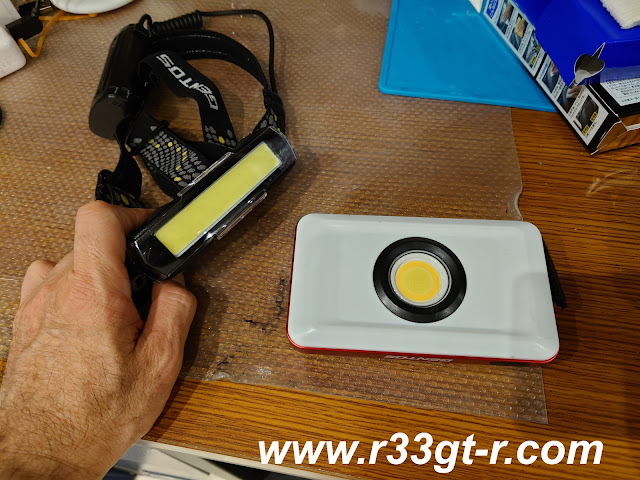 But perhaps the SUPERSTAR of my recent project on Marine Day is this tool - can anyone guess what this does?
That's right it is a special tool designed specifically to quickly and easily remove those very annoying multi-pin automotive electrical connectors.  Made by Muromoto Tekko as part of their automotive speciality tools lineup and of course Made In Japan.  In the past, I had always struggled with those white electrical connectors - for example those that connect the power window switches to the main harness, or all those that connect the buttons on the main surround to the harness behind it.  Using this means my fingernails are no longer cracked, fingers are no longer sore, and since the tool makes disconnecting the connectors easy, it helps prevent damage to whatever interior piece that needs removal. Especially true as those plastics have all hardened with age and so require more force to disconnect than might be expected.
I found this graphic which makes it easier to understand what I am saying...
In the same way, I also used this other tool a couple times for smaller connectors - it slips onto your thumb and gives you a built in plastic tip that you can press down on those small little disconnect tabs on the couplers.
So here is the rolling tool cabinet in action. Maybe in a future post I can show you how it arrived and how I had to unpack and put the wheels and side handle on, but in a word, it was super heavy! 74kg empty!!
There were several other tools I found and purchased in order to round out what I might need - except they were not need this time round. Like this 1/4 inch ratchet and socket set from Ko-Ken. Same super smooth low resistance ratchet as the 3/8 size.  And yes I do have the Ko-Ken Nut Grip Sockets, separate from this set and in both 1/4 and 3/8 sizes. 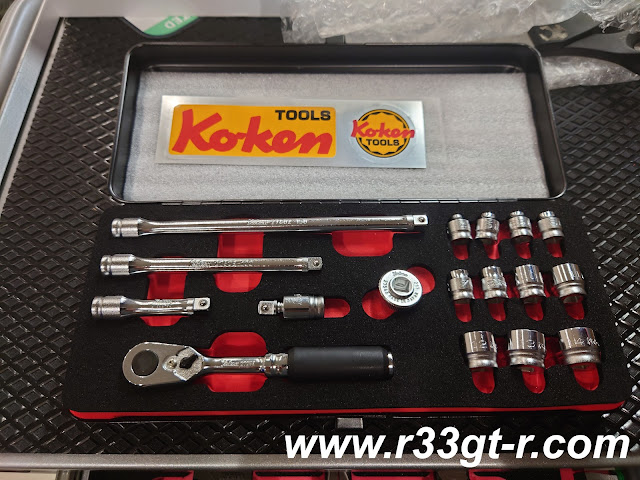 Not sure when I will be able to start really using these tools, but I feel pretty prepared for just about anything now, short of an engine or transmission removal!

Ok next post - back to more car stuff. Stay tuned and thanks for letting me talk about these tools.

I love tool talk, this was a super cool post. Don't feel bad about posting these kinds of things. I am a cheapskate though so most of my tools are from Harbor Freight unless something breaks and I can justify spending more. I love my Vessel JIS screwdriver set too.

Thanks man! I have so much more I want to talk about with respect to tools...maybe will have to sneak them in as I can! Of course being in Japan means I can pick up Japanese tools locally very inexpensively so I am lucky!