Proper Update - Exactly What IS My Car Doing at Nismo Omori Factory?

#project33 is now at #nismoomorifactory What is Aki up to now?? #thespeedhunters
A post shared by Dino Dalle Carbonare (@speedhunters_dino) on Aug 8, 2019 at 4:45pm PDT


What, indeed have I been up to? As I indicated in these posts - A Quick Visit, Dropping My Car Off, and then a short update - I have been purposely vague about what is going. The reason is quite simple - I literally have had no idea, up until now, what work I might ask the guys at Nismo to do on my car. Also, getting down to Nismo on a weekday is always problematic, because they close at 5PM! Which means I'd have to find an excuse to leave work early, which as you might suspect isn't easy for me these days.  But somehow, a couple of weeks ago I did just that, grabbed a ride with Dino and we drove down to Nismo, arriving just as they were closing up the shop.  Luckily for me Takasu-san and Ochiai-san were busy with other customers and so after a few minutes walking around and taking some awesome photos, they were ready to talk to me.

Naturally, I got excited seeing this (and excuse the large watermarks...experimenting with a watermark app): 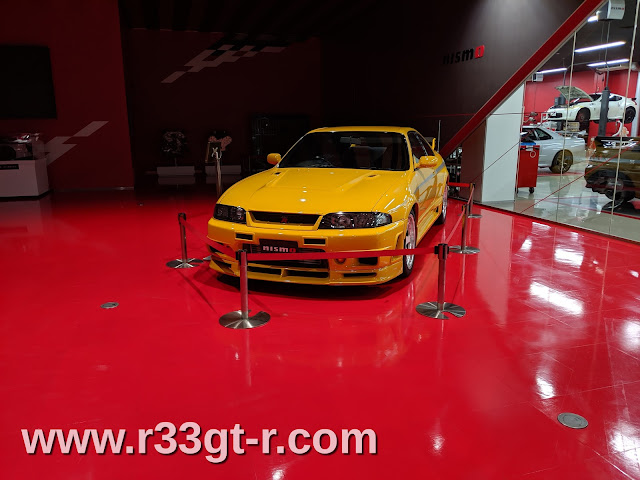 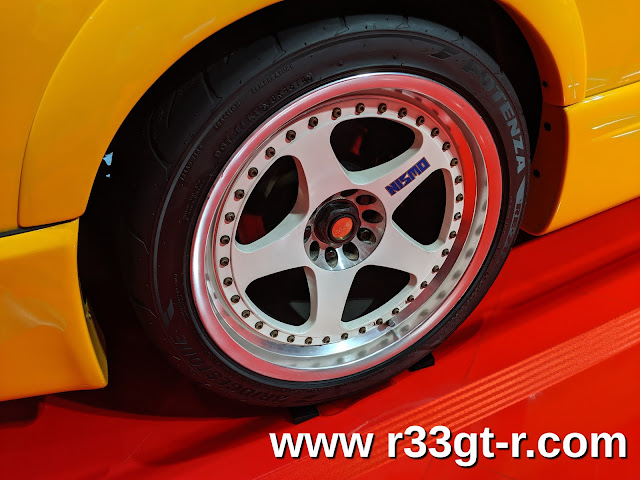 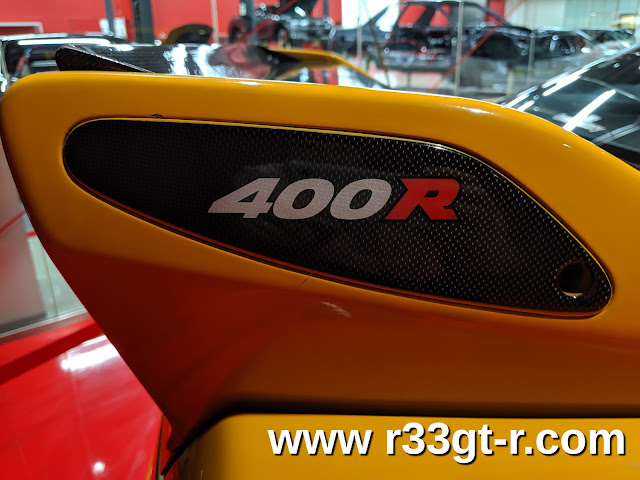 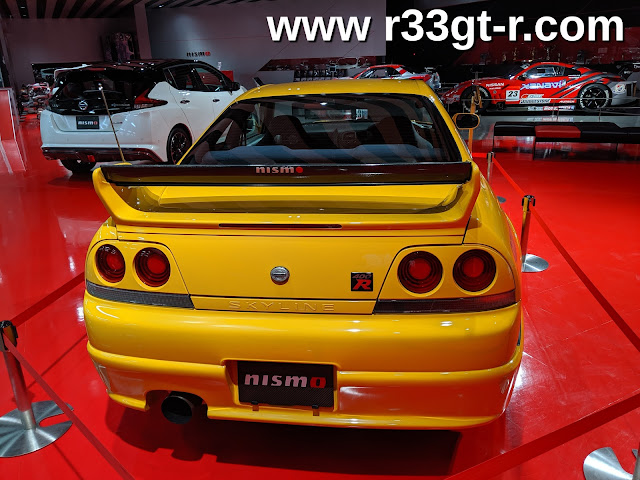 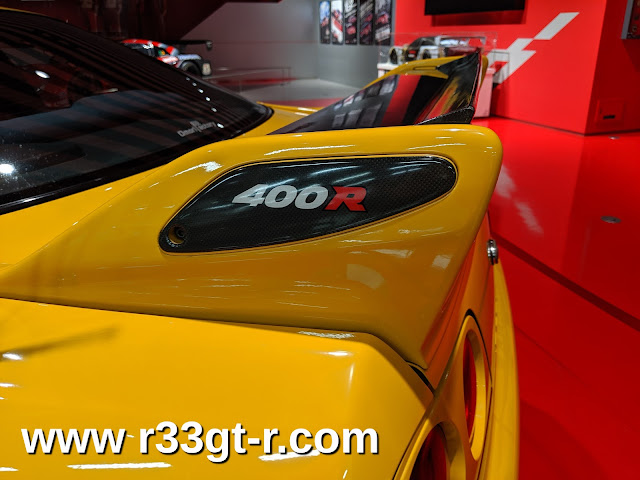 Anyway back to my car - first, I have no interest in replicating Nismo's very nice Grand Touring Car BCNR33. Or creating a CRS version of it. Also, practically speaking, I don't have that kind of money either.
When I dropped off my car with them, I told both of them (with Ochiai-san being the chief mechanic for my car) that I wanted them to test drive my car, then put it up on a rack and find out everything wrong or damaged with the car, no matter how minor. We would then be able to plot out exactly what needed to be fixed by Nismo, what could wait, and what could be handled by other shops. They agreed to the plan, but told me they would have to replace all fluids in the car first, then do the road tests. Sure, the car needed an oil change anyway...

The result? Ochiai-san says the car drives fine. The Mine's engine is not to his liking but in comparing it to the Nismo crate engines, it's just a matter of personal taste. He doesn't like the extremely quick response, preferring the more smooth OEM like response (i.e. with more turbo lag) of the Nismo engines.  Not unexpected since he builds them.  Ok - that's fine, I was planning on someday getting Mine's to do a bit more work on the engine anyway. Not everything has to be done by Nismo.

As for the body - they found a few rust spots (As I suspected from being left out for 6 months in Chiba near the Pacific Ocean, thanks to Worx Auto Alarm) but nothing major. Otherwise the body is in great shape - good enough that they discouraged me from having to repaint the entire car. They did point out some minor issues such as the fitment of the BNR34 diffuser (jack point is off due to the larger capacity diff cover) and how the Do-Luck floor support bars made jacking up the car more difficult (never mind that the car was put on a lift up at Do-Luck when it got installed -note the small rubber blocks used...). So frankly I'm not sure what to make of their claim. 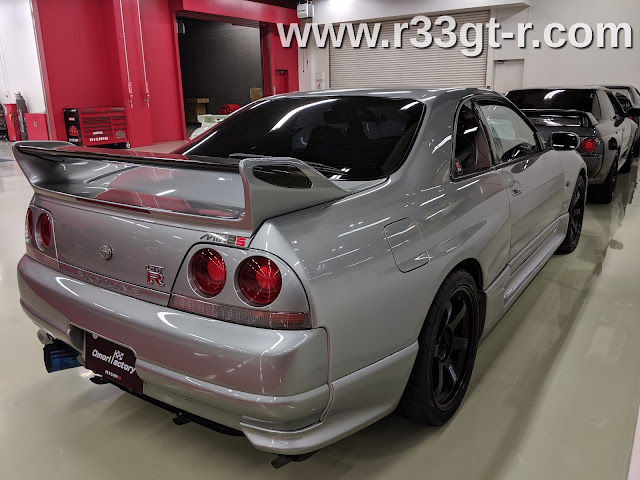 So then what would they recommend I do? This is when they brought out their Chassis Refresh Menu which in essence replaces all bushes and suspension (links) components as necessary. This actually was not a bad suggestion, because I have never replaced the bushes in the rear subframe since I've owned the car (and thus the car has probably never had them replaced) and I installed most of the Nismo link set back around 2008. So no doubt the rubber bushes have degraded, some more than others.  I suspect that replacing everything at once is the closest I'm going to get to that "new car feeling" we all dream about. 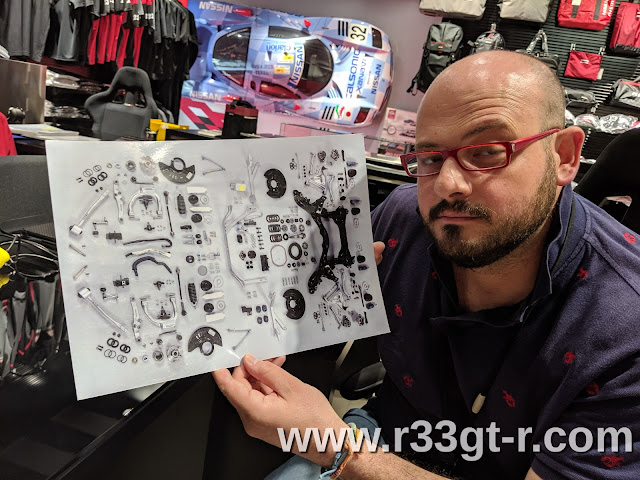 We could of course simply replace all the bushes, as I'm sure some of my brothers and sisters in the car world have, but when it's Nismo... well no doubt labor costs to do so would plus since some of the links have surface rust, might as well go ahead and replace the link and the already inserted bushing at the same time - and I have no problem with that as I have plans for the old parts that would come off.

Anyway here is a nice closeup of the parts they replace during this "Chassis Refresh"-
Now of course Nismo Omori Factory has various other "menus" for the BCNR33. It starts with their RB26DETT Engine Menu,  with different options for their engine "refresh" as well as S2 and R2 packages. Next they show a link to their CRS car, suggesting that you too, if wealthy enough can get your car converted to one I guess. Not for me, if I repainted it would be a different color. Plus I'm enjoying my custom leather interior too much.

There is also their RB26DETT engine analysis menu, as well as their vehicle analysis menu.  Both of these inspections also replace all the car's fluids as part of the menu.  Then comes the chassis refresh menu which they are proposing for my car, followed by their interior refresh kit. The interior kit I was intrigued by, but it's mostly for the BNR32, for the 33 it's just seat covers and the steering wheel.

Their next kit, what they call their "countermeasures to aged deteriorated parts" is basically a collection of certain parts that deteriorate over time and affect the car's performance - in this case ignition related parts, the air flow sensors, and the analog G-sensor. Obviously no problems with these parts on my car, especially since I have had the Tarzan digital g-sensor from Do-Luck and now their DTM2.

Finally they have their R35 Brembo brake kit. Which I don't need of course.

So what's the plan for my car? Well, I'm very tempted to go for the Chassis Refresh menu, of course. But any Nissan dealer could do this. So, what can I do only at Nismo that would set my car apart? 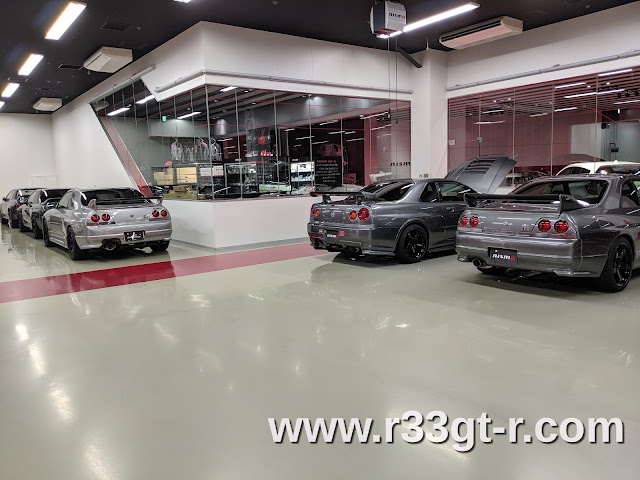 Nice to see the photo of parts for the chassis refresh menu. It gives me ideas and acts as a kind of reference for me to do something similar in the future for my car (even though it isn't a Skyline or a Nissan, but still applicable to any old cars out there).

Wasn't there some carbon airbox that Omori has for the R33?

What's the damage on the chassis refresh menu? Is that something that could be bought as a kit and shipped? (Would be so awesome!)

Ken, agreed. I'm hoping it makes the car feel brand new. Anon- I think so but let me check. Paul I'll ask next time I'm there...

I guess when they say the Do-Luck support bars made jacking the car difficult is because their hoist pads are maybe wider and where the do-luck support bars are it sort of gets in the way but it's simply a matter of just ensuring the pads don't foul it and there's plenty of space between your side skirts and the jacking points to make necessary adjustments so like you said, not sure what Nismo are trying to make of it unless they are just hinting they don't like any non-Nismo upgrades but being a Nismo factory you'd expect them to be biased and say something like that about anything other than Nismo mods as you've mentioned Ochiai-san not liking your more responsive and better power delivery Mines engine.

I think you are right, Anonymous! Anti-Nismo bias....