So with all the major panels done, what was left?

The details, that's what!

First, as I had hinted in previous posts about the front doors, we had decided to modernize by having reflective + light up LED courtesy lamps in the front doors.  Actually, I had initially sent over some old Nissan Laurel white door courtesy lamps, but they did not look right as you can see below.


So, I decided that I would prefer a red lens, and for longevity, LED.
I looked on Yahoo Auctions for something made by Nissan, but in the end found something cheap on Rakuten.
Even though I had only sent over the rough dimensions of the lens unit in several photos like the previous 2, Cesar went ahead and prepared the doors.

Five days later, Cesar informed me that the lenses had arrived, and sent me the following:
OK so what was next? Well, given that there was bound to be some leather left over, we had decided to really go for a complete leather interior:
As I mentioned in another earlier post, I could not figure out how to remove this seatbelt guide, without cutting it. And yes, I unbolted the seat belt but getting this guide piece off without cutting would mean disassembly of the seat belt spring mechanism, and for safety reasons I did not want to do that.
And don't forget the overhead hand grips I had also sent: 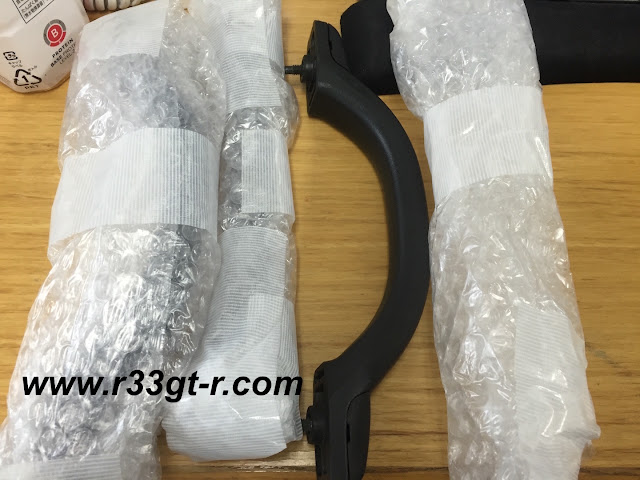 These came out quite nice too.
As well as the gear shift lever boot and handbrake boot:
Then, due to a delay in the production of my carbon pieces (or rather, the pieces got lost in the mail and eventually got sent back to Marc, who had to resend...), Cesar got impatient with the center console piece and decided to wrap that in leather. What do you think? 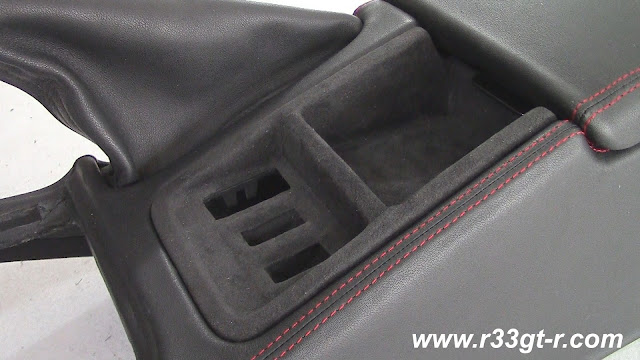 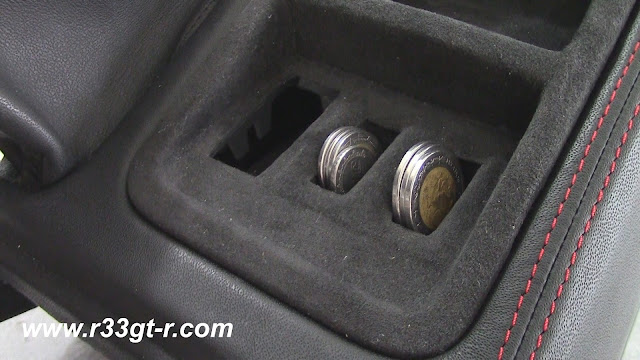 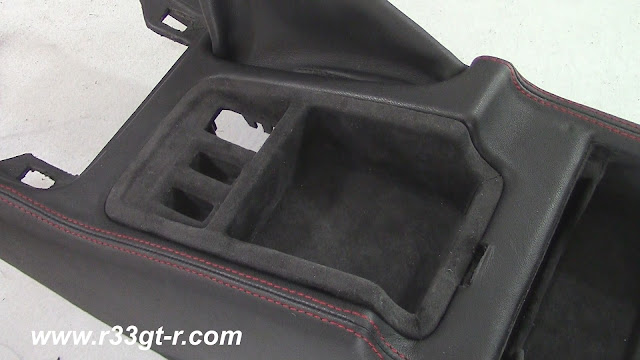 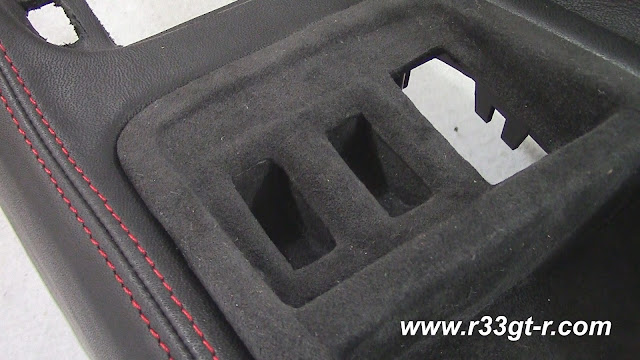 Finally, my friend Alessandro had remarked that, true bespoke parts needed to have some kind of plaque as proof. Like the ones that Nissan has on the R35 GT-R: 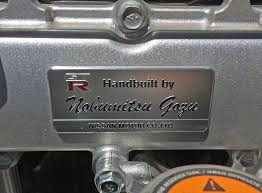 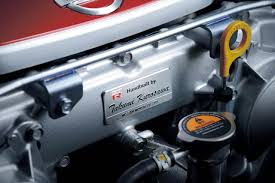 Great idea, right? My problem was, however, that no matter how many times I asked Cesar to send me a photocopy of his signature, he never obliged me. I guess, maybe he thought it was a risk? He is a smart guy after all... so I had to improvise.

I found a company in the US, PlaqueMaker.com that makes custom plaques in different metals. Of course I chose titanium, and asked them to inscribe this message: 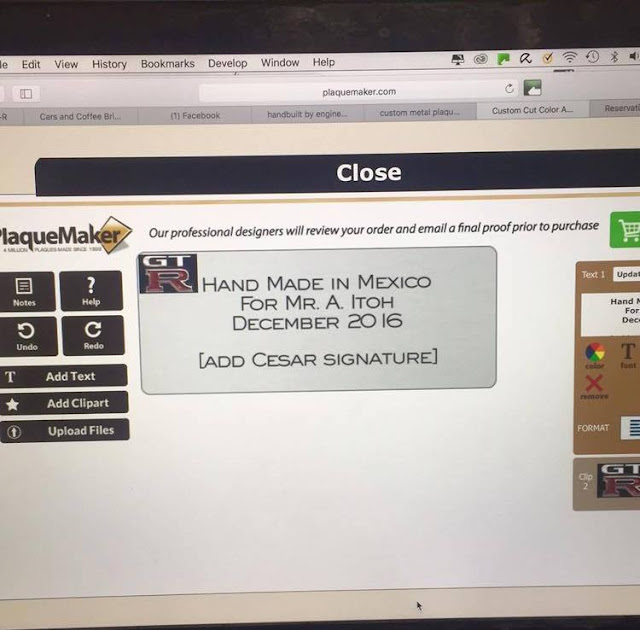 The finished result was a bit different, but as Cesar demonstrates below, it looks pretty good and the size was just right.
So Cesar was now finished, and was getting things wrapped up and ready to be sent out when the following finally arrived at his place:
So what's next? Stay tuned...
Posted by Aki at 6:35 PM

Always a pleasure to see your attention to detail :).

Concerning the last picture, I suppose that chocolate is not the only product that Belgium can offer :p

Belgium has wonderful craftsmanship! And no Cesar is not Chinese...

Is there anyway to start a correspondence with you? I absolutely love everything about your car and have a few questions I would love to ask. I promise I won't email you constantly just want a couple of key questions I want to ask. So glad you post everything in detail the work to your car is absolutely immaculate. My email is bradfin86@yahoo.com or Facebook is Brad Finley I'm from Birmingham Alabama. I would greatly appreciate any info your willing to provide. Keep up the amazing work.

I will collect the car sometime at the start of next year, and cannot wait I have been drawing great inspiration from your blog and I am looking forward to beginning my journey with it, the car is standard apart from an HKS super turbo exhaust system, what would you recommend as a good starting point to improve the car it will be mostly street driven, suspension i feel is a good first area to look at.