Ok so we are back after that short interlude of GT-R goodness.
Picking up from where we left off, after Cesar had "practiced" by wrapping, in leather, various interior parts, he decided it was time to tackle the biggest part of all - the main dashboard panel itself.

As he described it, he began with some "good templates" which he had earlier created out of vinyl cut to size and taped over the dash itself. 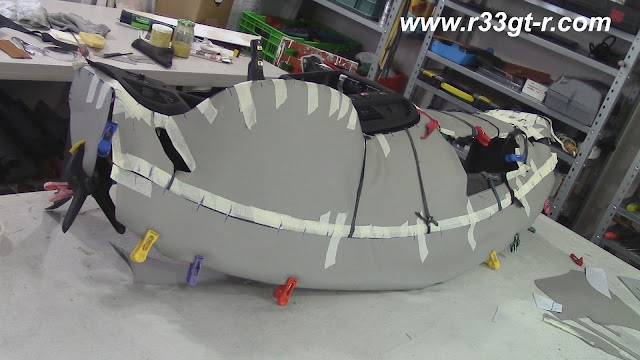 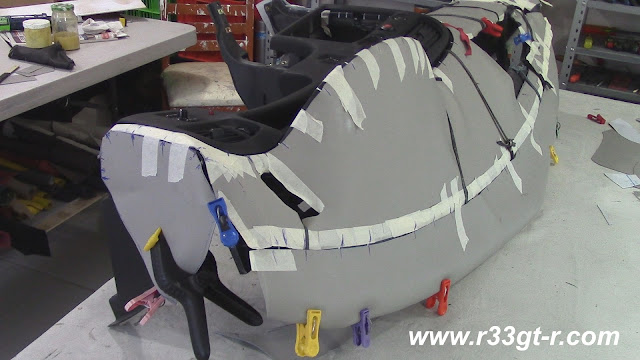 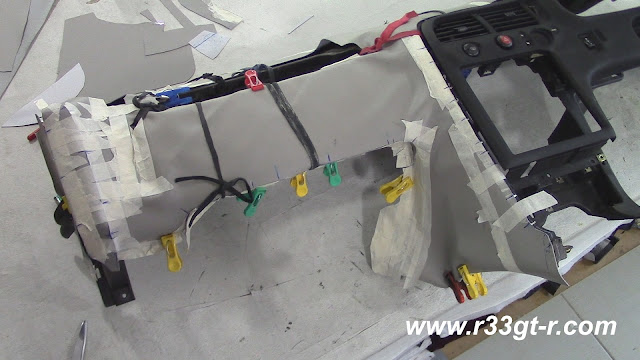 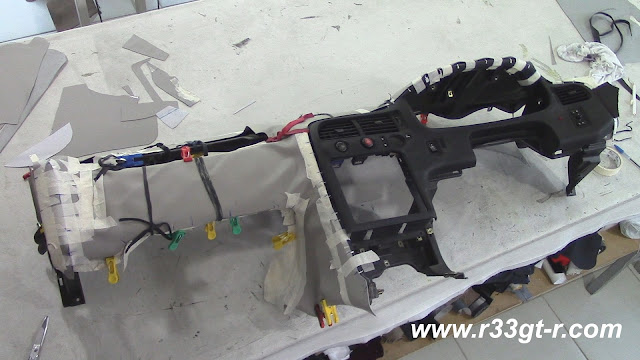 He then followed up by placing these templates over the leather hide. The problem, as he pointed out, was in trying to avoid areas with imperfections in the leather given the large surface area of these pieces. 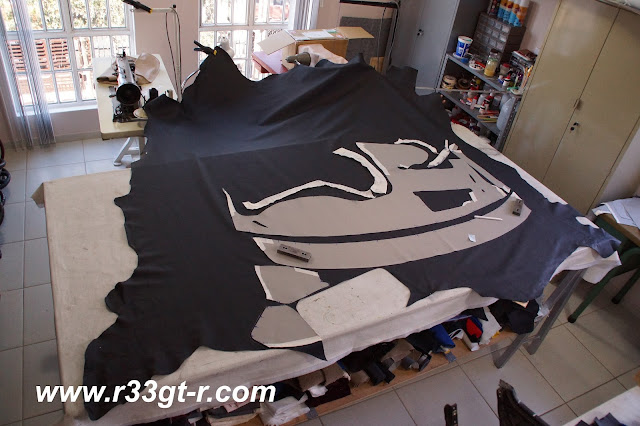 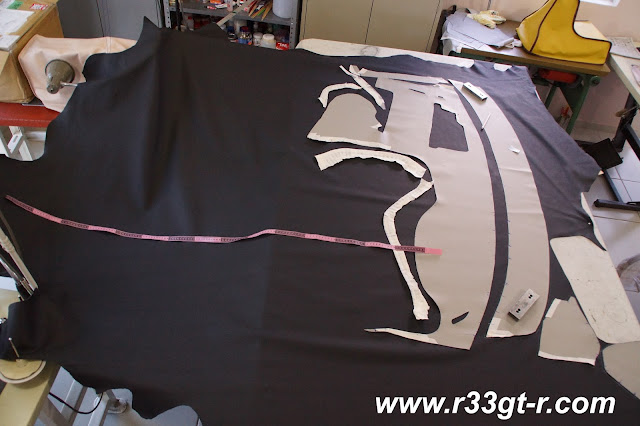 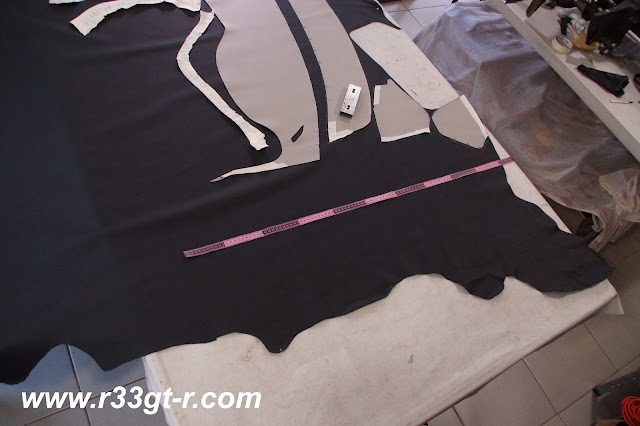 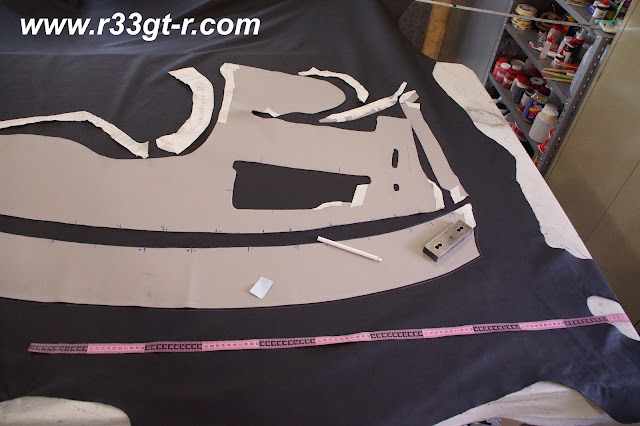 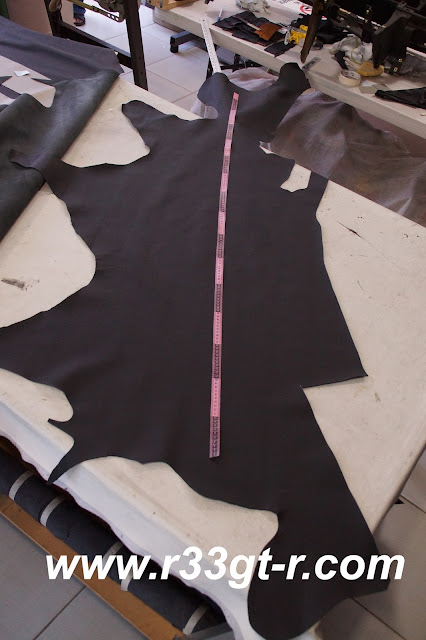 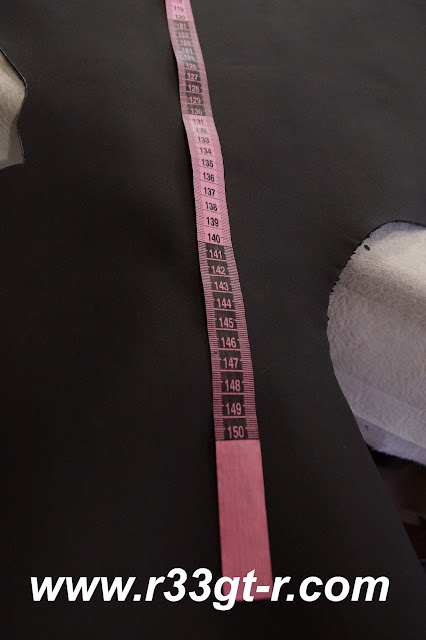 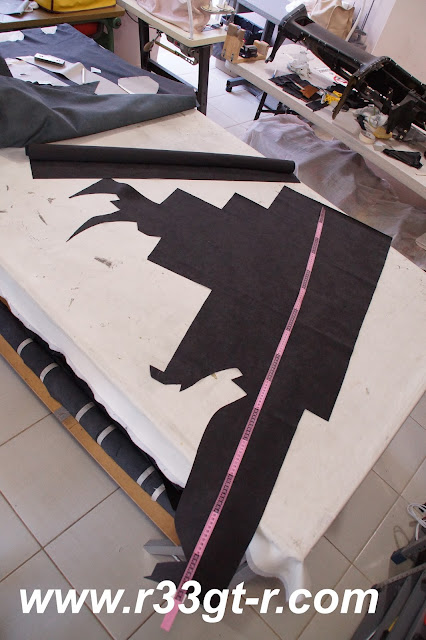 It was about this time that I started to think about carbon parts again, and for a short time was tempted to have the air vents converted to carbon - BUT, I realized it was probably overkill and not OEM looking so I decided to hold off.

Meanwhile, however, Cesar was asking me what to do with the leftover Alcantara - my suggestion was to use it to line the side door pockets. Speaking of which, this was (late September 2016) when I realized I was going to have to send in the doors panels from my own car, which as we all know I did.

Additionally however, I realized that, if I was going to send in the door panels myself, I would be able to see if my idea of door courtesy lamps would work. I could order some and see which ones would look the best against the door.

Finally, since there was some extra space in the boxes containing the door panels, and as Cesar was kind enough to offer to duplicate the gear shift boot in matching leather, I decided to send in the current boot.

So now everything was sent out, so all I had to I had to sit back, relax, and think about the final details...
Posted by Aki at 8:45 PM