So here are the other photos that Cesar sent me to show me how he used up one of the Cardinal leather hides, the other being used basically for the main dashboard piece.

In my last post, I showed you all photos concerning the center console. A very nice piece of work I think, with tasteful application of Alcantara inside the console.

You may recall however that the Alcantara was originally for the gauge surround and the glove box interior. So, here are those photos.

First, the gauge surround:
And here is the glovebox. You may remember a bunch of paper templates: 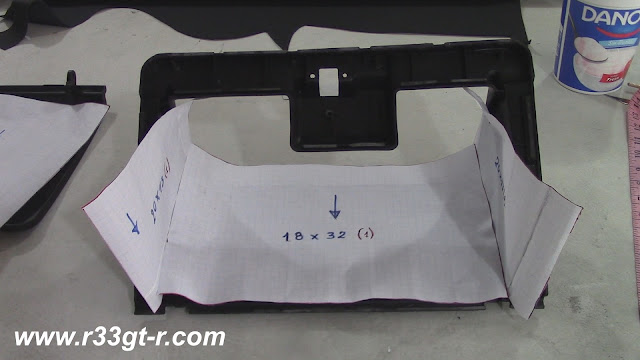 Which gets transformed into THIS:


Cesar even fixed the rough hole I had drilled into the rear of the glovebox and made it look OEM. I drilled the hole in order to pass a few wiring harnesses through - namely the boost controller and the ETC card reader (which I relocated).

Finally, as I mentioned earlier, there were several other pieces that Cesar had covered in leather.

And of course we can't forgot the glovebox door, as I had shown the work being done it earlier:


Finally, and without me asking for it, Cesar had gone ahead and used the leather to make a boot for the parking brake lever. 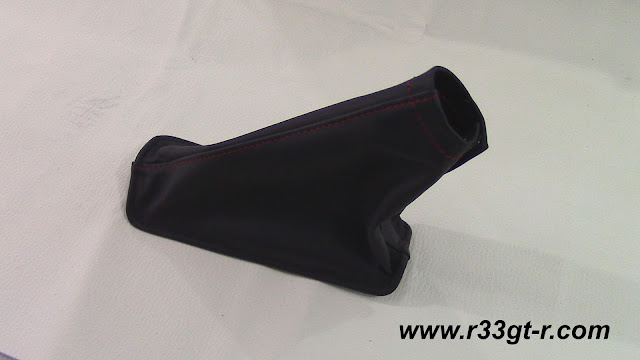 I know, some people are incredulous that I rejected this last piece. However, I have seen this done before in other 3rd party parking/shift boots and never really liked the way it looked. For some reason, it looked cheap. So, I decided we would stick with black stitching, just like OEM.  In fact, Cesar was gracious enough to say this was a "rough mockup" and pretended it was not a hassle for him. What a true gentleman!!

In any case, with these smaller pieces done, it was now time to take the dashboard...
Posted by Aki at 12:16 AM

oh my god that is beautiful.
more updates please!

how much is this bloody costing you?!?!

Been following you for a while. Gotta say this looks amazing.
Also wanted to just reassure you that the snaps on the handbrake gaiter are OEM.

Fuzzy, thanks also on the handbrake gaiter snaps thing. I guess I just forgot...