In my previous post I mentioned that Cesar had a surprise for me.

Cesar sent me photos of some small pieces he decided he wanted to practice on.  Practice that is, using the leather, as well as some new glue he got?

He also found red thread that he thought matched the red accents in the car.  An FYI, this was about August 17 of last year, so as of this writing almost a year ago...

Anyway, I'll let the photos do the talking.
First up is the right side kick panel (next to the driver's right foot):

One of the other pieces was something that TMS (The Moff Shop) hadn't sent along with the rest of the dashboard, the side panel to the transmission tunnel.

Another piece was the left kick panel, where the mandatory road flare is mounted.
The flare is usually mounted like this:
He also did the steering wheel column cover:
Finally he sent me some photos of the red polyester string he plans to use for the stitching. As I had sent him the rear seat panels, I asked him to match the color to the red in the cloth inserts.
Meanwhile, I had located the perfect rear vent to install in the center console's rear ashtray space:
Looks like it won't fit, right? What with that metal plate and overhead plate as well: 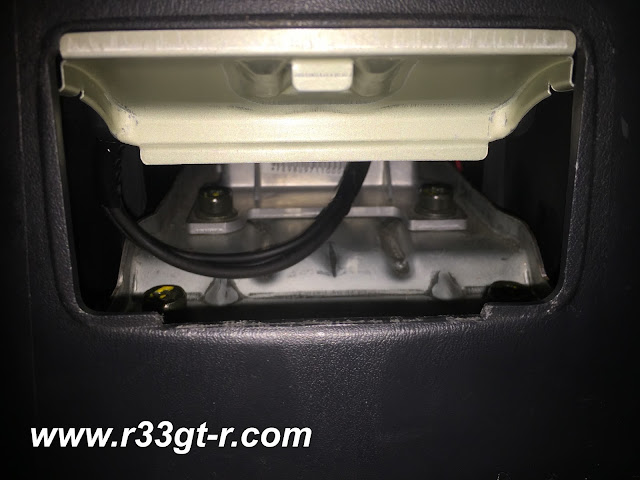 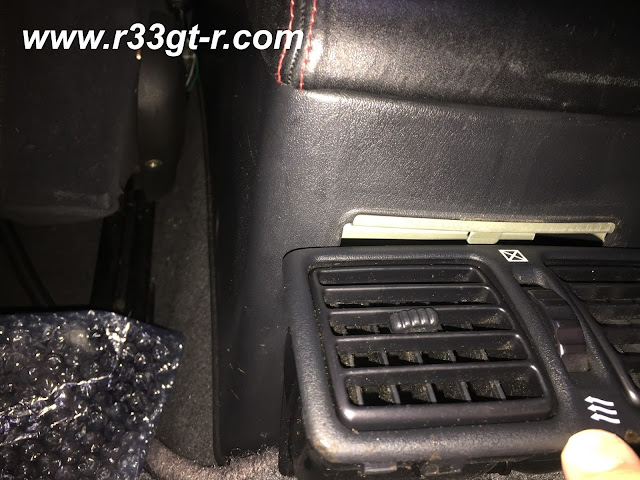 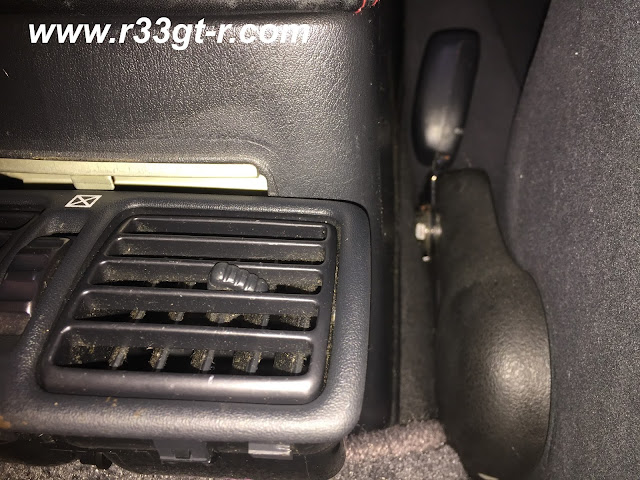 So I measured the space for clearance, and then the inner height of the vents. Looks possible. The vents are narrower than the width of the console, so that is not a problem. However, given the downward curve of the inner portion of the vents, looks like it can only be mounted one way...

I sent the vent to Cesar anyway. I figured that, worst case if it cannot be made to fit, we could just throw it out and not use it...

Meanwhile I got a notice that the alcantara I had ordered had finally shipped and was on its way to Cesar...
Posted by Aki at 11:21 PM