Skyline Festival, Mine's, Nismo and Nissan in One Day! (Part 1)

So let’s take a break from the technical stuff.  This post and the next will be light on words, heavy on pictures...

Recently when my friend Kunal Arneja, (a Skyline R33 GT-R owner himself, and co-owner of the Cars Over Everything Facebook page or "COE" as I refer to it) visited Japan from Canada, my schedule just happened to be free his second day in Japan. Naturally, we decided to make it a Nissan Skyline kind of day!

First, I picked up Kunal and my friend Thomas at a Yokohama hotel.  From there we set off under Tokyo Bay using the Aqua-Line to get to Sodegaura Forest Raceway, where they were having the annual Nissan Skyline Festival.  It was my first time going, so I didn’t know what to expect. 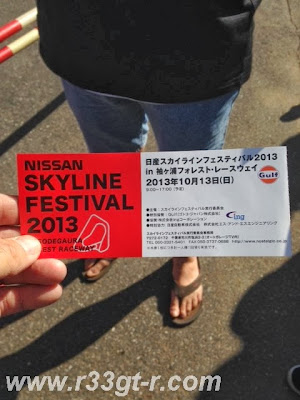 When we arrived, I was directed to a huge gravel and dirt parking lot. I thought I bottomed the car out on the bumpy dirt trail leading to it, but luckily no damage at all. The parking lot though, was amazing, with Skylines from all generations, shapes and sizes. As well as other more normal vehicles.
This should have been a warning to us... overdone 33s? But we then started seeing some nice ones:
Obviously some other nice 33s in the lot too, such as:

A short walk then took us to the asphalted area near the pits, where we spotted some more interesting cars: 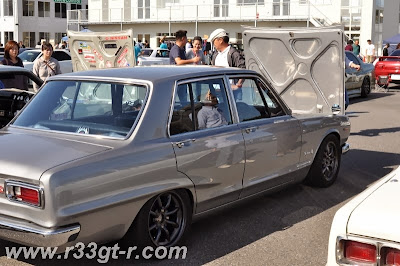 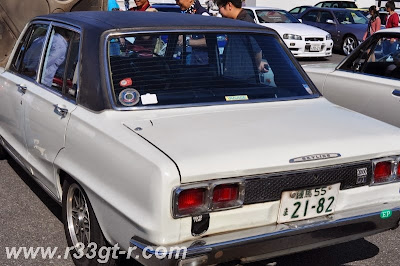 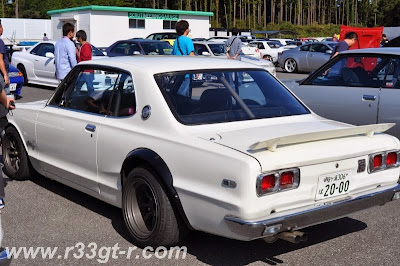 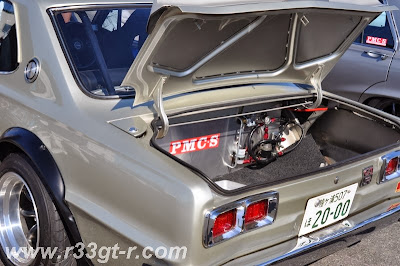 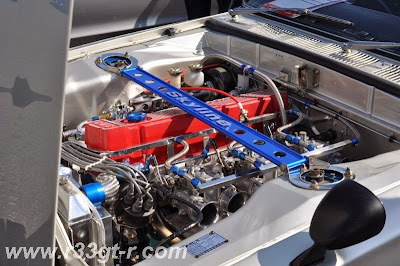 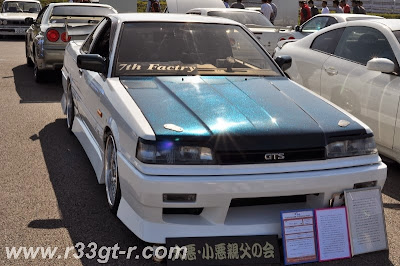 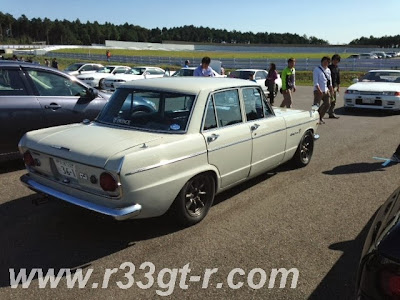 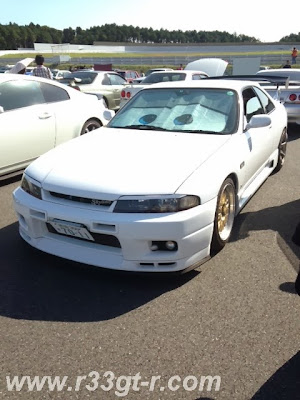 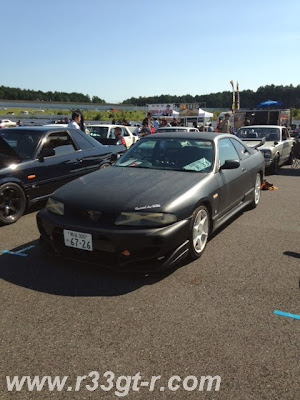 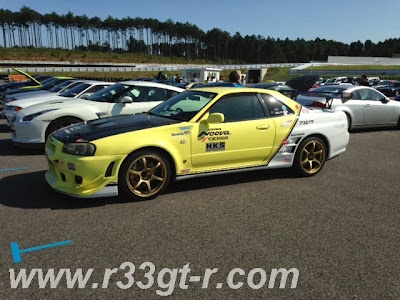 And then we spotted two very interesting and memorable (in a bad way?) cars:

We then heard the announcement, they were going to let a few cars drive on the racetrack, so we went to take a look:

But already a couple of hours had passed, and so we made an impromptu decision - rather than stay at Sodegaura for the rest of the day, why not let my car stretch its legs some more and visit some other places? And so we left for Mine's, which is probably the least accessible by public transportation of all the Kanto area tuners...

Photos and write up in Part 2!

Loving some of the ghastly additions such as the LED end caps and super diamond effect lock. I guess the lesson here is to know when to stop!

I think "STOP" is the operative word here.... lol

I know this post is like really old, but apparently the taillights on the red R34 is the same unit from the R390 and could be purchased from Nissan Prince Hamamatsu

Thanks Skid 34! Another bit of trivia - very interesting!!!