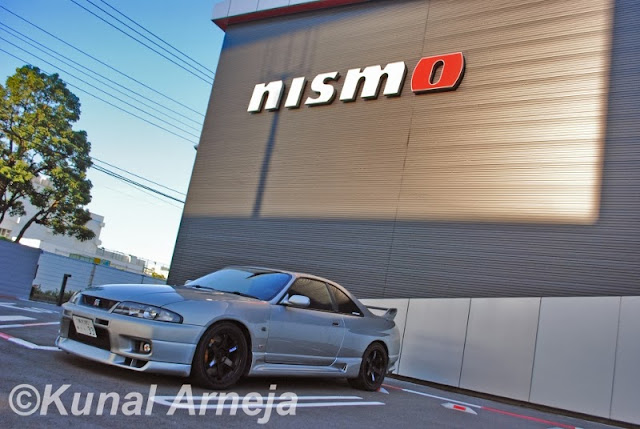 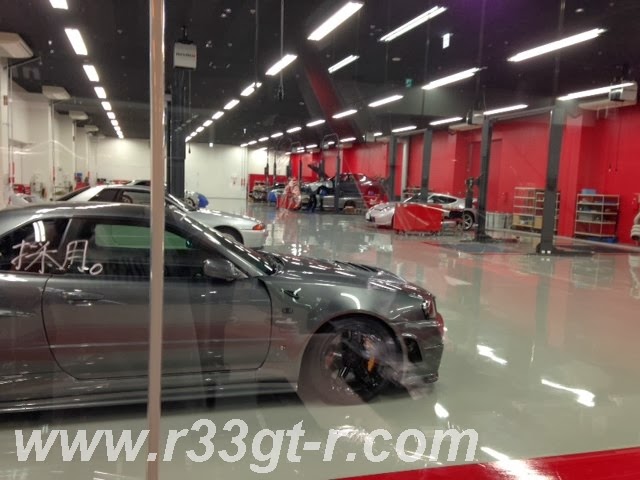 Of course there was the gift/parts/accessories store selling all sorts of interesting goodies:
But I really enjoyed the nice touches on stuff like:
As we were leaving, we took one more photo outside... I didn't want to do this but the guys insisted, so:
It was getting late, so then we headed over to nearby Nissan Global HQ in Yokohama to check out what cars were on display as well as do some more shopping at the Nissan Gallery Boutique store.
And check out what we found on the Nissan Gallery floor:
We then headed to a nearby restaurant to discuss all things cars while eating all sorts of Japanese food, a good way to finish a LONG, but good day! Thanks to Kunal for understanding my obsession to keep my car clean and parked securely (and for patiently tagging along with me lol), as well as for letting me share some of COE's pictures on this blog!
Posted by Aki at 1:33 AM

Hi I'm Jerome and I live in okinawa. I will be moving up to kanagawa in the next couple of months. I drive a 34 GTR.
If it's cool, I'd like to email or Facebook. Since I have a ton of questions regarding track days what do I need to do to get in etc.
my email is r34jeromegtr@i.softbank.jp
And I just liked the 33 R group on Facebook
Jerome.espiritu

Let us know when you get up to Kanto. Track days - well you can join a club that does them, or you can do it yourself (e.g. you can get a license at Fuji Speedway and go when you can...)

Thanks for liking the R33 page! lol