Truth be told, this I had done by Ninomiya-san way back after I first got these pieces, right about the time Igot my personalized number plate.

But obviously, I have been too busy to work on this diffuser project since then.


The front of the diffuser attaches to the left most double hole bracket by way of two metal brackets (like the one on the left in the photo below).  The holes in the middle, take a single bolt, the corresponding hole which is in the diffuser itself. 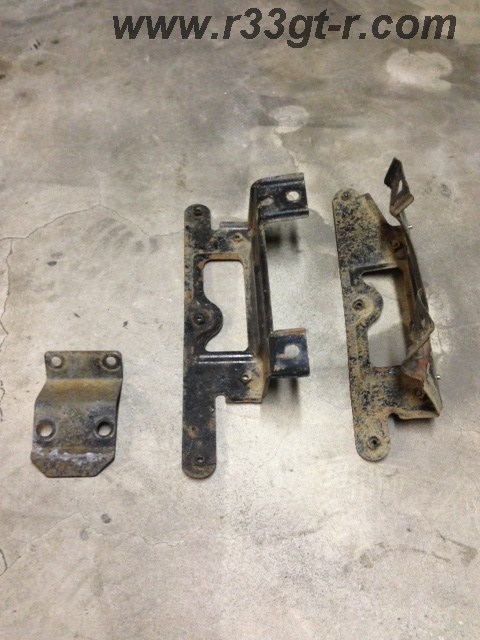 Or, get tucked in underneath, like this, with cutouts in the rear bumper or spats to allow bolt access.

Then, there is the rear center bracket. It normally looks like this.

While the RB kit DID come with a replacement piece in stainless, unfortunately its dimensions were off:

Finally, there was the question of re-installing the fins. As seen in my previous post, the stock ones were essentially destroyed, and so of course I sought improvement. I looked at the Nismo ones made of carbon fiber, but not only are they made to order and cost 42,000 yen for the set, their tallness compared to stock is an invitation to getting damaged or snapping off in a parking maneuver. So I settled on these carbon ones from Wisteria Sports, in the same dimensions as the stock ones and for half the price of the Nismo.

So the fact that I did not want to arbitrarily/sloppily drill holes in my car for the rear center bracket, which was off to begin with, as well as coming up with a solution for the side brackets, meant that I would be taking my car to BeAmbitious for the final fitting.

And because of that, I chose not to install the carbon fins myself, but to have Ninomiya-san do it when the car was at his shop.

Stay tuned as I next show you how I got the diffuser to his shop!