Since this is a blog about Skyline R33 GT-Rs, to be honest there really wasn't much if anything I saw yesterday at the Tokyo Auto Salon 2012 that has to do with the R33. Actually come to think of it, I only saw 1 R32 (Garage Yahata) and the only R34 I saw was a sedan (apparently I wasn't really paying attention...). No R33 sadly. It appears the major tuners are focused on the R35, with HKS and their 4.1L R35 for example. Bodykits from BenSopra with the engine hood opening up clamshell style from the front, wide body kits, etc. And obviously everyone was excited about the new FT-86.

For a good overview and pictures of cars, check out Dino's write up at Speedhunters:
http://speedhunters.com/archive/2012/01/14/gallery-gt-gt-tas-2012-day-1.aspx 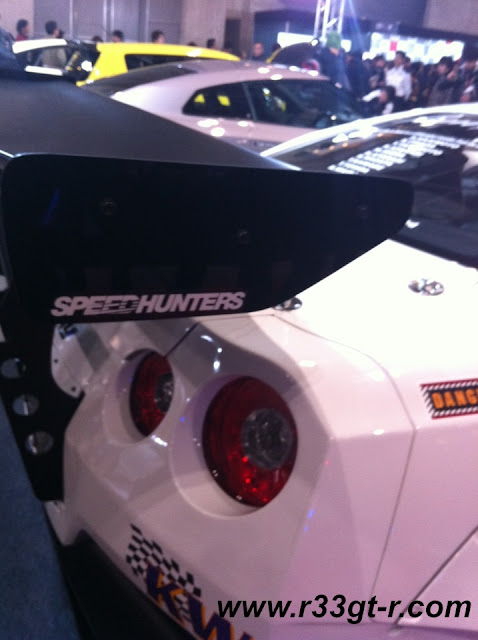 So why did I bother going, if this was the reality? Well, on one hand the gang from the UK/EU GTROC club is here visiting for a week, and as their official Japan representative, it wouldn't be the same if I wasn't there to help them enjoy their day.
http://www.gtr.co.uk/forum/138263-japan-2012-a-28.html#post1562459
http://www.gtroc.org/guest-writers-blog/tokyo-tour-2012-day-2

But also, it was a chance to catch up with a few friends and finally put a face to other friends and names (I had never before met Luke Huxham of Maiham Media before...).

I also saw Drift King Tsuchiya-san at the Mugen stand giving a talk show, Hoshino-san of Impul signing autographs, and later, I had the distinct honor of being introduced to Hasegawa-san of HKS (He's the "H" and the CEO)!

I did find some Skyline related stuff at the little bookstore though. Check this out - a whole book dedicated to the R31! 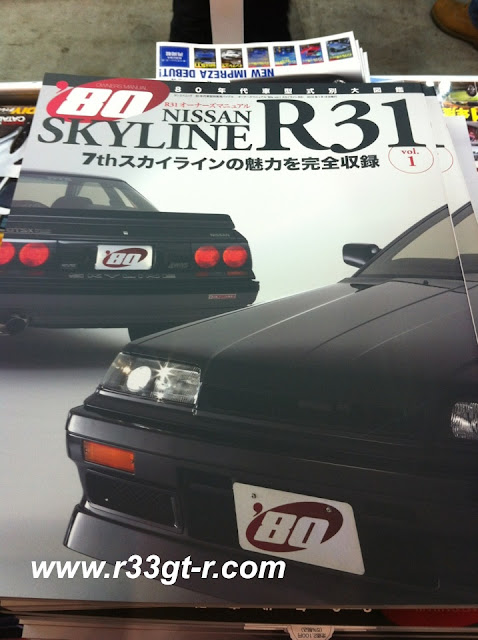 And in the R32 dedicated book - can anyone guess who this guy with the mullet is (hint: Tomei)? 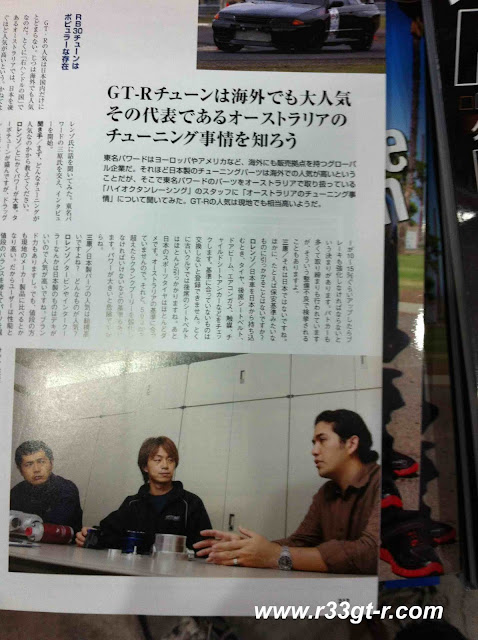 Yes, I just couldn't get THAT excited about the newer cars there and how they were tuned...so what I decided to focus on was to hunt for stuff I could apply to my car. Judging from these crowds, LED lighting for cars is the next big thing for DIY tuning. 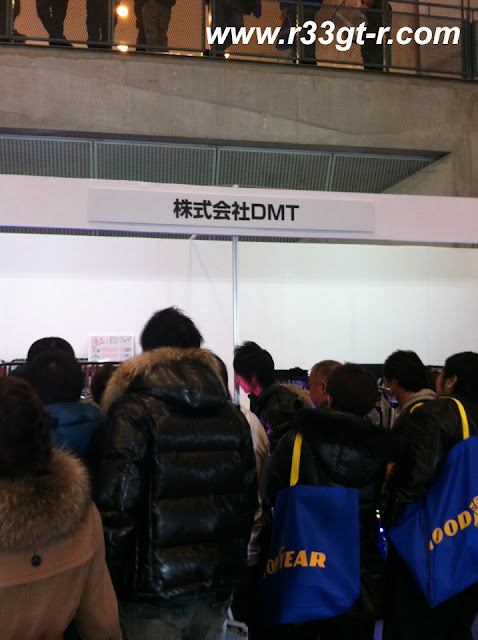 I also saw some new wheels from Rays that would be compatible with my rotors, as well as samples from companies for aftermarket rotors....the more selection, the better!

But it was also a chance to make contact with Obayashi Factory who are considered the best aftermarket interior "tuners" in Japan. I spoke at length about having the interior of my car redone in leather, for example, as well as some other ideas I have... Regardless it looks like a trip there to get estimates will be necessary in the near future!

But I DO promise my car will not end up looking like this Hummer: 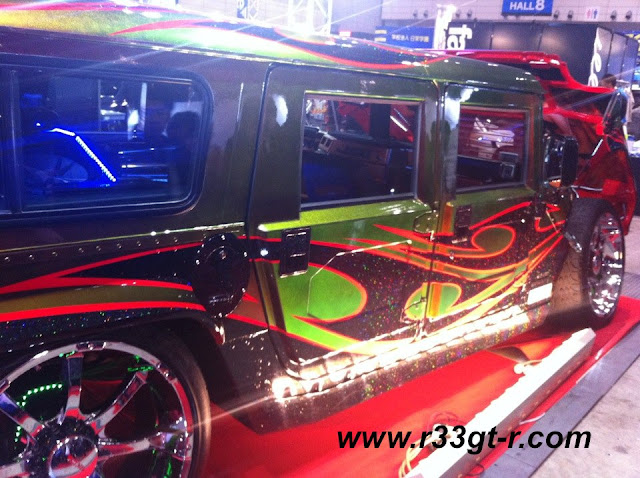 I've been reading back through a lot of your posts and I have learnt a lot, one day I would love to have my car near the standard of yours.

You show so much care and pride in your car and I hope to care for mine and do it the same justice. Thank you for inspiring me to do so.

Thanks for the kind words! And welcome to Series 3 GT-R ownership! Would be nice to see some photos or learn more about your car, where you are, etc. IF you feel inclined, more than happy to post up a photo of your car and a write up as a guest post! Let me know