Ok so due to some questions and requests that came my way, here are some additional photos and background that hopefully sheds some light as to this whole Titanium Exhaust project.

As Dino mentioned in his best Speedhunters post to date (showing both our cars)
http://speedhunters.com/archive/2011/11/21/car-life-gt-gt-creating-a-tomei-prototype.aspx
the project began last year when our friend Allen at Tomei proposed that (and I write this with as much modesty as I can muster) two world-famous Skyline GT-Rs (R33 and R34) be used to develop, and then showcase, their new exhaust line.

And that’s what my car was doing at Tomei earlier this year, when I posted this http://www.r33gt-r.com/2011/03/at-tomei-powered-again.html

As you can see, they had my car covered in blue clear wrap, because Allen apparently told everyone at Tomei how OCD (stress on OBSESSIVE) I was on keeping my car clean.

Here is a front shot 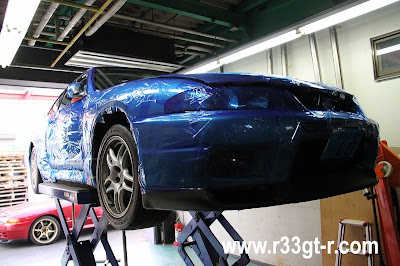 And here is a shot from the back, showing no exhaust pipe… I suppose this is when they were taking the initial measurements. 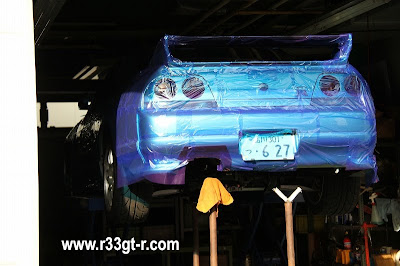 Allen also showed me some component parts of their exhausts – here is the vented inner silencer, along with some fiberglass like strands, I believe both are used in the muffler portion. 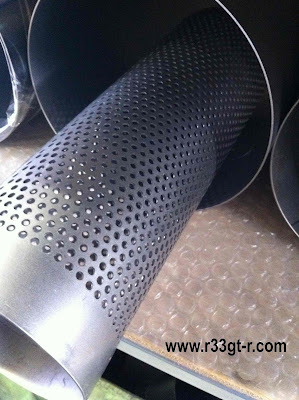 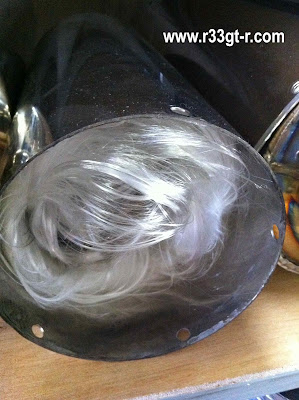 Fast forward an earthquake and nuclear disaster and a few months later, and again our cars were called to action – this time for final fitting of the prototypes. Oh, and some photography…

This time when I dropped the car off, I noticed that they had already borrowed a stock R33 exhaust from another tuner: 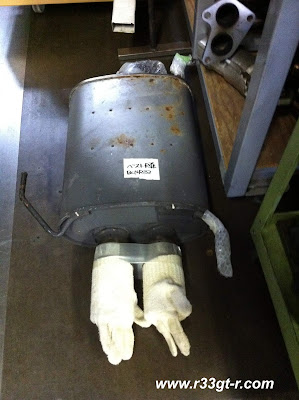 and then during the week Dino sent the following photos, taken presumably during the photoshoot.

Here is my car, you can see obviously the blue protective sheet. 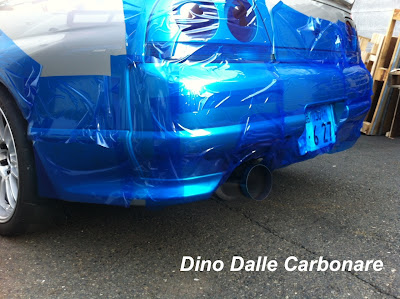 And a shot of my car outside while Dino's is on the lift. 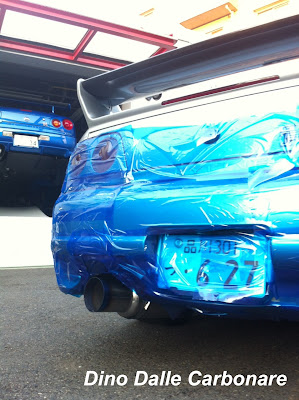 Once it got dark, they started taking photos. Here is a close up of the underside of my car. 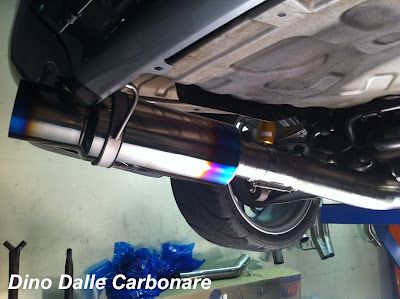 And here is how they set up the lighting for the rear 3/4 view shot. 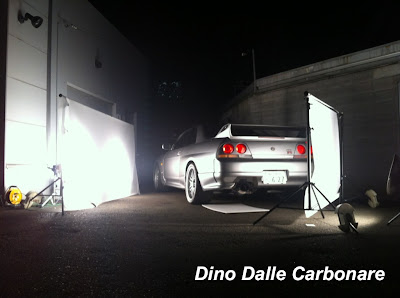 And here of course once again are the final shots - just beautiful! 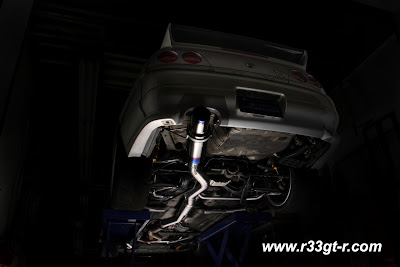 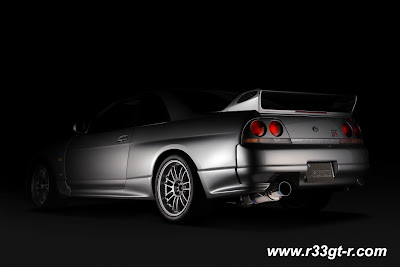 Finally - for those of you curious about pricing - we've been telling everyone it's VERY competitive - check back again around Nov 30 when I will be allowed to release the GT-R Magazine print advertisement which contains pricing information, as well as one additional photo no one has seen yet.
Posted by Aki at 11:57 PM

That exhaust looks amazing. keep up that good work!