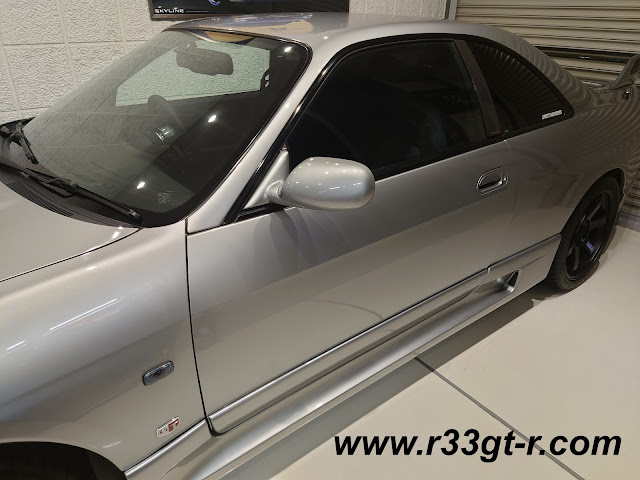 So during my Marine Day interior upgrades, I realized as I was finishing up that something was not working. 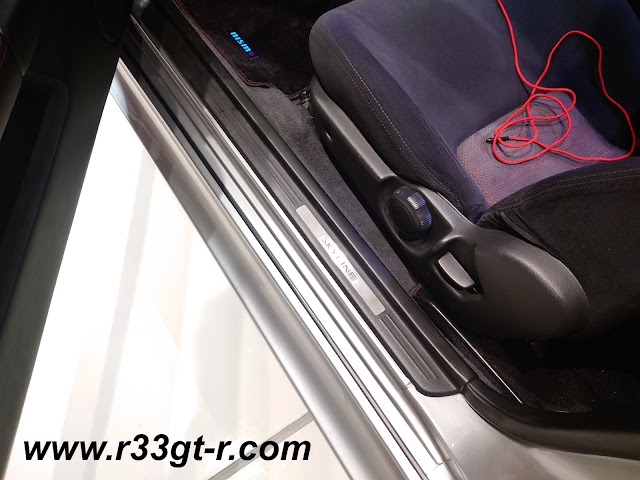 The left side red LED scuff plate I got many years ago from G-Corporation was no longer lighting up!  So of course I was hoping for a loose wire somewhere... 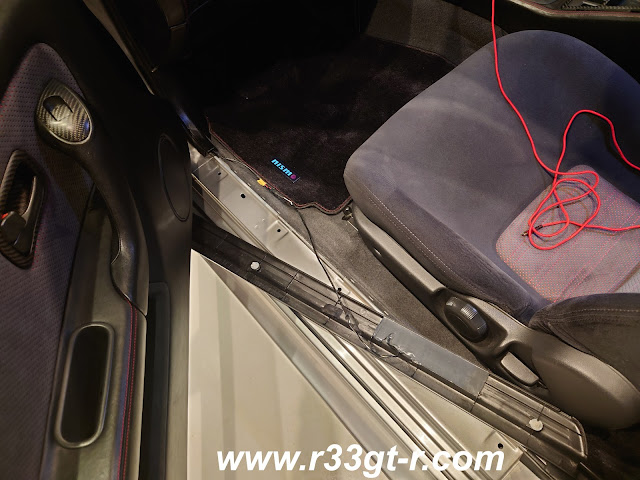 As you can see in the photo, I dug into the rubber sealant portion to see if I could figure out what was broken. No luck. Nothing loose or broken that I could find. This meant I would have to contact G- Corporation, and see if they were willing to do a repair.

The day after I contacted them, they immediately responded and told me they could do so - all I had to do was to send the broken part in, they would give me an estimate, and if I agreed to the repair cost, they would quickly fix it and send it back once I wired them the money.

That seems like a normal response, but I sometimes forget that such customer service, while normal in Japan may not be elsewhere.  So I decided to wait right before my recent trip to Okinawa, whereupon I removed the door scuff plate and then got it wrapped up the best I could. 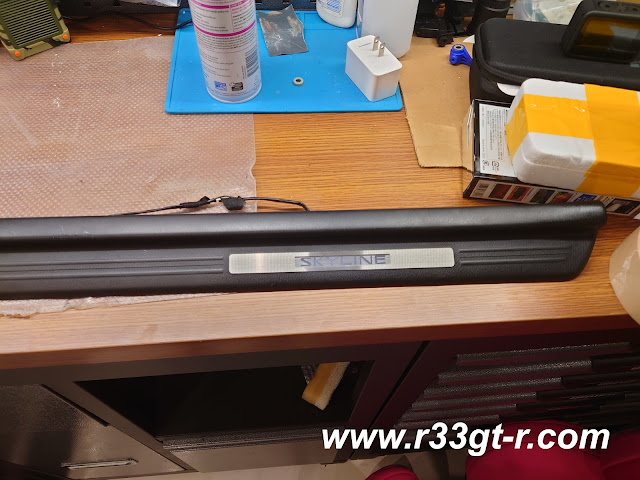 Lots of paper and tape - and I had some plastic wrap in there too, to prevent scratches on the visible surface: 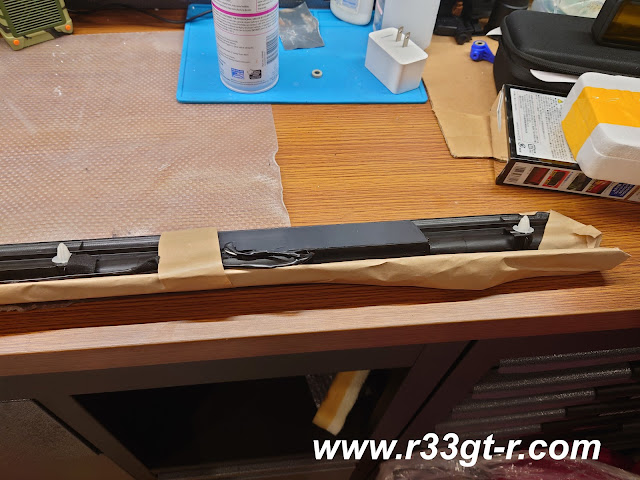 I got it all wrapped up as such. Forgot to take photos, but then I found a large longish box into which it fit. I then went to the local 7-11 convenience store - in Japan most if not all "combinis" serve as a pick-up point for at least one of the courier companies - nice as I don't have to worry about visiting during banker hours like the post office! 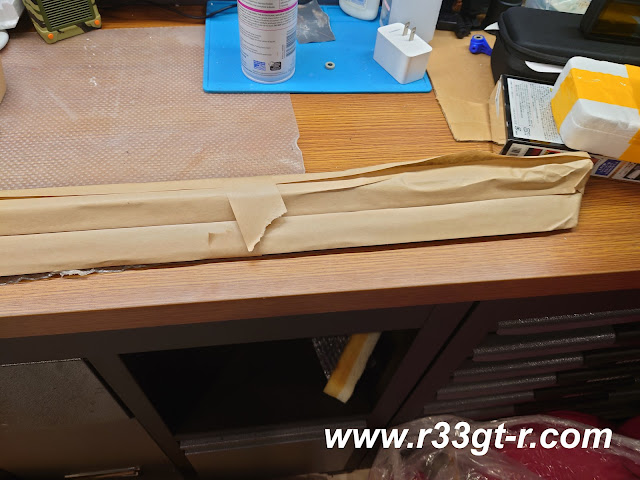 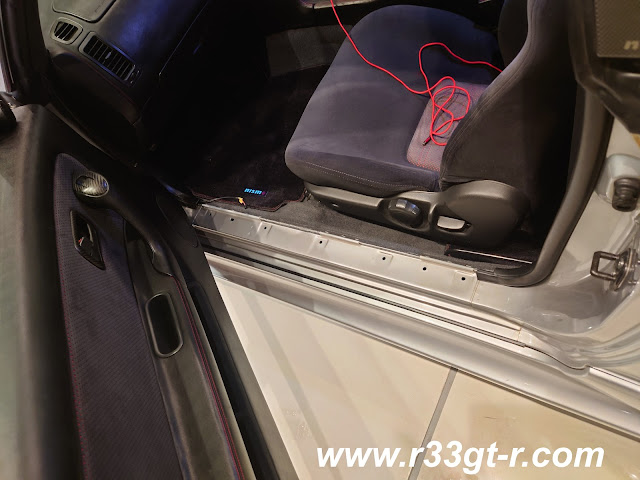 Hopefully, the turnaround would be quick so no one would have ride in my car like this. And indeed it was - I was gone for 2 weeks but with work, the beach, a car show (maybe a future post?) and meeting up with Murray keeping me preoccupied, when I flew home I found this waiting for me. 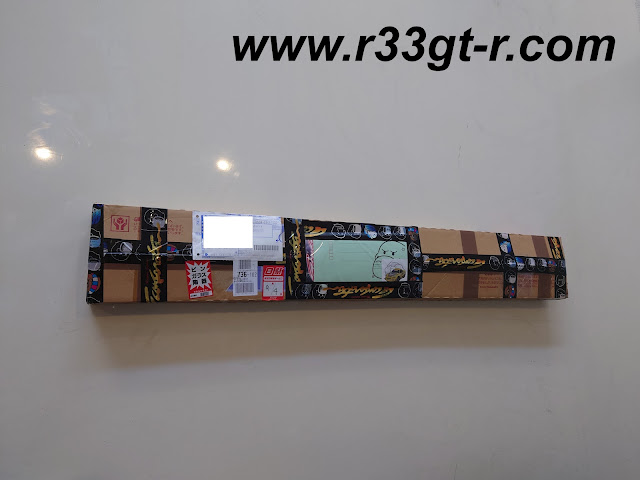 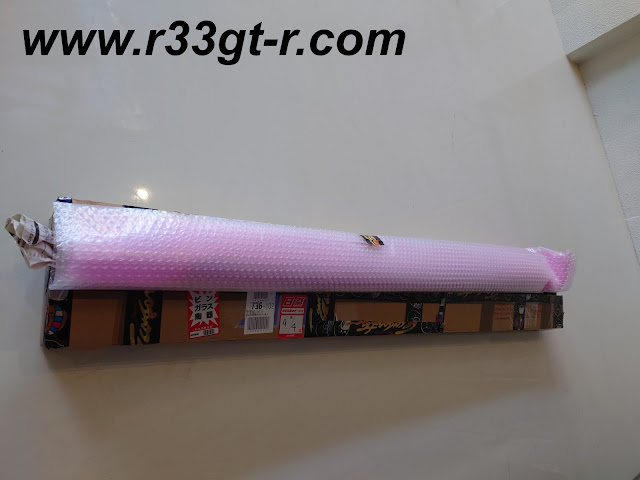 Looks brand new, which is awesome. 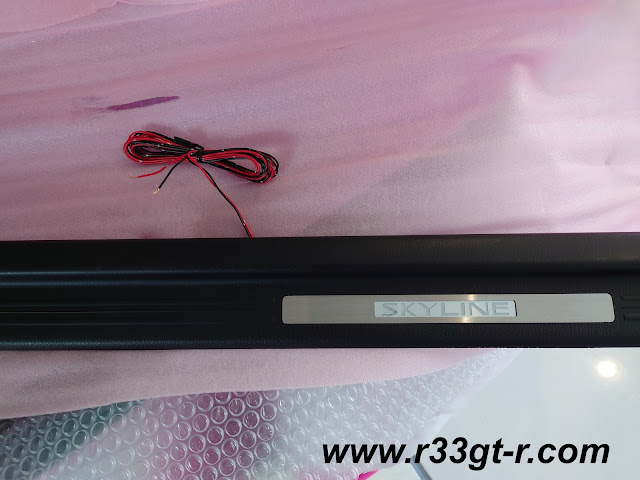 Now of course the chance of receiving something that was NOT properly fixed is close to nil, but old American habits die hard, I guess.
But, not all was perfect! You see, on the body side there was this connector... and what I had sent to G-Corporation had the matching female side. What they sent me was new and they had not included the old female connector. What to do? 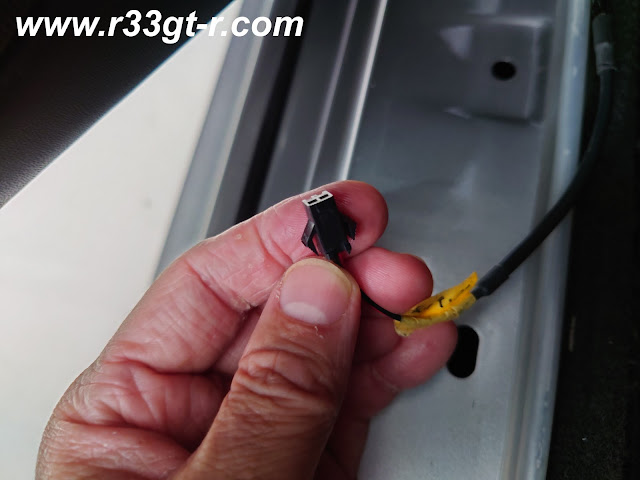 I COULD splice it all in... but there is a certain elegance about being able to disconnect electrical parts... having to cut wires again if I ever had to remove the scuff plate again seems so barbarian.

Thus the hunt was on for a solution.  I finally went to Amazon and found an electrical coupler kit, prepared to cut off the existing male connector and graft on two new matching connectors. 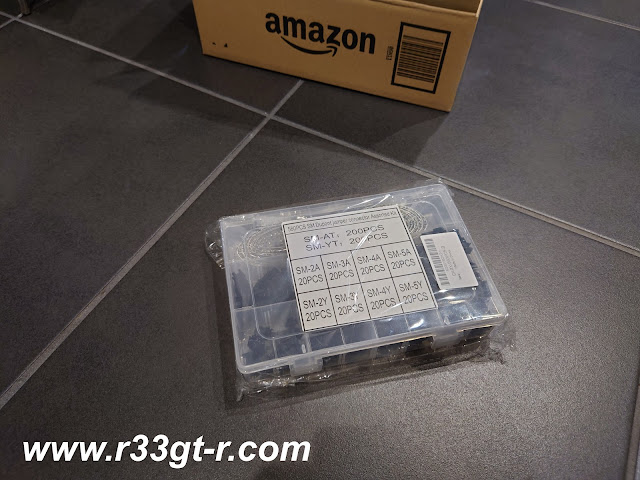 Lucky for me, it turns out that the SM-2A coupler matched the existing coupler! 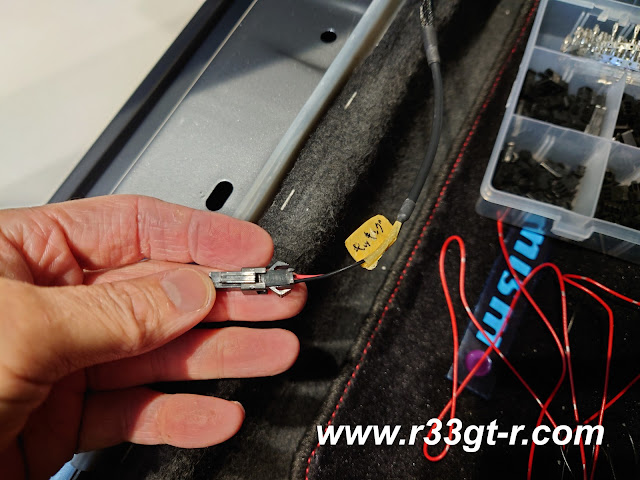 This meant I only had to work on one side.  Trying to be neat, I cut off the excess wiring that came with the rebuilt scuff plate, to a manageable length. 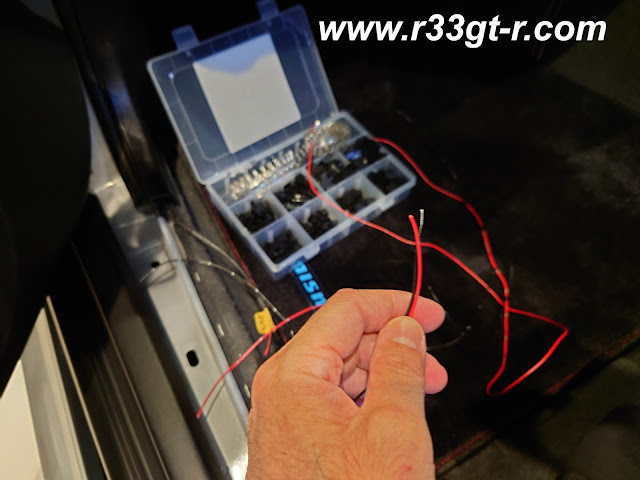 Success! (although those tiny metal pins I had to connect to the wires... my aging eyes!) 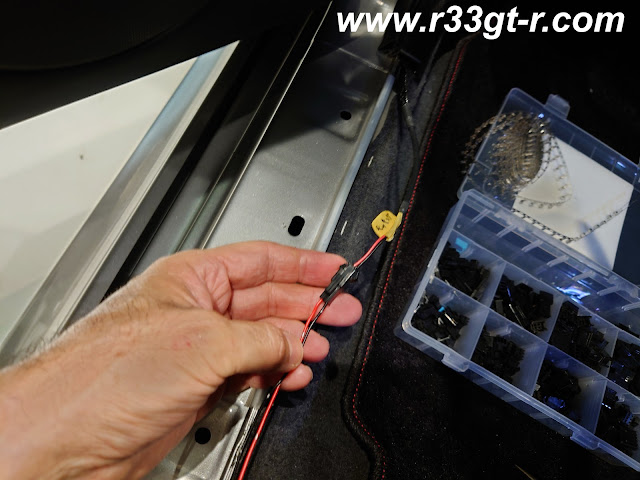 And yes it works! So now one less thing to worry about. 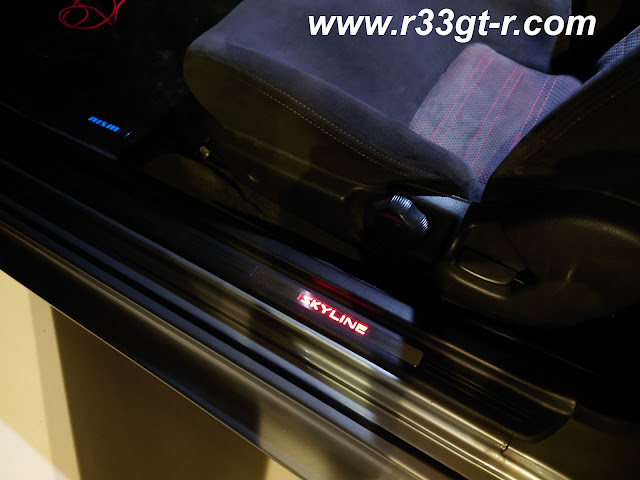 Now, I am ready for a photo shoot, or taking a passenger for a ride. Will that be happening? Stay tuned... and thanks to G-Corporation for the quick turnaround!!!