So a quick update everyone.

Today, took a quick drive to Mine's with Dino who was scheduled to do a photo shoot there for a very special engine build - which I might talk about more at some point.

But following up on my last post about my car being the world's first with R35 size carbon ceramic brakes, one of the comments I had heard (from Ochiai-san at Nismo) was that a slight brake judder could be detected.  Curious, because it hadn't really bothered me before, I had Dino do the driving down.

On my drive home from Nismo last time, for some reason I felt like whatever Ochiai-san had done to try to reduce the judder, had somehow made the brakes a bit mushy in initial application. But, I was very wrong, as Dino showed me several times on the way down.  He reported initial bite to be fantastic, and enjoyed himself by slamming on the brakes and watching my head flail forward several times. What a jerk lol. But he also reported some judder as well.

Once at Mine's he was bothered enough by the judder that he was wondering if it might be an alignment problem, or even the discs being different weights.

So of course, I had Nakayama-san test drive the car to see what he thought. My guess is Nakayama-san has more seat time in second gen GT-Rs than Dino does so...

And of course, when the car left, somehow my Sony Xperia 1 mark iii took this photo, which I loved enough to change the header photo of this blog! 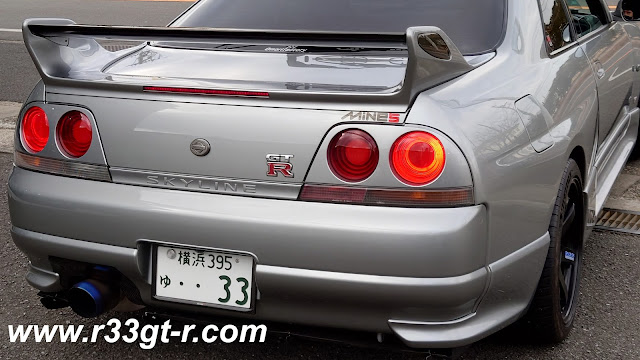 I guess I got lucky as I played with the zoom because with the fixed lens it looked like this: 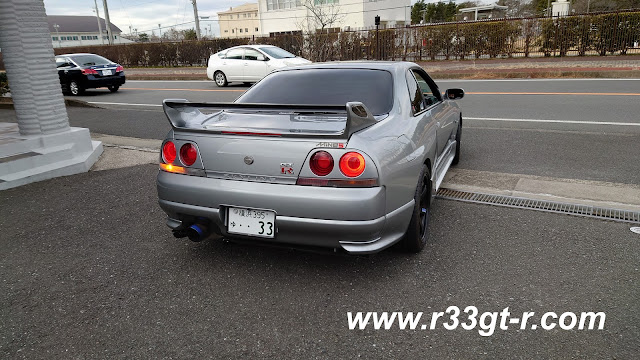 Anyway, he was back in about 10 minutes. 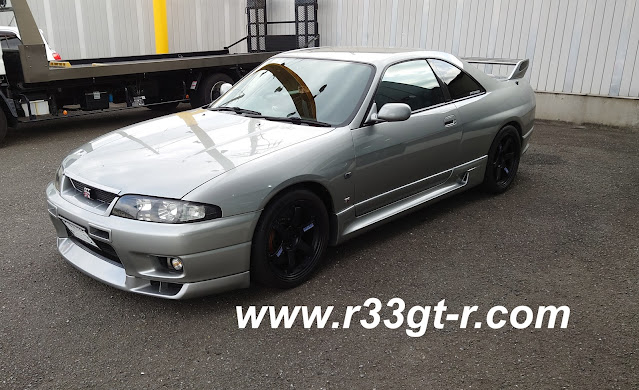 And reported that first, yes there was some judder but it was not a big problem.  It is not an alignment problem, nor a brake rotor weight issue.  Simply, the Pagid RSC1 pads (which Lamborghini and Ferrari use in their cars with carbon ceramic brakes) in use are super grippy, which is resulting in the awesome initial bite. But because of the drilled rotors, Nakayama-san thinks that the holes (which are likely unnecessary in the first place) might be causing the pads to wear a bit unevenly given the high friction of the pads, hence the judder.  But, he mentioned that compared to their demo car, or other race spec vehicles, this level of judder was mild. So if I want to reduce the judder he recommended I go with a softer brake pad.

I think since it doesn't bother me (and when I drove back I didn't even notice again) I think I will keep these Pagids.  The actual initial bite is fantastic, and I prefer having that as these brakes are supposed to be high performance.

What do you guys think?

BTW, while there we looked at the engine bay and made some plans on some future upgrades.  I can't wait!

Watched your live broadcast on Instagram during the drive to Mine's. That was pretty awesome. If you don't notice any brake judder when you drive, then I suppose you can keep everything as is. Perhaps you can give it more seat time to get used to the feel of these brakes and then decide whether you need anything changed. Maybe the new parts just need a bit of time to settle and "merge" with the car as one. (Yes, I treat GT-Rs as living things! lol)

Totally agree, Matt! Nothing to rush about, as we know perfecting the car is a meticulous, iterative prorcess so...Thanks, and glad you enjoyed the livestream lol.

I have a question about the front transverse links you used...were they the NISMO FRONT TRANSVERSE LINK SET SKYLINE that is used for 2WD R33 R34? Link https://www.rhdjapan.com/nismo-front-transverse-link-set-skyline-r33-r34-2wd.html

I also have the Circuit Link set, which I think includes the transverse link.