So you may have noticed the envelope on the left, from my last post. 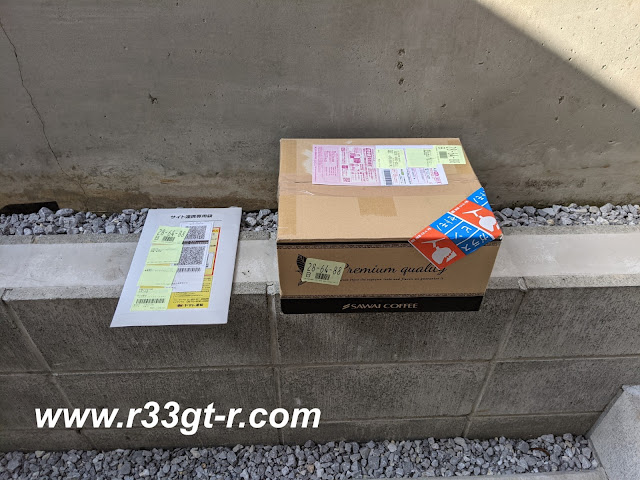 This was another rare find - a friend alerted me, and when I took a look, it is something I have NEVER seen before, but in the back of my mind always assumed existed. 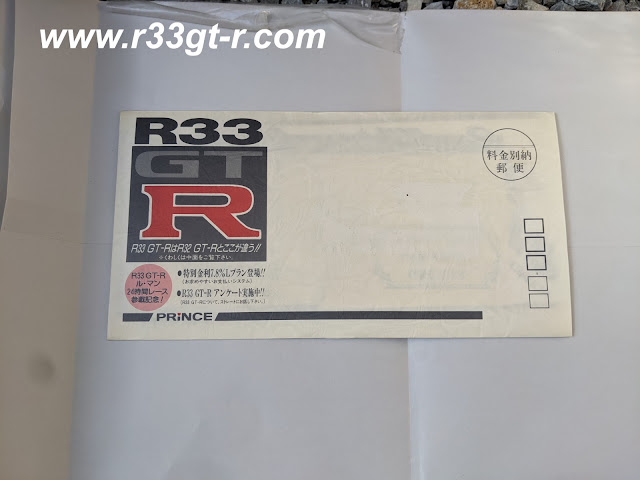 So what is it? When I opened the envelope: 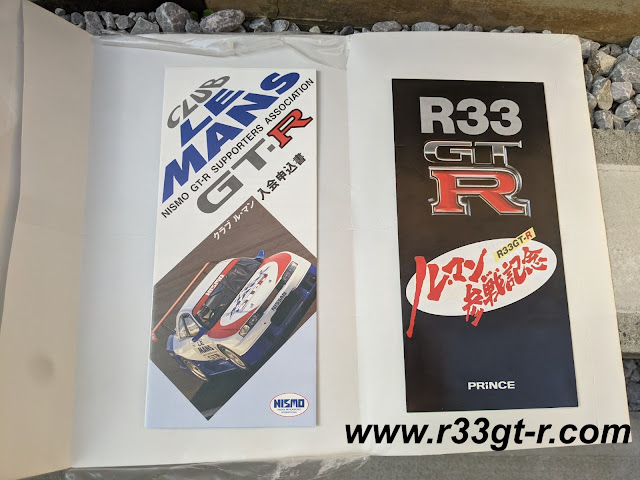 Nice! Pamphlets - one to apply to join the Nismo GT-R Supporters Association (Club LeMans) and the other to celebrate the R33 GT-R LeMans challenge.

Of course, being mail from a dealer there was some inevitable advertising thrown in there:

So wait, what is this Club LeMans? 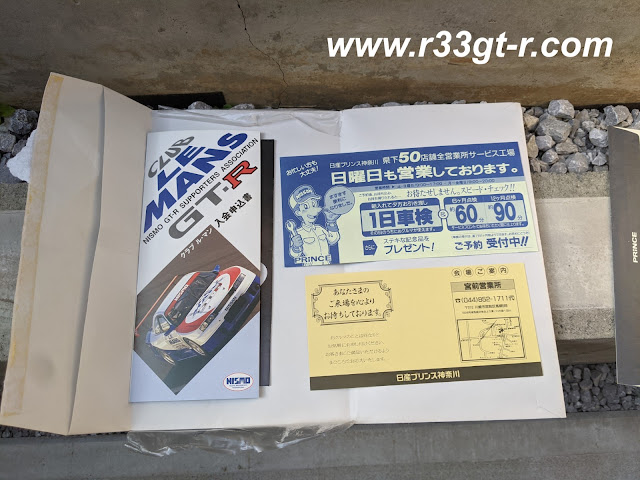 Well, they were instrumental in getting Nissan to race in LeMans. Here is a short article from the Nissan Global website. I knew that Nissan fans back in 1995 were instrumental in helping to bring the R33 GT-R to LeMans. But in reading the below, I learned some interesting things.
First, by joining this club - entry fee of 1000 yen, annual dues of 3000 yen - you of course got the fancy club ID card, a club member only clear sticker, and a club member only pin badge. 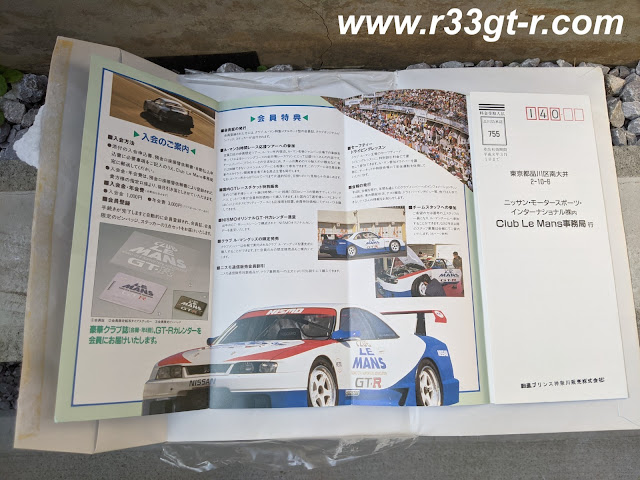 But that's not all - a select 23 (ni-san!) members were given a tour of the city of LeMans, a bus tour on the LeMans circuit, opportunity to check out the cars, hanging out with the racing drivers.  And of course, via TGV, an opportunity to go have some fun in Paris.
Additionally, members were given discount pricing on GT races in Japan - not only tickets, but pit passes, and access to the hospitality (VIP) rooms.  Also, you got sent Nismo calendars, the ability to buy special Club LeMans accessories and goods, and 10% of "Nismo telecommunication products" - I have no idea if that means pagers (remember those?) or cell phones...
But that's not all - you could also participate in special "safety driving lessons" taught by the LeMans race drivers, and you were sent a newsletter 4 times a year.
However, the most exciting benefit was - you could volunteer to be a member of the actual LeMans race team staff! 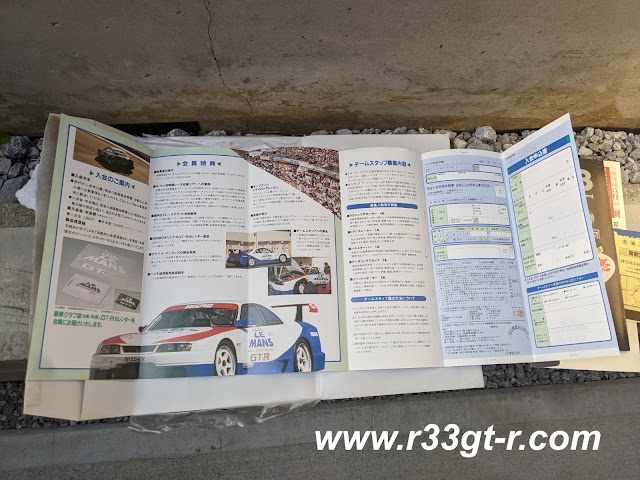 But not just anyone - they were looking for 4 people as mechanic supporters (so you had to have at least a class 3 mechanics license, ability and strength to work continuously for 30 hours - tasks included hauling tires to exchange, wheel inspections and cleaning, fuel resupply in the pits, assistance in fixing the cars, and cleaning up and organizing the pits); 1 person as a translator - French/Japanese to talk to race officials, everyday support in France; 1 "health keeper" - either a doctor or nurse with at least 5 years experience, to take care of the drivers and other team members;  2 catering staff - with certificates in food preparation, with actual experience in hotels/restaurants, to support the team in the paddock with all food related items; and 2 "event reporters"to record events as they happened and transmit reports at the scene and once back in Japan.  Too bad I wasn't around back then but since I don't have any of these qualifications in the first place... maybe one of you do?
Finally, a few words of congratulations in the establishment of the club from Kozo Watanabe, the man in charge of the R33 Skyline development, as well as from Masami Ihara, a famous football (soccer) player on the Nissan sponsored Yokohama Marinos team.  Most interestingly, Watanabe-san shares that one of the everlasting dreams for the Skyline GT-R was to compete in LeMans! 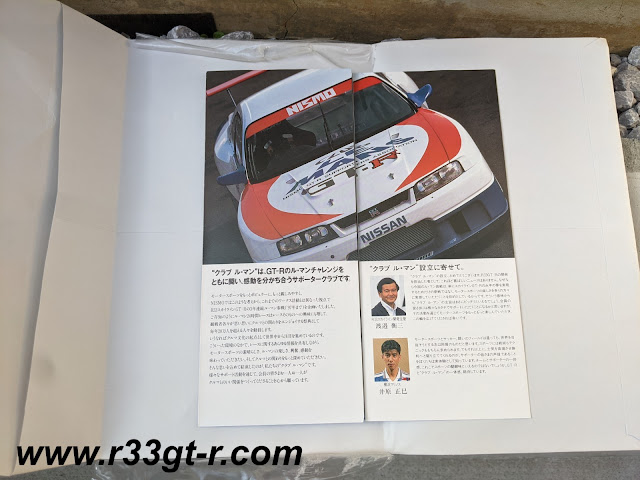 Finally, a page showing the driver lineup for the 1995 LeMans race. Do people know who they are? Some very famous names there... 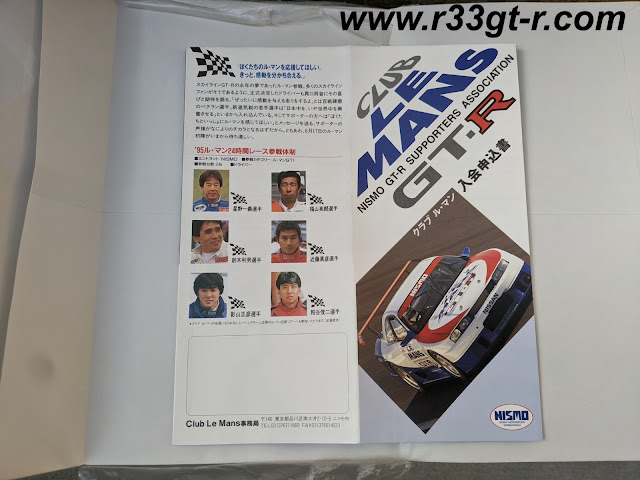 Then of course some more mundane advertising - the middle green talking about the First GT-R Track Day (sponsored by Prince Kanagawa) at Fuji speedway, scheduled for April 3. Meanwhile the stuff on the sides are talking about all the new goodies on the new R33 GT-R and accolades in the press: 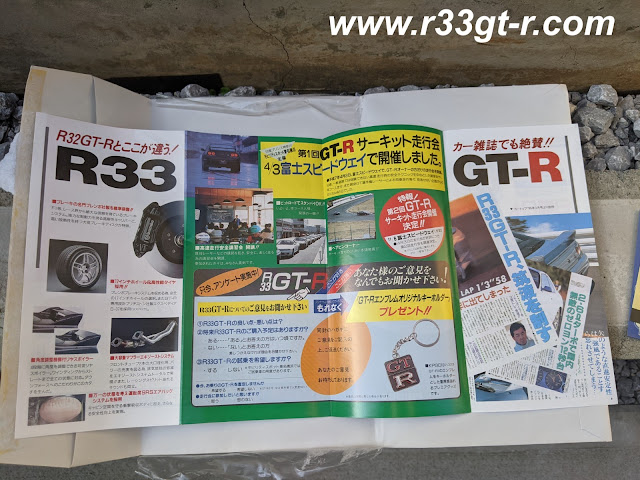 Nissan Prince Kanagawa (which still operates today) - open in 50 locations on Sunday for maintenance, shaken, repair, etc.   Interestingly, it appears they had one shop in particular, called "Mobility Spot Tomei Yokohama" that specialized in Nismo and tuning parts, sponsored track days - so kind of like Nissan Prince Tokyo's Motorsports Factory, as I explained in that article for Speedhunters a few years ago. 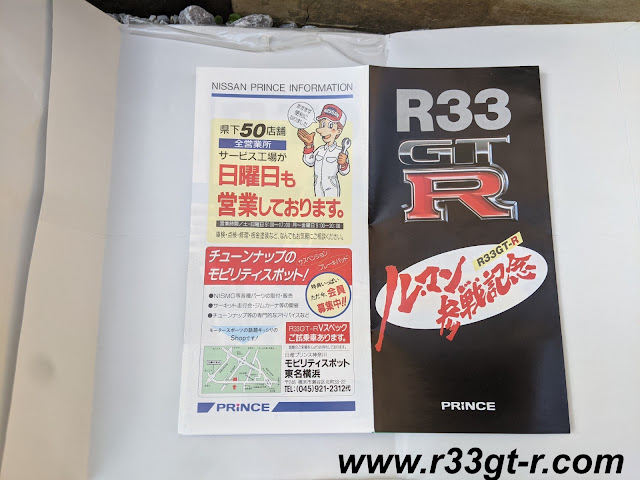 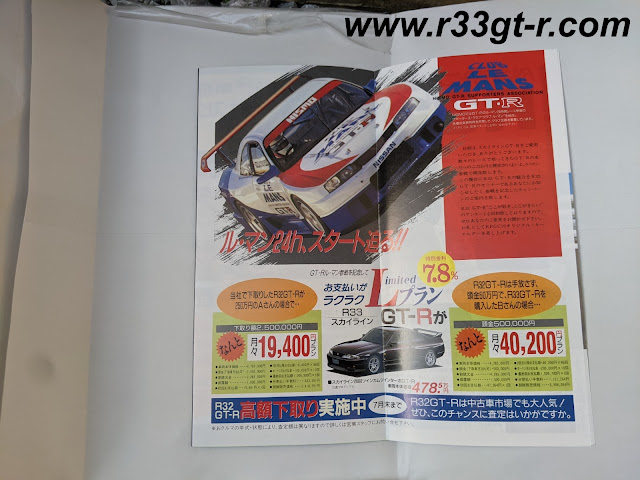 Anyway - what a blast to the past! Weird how my car wasn't even built yet - remember this is in the first year of the R33 GT-R, but also it's wonderful in how Nissan and Nismo knew that there were enough motorsport fans, and Nissan fans, in Japan that establishing such a club was well worth the effort.  How times have changed... I can only hope that those volunteers had a great time helping the teams out!
Posted by Aki at 11:00 AM

Weird to think about how you could just become a part of the race team like that. These days I can't imagine any factory-backed effort just letting people join on like that.

How much did you pay for the brochure on yahoo auction please? Wondering what the right price it is to bid for these items now days