Ok so as I mentioned in my post where I described taking the car to Nismo Omori Factory (again), I mentioned that in addition to getting the biannual Shaken done, I also needed to replace the tires.

When the 33 GT-R first came out over 25 years ago, the OEM tires were either the Bridgestone Expedia S-07 (on the V-specs) or the Bridgetsone Potenza RE010 (on the standard car).

Traditionally, the Nissan race cars of this era were on Bridgestones too.

Nismo has confirmed with me that traditionally, their recommended street tire used to be one of Yokohama Tire's top sports tires being offered at that time. As shown on the CRS cars. 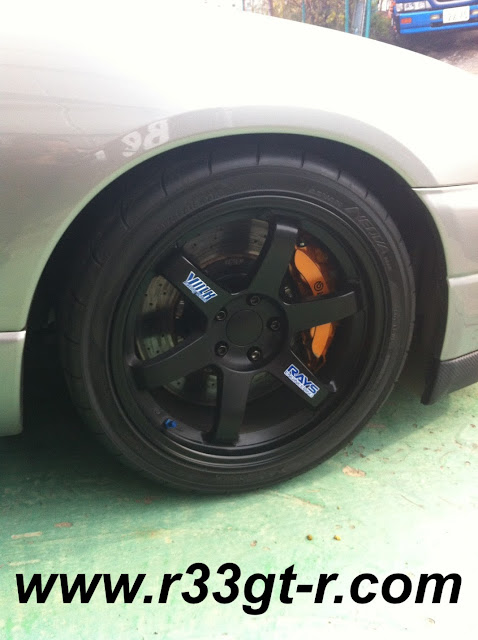 But about 7 years ago, Michelin started making inroads with Nissan... witness their gigantic trailer parked at last year's Nismo Festival, for example. 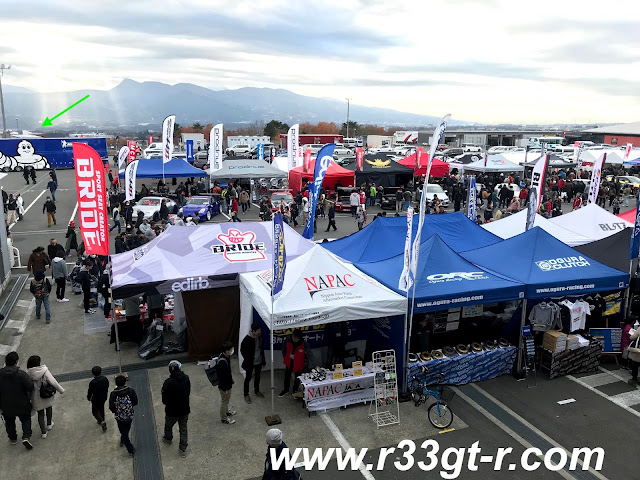 And then suddenly Nismo started to use Michelin tires on their CRS cars too.

My Lexus IS-F came OEM with the Michelin Pilot Sports, so I know that they are good tires.  But then I stumbled on this video.

However, just because Nismo now uses the Pilot Sports tires, doesn't mean I do.  Putting price aside, I decided to do some research and compare the PS4S against the two tires I would normally decide between, the Bridgestone RE71R and the Yokohama Advan A052.

Interestingly, I found that on TireRack.com, they consider the RE71R and the Advans to be "Extreme Performance Summer Tires" ("Hyperfocused on extreme dry grip, but gives up wet traction, confort and life to get it") while the PS4S is a "Max Performance Summer Tire" (designed to "deliver the highest combination of dry and wet traction along with reasonable ride and treadwear").

In other words, the Extremes are for track/dry weather use, while the Max tires are for great all around use (except obviously snow and ice).  Normally I would agree that, since I never drive the GT-R in the rain, I could focus and buy one of the Extremes.  However, there were 2 things to also consider - what if I got caught in a downpour or end up on a road up in the mountains still wet from the day before, and second, is there a Max tire that has just as good dry performance as an Extreme tire?

Now, for those you who question my research at TireRack.com -while their categorization is useful, what I'm really interested in are the ratings by actual owners. Somewhat like how we check Customer Reviews on Amazon or feedback given in the App Store, I tend to disbelieve what the "experts" say - even in famous magazines or youTube channels - because most of the time those people are given some kind of financial incentive to not say anything negative about the products they review.  The average consumer, however, is usually much more truthful because it's their experience and money. In fact I usually go to the negative reviews first, pissed off consumers are usually very informative (if not entertaining)! But I usually go along with what the majority say.

So first the customer experience on the RE71.  Overwhelmingly, most people seem to buy these tires for track and/or autocross use.  For those who do drive with these on an daily basis, these tires seem to not be as good in the wet as they are in the dry.

Second, what about the Advans?  Very few reviews on the A052 but again the majority of reviews reflected track/autocross driving. Just in case I also checked out the reviews for the AD08R, the successor to the tires on my car, but the feedback was similar.  And the overall rating, like the A052 and the RE71, showed only "good" and not "excellent" subjective wet performance.

Ok then what about the PS4S? Well first, this tire showed "excellent" in both wet and dry performance, but the reviews showed that overwhelmingly, this tire is not for the track. Some of the users who used this tire for the track had problems with premature wear, and some even outright mentioned the RE71 as a better tire on the track... and especially in the dry.

So in conclusion, the PS4S appears to be the best high performance street tire. And, given that I can currently get these tires at about half the price of the others, I can convince myself to go with them, even though I'll likely never drive in the rain, and I've been itching for a track day.  If I ever get back to do a track day, I will have to mount some Advans or the RE71 (purchased as cheaply as possible) on my spare set of wheels (LMGT4s).

Incidentally, if pricing was comparable amongst all three tires, I would likely go with the Bridgestones, given their OEM association when the car first came out.  Never mind that I don't take the car to the track these days and I don't drive it much (and when I do, and I wouldn't do so in the rain anyway).  Just wearing JDM best might be good enough...

I've been using Bridgestone RE-71R for three years now. They are amazing on dry roads, plenty of grip, very predictable. On the few occasions where it rained, they performed very well too. They kept pace in the wet, be it a slight drizzle or downpour. And I would consider them to be absolutely capable in the wet (unless one is going at silly speeds). Might as well add RE-71RS are now available, so maybe get the newest model available?

Totally. Bridgestone claims 2% faster lap times and increased life too! But as you know the newest stuff is always the most expensive. Which means the RE-71R might now be on sale. Hmmmmm.....

The RE-71R are a great tire. We raced on them with the Sienna van for One Lap of America in 2016. They were fine in the wet, it pretty much rained the entire event. Dry skidpad, week old use RE-71R, the van pulled 1 G average on the skidpad. I've been running RE-71R on my bluecar since then. I have to try some A052R out. Next car that will need tires is the R33, and its getting a lot of tire.

Hey Sean, great to hear from you. Sounds like a pretty awesome Sienna there. Yeah I'm tempted to go JDM all the way, but as you know for some reason JDM tires are twice as expensive here as they are back in the USA. And I'm spending so much right now fixing the crap job that was done to my interior that I have to save somewhere. Hence, if I can save on tires but still get good ones, is my thinking... stay safe and thanks for the comment!