One of the biggest problems, actually, with the Series 3 R33 GT-R (vs. Series 1 and Series 2) is the longer front lip spoiler.  Yes, it looks great, but it scrapes everywhere! (and it doesn't do much until you hit expressway speeds too...)

This OEM piece is made of ABS plastic (and came unpainted in its original black color), so it will not crack when the inevitable scrape happens - and by the way most of the time it's in those vertical parking lots (common in Japan) which require you to drive up, up, up to a parking spot... and then down, down, down to exit, at relatively steep angles, where your spoiler kisses the ground each time the ramp transitions from angled to flat, usually as you turn a 90 degree corner.

As a result, I absolutely hate driving my car to go to places like IKEA or Costco, where the parking lots are designed to pack as many cars into a small area as possible (I would even prefer mechanized parking over this, but I don't see those often, and sometimes my car is deemed too low to park in those pallets too...argh).

Anyway, once I got my front lip spoiler painted, I decided to get more creative to protect it.  Previously, I had tried to install a (Nismo) rubber strip that ran all the way across, and when that quickly peeled off (despite being bolted and glued on), I then tried thin aluminum strips which I bolted and glued on.  These also came off, and even got caught up under the car, causing a scratching noise that resulted in some pedestrians pointing and staring...

In any case, I had given up on this kind of extra protection, when I had a brainstorm.   My most recent effort involves rubber stoppers and some stainless screws which I found at my local hardware store: 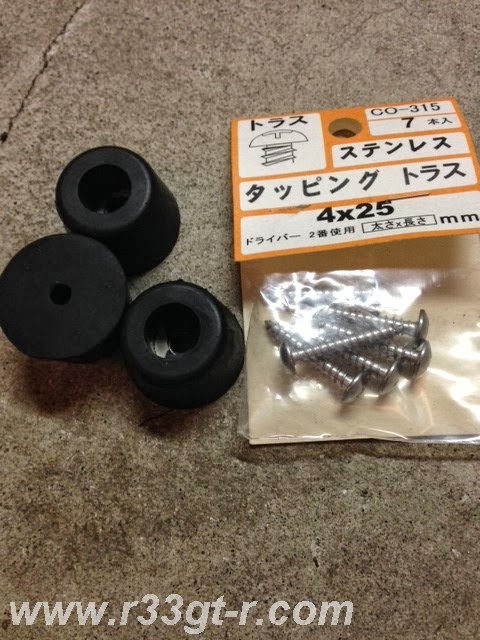 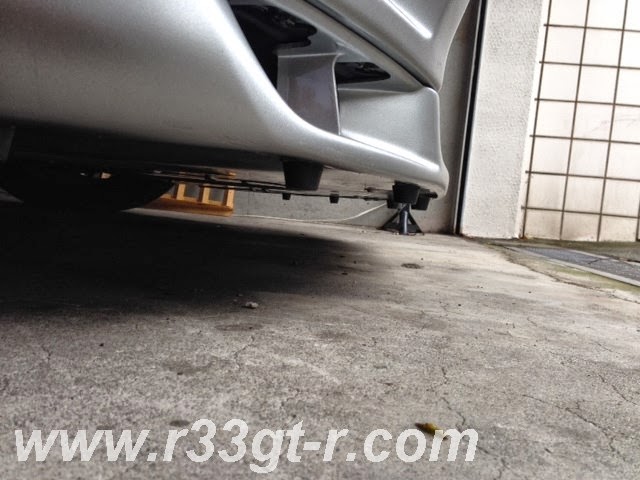 But this was back in October of 2013!  Quite frankly (and yes I don't drive this car that much) I had forgotten about these, although the couple of times I recall scraping the front, I remember thinking "I wonder how those rubber stoppers are working? Oh well..."

Today however, I had a chance to look underneath when doing a minor project (to be posted soon), and found this: 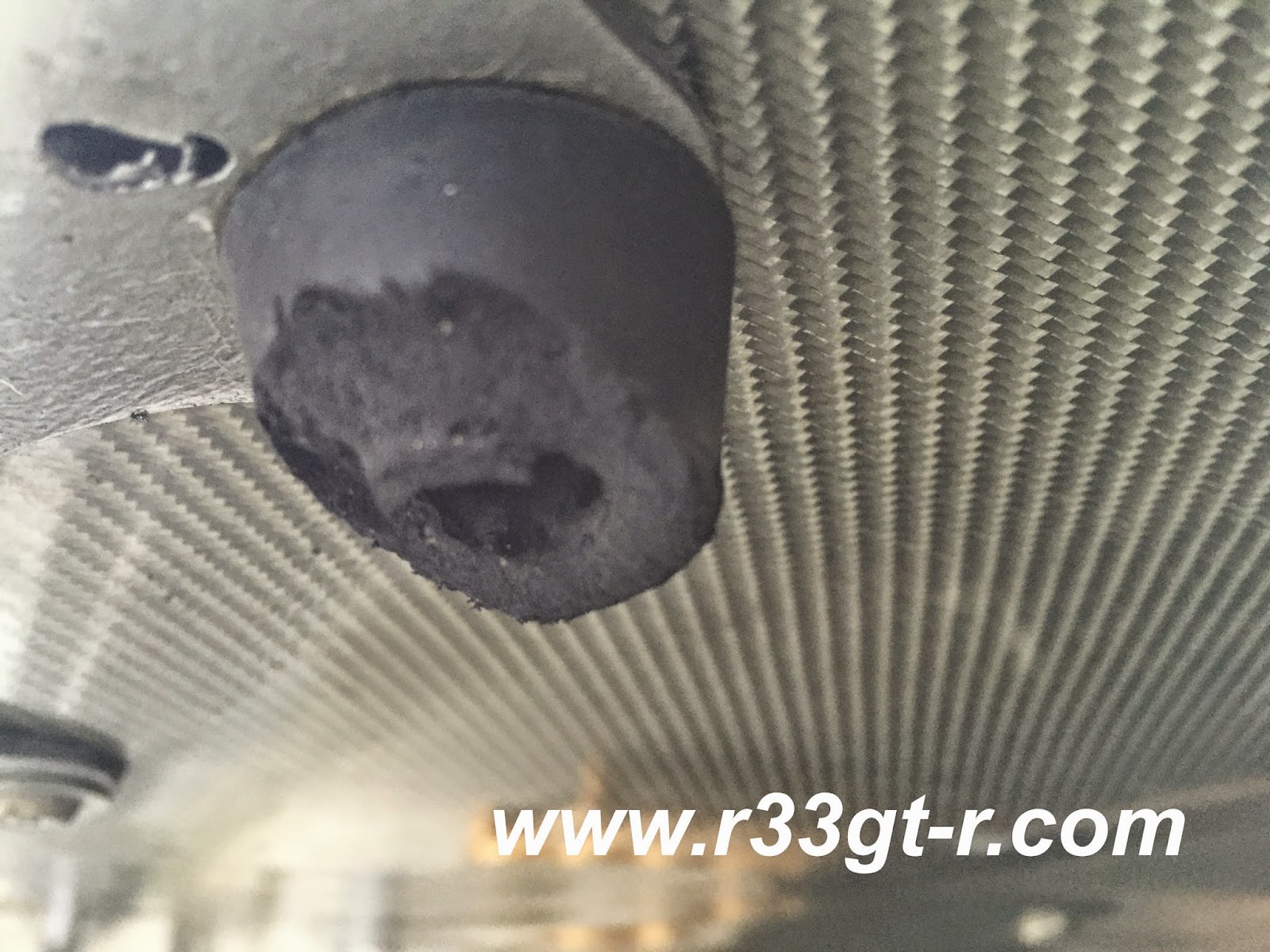 The lip spoiler still looks good (ok it's dirty) but these rubber pieces worked as designed!  That is, they sacrificed themselves by being the lowest point on the front lip, hitting the ground/road first, and obviously lifting the lip out of danger's way!

So yay! Finally something that works.  Oh, and as for what I was doing working on my car, check back in a few days...