Since I haven't heard anything from Mine's since my last post, I've been trying to clean up parts of this blog.  For example, I updated my Spec List page and realized that I had made some mods, and even took photos, but had forgotten to post when I did those mods!

From a distance, the OEM pedals sure look boring and ugly:

To be honest, I was hesitant to do this mod.

First, note how Nissan has actually inscribed the "R" on the pedals themselves. GT-R specific? Probably! But old and getting worn...

Second, aluminum isn't going to be very useful if the soles of my shoes are wet from rain.  Then, I realized that since I almost never drive in the rain, this should not be an issue.

Out of excuses, I went ahead and ordered a set from Nissan. Note in the photo below there are three "bush" - but if I recall correctly, only two were actually needed (I can't recall where I got the part number list.  Unfortunately, I also don't remember which one bush I didn't use, but as they are cheap parts, I would go ahead and order all 3 if you are going to do this mod, unless you have access to a proper parts list).

No instructions were included, but this can't be that hard. The foot rest was a simple bolt off and bolt on affair. 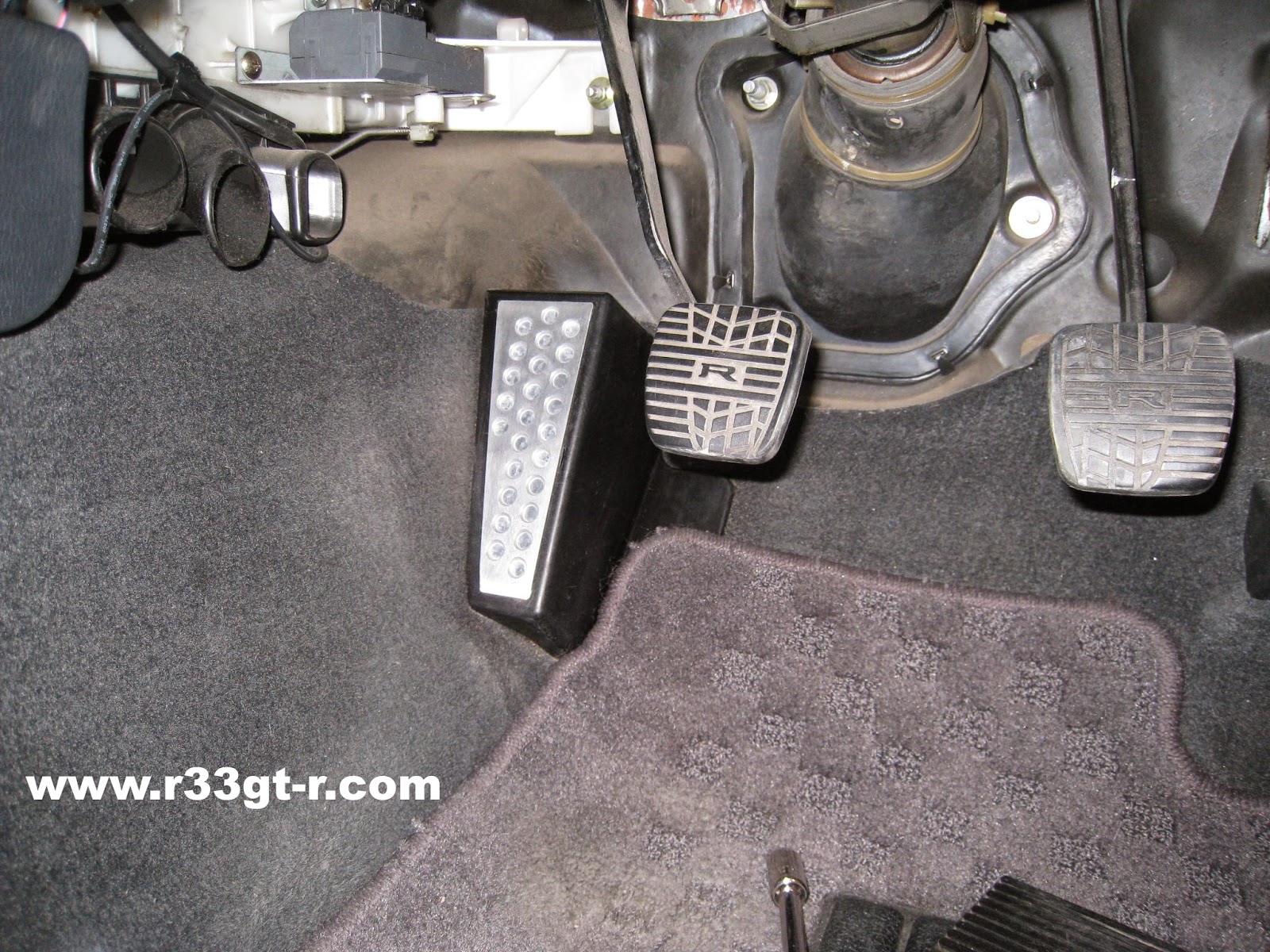 Next up was the gas pedal. Note the difficult part here was, getting that clip undone that holds the top part of the pedal. A small standard screwdriver is handy here.


The aluminum pedal - I can't recall exactly, but I seem to remember that you had to be careful to force the bottom piece (onto which the metal pedal arm hooks into) in. The top piece is self explanatory.
Turned out that the brake and clutch pedal were the most difficult to get on. I ended up using a hair dryer to soften up the rubber, and then quickly stretch the rubber part on the back side of the pedal around the metal pedal arm portions. 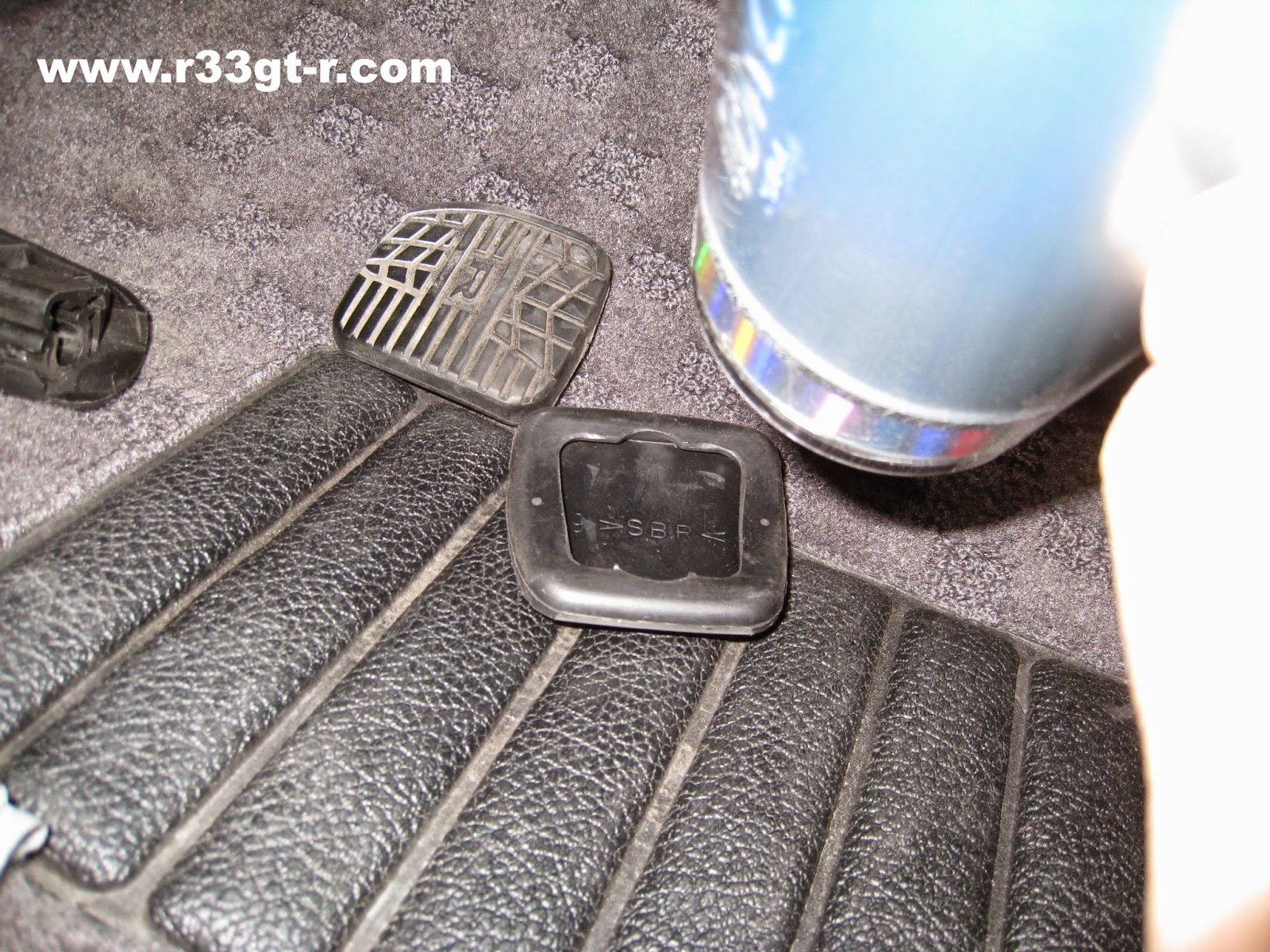 Here is the aluminum pedal installed, from the back. 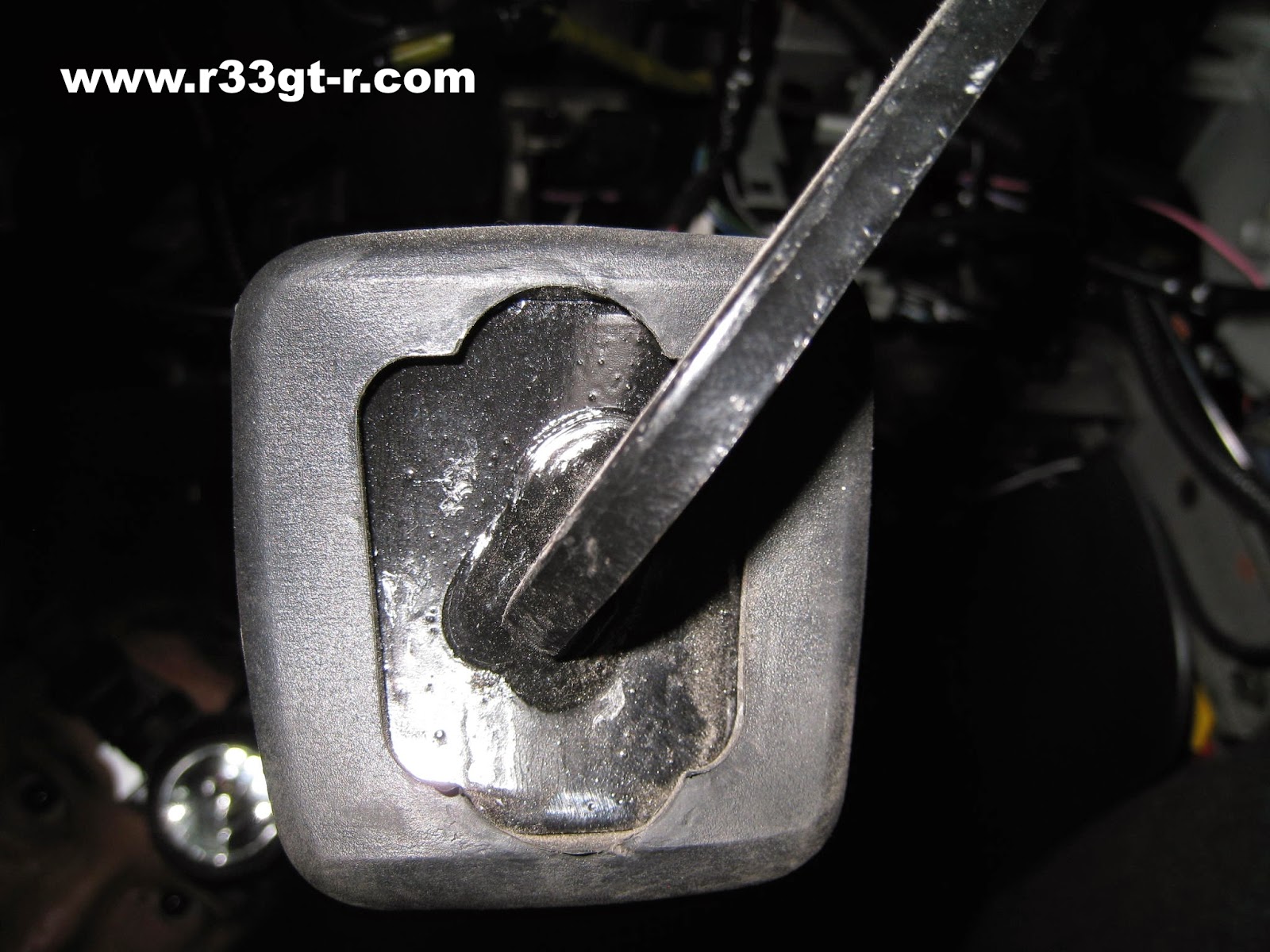 And finally, the end result: 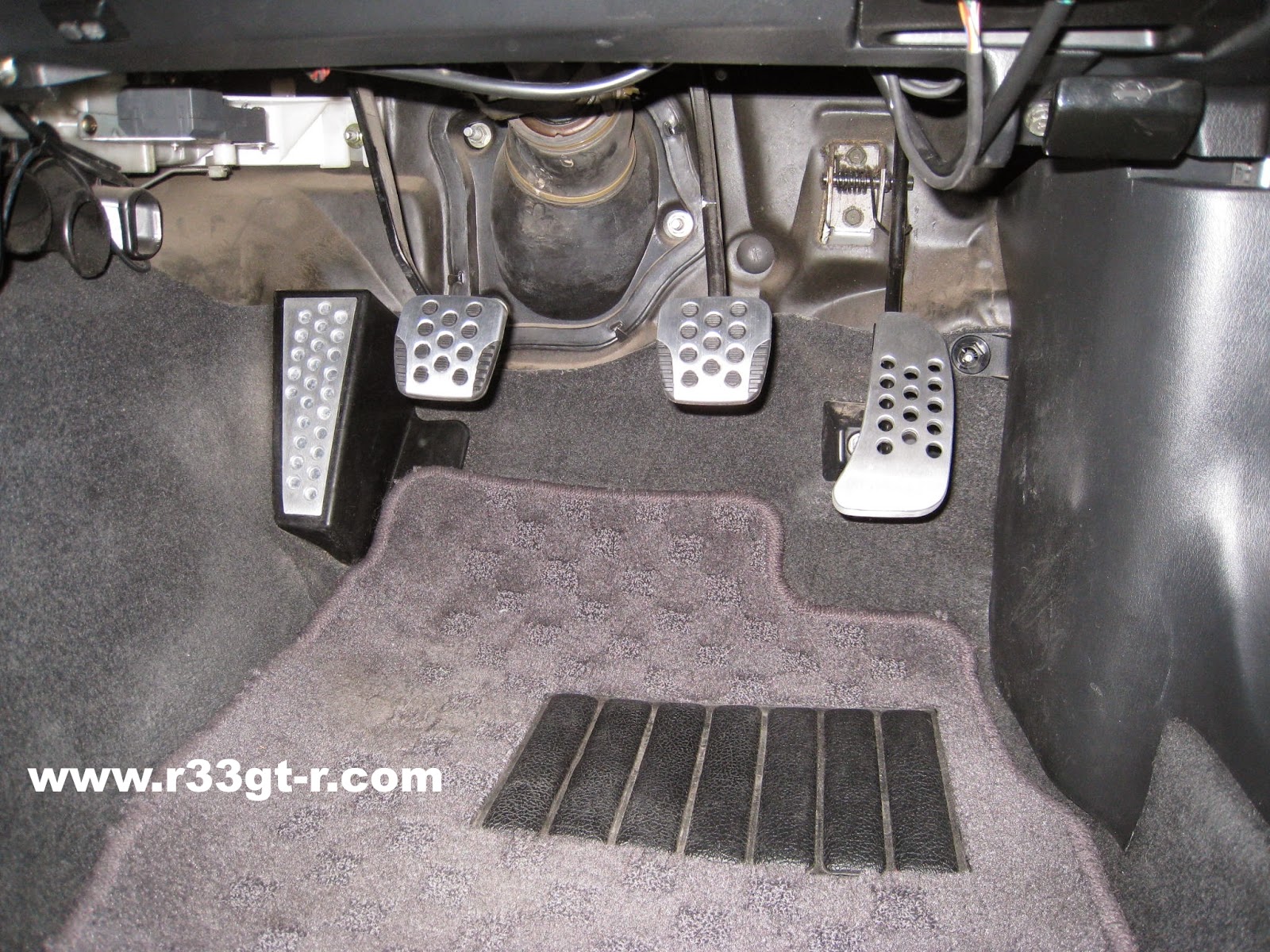 Looks good! Yes, I lost the "R" factor, as these same pedals are now found throughout various Nissan vehicles. Still, I can't complain as they look good and I GUESS the small rubber sections on the left and right of the brake and clutch pedals act as anti-slip mechanisms for wet shoes.

Also, yes I have seen Nismo branded aluminum pedals, but was never sure if they were fake or not. So I stayed away from those, even though I'm pretty sure Nismo did at one time have such parts available.

In any case, this was one more small thing I did to help "modernize" the car - heck if Nissan installed these on the later model BNR34s, then of course they would have put these on the R33 GT-R had these parts been available back then, right?

Hardest thing I've ever done next to learning Japanese was installing the brake and clutch pedal. My God. Whatever planet that rubber is from is certainly not from THIS planet. Thanks for the writeup! 👍

I just got finished doing this exact modification and thought... "I wonder if anyone else tried this and thought getting the pedal pads on was an absolute triumph?" Apparently the answer is... Yes!

Now I just need to find the dead pedal (foot rest) to complete my set! Great write up!

LOL. Thanks to both!