In the following video clip (that was filmed in late August, but finally released this past weekend). Which, in my opinion, is rather silly, but it was fun to meet Mr. Jay Leno (real nice guy!) and not only have dinner with him and talk cars, but later take part in shooting the scene in the clip. Also note Road&Track editor Sam Mitani as Jay's sidekick. 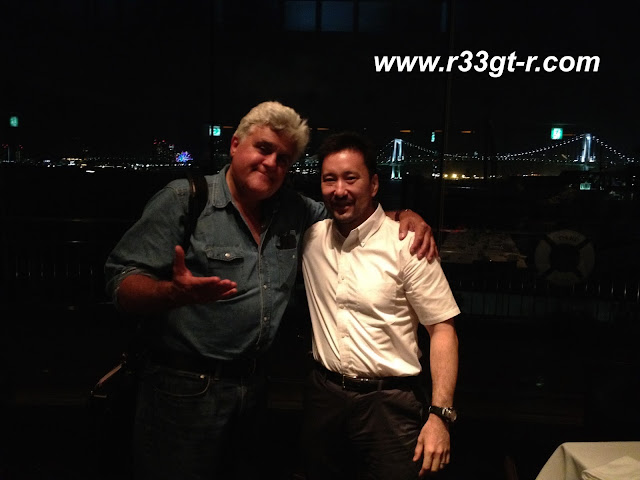 Thanks as usual to Dino Dalle Carbonare and Nissan for inviting me, as well as to my friends Mikku Nagata, Thomas Mangum, Dave Ireland, and Terrence Simmons for making time to join us with their cars that evening. I am happy to say we had THREE R33 GT-Rs to show off to Mr. Leno!

Note: I know this isn't the typical technical post many were expecting, but that will come soon. Thanks for your patience!
Posted by Aki at 12:33 AM