So after getting my car fitted with Spoon Sport's Rigid Collars (see previous post), I drove over to Nissan Shinagawa to order some parts, and to ask a long standing question...will the BNR34 Rear Diffuser fit on the R33, and if so, how?

But, as usual, they were crowded when I got there, so I amused myself by reading this... I need to pick up a copy - for those who can't read the Japanese, it's a special edition GT-R Magazine dedicated to restoring the RB26 series GT-Rs. So plenty of advice on engine, suspension, body, interior, etc. rebuilding and freshening up. 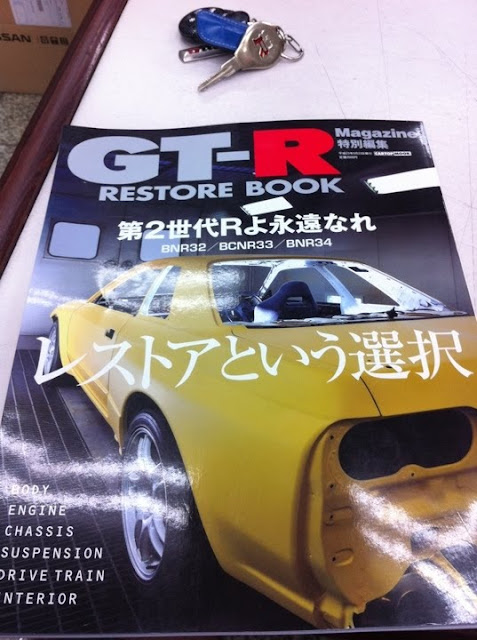 But hey I was there to order some parts...well actually some small connectors that I broke when installing my headlights... but might as well see what else is tempting... 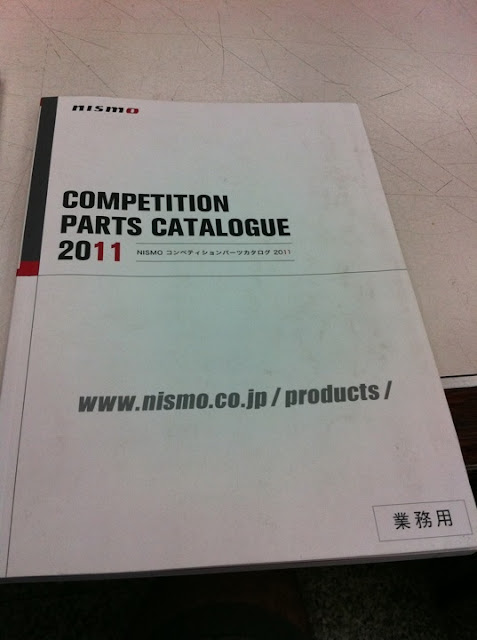 Finally - I got Koyama-san's attention. I had done some previous research, and we quickly determined that the brackets needed to install the diffuser, DID fit on the R33. But boy they are expensive... about 30,000 yen each per side! Then I had to get the center piece, which requires two bolt holes to be drilled from the spare tire well.

But the problem was, the side attachments. On the diffuser, there are two (left and right) Z-shaped brackets that are designed to bolt onto pre-drilled holes on the R34, right inside of the rear bumper. Obviously, the R33 is shaped differently... so off we went to find Yamada-san and Sugimoto-san, their top two mechanics to see what they though.

Another was whether the front leading edge of the diffuser, could be bolted to SOMETHING on the R33.

Amazingly, neither had ever installed an R34 diffuser on an R33 before...so they found an old broken R34 diffuser, put my car on a lift, and test fitted the diffuser. 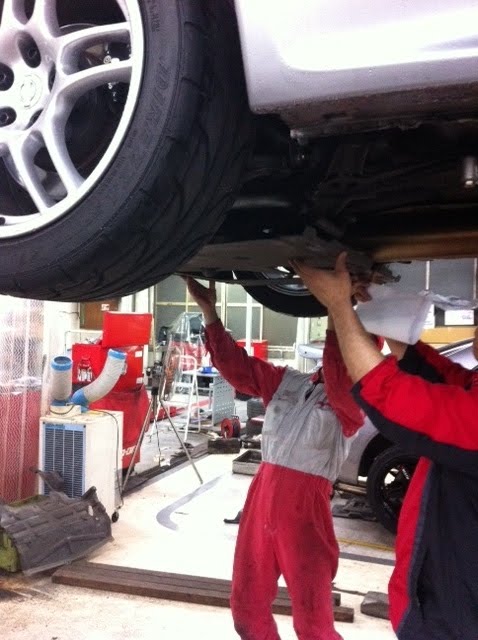 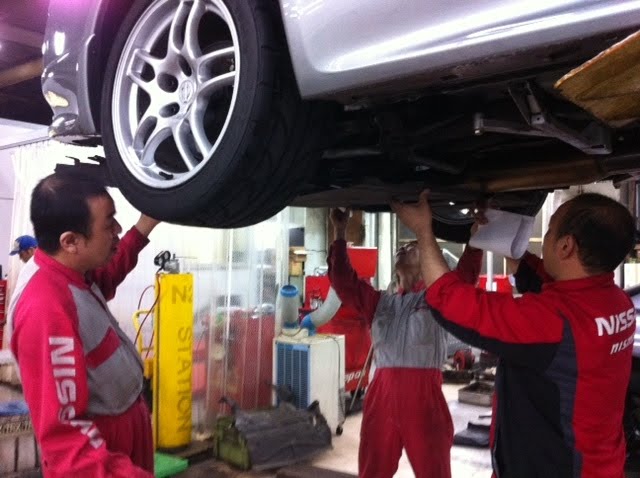 Luckily - it turned out that the R33 had the same bracket for mounting the front of the diffuser, no problem. Unfortunately, the problem with MY CAR - was the Fujitsubo muffler.

First, it's a very large diameter - 90mm, so the diffuser was a snug fit. Second, it shoots out the back at an angle - designed to minimize the slow down of exhaust gases. The R34 diffuser, however, was designed for mufflers that point straight out the back.

Turns out, the side Z-brackets would require some ingenuity... I later found a post on the GTR forum which gave me an idea. These Z-brackets DO come off, so I'm not forced to bolt them in the same location. What I need to do is to find somewhere to bolt the sides, and find brackets or screws that work accordingly.

As for the muffler - well I guess I should either start looking for a straight one, or cut the diffuser. But cutting the diffuser cuts into its structural integrity, so not an ideal solution.

Conclusion - I think I'm going to have to figure this one out. Meanwhile, I'll take my time restoring and making the diffuser pretty, it's used and thus somewhat beat up...

Maybe later this year I'll get this done?
Posted by Aki at 12:11 AM

Any progress on this Aki?
cheers Tinoush