As Things Have Calmed Down...

First, thank you to all of you out there who contacted me after the big earthquake and the resulting nuclear power plant mess. Suffice to say it was crazy, but of course the suffering of me, my family and others around me was nothing compared to what those poor folk up in Fukushima have gone through, and continue to do so today.

Obviously after March 11, not much was happening but as things have gradually returned to normal... what better way to "normalize" than to have a get together at Daikoku PA the usual second Wednesday night of the month (April 13)?

So we did...Thanks to Dino, who took these photos and posted on the Speedhunters.com Facebook page:

Dino and Russ (RE-xtreme) perhaps the two most famous gaijin car guys in Japan? At least in my circle, LOL. 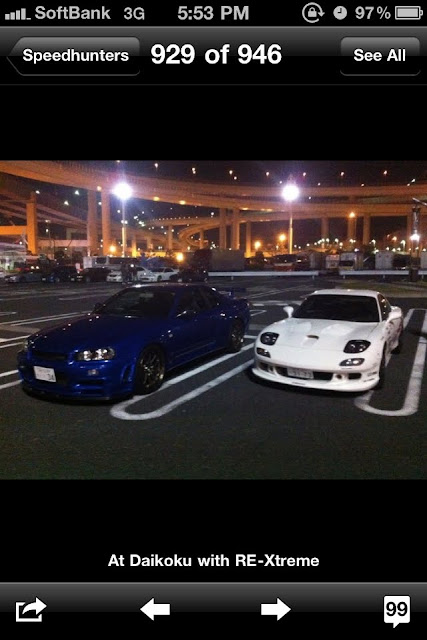 Kaz decided to ditch the R35 and come in a nostalgic blast from the past! 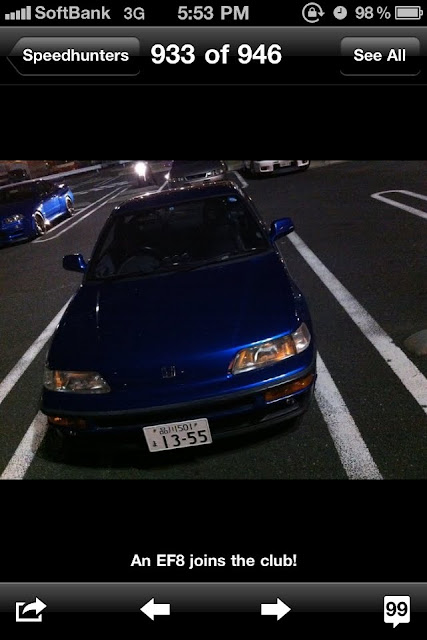 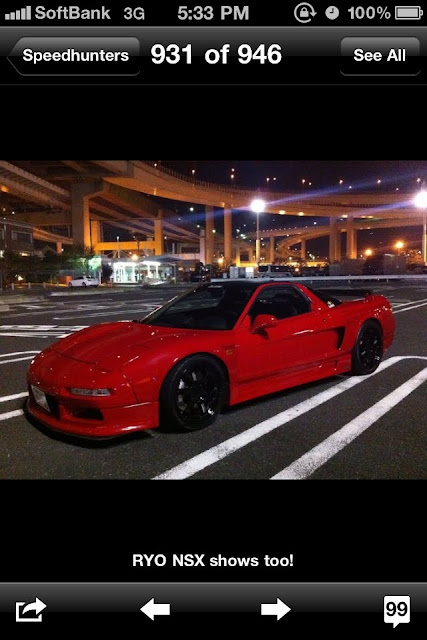 Our friend Rich brought along his meticulously restored Bluebird (but it has an SR20 engine onboard...) 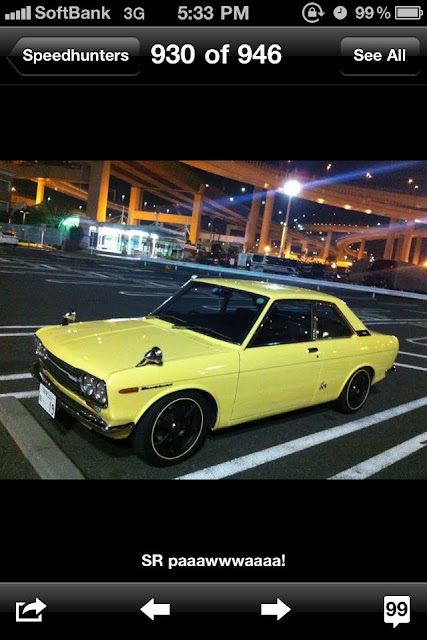 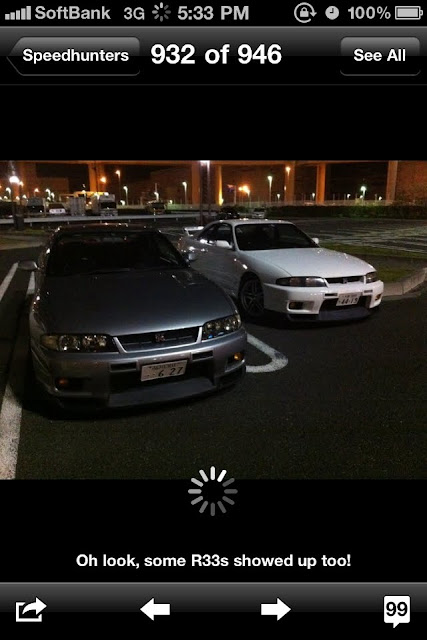 Besides me is James Pearson's white R33, with recently rebuilt engine. What spec, he won't tell me! (but it's for sale right now so if anyone wants a white R33, post a comment...)

Oh - and to those who were wondering, given my last blog post - my car was only at Tomei for a week. And I posted a week after my visit.
Posted by Aki at 6:19 PM

Glad to see you're okay Aki.