It's Been a While... UPDATE Time

It turns out the last time I posted here was back in November! Well, I DO have a good excuse - my wife and I had our first child, and so for those of you who have kids, you know how it is...

There was also an issue with my PC - this thing I am typing on is now is 8 years old, and lately it wasn't physically possible to even type or surf the internet, it was operating so slowly... so I spent a few hours today deleting programs, and switched browsers. Working much better now, thankfully I didn't have to do a full re-format job.

Anyway, I thought I'd share what's been happening with the GT-R despite my limited time and the current COLD Yokohama weather which really makes it hard to do anything with the car.

Oh, first, here is the newest option that I've installed in my car: 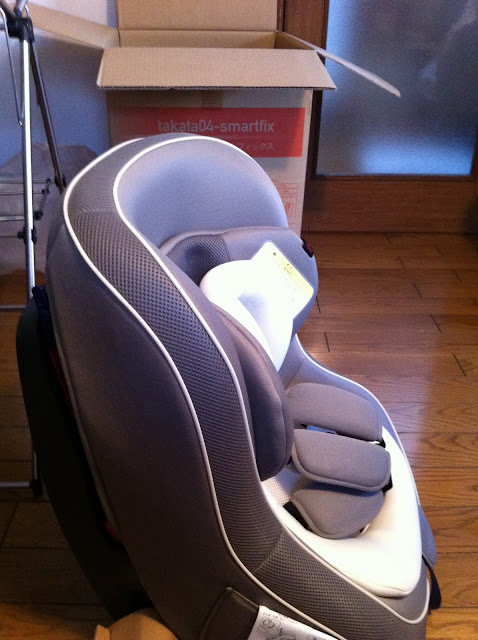 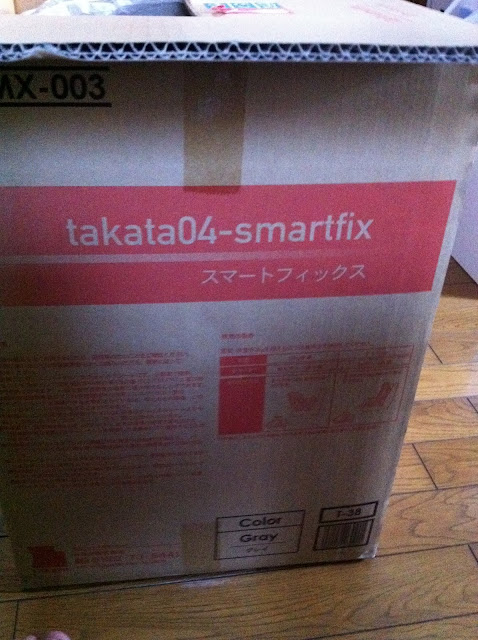 Yes, baby seat!! This was tough - the scooped out rear seat means that there are not many models that work in the rear seat of the R33. But, I did my research, and Takata (yes, the same company that makes the racing harnesses and mass market airbags and seatbelts) also makes child safety seats - and the crash data shows this is one of the best seats out there... Good thing is this seat is designed in such a way that it will fit most cars, so I can take it out and put into other cars (e.g. second car) as well.

Anyway, my lack of time means I can only do some minor projects.

Here is one - it always bothered me how dirty the radiator brackets were: 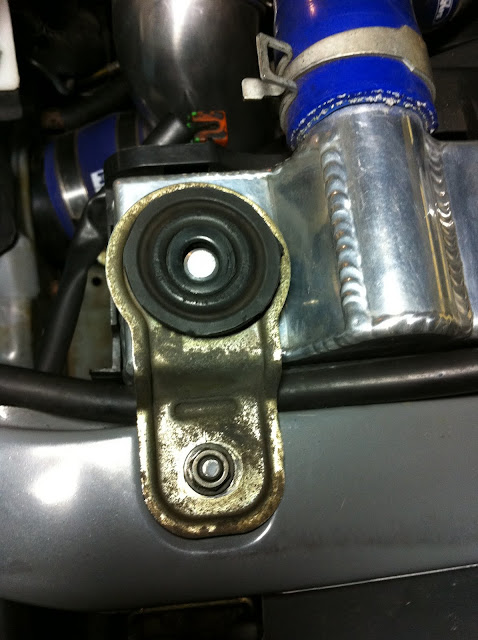 So I bought some carbon ones on Yahoo Auction. Unfortunately, I will have to get out the Dremel and reshape to fit properly. Can't really tell from this angle, but needs to be a bit more narrow in order to fit into the depression. I'll be doing this soon. 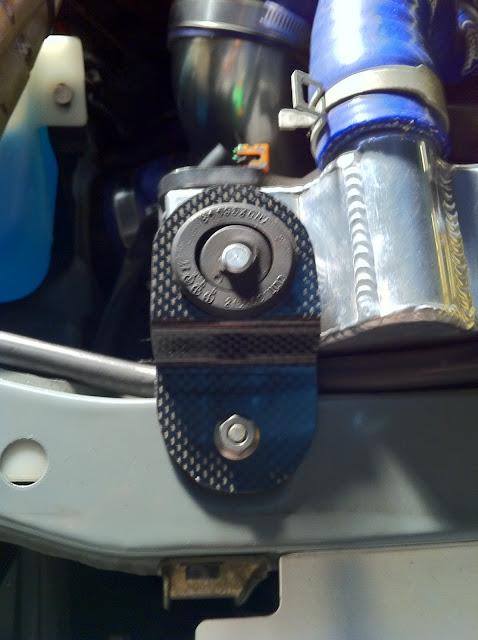 I also decided, what the heck I will try to "Titanium-ize" my engine bay. So I did some research, and found a company that sells various bolts and nuts. 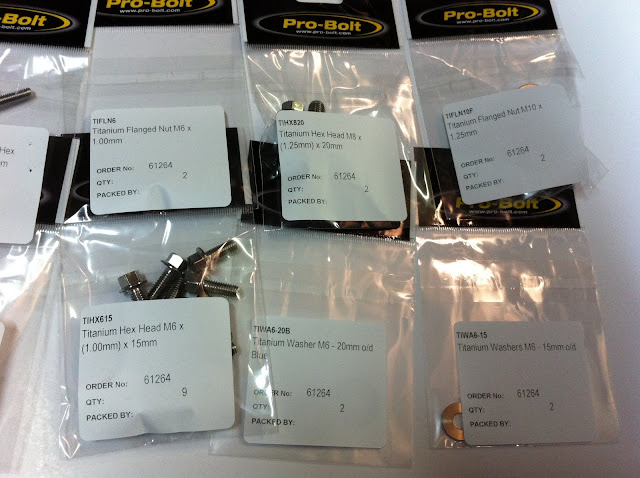 For example, here is one (poor) example - a bracket with the standard steel bolts: 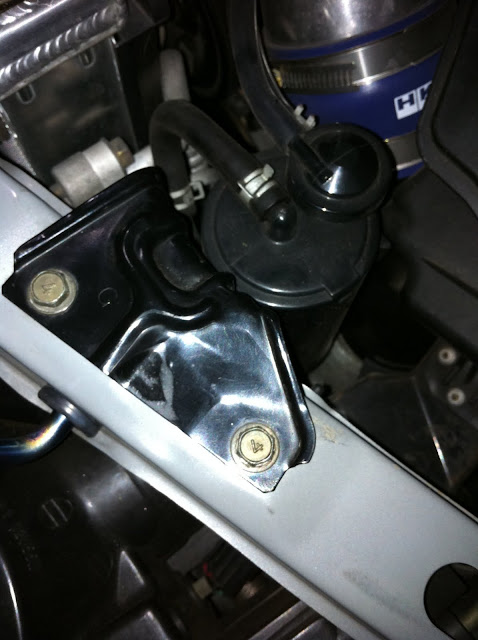 And here it is after switching to titanium bolts: 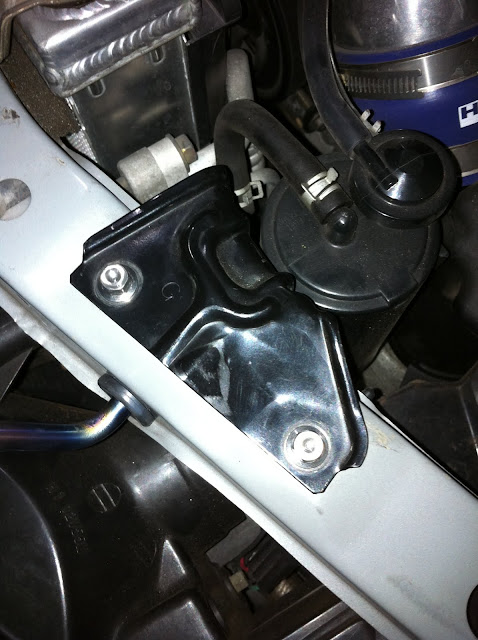 Wasn't just titanium either. Decided to bling out the transistor pack by replacing the ugly screws (black, and differing lengths) with some shiny aluminum ones (titanium is not as good as a ground as aluminum is...as I run some grounding wires on these bolts). 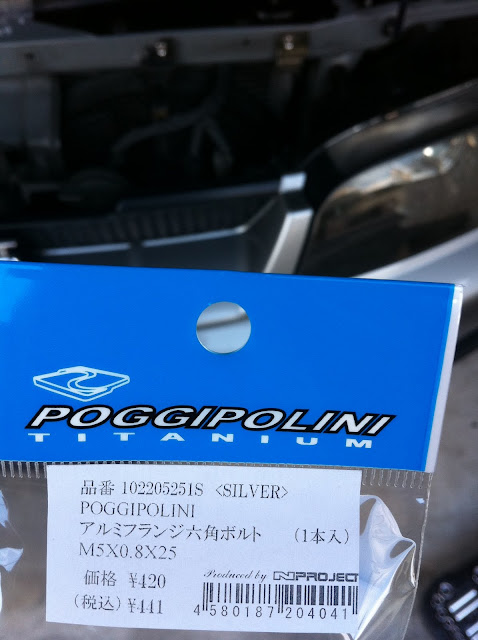 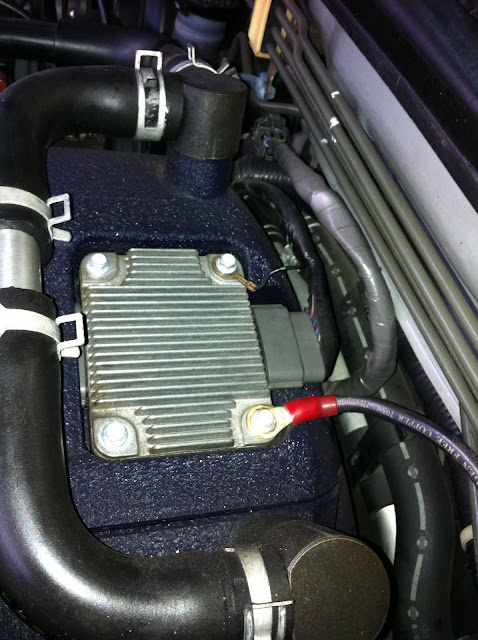 Ok, not great examples. But I still have some other bits to swap out (for example on the Nismo titanium tower bar), so will try to get a better picture next time.

Oh yes, also did wash my car, almost froze my fingers off: 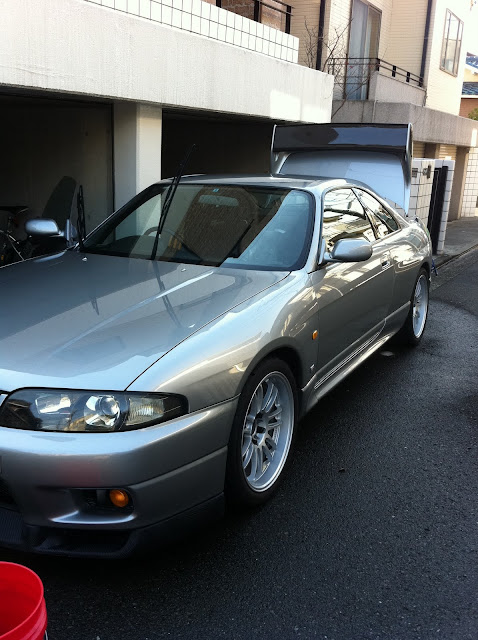 I also managed to take the car into Nissan Prince Shinagawa for an experiment - some friends had insisted I try the Redline Heavy Shockproof Transmission Oil, as my gearbox had started to make some bad sounds when occasionally shifting into 4th. 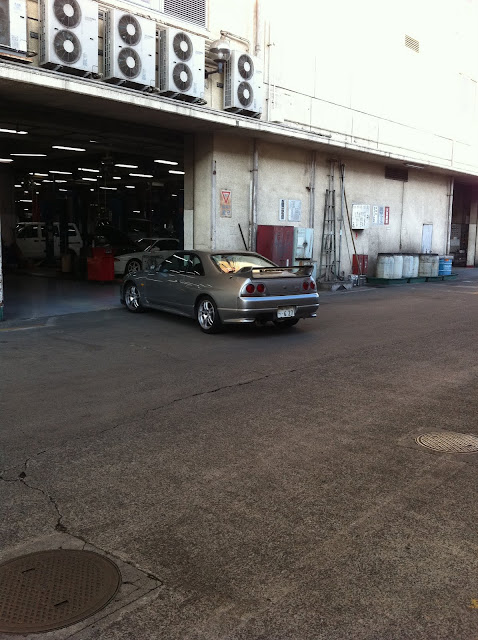 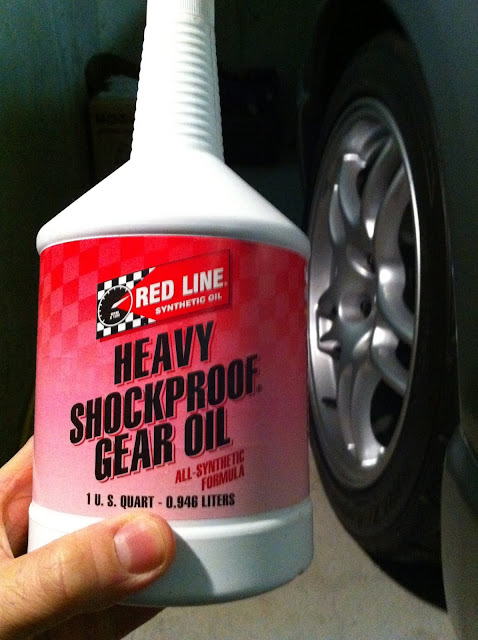 Well I'm happy to report that this stuff WORKS! Can't believe it!

Anyway... not my usual level of tuning. BUT, I do have a few projects in the works as you read this. Hopefully will be able to work on some of it this weekend/month, and will report back then.

In the meanwhile - as you know I'm thinking I need some new wheels - the RE30s I have are fine but I THINK could be better darker on a silver car. I wonder how dark silver or matte black would look?

My friend Russ (photoshop guru) decided to give me some other ideas - enjoy! 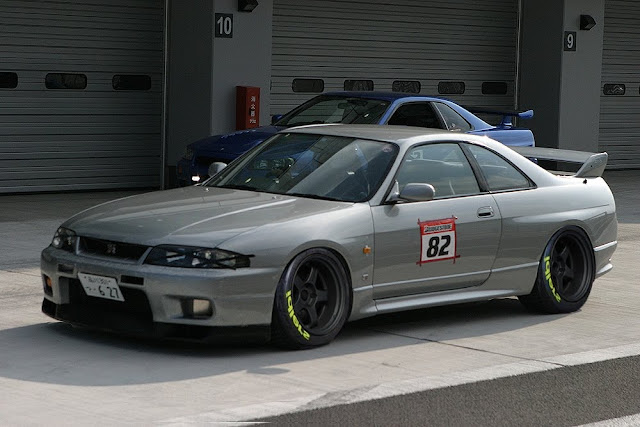 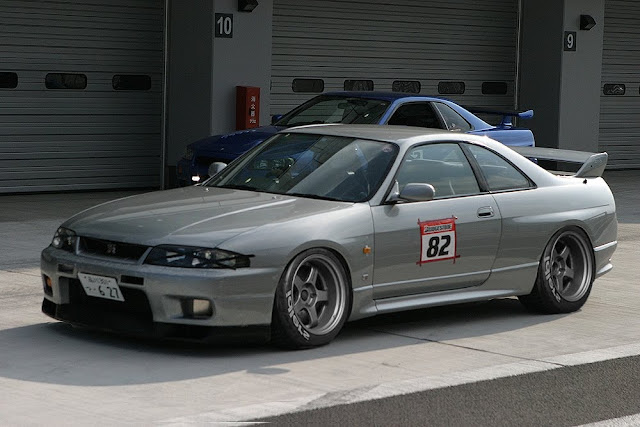 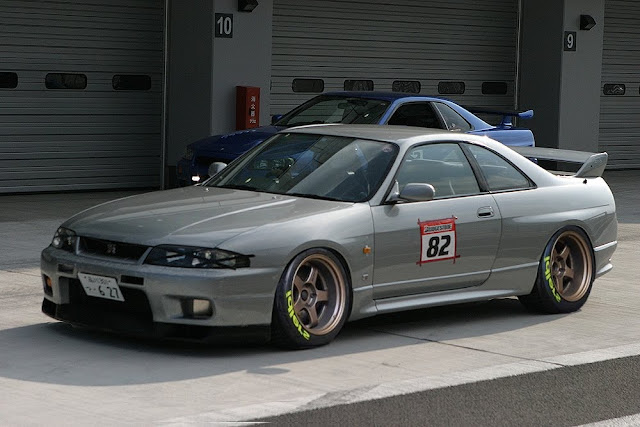 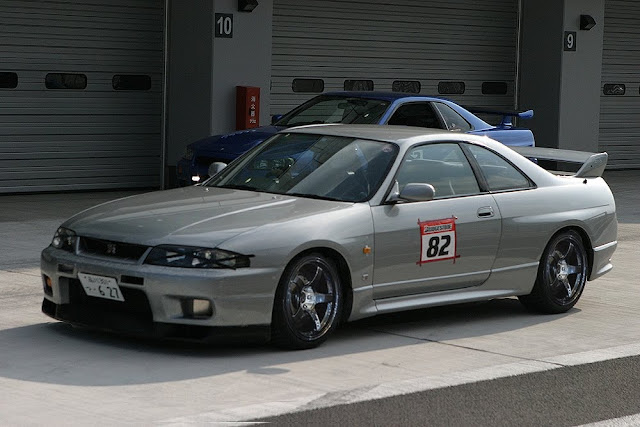 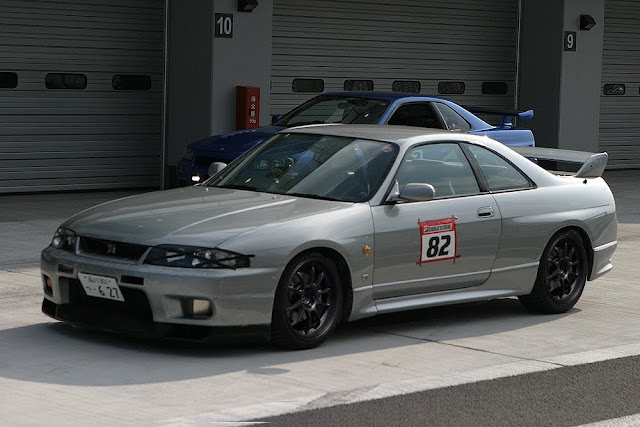 Thats a really good gearbox oil. Have been using it on my STi for a long time.

Good idea on titanium bolts, I have been replacing mine with Stainless ones gradually, Like the look of the radiator bracket, unusual in carbon. The brackets are a small but annoying detail. For sure dark wheels look good, I agree that the chrome ones should be left for lesser mortals!

to skzzi - I wish someone had mentioned this earlier! But yeah great stuff! :)

King Rat - thanks for the input, I have been seeking a titanium that doesn't look fake - also many of these aftermarket bolts are Allenhead, which of course makes actually working on the car difficult. Yes, I'm leaning towards darker wheels.