Being able to detail and tinker with my car to my heart's content.

As many of you know, for detailing I use the Zaino line of products. http://www.zainostore.com/

The weekend before, as I mentioned in my previous post, there was one sunny day, so I took my time and washed and claybarred the car. Then followed up with the Zaino AIO (Z-AIO) product, applied and removed by Porter Cable.

This past weekend, I used the Zaino instant detailer spray (Z-6) and cleaned the car (there was only some dust on the car anyway, as I had not driven it). I then followed with another coat of the Z-AIO (applied by PC again) and then some hand application as below:

Here, I'm using a toothbrush to remove some old built up polish on the "Skyline" lettering on the rear valance: 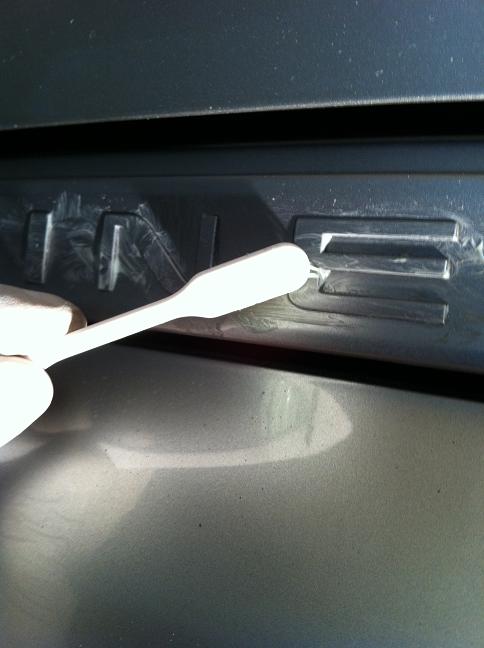 And of course - the details - here I am attacking the license plate too - both the front and rear were dirty. 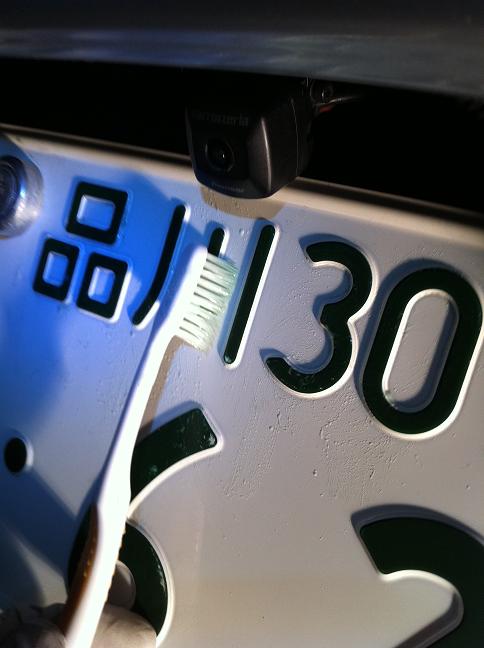 Don't have any action pictures of me removing the Z-AIO (again by PC), which was followed by a coat of the Z-5 product , followed after removing it by PC by a gloss enhancer/instant detail spray, Z-8 , then followed by another coat of Z-5, again on and off by PC. So that's 2 coats of Z-5 - each coat enhances the shine, and the effect is additive! (someday, I will have 4-5 coats on... someday!)

Hard to tell from these photos, but the car looks amazingly better - so good in fact that the defects - stone chips, etc. are even MORE noticeable... 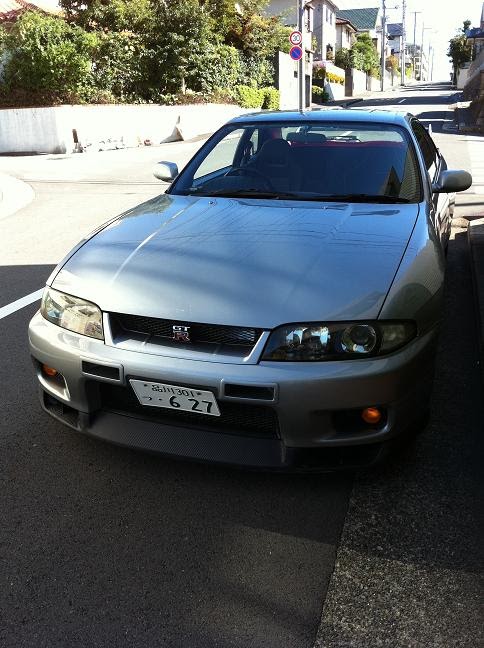 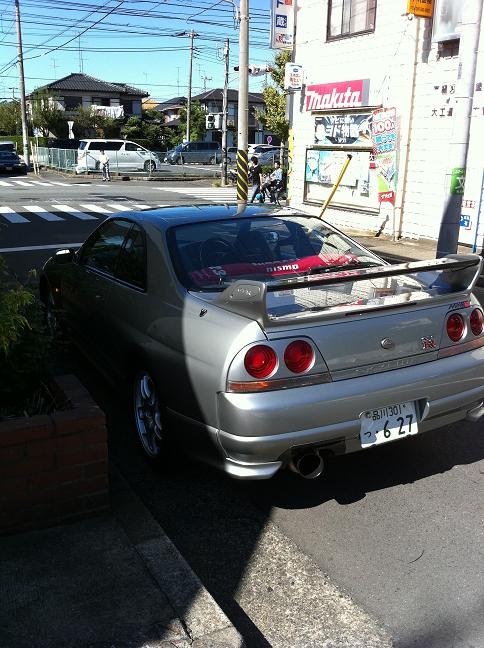 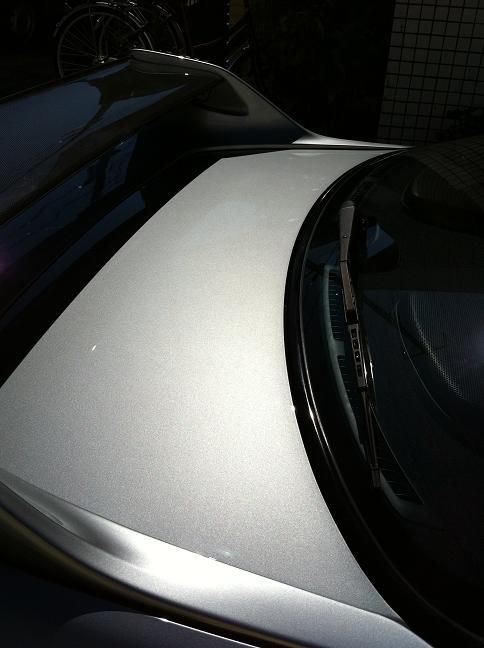 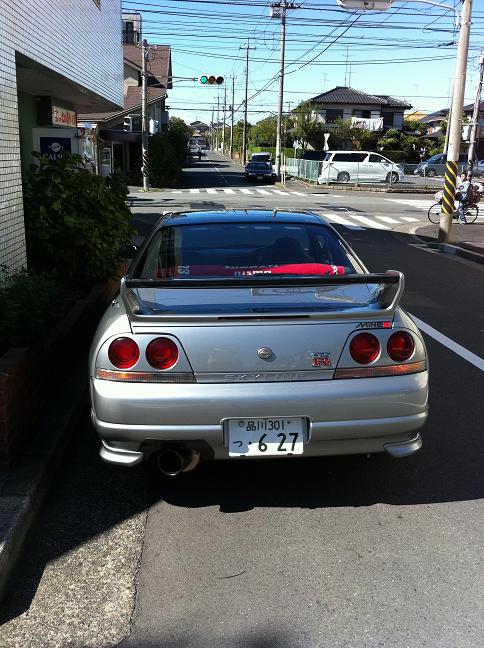 I also took a couple of hours to remove the dry carbon exhaust surround, which not only was dirty but was applied somewhat off by the bodyshop (when they fixed my rear bumper). I then cleaned it the best I could, and put it back on, this time straight. 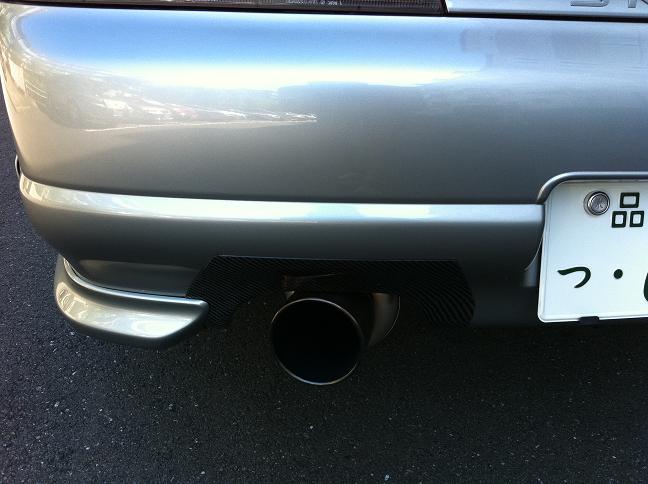 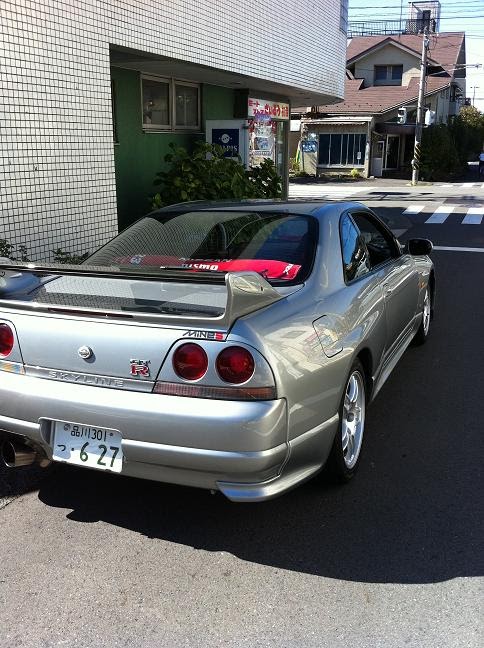 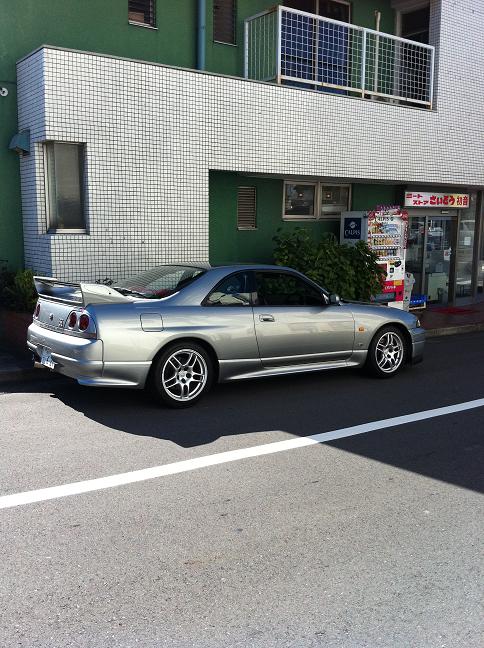 I like this photo the best - really brings out the shine and the definition of the car! 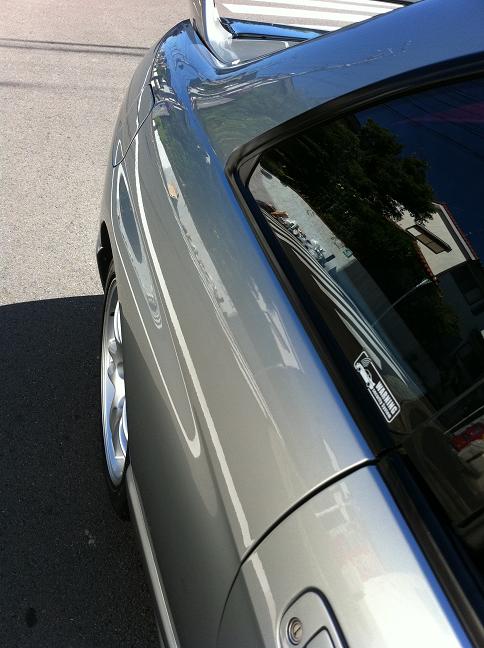 But that wasn't all - I then decided to put on some carbon bling that I had taken off before - the side panels to the rear wing - when the clips fell off.

Here is the wet carbon blade compared to the stock plastic insert: 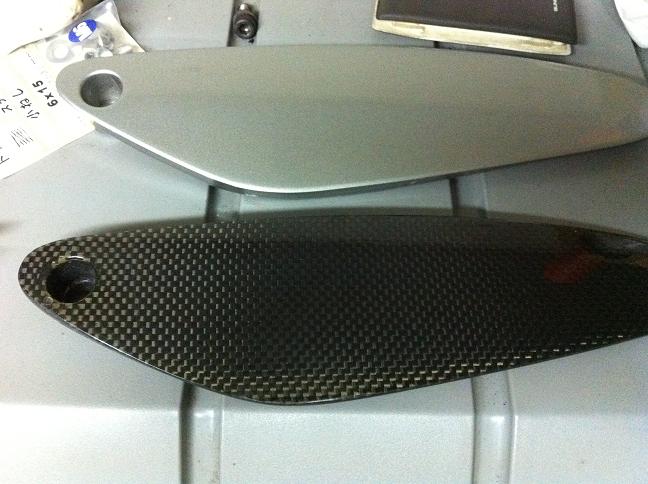 And here is the solution - those metal clips designed to route wire, with the adhesive tape on the backside (I think the carbon items had something similar originally, except the tape was much weaker): 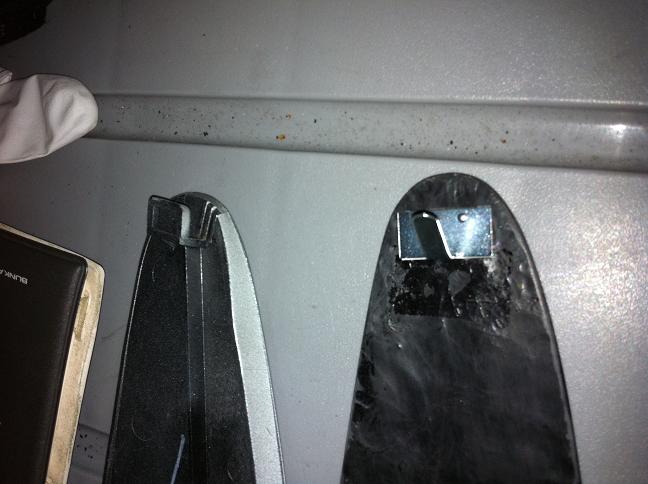 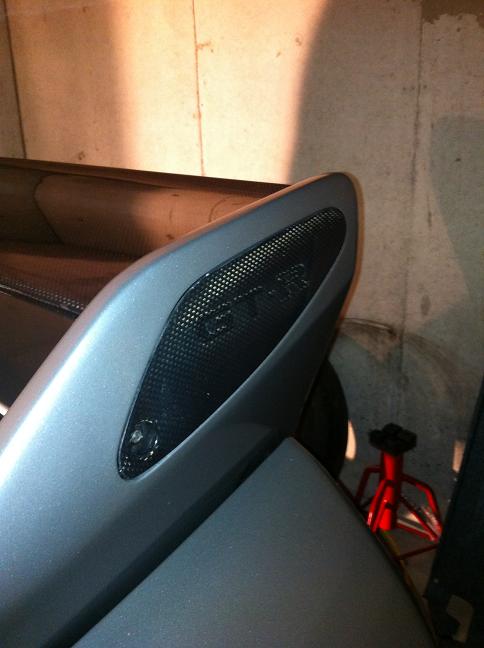 But that wasn't all! I kept going - and this time installed the Optima yellow top that I had lying around as well.

But getting to the battery wasn't easy - not only did I have to remove the trunk wall (black steel), but also the standard tower bar! 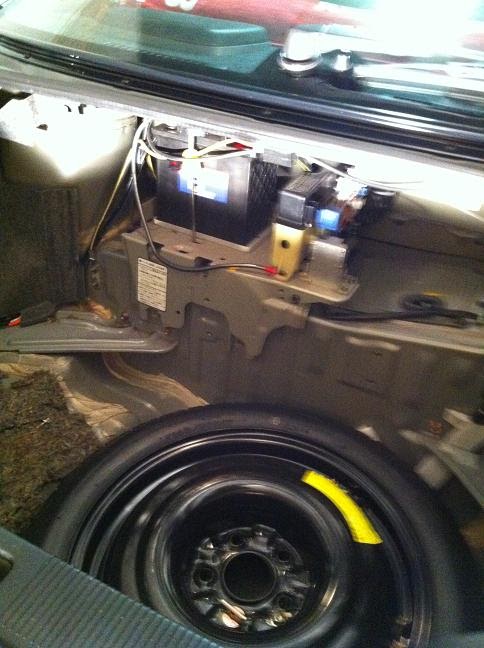 And check out the size of this thing!
From the top: 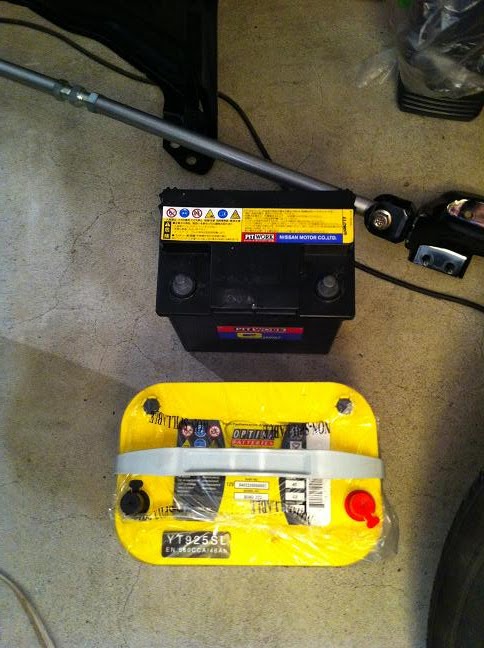 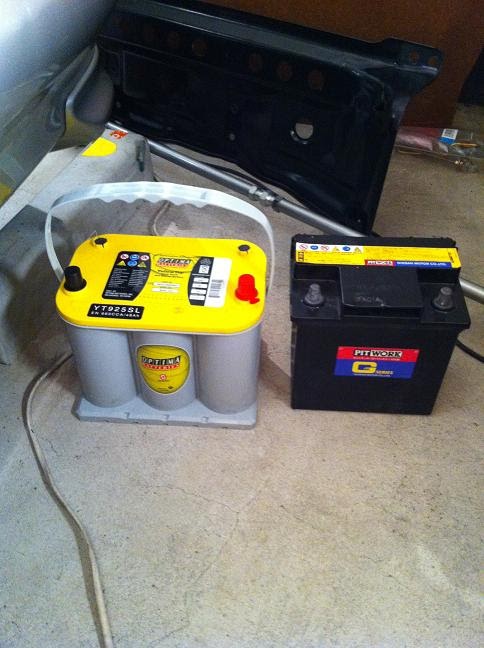 Here it is, I finally got it sitting in snugly in the bay (note - not for the weak of arm, hoisting it up into the bay requires some muscle!) 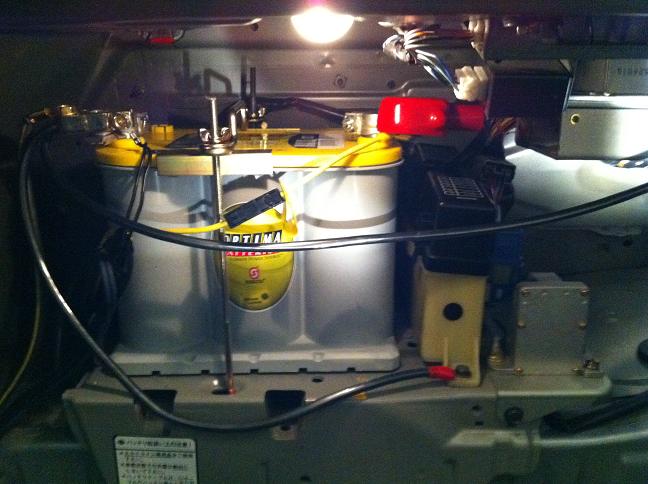 Apologies for the bad picture - but here it is, done! 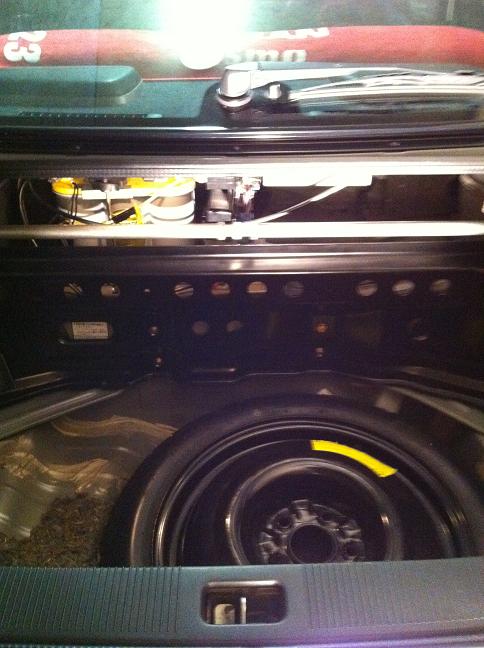 The result - I can't believe how easily the engine starts now! There is not only no loss of power, but the starter seems to be a bit more eager in how it cranks! Nice!

Next project - start figuring out ways to reduce the car's weight it gained from the Optima! Seriously, thinking of some titanium bolts, maybe some anodized washers (yes, BLING) for the engine bay... stay tuned!
Posted by Aki at 1:00 AM

you wouldn't have the optima battery part number for the fitting kit would you.